Marton Fucsovics stuns Stan Wawrinka in a thrilling five-setter on Wednesday to reach the third round of the Australian Open.

“After playing four hours, I was not thinking about any tactics or how can I win this point,” said Fucsovics. “I just wanted to survive somehow, put every ball back, fight until the end. Against Stan, it is not easy. He is a very experienced player. He won three Grand Slams, but today I was the stronger [player] mentally.”

The Hungarian has built up a reputation in recent years as a dangerous player with the game to blow any draw wide open. He outlasted No. 14 seed Grigor Dimitrov in five sets at last year’s US Open, and cooled off World. No. 4 Daniil Medvedev in the first round of Roland Garros.

On Wednesday, it was No. 17 seed Wawrinka who couldn’t find the answers. Fucsovics took a two-set lead and saved three match points in the final-set tie-break to prevail after a four-hour marathon in Melbourne.

“[It was a] tough match of course, five sets, four hours. [It is] always a difficult battle against my opponent… Today was the same,” said Wawrinka. “[It was] not the best level for me, but again, I was fighting. I had some chances to finish the match, I didn't finish [it], I hesitated a little bit when I had the match points and I lost it.”

You May Also Like: The Ironman Of Tennis: Why Fucsovics is Tennis' Most Underrated Player

Fucsovics, No. 55 in the FedEx ATP Rankings, needed five sets and over four hours to overcome wild card Marc Polmans in his first-round match, and the Hungarian looked battle-ready from the first point against familiar foe Wawrinka.

Despite coming into the matchup trailing 1-3 in their ATP Head2Head record, Fuscovics was channeling the level that steered him to a straight sets win over the Swiss player in the quarter-finals of the 2018 Gonet Geneva Open en route to his only ATP Tour title.

Matching the No. 17 seed blow for blow, Fucsovics made the perfect start as he outran Wawrinka from the baseline to claim an early break. Although the Swiss player eventually got back on serve, the Hungarian’s pace continued to give him problems. Wawrinka’s unforced error count grew as the match unfolded, and Fucsovics capitalised on the lapse to take the opening set and start the second set with a daunting 4-0 lead, reeling off seven games in a row in the process.

Instead of panicking, the three-time Grand Slam winner instead jolted to life after dropping the second set. Wawrinka shook off the early frustration and started the third set with a crucial break. He dialed up the aggression to dictate the rallies, taking the ball early and keeping his opponent on the move. Fucsovics seemed to be finally feeling the long hours on court, and increasingly struggled to keep pace with the 35-year-old after the match crossed the two-hour mark. Wawrinka kept the lead to close out the third set, and an early double break in the fourth set sent the contest into a decider. 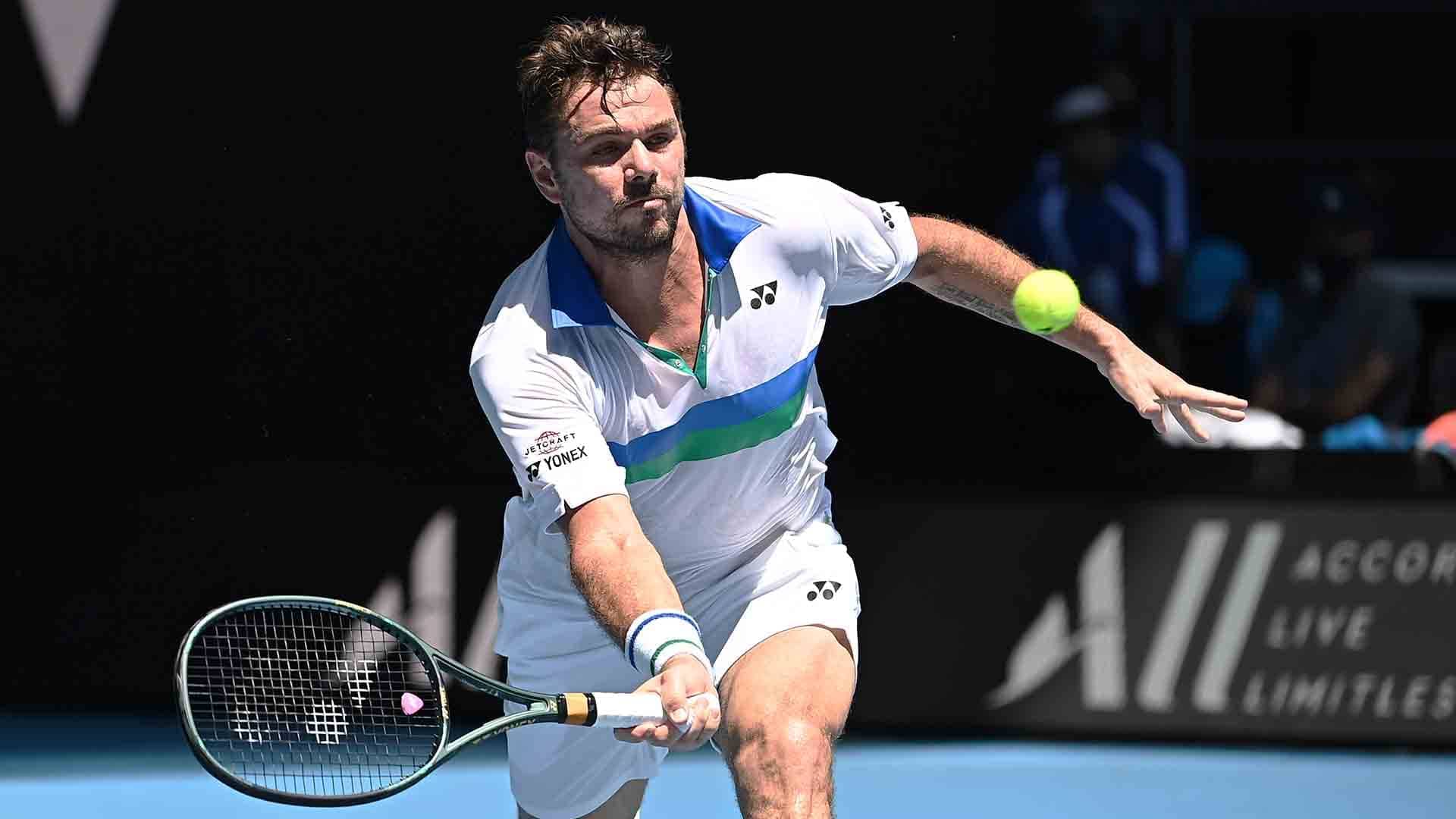 With his two-set lead erased, Fucsovics approached the fifth set swinging freely and once again met Wawrinka blow for blow. The Swiss player was attempting to pull off his first comeback from two sets down since 2013 Roland Garros, but he couldn’t cross the finish line as Fucsovics earned a late break of serve at 5-3. Wawrinka broke straight back to send them into a 10-point Match Tie-break, where he opened up a 6/1 lead and surged ahead to three match points. The Hungarian saved all three to prevail after a four-hour battle.

“From 6/1, I started to hesitate a little bit [in] the way I was playing,” said Wawrinka. “I wanted to put the ball maybe too much in and I [was] not going completely for my shots and that's when I started to miss a little bit and it helped him to come back in the match. He was fighting well, he's a tough player, he's a good player and he deserved to win.”