Geneva tournament organisers presented Stan Wawrinka with a chocolate replica of his 2016 US Open trophy.

Flashback: Wawrinka's Trophy Worth Its Weight In… Chocolate!

ATP Staff
This article contains:
Learn about the special gift Wawrinka received from his home event in 2016

Stan Wawrinka won one of the biggest titles of his career at the 2016 US Open, and one of his home country’s tournaments certainly took notice.

Later that year, the organizers of the Geneva Open presented Wawrinka with a sweet surprise: a replica US Open trophy handmade entirely of chocolate!

The full-size trophy, carefully crafted from several kilos of chocolate, took two full days to build and was given to the Swiss star at a pre-tournament press conference. Then World No. 4, Wawrinka won his first title on home soil in May 2016 in Geneva.

“This is a lovely idea from the tournament,” said Wawrinka. “The trophy looks great, what a nice surprise! It’s good that I already started working on my fitness with Pierre Paganini.”

Wawrinka asked how long he could keep the chocolate trophy and was told it would be edible for about a week. The tournament wrapped and delivered the trophy to him following the presentation to ensure it would arrive intact.

Perhaps that made his victory in Geneva the following year, when he retained his crown, even sweeter. 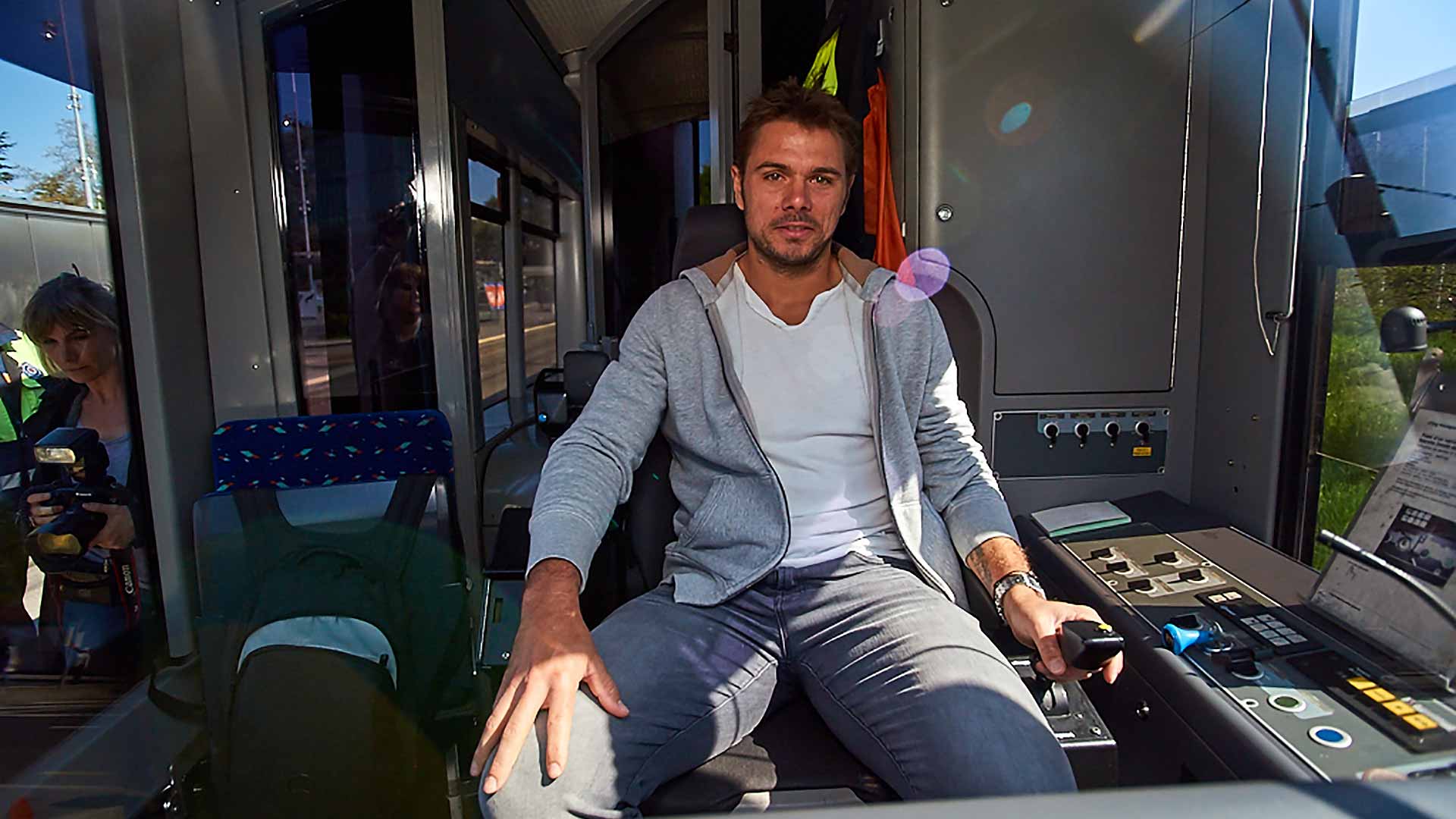 Those aren’t the only special moments Wawrinka has had at the ATP 250 tournament, though. In 2016, he helped launch the Geneva Open tram. He joined Tournament Director Thierry Grin, organisers and media, taking the tram from Place de Neuve to the United Nations.

“The tram looks great. It’s a very nice initiative from the tournament,” said Wawrinka. “It’s always a pleasure to play at home, especially here, in my region.”