Former World No. 3 Stan Wawrinka fired 35 aces in a late-night thriller in the first round of the Abierto Mexicano Telcel presentado por HSBC on Monday, but even that was nearly not enough.

Wawrinka saved all nine break points he faced — including seven combined in the final two sets — to defeat the gritty two-time Next Gen ATP Finals competitor, who battled hard under the lights.

All the momentum appeared in Tiafoe's corner, as the 22-year-old saved four total match points in two separate service games towards the end of the decider to force a third-set tie-break. Wawrinka made three wild unforced errors in those four points.

But 'Stan the Man' remained calm under pressure, playing his best tennis — as he did throughout the match — when he needed it to reach the second round. Wawrinka landed 72 first serves in the clash, with 48.6 per cent of them resulting in aces. The third seed won 93 per cent of points on his first delivery, and that was the key.

Whenever Wawrinka landed the first aggressive shot in a rally — or took control of it with his serve — he rarely found himself troubled. But after the first set Tiafoe increasingly stepped into the court when he had the opportunity, and began charging the net. On the fourth match point he faced, the 2018 Delray Beach Open by VITACOST.com champion serve and volleyed, winning the point with a drop volley winner.

But it was not enough, and Tiafoe has now lost 13 consecutive tour-level deciding sets. Fittingly, Wawrinka ended the match with his 35th ace. 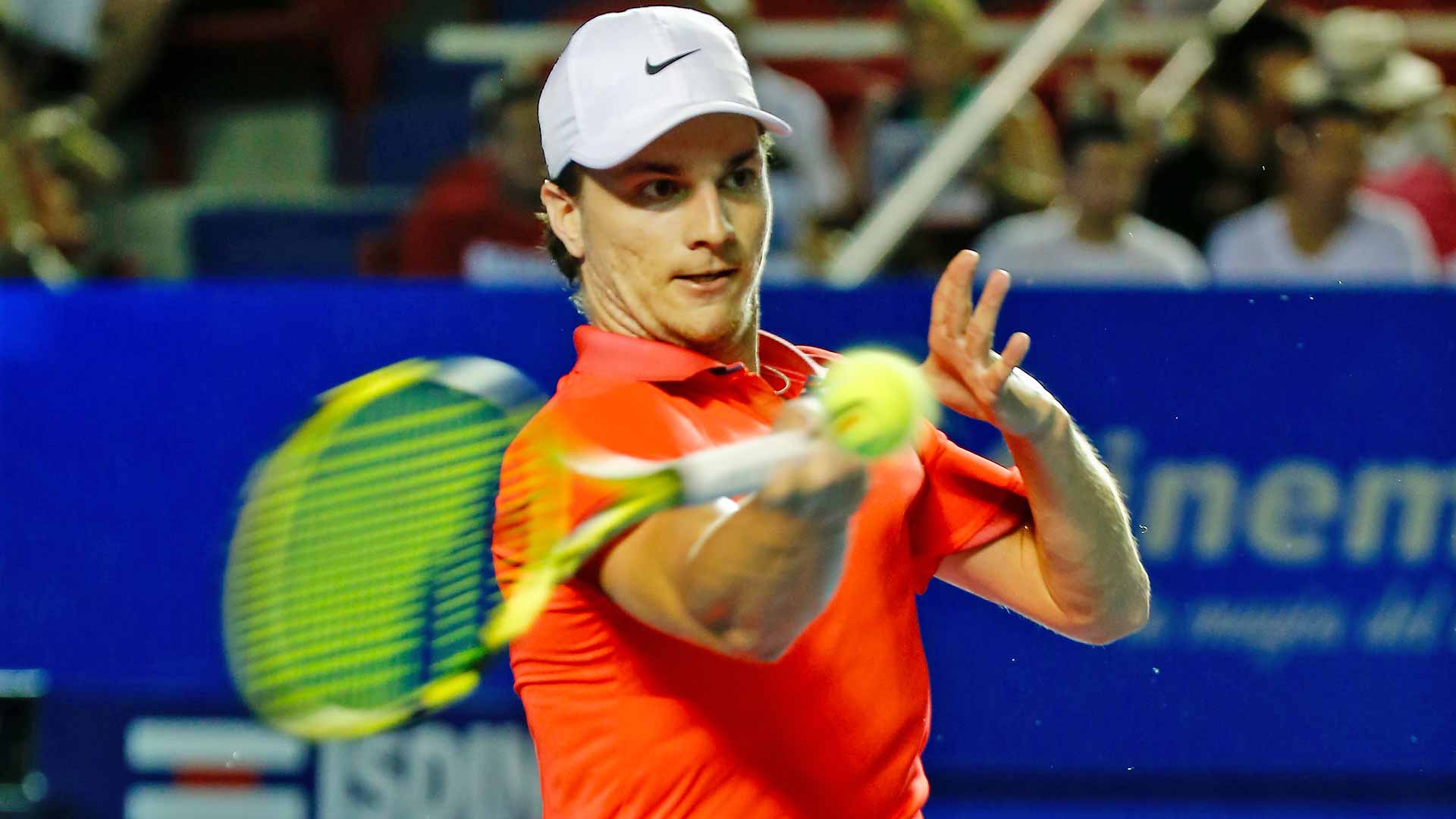 Alex de Minaur defeated Miomir Kecmanovic at last year's Next Gen ATP Finals. But Kecmanovic got his revenge on Monday evening in Acapulco, rallying past the Aussie 3-6, 6-4, 6-3 in one hour and 59 minutes to reach the second round.

Kecmanovic, the World No. 50, is just three spots off his career-high FedEx ATP Ranking. The 20-year-old has enjoyed a strong start to the season, reaching the semi-finals at the Qatar ExxonMobil Open and the New York Open.

Kecmanovic made it clear from early in the match that he wanted to control play against the speedy De Minaur. But at first, the Aussie had the answer for Kecmanovic's aggression from the baseline, winning 71 per cent of his second-serve return points in the first set.

The Serbian did not back down, though, saving all eight break points he faced in the final two sets to triumph. This was De Minaur's first match since pushing Rafael Nadal to three sets in the semi-finals of the ATP Cup in Sydney. Kecmanovic will next play top-seeded Nadal or his fellow Spaniard, Pablo Andujar.

Tommy Paul won an all-American battle against Mackenzie McDonald 6-7(4), 6-4, 6-4 to set a potential clash against second seed Alexander Zverev, who opens against qualifier Jason Jung. Paul is at a career-best World No. 66.

In the final match of the day, Kyle Edmund swept past Feliciano Lopez 6-4, 6-1 in 69 minutes, hitting 11 aces and losing just one first-service point (28/29). He awaits the winner of fourth seed Felix Auger-Aliassime and lucky loser Alex Bolt.