Soon-woo Kwon enters Wimbledon as one of the dominant performers on the ATP Challenger Tour this year.

Josh Meiseles
This article contains:
A look at the ATP Challenger Tour stalwarts poised to make a run in London

For the next fortnight, all eyes will be on the stars of the ATP Tour as they battle for the coveted Gentlemen's Singles Trophy at Wimbledon.

Roger Federer is seeking an unprecented ninth title, while Novak Djokovic looks to retain his crown and Rafael Nadal targets a return to the throne at the All England Club. Which players will provide the surprises and upsets of the tournament? And which under-the-radar title contenders are in the mix?

There are plenty of questions to be answered over the next 14 days and the stakes couldn't be higher. For players looking to rise the ATP Rankings on the ATP Challenger Tour, a berth in a Grand Slam main draw is a significant prize. A platform to showcase their skills and eventually take the next step on the ATP Tour, it presents a huge opportunity on a global stage.

A strong performance at Wimbledon can prove to be career-altering for many Challenger stars, as they target the Top 100 and beyond. So, which players are poised to wreak havoc on the draw? We look at five to watch on the lawns of SW19...

Soon-woo Kwon (KOR)
The first three players on this list are carrying the mantle for the ATP Challenger Tour youth movement in 2019. You'd be hard-pressed to find a more dominant trio aged 23 & under than Soon-woo Kwon, Kamil Majchrzak and Corentin Moutet. A combined 83 match wins and six titles have them soaring towards the Top 100 and beyond.

Kwon is leading the charge, with the top Korean boasting a 30-11 mark, behind a pair of crowns in Yokohama and Seoul. He is one of just two players with 30 match wins this year, along with Gianluca Mager, and enters his Wimbledon debut on the heels of strong performances at the grass-court Challengers.

In the first grass tournaments of his pro career, the 21-year-old reached the Round of 16 at both the Surbiton Trophy and Ilkley Trophy, before streaking through Wimbledon qualifying with the loss of just one set. He will look to build on a career-high standing of No. 126 in the ATP Rankings when he opens against Karen Khachanov on Monday. It will be his first match against a Top 10 opponent.

Kamil Majchrzak (POL)
The future of Polish tennis rests on the shoulders of World No. 52 Hubert Hurkacz and the 23-year-old Majchrzak. The only Poles in the Top 500 of the ATP Rankings, they are carrying the torch this fortnight. While Hurkacz enjoyed his breakthrough campaign last year, culminating in an appearance at the Next Gen ATP Finals, his countryman is making a push of his own in 2019.

Majchrzak has risen more than 60 spots to a career-high No. 111 since the start of the season, boasting a 28-10 record with titles in St. Brieuc and Ostrava. Moreover, his 73.7 win percentage is Top 5 among all players this year. Having already surpassed his 2018 win total and having pushed eighth seed Kei Nishikori to five sets at the Australian Open, it is proving to be a breakout season for Majchrzak.

He will face Fernando Verdasco to open his Wimbledon campaign, with top Brit Kyle Edmund looming in the second round. But after reaching the Ilkley semi-finals behind wins over Yuichi Sugita and Jiri Vesely, and storming through qualifying without dropping a set, the Pole is certainly one to watch at SW19. 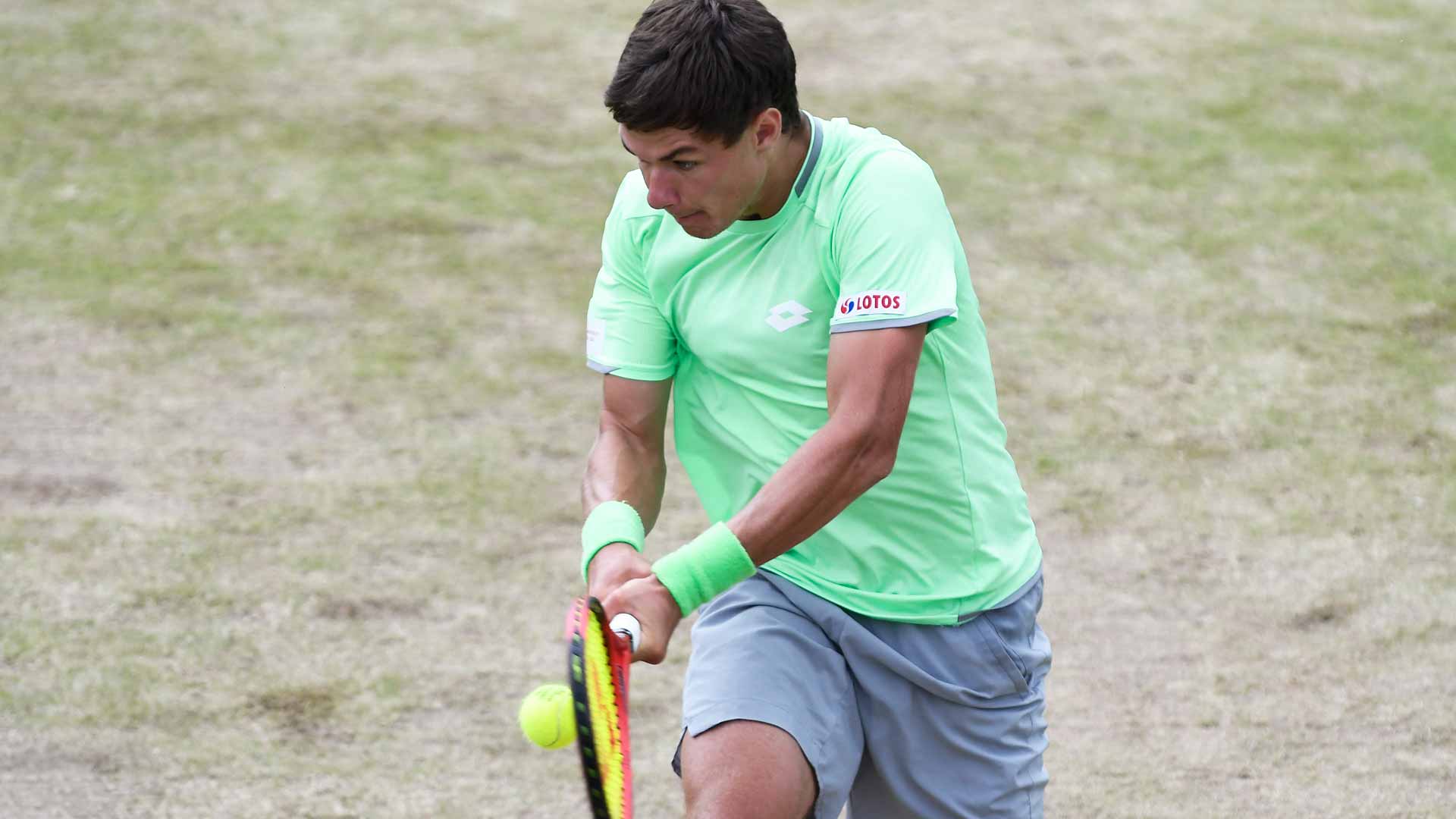 Corentin Moutet (FRA)
Don't let his lack of grass-court experience fool you. Moutet has been a force this year, regardless of the surface. One of just four players with titles on both hard and clay, in Chennai and Lyon, the #NextGenATP Frenchman is playing the best tennis of his young career leading into Wimbledon.

In the last six weeks, the 20-year-old reached a Challenger final in Samarkand, won the title at the Open Sopra Steria in Lyon, advanced to the third round at Roland Garros and battled through qualifying at Wimbledon. The recent run has seen him vault to seventh position in the ATP Race To Milan and a career-high No. 85 in the ATP Rankings.

And Moutet is already battle-tested on the grass. In his qualifying opener, he fought from a break down in the deciding set to defeat Lucas Mielder 6-4, 3-6, 8-6. The Frenchman will hope to carry the momentum against Grigor Dimitrov on Monday. It will be the third match on Court 15.

You May Also Like: Scouting Report: 12 Things To Watch At Wimbledon

Dominik Koepfer (GER)
It has been a whirlwind month of June for Koepfer, who will make his Grand Slam debut on the heels of a maiden ATP Challenger Tour title in Ilkley. The German capped the grass-court swing with a 3-6, 6-3, 7-6(5) comeback win over Dennis Novak, saving a championship point in the process.

One week after pushing eventual champion Daniel Evans to the brink of defeat in the Nottingham quarter-finals, Koepfer would not be denied at the Ilkley Trophy. He reeled off 10 sets in a row to reach the final, including convincing wins over Top 100 players Yannick Maden and Ugo Humbert.

Koepfer, who was mired in a 4-10 stretch entering the grass season, found his form in a hurry. The 25-year-old was rewarded with a career-high No. 132 in the ATP Rankings and finds himself with a favourable draw at the All England Club. Making his debut at SW19, he opens against Filip Krajinovic, who is searching for his first grass-court match win since 2015. 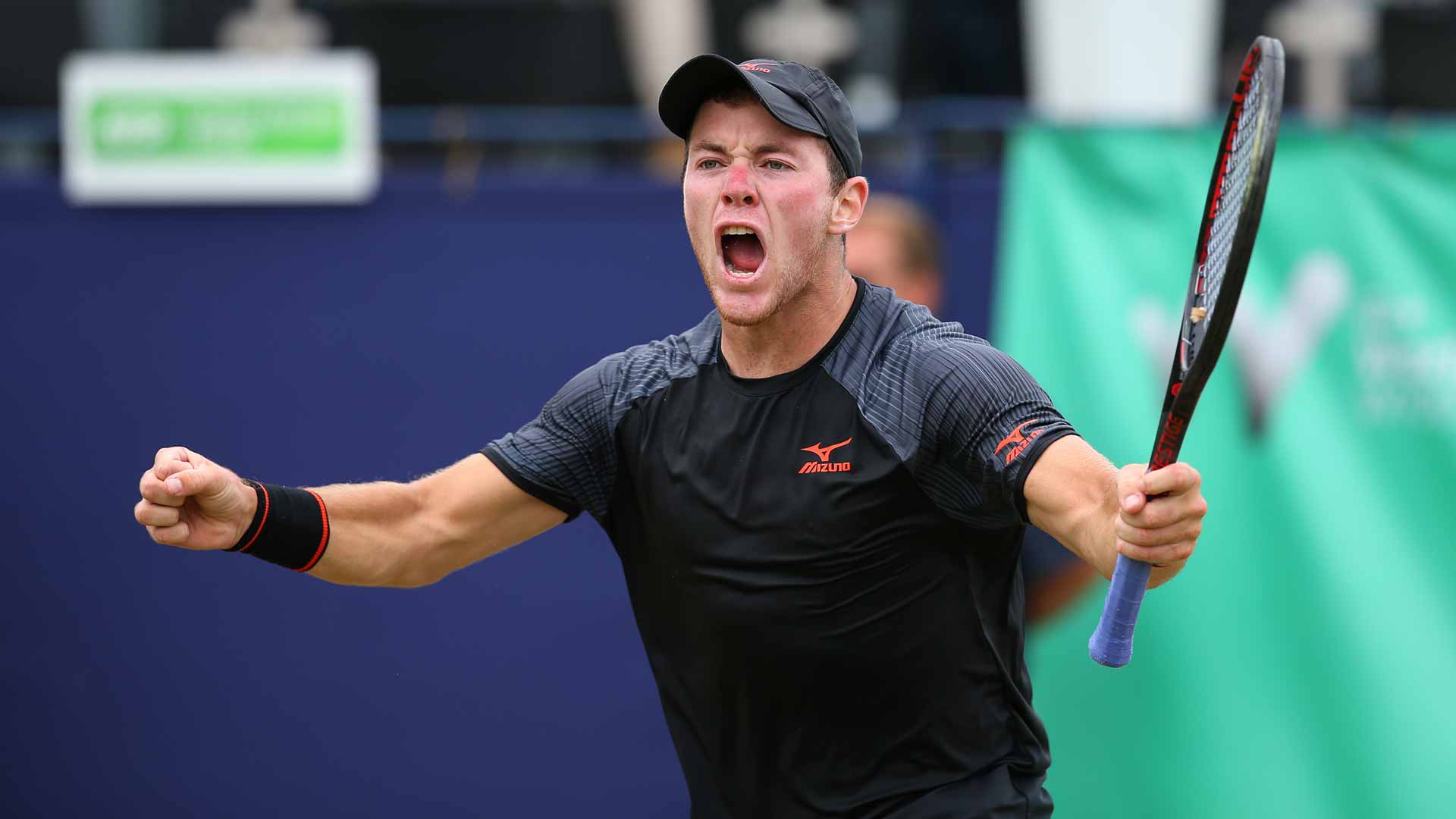 Dennis Novak (AUT)
Last year, Novak emerged as one of the biggest surprises at Wimbledon. In his debut appearance at the All England Club, the Austrian battled to the third round as a qualifier, notching his first Top 20 win over Lucas Pouille.

Novak will hope history repeats itself in 2019. Once again, the 25-year-old is back in the main draw after moving through qualifying, and at No. 104 in the ATP Rankings, the Top 100 could arrive in the near future. He opens against Marton Fucsovics on Tuesday.

The Austrian is certainly riding a wave of momentum into Wimbledon, having reached the quarter-finals in Nottingham and championship match in Ilkley. Novak's game thrives on the faster surfaces, as evidenced by his recent grass-court results and maiden Challenger title on the indoor hard courts of Taipei City in April. 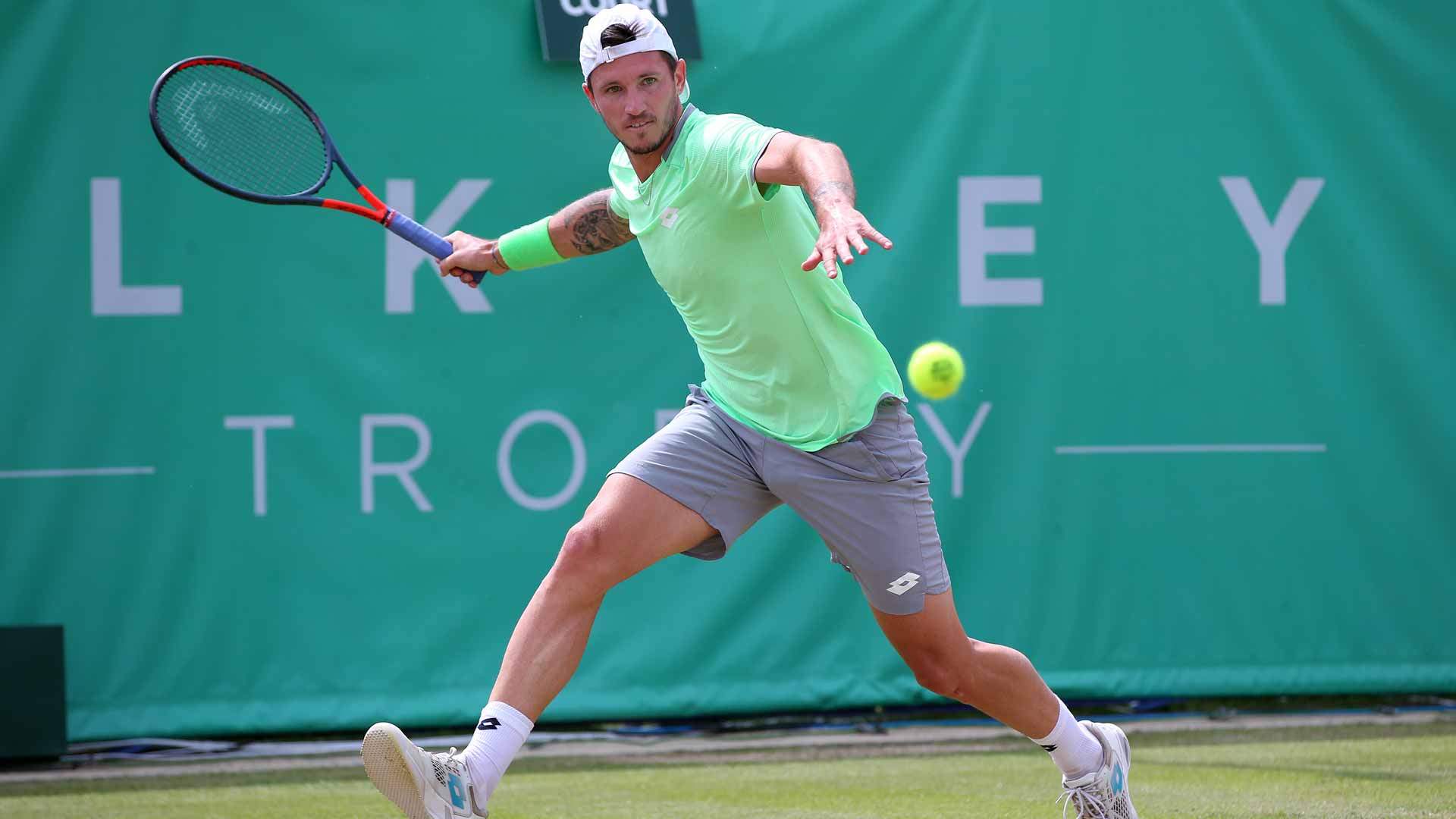 Others To Watch
Having peaked at No. 41 in the ATP Rankings in 2017 and back inside the Top 100 once again, Daniel Evans isn't your typical Challenger-level player. But he enters Wimbledon on the heels off a ruthless grass-court run with consecutive titles in Surbiton and Nottingham. The 29-year-old became just the second player to win consecutive Challengers on grass in the past 20 years. Using his flat groundstrokes and low backhand slice, Evans poses a daunting test on the surface.

Also keep an eye on Spanish veteran Pablo Andujar and Lithuania's Ricardas Berankis. While he has not competed on grass since 2015, Andujar is one of the hottest players on the planet this year. With a Challenger-leading 19-2 (.905) record and three titles, he is surging at No. 77 in the ATP Rankings. And right behind the Spaniard on the win-loss leaderboard is Berankis, owning a 19-3 (.864) mark and a trio of trophies. Andujar opens against Mikhail Kukushkin, with Berankis facing Denis Shapovalov.