Paul Jubb kicks off his professional journey on home soil, on the grass courts of the U.K.

It was nearly one month ago that Paul Jubb celebrated the greatest moment of his young career.

The 19-year-old became the first British player to win the NCAA singles title, making a statement on the U.S. college scene. As Jubb fired a forehand winner, he collapsed to the court in ecstasy. A rapturous applause greeted him from his University of South Carolina teammates and coaches.

Jubb defeated top seed Nuno Borges of Mississippi State to complete the fairytale run and thrust himself into the history books. It was the culmination of years of hard work and perseverance, both on and off the court.

Where many college players would welcome a summer of rest and relaxation after a long season, Jubb is wired differently. Within days of lifting the NCAA trophy, it was announced that he was given a wild card into the Surbiton Trophy, the first stop on the ATP Challenger Tour grass swing. Subsequent wild cards were awarded for Nottingham and Ilkley. With the opportunity to kick off his Challenger career and test his talents at the pro level, it was too good to pass up.

"It was a really good test for me, to play those Challengers," Jubb told ATPChallengerTour.com. "And it was important for me to go out there, compete really hard and see what I can do. It's been a good reality check and showed me that I'm on the same level as these guys." 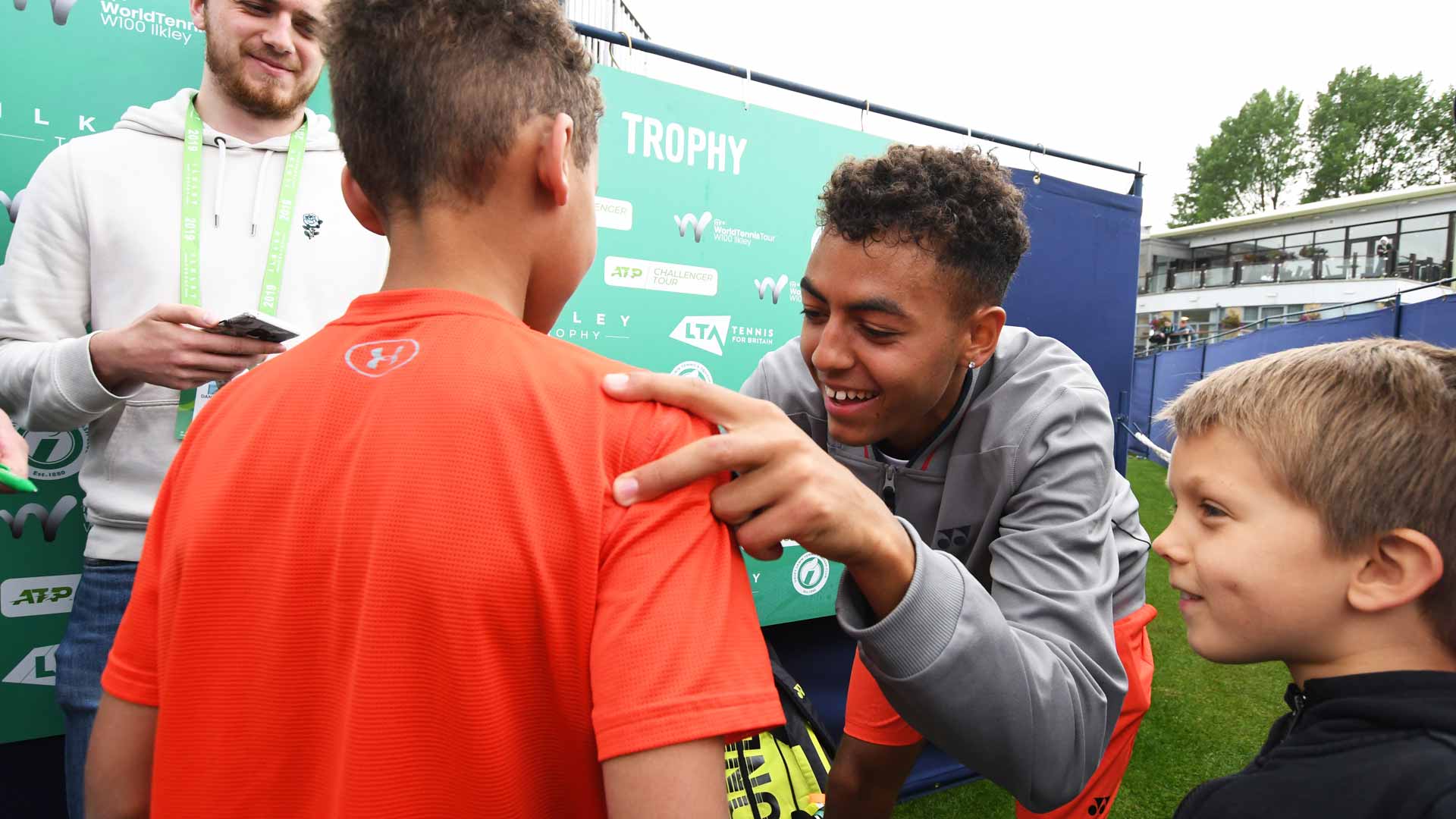 With one year of eligibility left, his college career might not be completed, but Jubb was ready to make his Challenger debut. After falling to countryman James Ward in Surbiton, he defeated former Top 100 stalwart Jurgen Zopp in Nottingham and went one step further in Ilkley, reaching the Round of 16.

"I learned a lot about my ability and what I can do. Just to trust in my game, because it is good enough to compete at this level. I'm just trying to rack up confidence at this level. It's all new to me, but I'm really happy with how it's going.

"My time at South Carolina prepared me for these moments. It was a very busy season and I was playing against good players throughout the whole year. It was my best year yet at USC. It did a lot for me, for these moments."

From taking the NCAA title to earning his first Challenger match wins, and then qualifying for his first ATP Tour main draw in Eastbourne, it has been a whirlwind month for the Hull native. He would stun Andrey Rublev to book his spot in the main draw at the Nature Valley International, securing his first Top 100 win in the process. And it's not over yet. Jubb will make his Grand Slam debut at the All England Club, after learning he was awarded a Wimbledon wild card. He will open against World No. 66 Joao Sousa on Tuesday.

“I’ve been really grateful for the chance to play in Ilkley, Nottingham and Surbiton over the past few weeks and now Wimbledon. As a young lad growing up in Hull it was a big dream to get to SW19 so thank you to the AELTC and LTA for giving me this opportunity.”

Jubb is hoping to follow in the footsteps of a long lineage of NCAA champions who have enjoyed success on the professional circuit. Bradley Klahn (2010), Steve Johnson (2011-12) and Mackenzie McDonald (2016) are all in the Top 100 of the ATP Rankings. And World No. 158 Marcos Giron (2014) qualified for Wimbledon on Thursday. 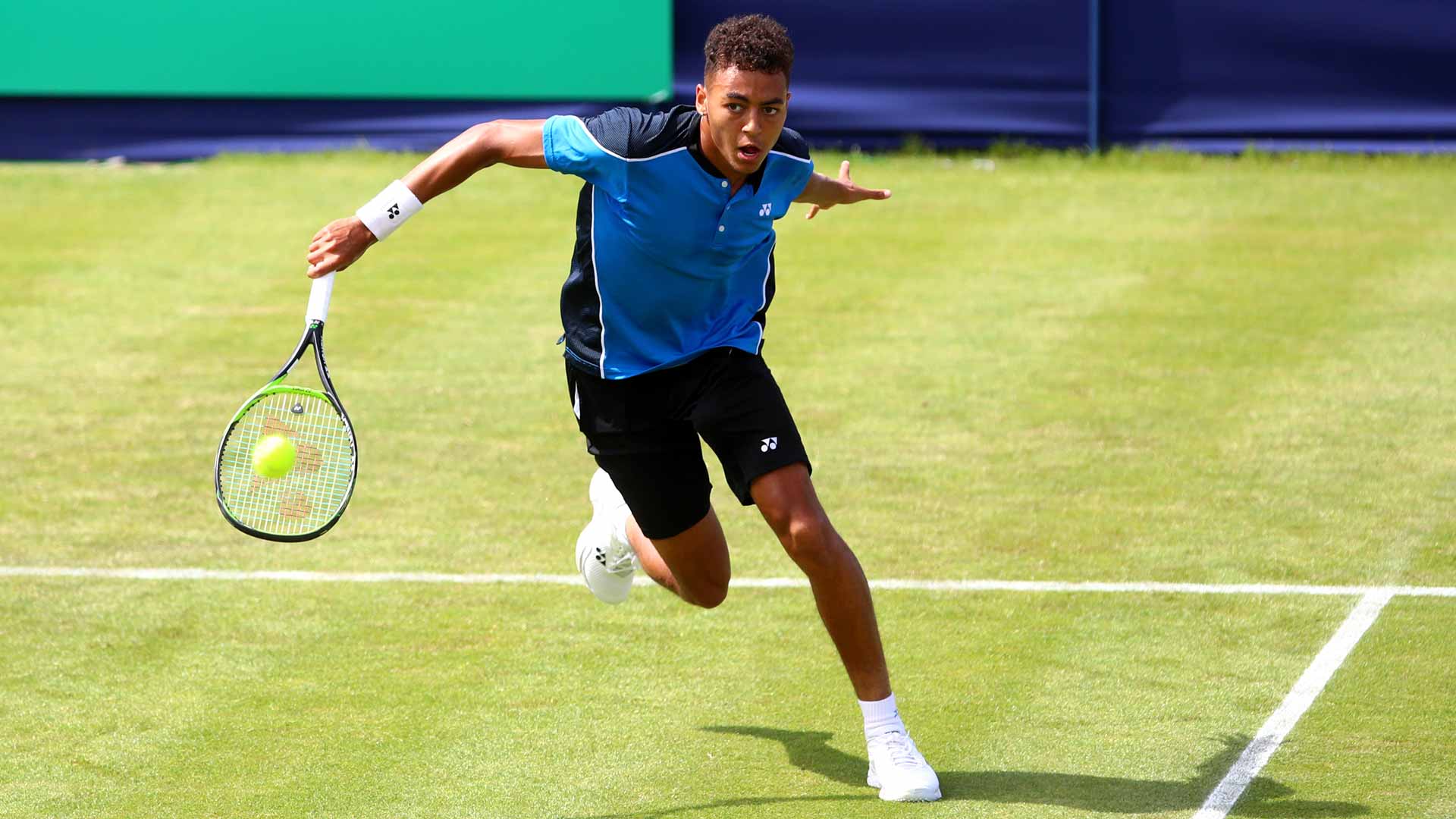 Jubb's story is one of sheer perseverance and conquering the odds. Through unimaginable loss following the death of his parents, his disadvantaged background provided obstacles to overcome at an early age. Tragically, his father Shaun, a soldier, took his own life when Paul was one year old and his mother Jacinta also passed away when he was child. Today, he honours his parents with a tattoo of their names on his left torso.

Raised by his grandmother Valerie from the age of four, it was around that time that he first picked up a racquet. Jubb was an under-the-radar recruit by South Carolina head coach Josh Goffi and entered his freshman year with the Gamecocks without expectations. Two years later, he is the NCAA champion and will compete at the All England Club for the first time.

"Josh came to my hometown club in Hull and I told him if he gave me the same opportunity as all the other players, I'll be the best and rise to the top. Somehow it happened. I worked so hard to get to that point. The first time we spoke, we hit it off straight away. I've already spoke to Josh about next season, attacking it with the same mentality and being relentless. I want to not be satisfied with any of this but keep striving for more.

"What I like about tennis is that it's all on me. If I fail, it's on me. If I lose, I normally leave it all out there on the court, and I'm happy in knowing I gave all that I could. You have to be able to control your own mind because it can be so hard not to allow yourself to become negative in certain moments."

Jubb, whose mother was born in Kenya, says that fellow #NextGenATP star Frances Tiafoe has been a source of inspiration over the years. Tiafoe's parents emigrated to the United States from Sierra Leone. When Jubb first became aware of the American's story, it immediately gave him belief that he could thrive as a professional tennis player as well. 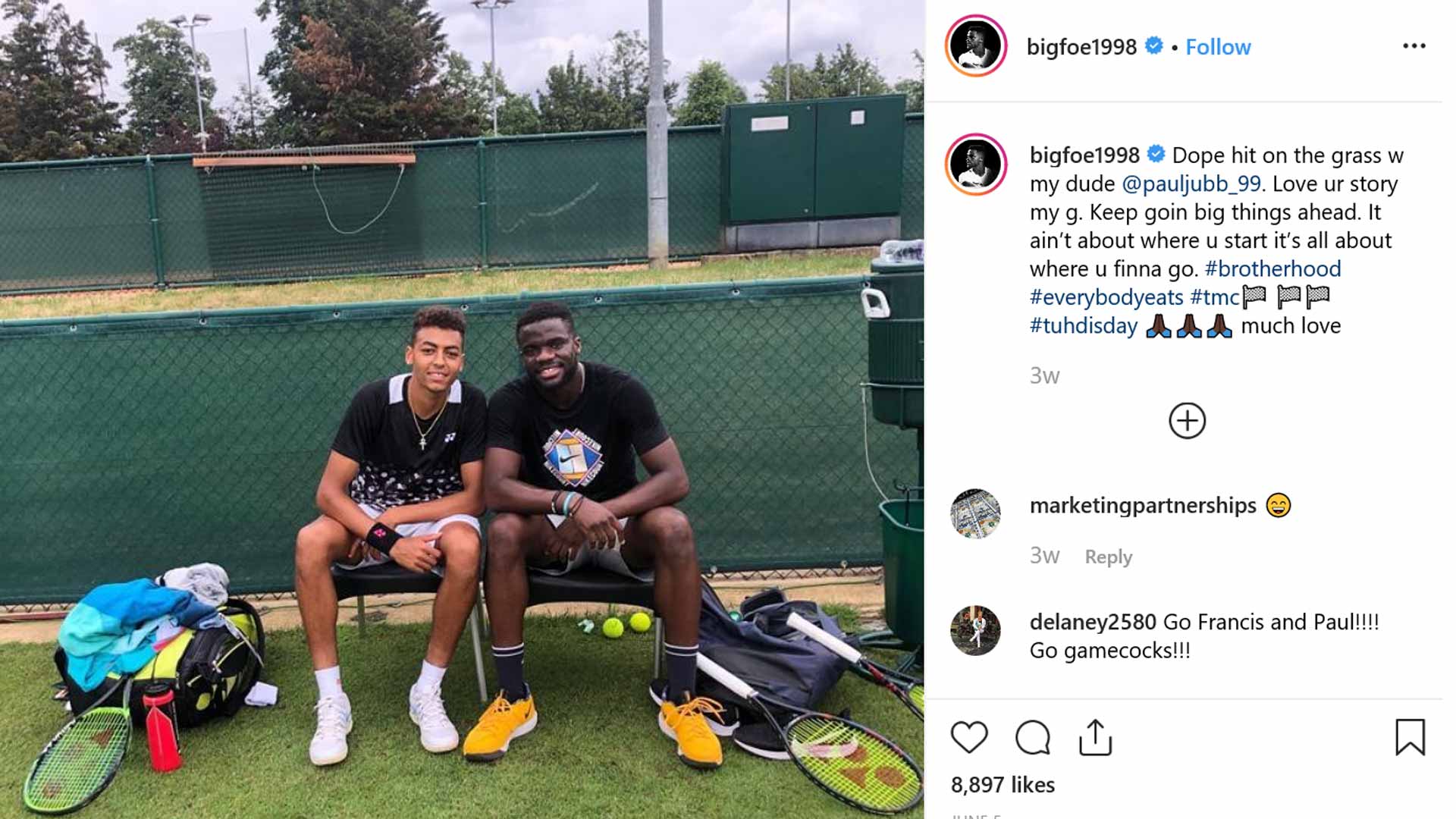 The 19-year-old can also take inspiration from countryman and former NCAA standout Cameron Norrie, who took a similar path and rose to the top spot in the college rankings with Texas Christian University. Norrie has since risen to a career-high No. 41 in the ATP Rankings last month and reached his first ATP Tour final in Auckland in January.

"I just need to keep working hard, keep pushing myself and hopefully the results will come. It's all about bettering myself now. I've always had a level head and I'm not letting this get to me. I've got way more to go and I know that. I just have to stay focused and on track."