J.J. Wolf is attempting to reach the Western & Southern Open main draw for the first time.

J.J. Wolf may not be able to play in his home city this year, but that did not stop the Cincinnati native from producing his best level in qualifying at the Western & Southern Open in New York.

In the first day of qualifying at the ATP Masters 1000 event, the wild card needed just 52 minutes to eliminate 11th seed Egor Gerasimov of Belarus 6-3, 6-1 on Grandstand. The 21-year-old, who captured two ATP Challenger Tour trophies earlier this year, converted each of his four break points to claim his spot in the final qualifying round for the third straight year.

Standing between Wolf and a place in the main draw is Spain’s Jaume Munar. The 2018 Next Gen ATP Finals semi-finalist made a quick start against 17th seed Federico Delbonis, before closing out the contest 6-1, 7-6(3). 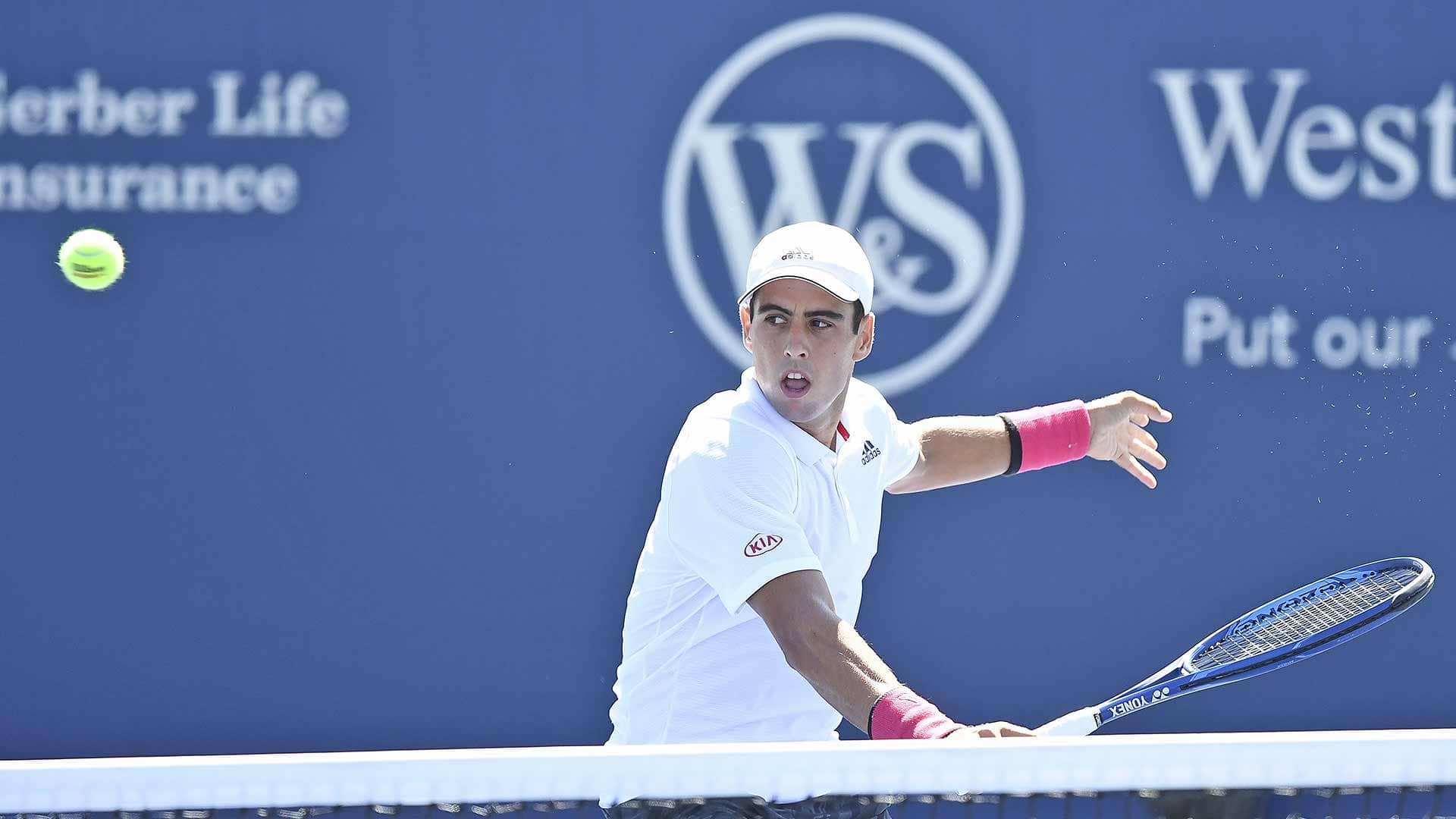 Munar’s countryman Pedro Martinez also secured a victory on his return to action, overcoming sixth seed Steve Johnson 6-3, 6-7(4), 6-2 after two hours and 25 minutes. Martinez saved each of the four break points he faced to book a meeting with Marton Fucsovics. The Hungarian beat #NextGenATP American Brandon Nakashima 6-2, 6-4 in 85 minutes.

France’s Gregoire Barrere will face Marcos Giron for a spot in the main draw. Both men cruised through to the final qualifying round, with Barrere defeating ninth seed Radu Albot 6-3, 6-2 and Giron charging past Laslo Djere of Serbia 6-2, 6-2.

Adelaide runner-up Lloyd Harris edged Mikael Ymer 7-5, 7-5 to confirm his spot in the final qualifying round. Harris will meet Andrej Martin in his next match, following the 30-year-old’s 6-2, 7-5 win against Rio Open presented by Claro finalist Gianluca Mager.