Alexander Zverev won an ATP Tour title for the fifth consecutive year on Sunday, defeating Felix Auger-Aliassime 6-3, 6-3 to triumph at the bett1HULKS Indoors.

"I had a very tough final in New York and the next final I played here I wanted to come out and obviously play my best tennis, finish the match," Zverev said during the trophy ceremony.

Zverev and Auger-Aliassime were meeting in the first of what might be many finals, but it was the German who proved superior to take a 3-0 lead in their ATP Head2Head series. The 2018 Nitto ATP Finals champion has not yet lost a set in their budding rivalry.

"Felix, you’re an unbelievable player. I know it doesn’t mean much right now, but I’m sure you are not only going to win one title, you’re going to win multiple, multiple titles in your career, bigger titles than this," Zverev said. "We know each other incredibly well… you’re going to be lifting a winner’s trophy very soon." 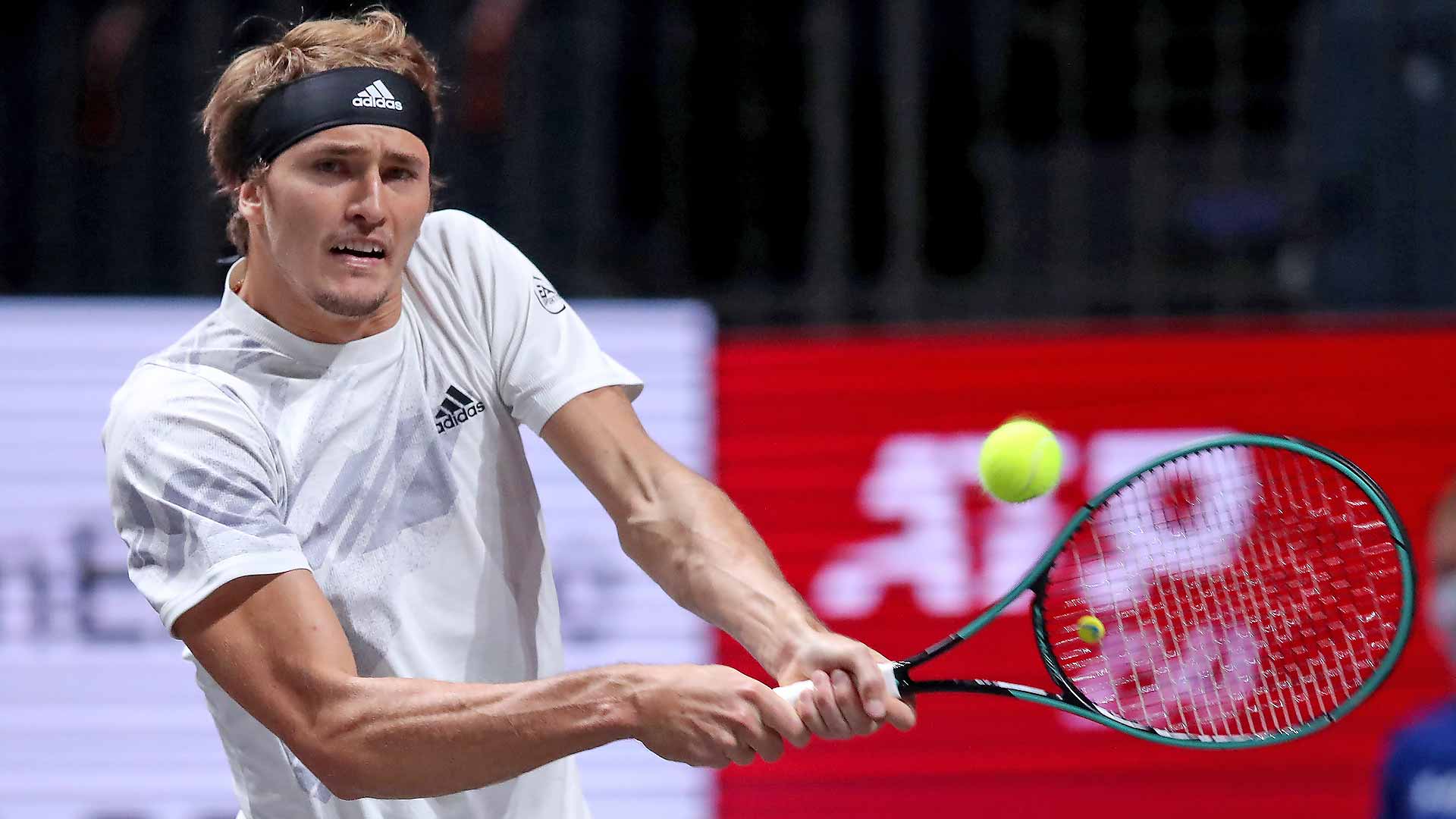 Photo Credit: Christof Koepsel/Getty Images
The World No. 7 has now won three tour-level trophies in Germany and he was dominant for most of the week in his home country. Zverev only lost one set en route to the ATP 250 title, showing an impressive balance of offence and defence to defeat Auger-Aliassime after one hour and 20 minutes.

"It was a good match. [In] the final I played my best tennis, as you should do in a final," Zverev said. "The week in general was very positive for me. Being back in Germany after over a year was very nice for me."

Zverev, who is now a 12-time tour-level champion, has won 10 of his past 11 matches on hard courts following his run to the US Open final. He is also the first German to triumph on the ATP Tour this year.

While Auger-Aliassime was able to power through the stout defences of second seed Roberto Bautista Agut in their semi-final Saturday, the 20-year-old couldn’t find the same success against the home favourite. Zverev did well to make the Canadian go for more from neutral positions, leading to errors on key points.

Zverev’s only hiccup came when serving with a double-break advantage in the opener, hitting back-to-back double faults to concede one of those breaks. But the 23-year-old remained calm and that paid dividends. He threw both arms in the air after Auger-Aliassime missed a forehand long to end the match.

The Canadian is now 0-6 in ATP Tour finals. Auger-Aliassime was trying to become the fifth first-time winner in 2020.

"I just played bad from start to finish," Auger-Aliassime said.

Zverev earned €24,880 for his efforts throughout the week and he adds 250 FedEx ATP Rankings points to his total. He has already qualified for a fourth consecutive appearance in the Nitto ATP Finals. Auger-Aliassime pocketed €19,790 and 150 points.

Both players will remain in Cologne to compete in next week’s bett1HULKS Championships. Zverev will again be the top seed and Auger-Aliassime will be seeded fifth.

"Quite happy that there are back-to-back weeks here at this indoor [venue]," Zverev said. "Next week is going to be difficult, but I'm looking forward to it already."