Felix Auger-Aliassime and Alexander Zverev clashed in the bett1HULKS Indoors final on Sunday. One day later, they both were taken to school.

Auger-Aliassime and Zverev got together in Cologne to learn from NHL Most Valuable Player Leon Draisaitl of the Edmonton Oilers.

“It was good fun to meet Leon, the MVP this year in the league. [It is cool that he is] playing for a Canadian team, also,” Auger-Aliassime said. “I love to meet athletes from other sports, especially hockey. Myself, I play a little bit for fun in the winter over there [in Canada]. It’s cool to experience it, see them from up close, see how they do and it was impressive to see him take a couple shots at the net.” 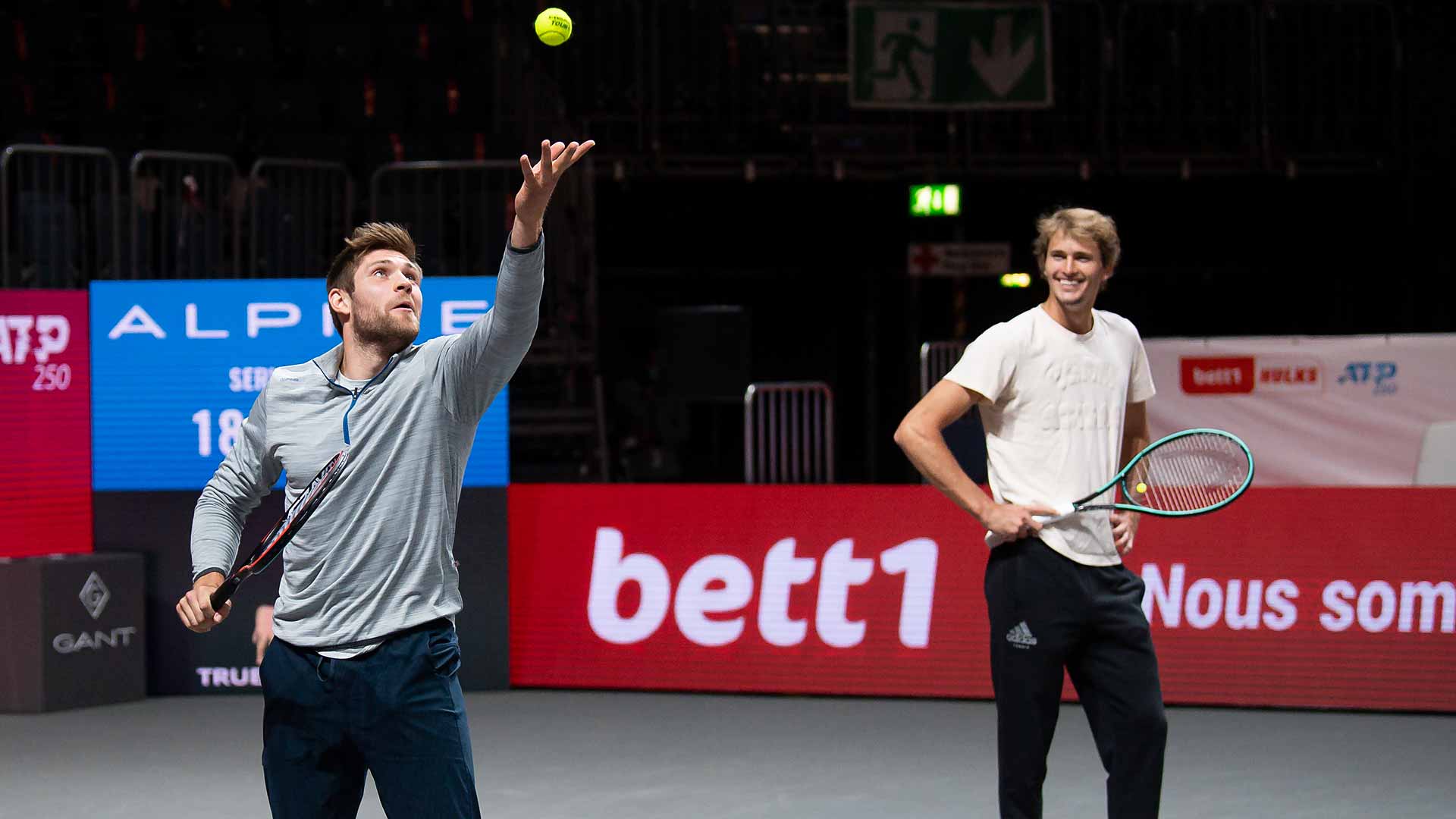 Photo Credit: bett1HULKS Championship/Paul Zimmer
Draisaitl has scored 93 goals and tallied 215 points for his team during the past two seasons, in which he has played 153 games. The hockey superstar was excited to interact with two of the world’s best tennis players. The trio shot pucks at small openings in a hockey net and also played tennis.

“They’re so good, they’re the best in the world. It’s not really my level here, but all in all it was a lot of fun,” Draisaitl said. “It’s fun to do it this way. Obviously as an athlete you always love watching other sports and it’s great to see those two. They’re obviously very successful. It was fun to meet them and [I] had a good day.”

German No. 1 Zverev enjoyed spending time with his countryman, Draisaitl, before beginning his run at this week’s bett1HULKS Championship. Zverev triumphed at the same venue last week.

“It’s always great to meet other athletes, especially somebody who has won the MVP in such a big sport as ice hockey and the NHL,” Zverev said. “It was great fun, but I’ll definitely stick to tennis.”

Auger-Aliassime and Zverev will put away the hockey sticks for now and refocus on tennis. Fifth-seeded Felix will play Egor Gerasimov in the second round, and Zverev will face John Millman or Fernando Verdasco.