Felix Auger-Aliassime came of age on Monday at The Championships, Wimbledon, when the 20-year-old Canadian fought for his place in a first Grand Slam quarter-final.

“It’s a dream come true, I’m just a normal guy from Canada,” said Auger-Aliassime. “It’s the biggest victory of my life, under a closed roof the atmosphere was amazing and I’m living this win with you.”

In a match where both players used their forehands to great effect in order to move up the court, Auger-Aliassime saved a set point at 5/6 in the second-set tie-break en route to only the fifth Top 10 win of his career over just four hours and two minutes. The Canadian struck 54 winners, including 17 aces, dropping to his knees in celebration at the biggest win of his career.

“It was super difficult, knowing I have never beaten him, let alone won a set against Alex," said Auger-Aliassime. "When he started to come back I really needed to dig deep and without the fans it would have been a lot tougher."

Auger-Aliassime, who had gone 4-6 on the spring European clay swing under the mentorship of Toni Nadal, has proven in the past few weeks just how much his game is starting to mature. Now with a 10-2 match record on grass in 2021, he will next challenge seventh-seeded Italian Matteo Berrettini on Wednesday. The pair met in a high-quality MercedesCup final two years ago, with Berrettini winning 6-4, 7-6(11) on Stuttgart’s grass.

"It sounds great to be in the quarter-finals, against a good friend of mine, one of the best players in the world," said Auger-Aliassime. "I think it will be exciting and I will attempt to play my best tennis.” 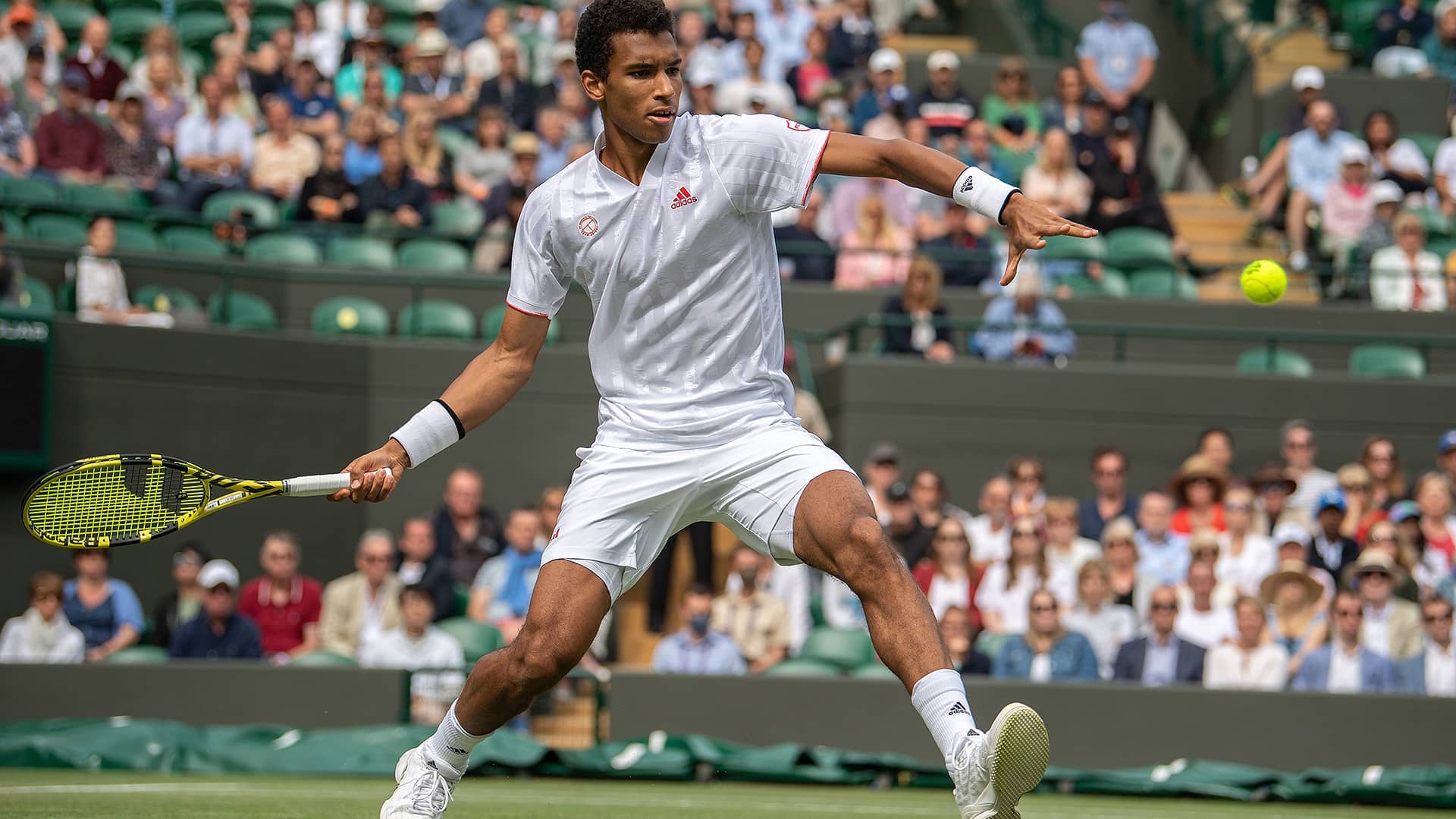 In a closely fought opening set, Zverev appeared to be in control. Auger-Aliassime won four straight game to clinch the set, but was immediately on the back foot in the second set. Once again, Zverev led 4-2, before Auger-Aliassime staged another comeback. Two aces and a forehand winner helped him to a 4/1 lead in the second-set tie-break, before he lost five of the next six points. He saved set point at 5/6 with an athletic smash.

To his credit, Zverev regrouped. From 2-2 in the second set, the German won 12 of the next 14 points for a 5-2 advantage and carried the momentum into the fourth set, winning the first two games. Zverev took the pair’s fourth ATP Head2Head meeting to a decider on the back of three consecutive errors from the Canadian.

With an early break and a 30/0 lead, Auger-Aliassime took control of the fifth set before rain suspended play at 6:30pm local time. The encounter resumed 35 minutes later, with the Canadian holding a point for a 3-0 lead on three occasions. Zverev battled back, but crucially missed a forehand volley at 3-3, 15/40 to hand his opponent the initiative.

Zverev is now 27-11 on the season, including title runs at the Abierto Mexicano Telcel presentado por HSBC in Acapulco (d. Tsitsipas) and the Mutua Madrid Open (d. Berrettini). He is currently in fourth position in the FedEx ATP Race To Turin for a spot at the Nitto ATP Finals.