ATP Staff
This article contains:
German to face Medvedev in the Shanghai final

Reigning Nitto ATP Finals champion Alexander Zverev arrived at the Rolex Shanghai Masters in eighth place in the ATP Race To London, with little breathing room. But after already defeating Roger Federer on Friday in the quarter-finals, the German has put himself in a strong position to qualify for the season finale for the third straight season.

Zverev beat fellow Race contender Matteo Berrettini 6-3, 6-4 on Saturday evening to reach the Shanghai final for the first time. The 22-year-old now has 2,855 points in the Race, putting him 330 points ahead of eighth-placed Berrettini (2,525) and 370 points in front of ninth-placed Roberto Bautista Agut (2,485).

"It feels great, obviously. I felt like I've played some decent tennis this week and being in a Masters 1000 final here in Shanghai is also something very special for me," said Zverev, who will face in-form Russian Daniil Medvedev for the title. "I'm looking forward to it and hopefully I can play some good tennis tomorrow."

It is the 11-time ATP Tour champion's first ATP Masters 1000 final of the season, having not advanced past the quarter-finals at this level this year. Zverev dismissed the first-time Masters 1000 semi-finalist, Berrettini, to take a 2-1 lead in their FedEx ATP Head2Head series.

"Generally speaking against Matteo this year it's been very, very difficult. I lost to him already once and he's been playing some Top 10, Top 8 tennis this year," Zverev said. "I wish him nothing but the best to qualify for London as well and we'll see how it goes. But he's been playing some decent tennis, so it was going to be difficult no matter what."

Zverev put on a serving clinic in the early going, never allowing the big-hitting Italian to gain an aggressive posture in his return games. The fifth seed continued to put pressure on the 11th seed with his serve, staying on the front foot.

The three-time Masters 1000 titlist lost only two service points in the first set, benefitting from a forehand unforced error off Berrettini’s racquet to break for 3-1, and he never looked back, crushing an overhead to clinch the opener. 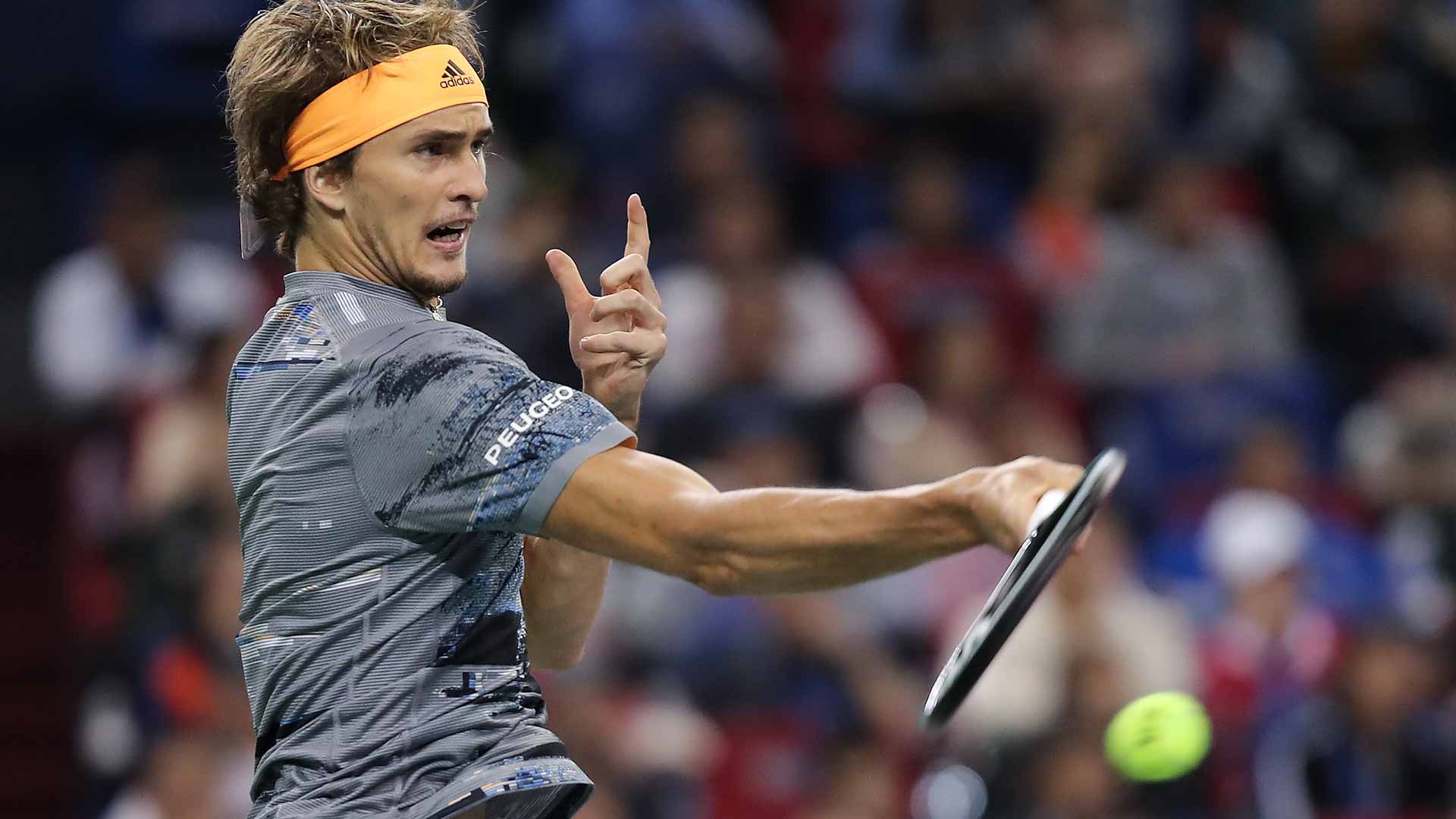 Berrettini played cleaner tennis to start the second set, not allowing Zverev to gain an early lead. The Italian was especially successful with his drop shot, but that shot was what haunted him in the set's most crucial moment. After he recovered from 0/40 at 4-4, Berrettini faced another break point and used his drop shot, smartly following it to the net. But the 23-year-old was overly anxious to go after the ensuing forehand volley, swatting it long.

And Zverev did not let slip his opportunity, letting out a huge roar after serving out the match to clinch his 67-minute victory. The German struck 11 aces and did not face a break point. He takes a 4-0 FedEx ATP Head2Head series lead into his showdown with Medvedev, although their most recent meeting came more than a year ago, in Toronto last year.

"We've played some fantastic matches, all going my way until now. I hope tomorrow that will not change. But he's been playing some fantastic tennis, sixth final in a row, US Open finalist, won Cincinnati," Zverev said. "He's probably the best player in the world right now. I hope it's just going to be a good match tomorrow."

Berrettini would have cracked the Top 10 in the ATP Rankings for the first time with a victory against Zverev. He was trying to become just the second Italian to reach a Masters 1000 final after Fabio Fognini became the first in April, when he won the Rolex Monte-Carlo Masters.

Did You Know?
All four semi-finalists in Shanghai were under the age of 24 for the first time at a Masters 1000 event since 1999 Hamburg.