Brothers Alexander Zverev and Mischa Zverev won their first ATP 250 doubles title together two years ago in Montpellier. This February, they triumphed for the first time at an ATP 500 tournament in Acapulco. The Germans will now try add an ATP Masters 1000 trophy to their collection at the Rolex Monte-Carlo Masters.

The Zverev brothers will look to bounce back from opening-round defeats at Indian Wells and Miami as they pursue their third crown as a team. They will need to get past 2017 semi-finalists Romain Arneodo and Hugo Nys in a tough first-round battle. 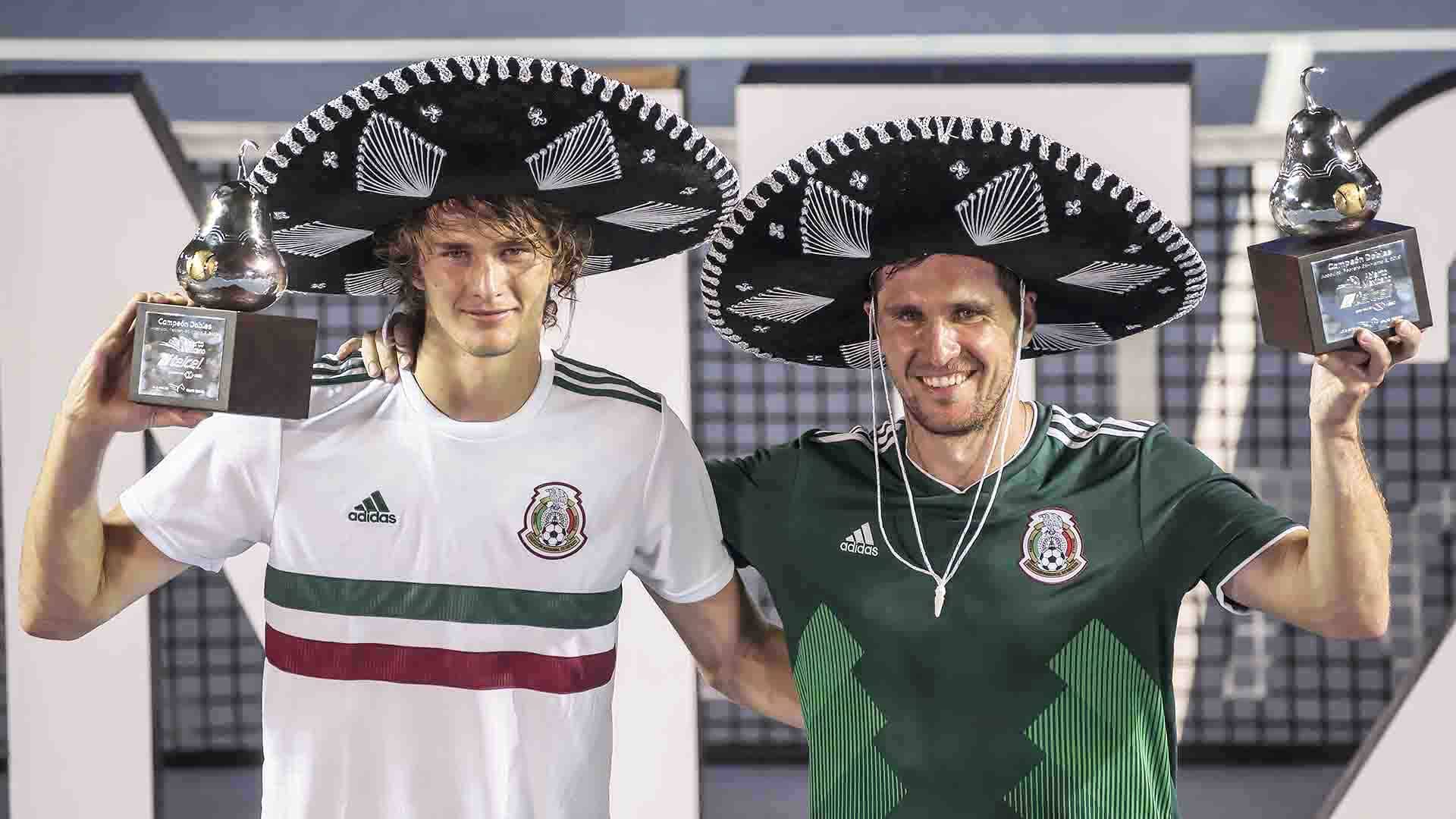 The Zverevs are not the only brothers in the Monte-Carlo draw. World No. 1 Novak Djokovic will join forces with Marko Djokovic in Monaco for the first time, playing fourth seeds Juan Sebastian Cabal and Robert Farah in their opener. The Djokovic brothers made the Doha semi-finals together earlier this year. Last year's Monte-Carlo winners, Bob Bryan and Mike Bryan, are not defending their title.

The team the American twins beat in the 2018 final, Oliver Marach and Mate Pavic, will hope to go one step further in the Principality this year. The fifth seeds face Japanese Ben McLachlan and German Jan-Lennard Struff.

Top seeds Pierre-Hugues Herbert and Nicolas Mahut lead the field. The 2016 winners, who completed the Career Grand Slam at this year's Australian Open, own a 5-2 record at the opening ATP Masters 1000 event of the European clay swing. The Frenchmen will face Dutchmen Robin Haase and Wesley Koolhof in their opening match.

Third seeds Jamie Murray and Bruno Soares, who fell to Herbert and Mahut in the 2016 championship match, headline the second quarter of the draw. The British-Brazilian tandem will aim to secure their second trophy of the season after success at the Sydney International (d. Cabal/Farah).

You May Also Like: Scouting Report: 10 Things To Watch In Monte-Carlo

In a blockbuster first-round clash, Australian Open finalists Henri Kontinen and John Peers will open their campaign against Grigor Dimitrov and Stan Wawrinka.

In the final section of the draw, the top three players in the ATP Race To Milan will look to make their mark in Monaco. #NextGenATP Canadian duo Felix Auger-Aliassime and Denis Shapovalov will face Marrakech doubles titlist Jurgen Melzer and his countryman, Dominic Thiem, who triumphed at Indian Wells in singles.

Reigning Next Gen ATP Finals champion Stefanos Tsitsipas and his partner, Dutchman Matwe Middelkoop, await seventh seeds Nikola Mektic and Franko Skugor. In their third straight appearance at the event, Lukasz Kubot and Marcelo Melo will try to advance past the quarter-finals for the first time. The second seeds open against Spanish pairing Marcel Granollers and Marc Lopez.