"It's obviously great getting to the semi-finals. But the tournament isn't over," said Zverev. "I am in the semi-finals. There's only good opponents left. There's only the best in the world. I'm playing Roger tomorrow, which is going to be a very difficult but hopefully very nice match. We'll see how far I can go."

Not since Juan Martin del Potro reached the championship match on his debut in 2009 has a player as young as Zverev advanced beyond the round-robin stage, but the German notched his second Group Guga Kuerten win after 81 minutes. Zverev will join group-winner Novak Djokovic in Saturday's semi-finals, where he will face Roger Federer for a spot in the final. In the other semi-final, Djokovic will meet Kevin Anderson in a repeat of this year's Wimbledon final.

"Obviously it's going to be a very difficult match," said Zverev. "I mean, [Roger] on this surface, an indoor court, he's an unbelievable player."

As a result of claiming a career-best 56th tour-level win of the season, Zverev becomes the first German to reach the last four at the Nitto ATP Finals since Rainer Schuettler in 2003 (l. to Agassi). Zverev, who has captured titles in Madrid, Munich and Washington, D.C. this year, is guaranteed to finish the season with the most tour-level victories in 2018.

In a first set dominated by serve, Isner was the only man to reach deuce in a return game. With Zverev serving at 5-6, the American rifled a forehand winner to earn set point, only for Zverev to fire an ace and eventually force a tie-break.

With Isner needing a straight-sets victory to maintain his ambitions of reaching the semi-finals, the Miami champion attempted to control baseline rallies with his forehand. After a forehand error at 4/4, the American recovered the mini-break in the next point with a driven forehand return to get back on track. But a crucial forehand error at 5/6 cost Isner the set, and with it, his chances of reaching the last four.

"I feel like I ended this season on a pretty positive note," said Isner. "I played a positive match. I went for my shots. In that tie-break in the first set, I missed a few forehands, but I was going for my shots. He came up with a remarkable shot at 5/5... Credit to him."

Zverev made the decisive move at 3-4 in the second set, pushing Isner behind the baseline to earn the first break point of the set. Isner attempted to reach deuce by coming to net behind his serve, but Zverev fired a low return before charging to the net and placing a forehand past a stranded Isner to break. The German sealed the win on his first match point as Isner failed to find the court with his backhand return.

"Everyone knows how good he is, how much of a complete player he is," said Isner. "In order for me to beat him, I have to out-serve him, and I didn't do that today. He served pretty well, I thought. I felt like he aced me a bunch.

"I think he was pretty dialed in on his serve, which was of course very important. A lot of times with me it comes down to a few points here or there. I had the one break point, and he aced me. That's a credit to him. That's why he's ranked what he's ranked. He was better." 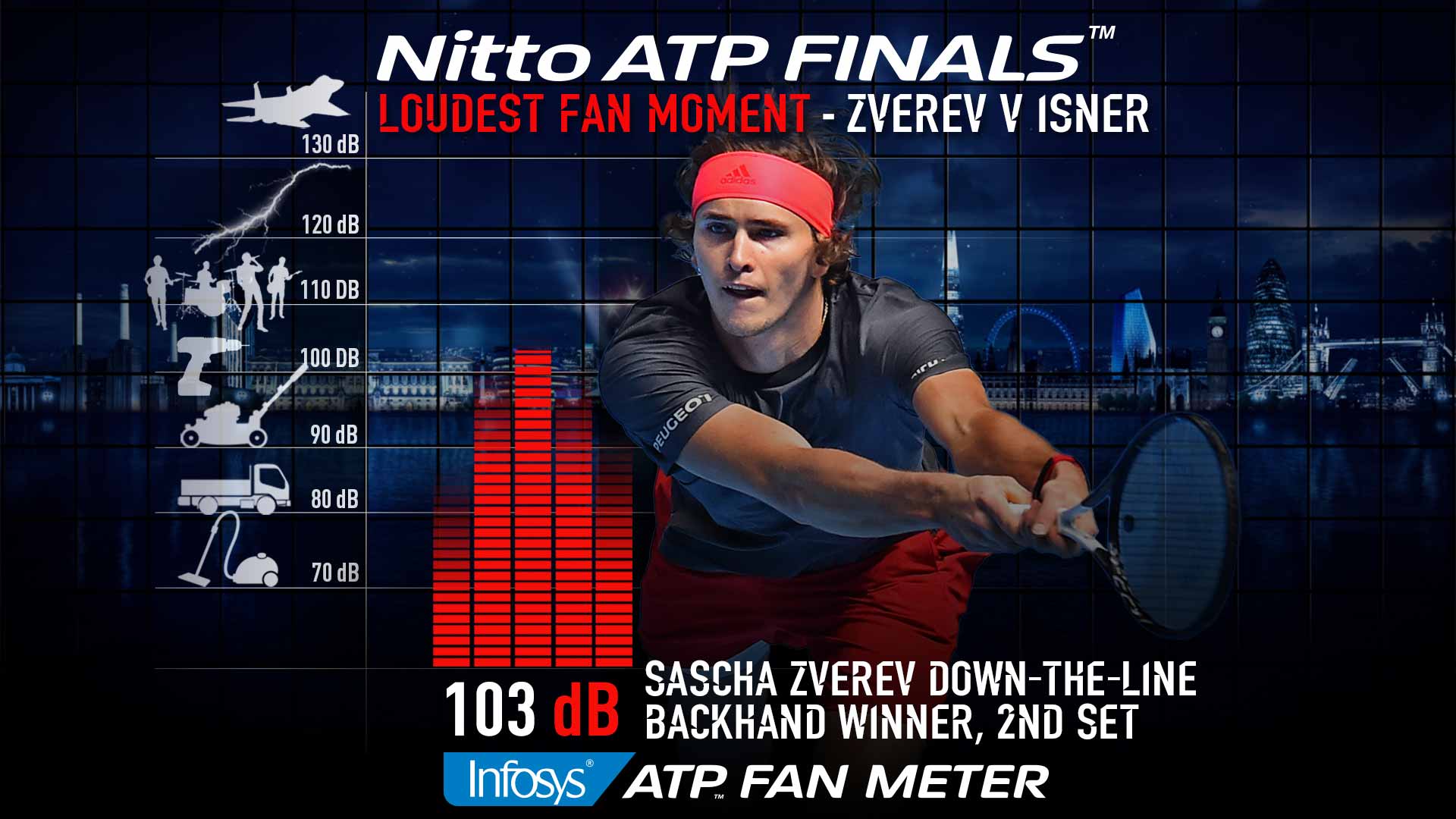 Isner ends his 2018 campaign with a 34-22 tour-level record. The 33-year-old defeated Zverev to capture his first ATP World Tour Masters 1000 crown at the Miami Open presented by Itaú and also lifted a record fifth trophy at the BB&T Atlanta Open.

"[This week] didn't go as planned. You make this tournament, you want to do a little bit better. But at the same time this is no normal event. You're up against the absolute best in the world," said Isner. "I just came up short against players that were better than me this week. So I gave it my all. There are definitely some things I could have done better."