Alexander Zverev in action Friday night at the US Open.

Large & In Charge, Zverev Powers Into Fourth Round

Alexander Zverev entered his third-round US Open clash with Adrian Mannarino with a clear intent to leverage his significant physical edge to overpower his French opponent, nine years his senior. Exhibit A: a 138 mph second-serve ace. But for the first 100 minutes of the match, it wasn't clear that the 'shock and awe' tactics would work.

Mannarino, a crafty 5' 11" left-hander, kept the ball deep and low out of the 6' 6" German's strike zone, luring the three-time ATP Masters 1000 champion into 27 unforced errors in the first set. The World No. 39 effectively counterpunched Zverev's power with his abbreviated forehand swing, saving his best for set point in the tie-break, when he bunted back a clean service winner from the deuce court to claim his first set in three matches against Zverev.

World No. 7 Zverev, who hit 37 unforced errors and 28 winners in the first two sets, didn't earn his first break point until the 10th game of the second set. Two points later, the 22-year-old levelled the match with a heavy forehand winner that landed on the baseline.

With a pep in his step, Zverev raced to a 3-0 lead in the third and despite Mannarino briefly getting back on serve, Zverev's baseline barrage took a heavy toll on the 2019 ‘s-Hertogenbosch champion.

Zverev, who hit 14 aces and 11 double faults, said on court after the match that there was “still lot of room for improvement. I’m not at my best yet, but I’m in fourth round of US Open, so that can only be a good thing.”

The match was originally scheduled for 2.30pm, but did not go on until around 5pm. The USTA issued a statement that read: The Zverev-Mannarino match was delayed while a collaborative dialogue with health officials was conducted today. Communication with the players was ongoing during the afternoon to keep them updated at all times. Given the sensitivity of the medical issues involved, the USTA is not able to provide further details.

“It was different. We were supposed to play during the warmest time of the day so I strung my racquets a little tighter and prepared for the balls to fly a little more. We came out and basically played a night match. It was different.”

Having achieved his best Grand Slam result in January by reaching the Australian Open semi-finals, Zverev will next play for his first US Open quarter-final when he battles Spaniard Alejandro Davidovich Fokina. 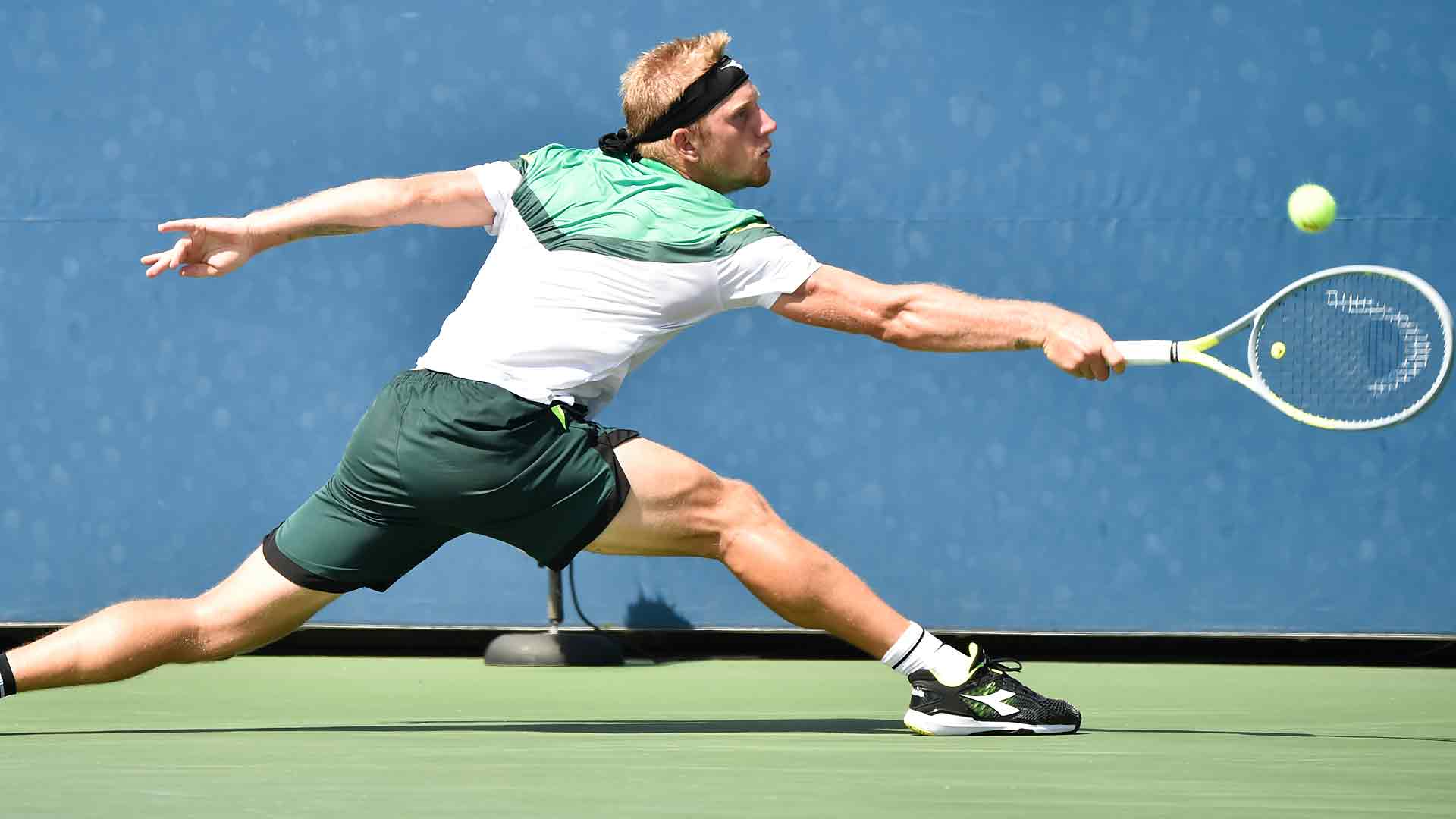 Davidovich Fokina showed few signs of nerves earlier Friday when he booked a place in the fourth round on his US Open debut. The 21-year-old played with great assurance to beat Cameron Norrie 7-6(2), 4-6, 6-2, 6-1 in two hours and 43 minutes for his best performance at a Grand Slam championship.

You May Also Like: The Future Is Now: Young Stars Still Packing US Open Draw

Davidovich Fokina, who admitted he learned a lot from hitting with World No. 1 Novak Djokovic in Marbella during the five-month ATP Tour suspension, won eight straight games against Norrie from 1-2 in the third set to a 3-0 lead in the fourth set.

The World No. 99 beat Dennis Novak in the first round and No. 24 seed Hubert Hurkacz in the second round at the USTA Billie Jean King National Tennis Center in New York, having lost in the first round of qualifying at the Western & Southern Open.