Alexander Zverev wins 88 per cent of his first-serve points during his victory against Rafael Nadal on Monday.

Hawkeye Analysis: How Zverev Earned His First Win Against Nadal

ATP Staff
This article contains:
Learn which part of the 2018 champ's game proved key against the Spaniard

Alexander Zverev walked on court Monday at the Nitto ATP Finals in London having never defeated World No. 1 Rafael Nadal in five previous tries. But the German believed in his own game, and executed flawlessly in a 6-2, 6-4 victory.

"When I play this aggressive tennis, when I play this way, I have now beaten all three guys on this court, [the] Big Three," Zverev said. "It shows that I can play very well and beat the top players."

In a way, Zverev beat Nadal at his own game. Entering this tournament, Nadal led the ATP Tour by a substantial margin in first-serve return points won. The Spaniard had won 35.7 per cent of those points, with his nearest rival in that category, Novak Djokovic, at 33.9 per cent.

According to Hawkeye, Zverev won 88 per cent of his first-serve points against the 84-time tour-level champion by peppering Nadal's backhand.

That was especially the case on the ad side, where the German directed all but two of his first serves to Nadal's backhand. The top seed managed to put only 44 per cent of his first-serve returns in play. 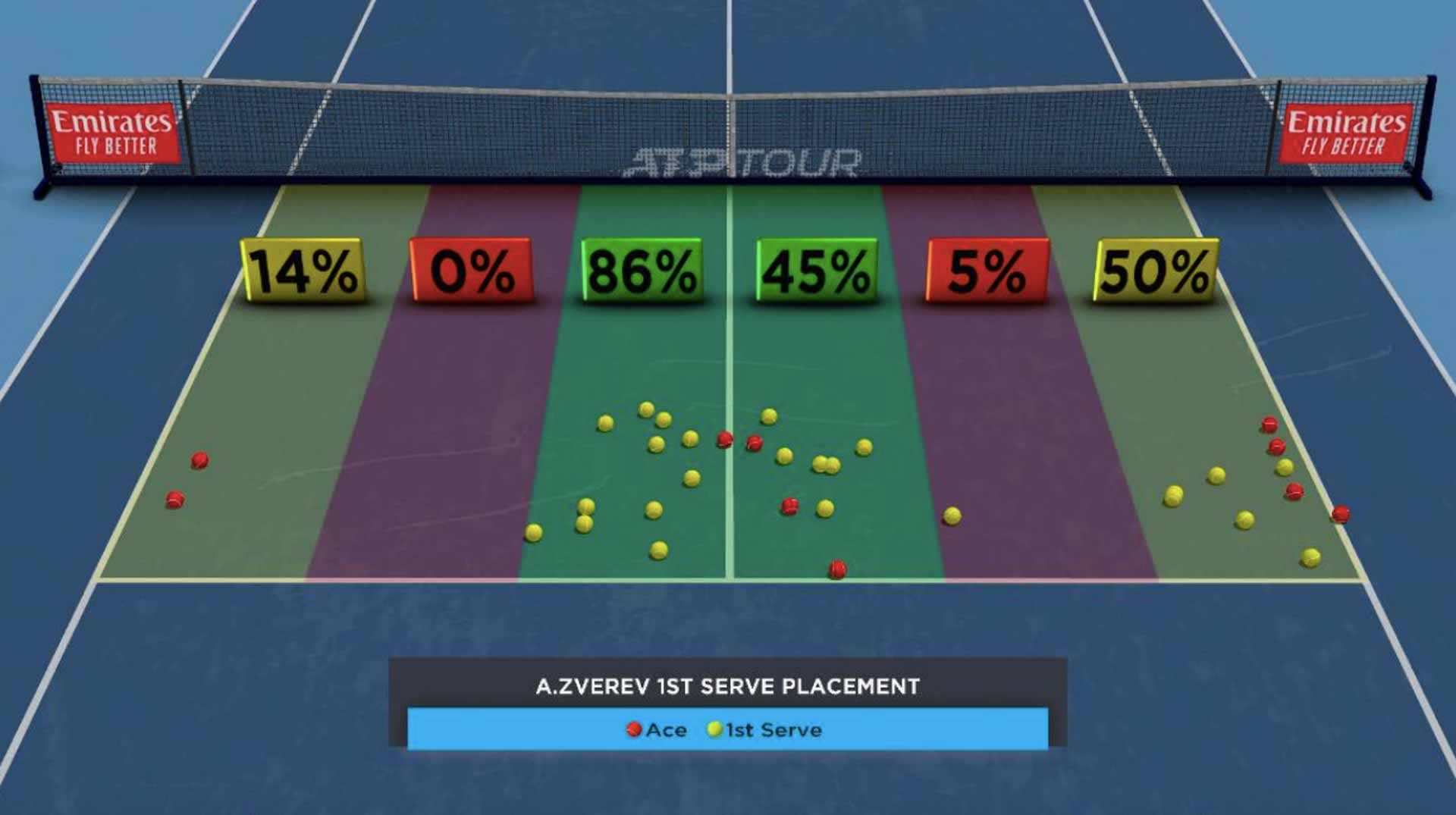 "He served huge. Very, very fast," Nadal said. "[It was] difficult to read [his] first [and] second [serves], no doubt about that, about how good he is and how good he is able to serve."

Zverev averaged 136 mph on his first delivery, 18 mph faster than Nadal. Even with that discrepancy, Zverev landed 69 per cent of his first serves compared to 62 per cent for Nadal, striking 11 aces.

With that high first-serve percentage, Zverev was able to play eight fewer second-serve points than his opponent. But when he did have to hit a second serve, he held his own, winning a higher rate of second-serve points (47%) than Nadal (43%). Zverev mostly targeted Nadal's backhand in the deuce court and body in the ad court. 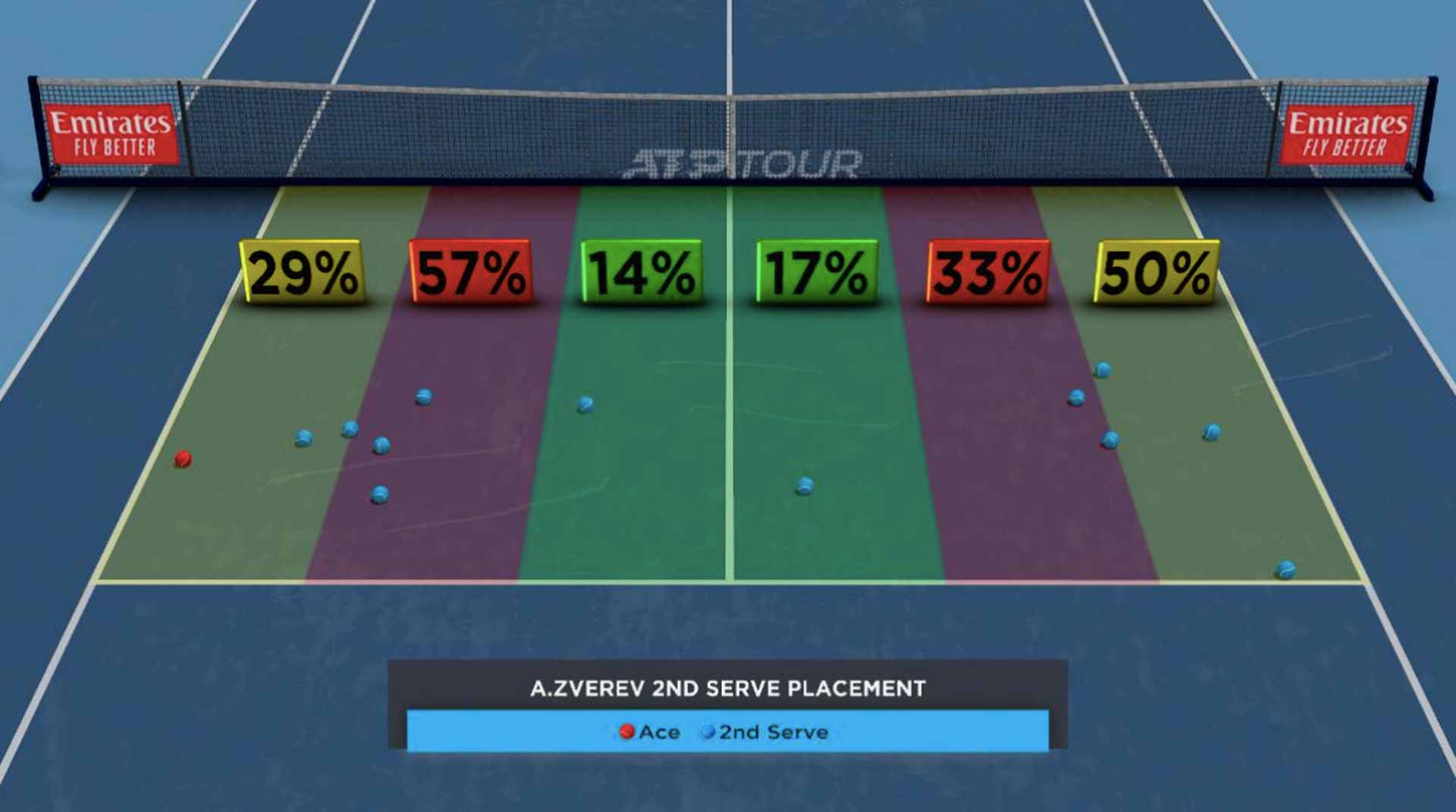 From the baseline, Zverev attacked the 33-year-old's backhand. He hit a majority of his shots to that wing (54%).

Zverev went after Nadal's backhand the most with his forehand, doing so 62 per cent of the time. With his backhand, the 22-year-old hit to both Nadal's forehand and backhand at a rate of 38 per cent. 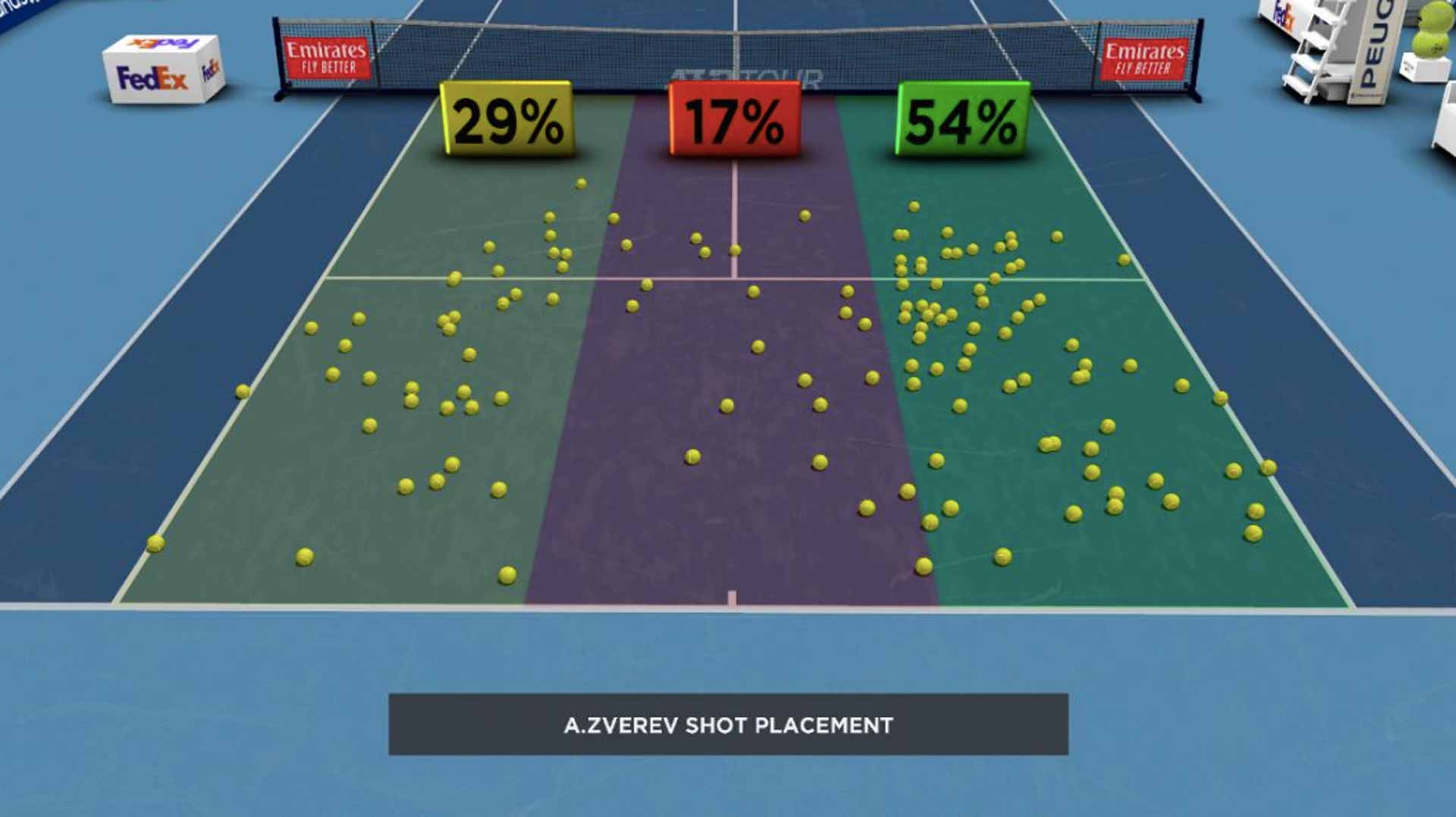 Nadal took the opposite strategy, focussing on Zverev's forehand, much like Stefanos Tsitsipas did against Daniil Medvedev earlier in the day. 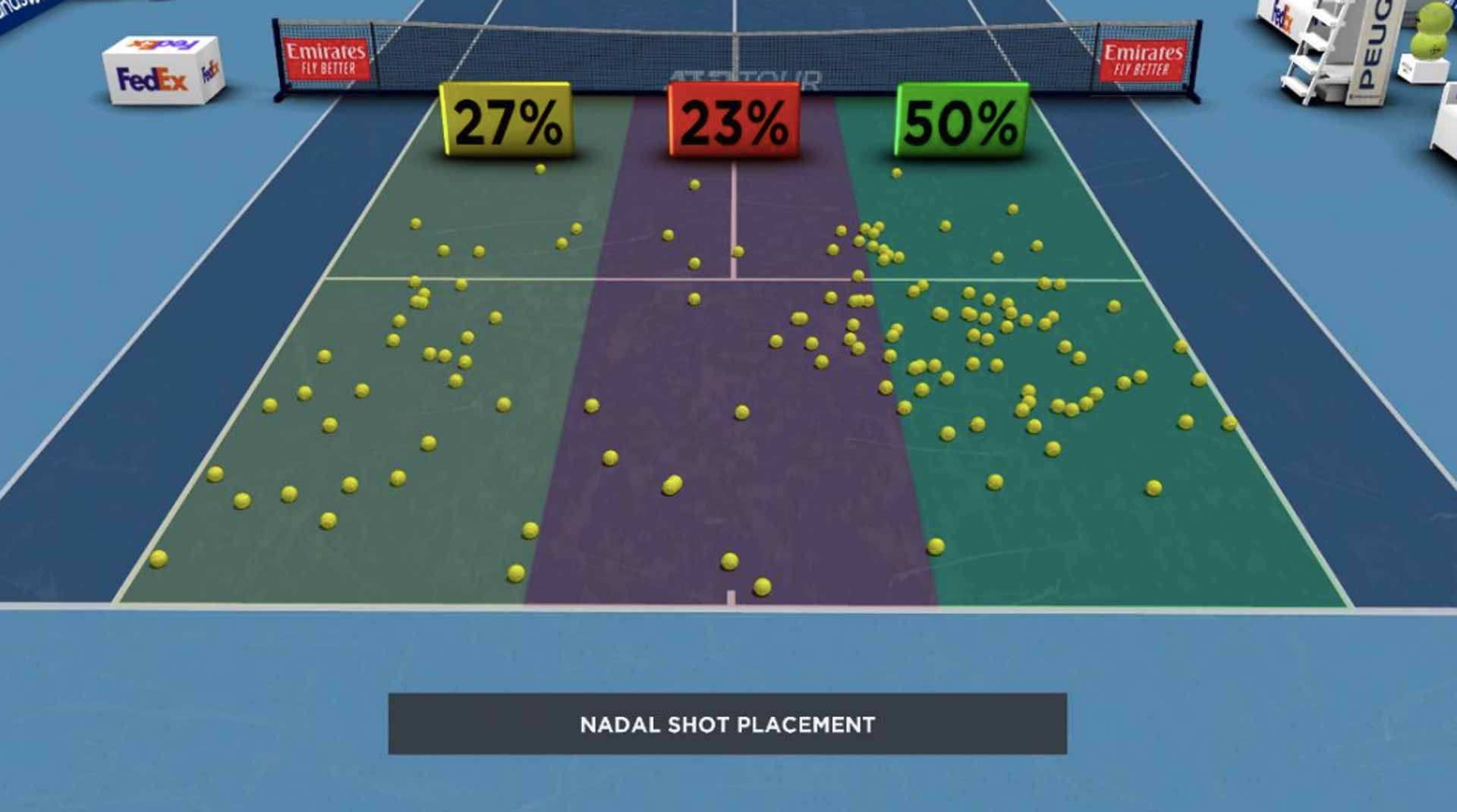 But Nadal's aggression did not pay dividends. The Spaniard made 24 unforced errors to Zverev's 19, and hit eight fewer winners (8) than the German (17). 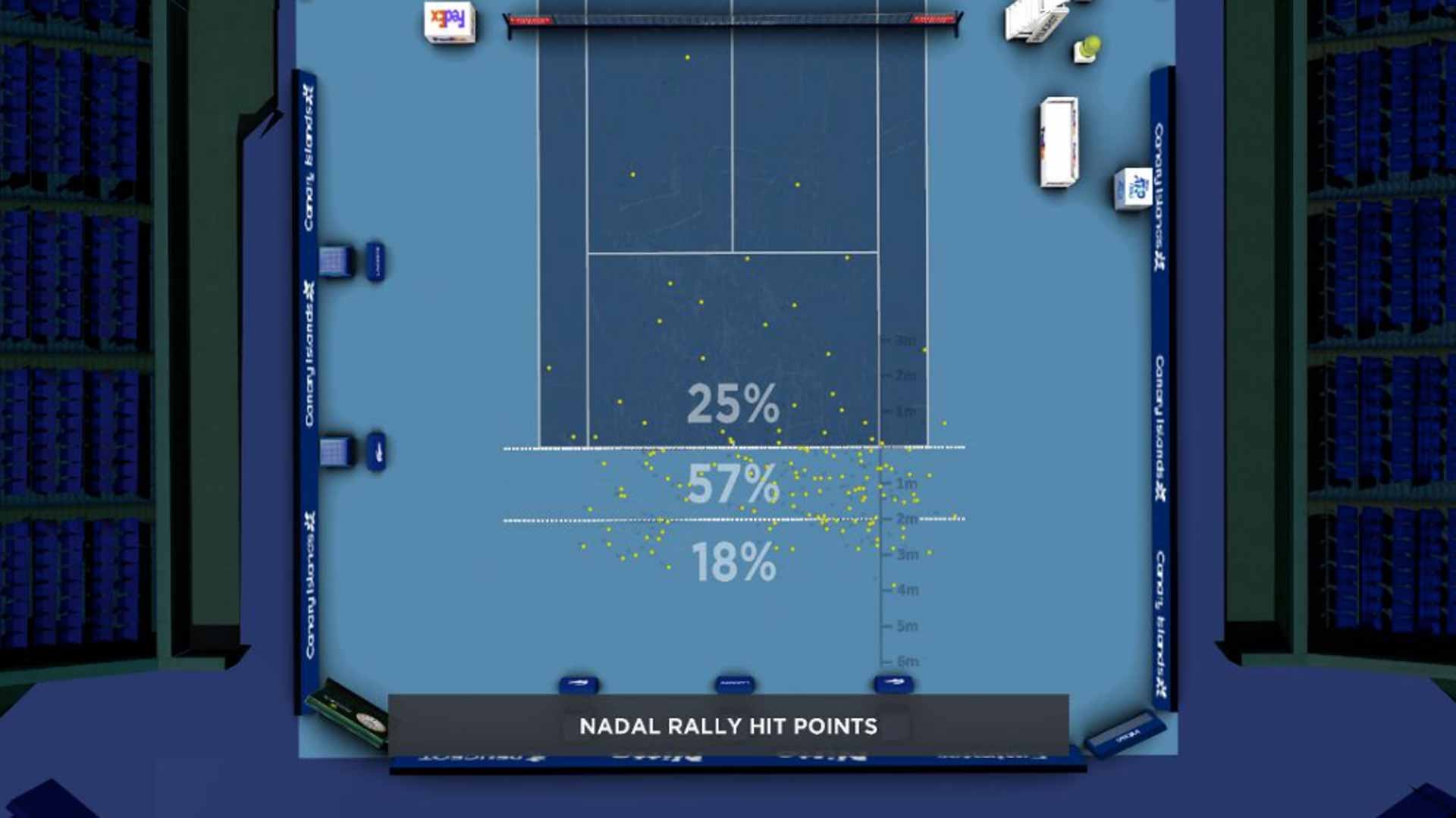 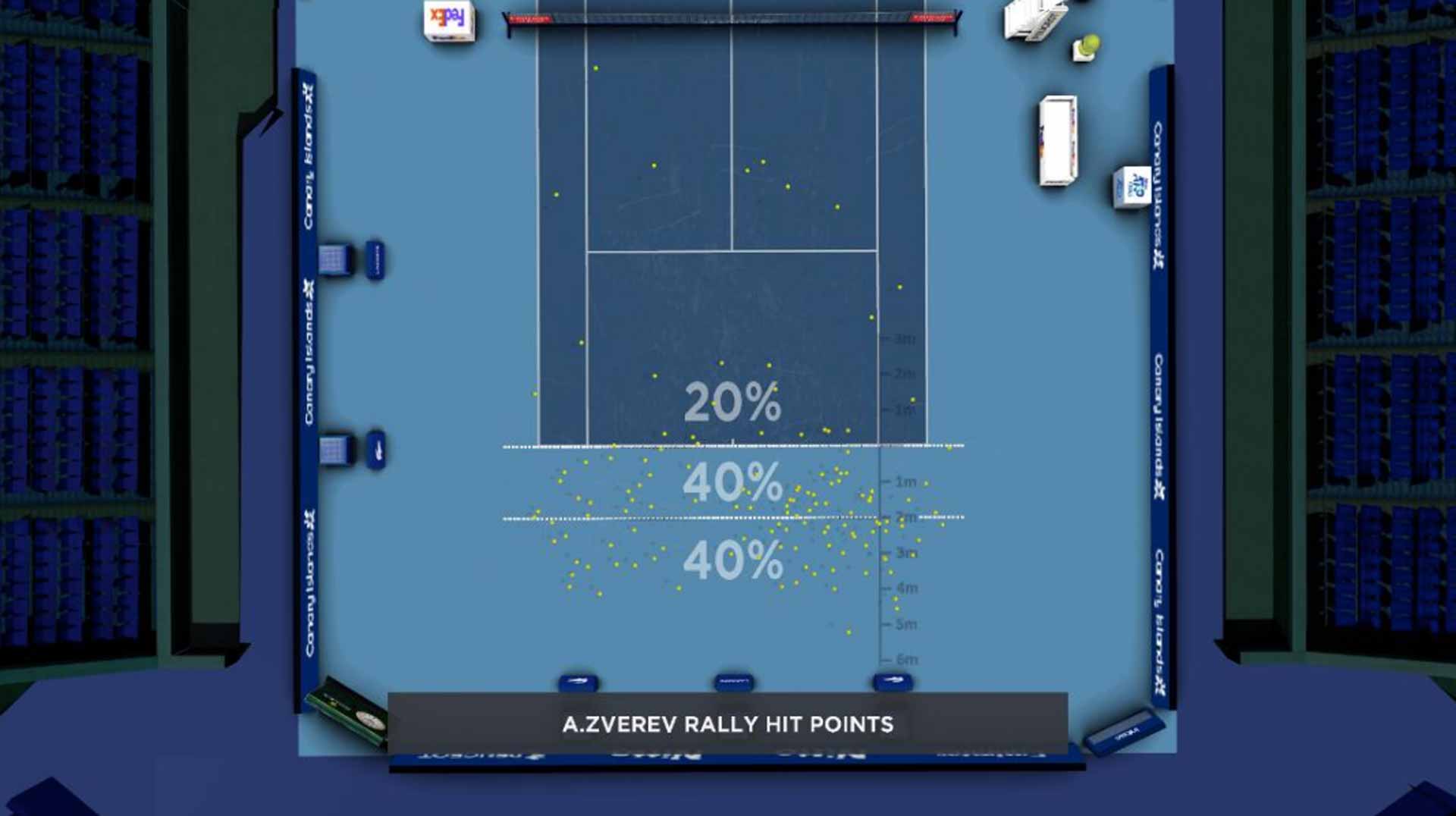 "Obviously when I'm here, I want to use the opportunity as much as I can and do the best as I can," Zverev said. "Today was definitely a great match, and I'm super happy to kind of have this match the first day that I play."