Alexander Zverev, one year after losing his opener at Indian Wells, reaches the third round of the BNP Paribas Open.

A year ago, Alexander Zverev was stunned in the second round of the BNP Paribas Open, his first match of the tournament. But on Saturday evening, the third seed avoided another early ouster. After Zverev took a 6-3, 2-0 lead, Slovak Martin Klizan retired due to an ankle injury.

Three-time ATP Masters 1000 champion Zverev is the only active player outside of the 'Big Four' — Rafael Nadal (33), Novak Djokovic (32), Roger Federer (27) and Andy Murray (14) — who has won three or more titles at this level. But the German has never advanced to the quarter-finals at Indian Wells.

Zverev will try to reach the fourth round in the desert for the second time when he faces compatriot Jan-Lennard Struff. Struff defeated lucky loser Ricardas Berankis of Lithuania 3-6, 6-3, 6-2.

The reigning Nitto ATP Finals champion, Zverev has won all four of his previous FedEx ATP Head2Head meetings against Struff. All four of those matches have come on outdoor clay, with their most recent clash coming last year in Munich.

Milos Raonic and Sam Querrey met in the quarter-finals of last year's BNP Paribas Open. While on Saturday they clashed in the second round, the result remained the same.

Raonic defeated Querrey 7-6(1), 6-4 to move into the third round in Indian Wells. It is the 28-year-old Canadian's eighth appearance at the ATP Masters 1000 event, and he has now made it that far on all eight occasions. Raonic has advanced to the semi-finals or better three straight times (2015-16, 18).

The former World No. 3 made just 47 per cent of his first serves, but Raonic played well on the big points, saving all four break points he faced. The 13th seed struck 18 aces to Querrey's 10.

"I didn't serve well today, but I did return well. I put in a lot of returns. Did things well on that end of the court, but I struggled a little bit. In the tie-break I served a little bit better, especially that first point, got a free point, right away made it count," Raonic said. "I just feel like some things I'm doing well. I'm just hoping that I can start to serve better in my next round and continue to play well."

Raonic is currently 14th in the ATP Rankings, his highest standing since the week of 30 October 2017, when he was No. 12. Raonic will try to book a spot in the fourth round by defeating American Marcos Giron, who upset #NextGenATP Aussie Alex de Minaur in three sets.
You May Also Like: Here's Why Milos Raonic Is An Indian Wells Threat

Giron, who used a wild card into qualifying to battle into the main draw and then upset Frenchman Jeremy Chardy in the first round, continued his dream run on Saturday with a 1-6, 6-4, 6-2 victory against De Minaur in one hour and 49 minutes.

Giron, the No. 217 player in the ATP Rankings, is the lowest-ranked player in the third round at Indian Wells since No. 239 Ivo Karlovic in 2011. The 25-year-old, who underwent double hip surgery three years ago, owned just one tour-level win before this week. Giron captured his first ATP Challenger Tour title this January in Orlando. 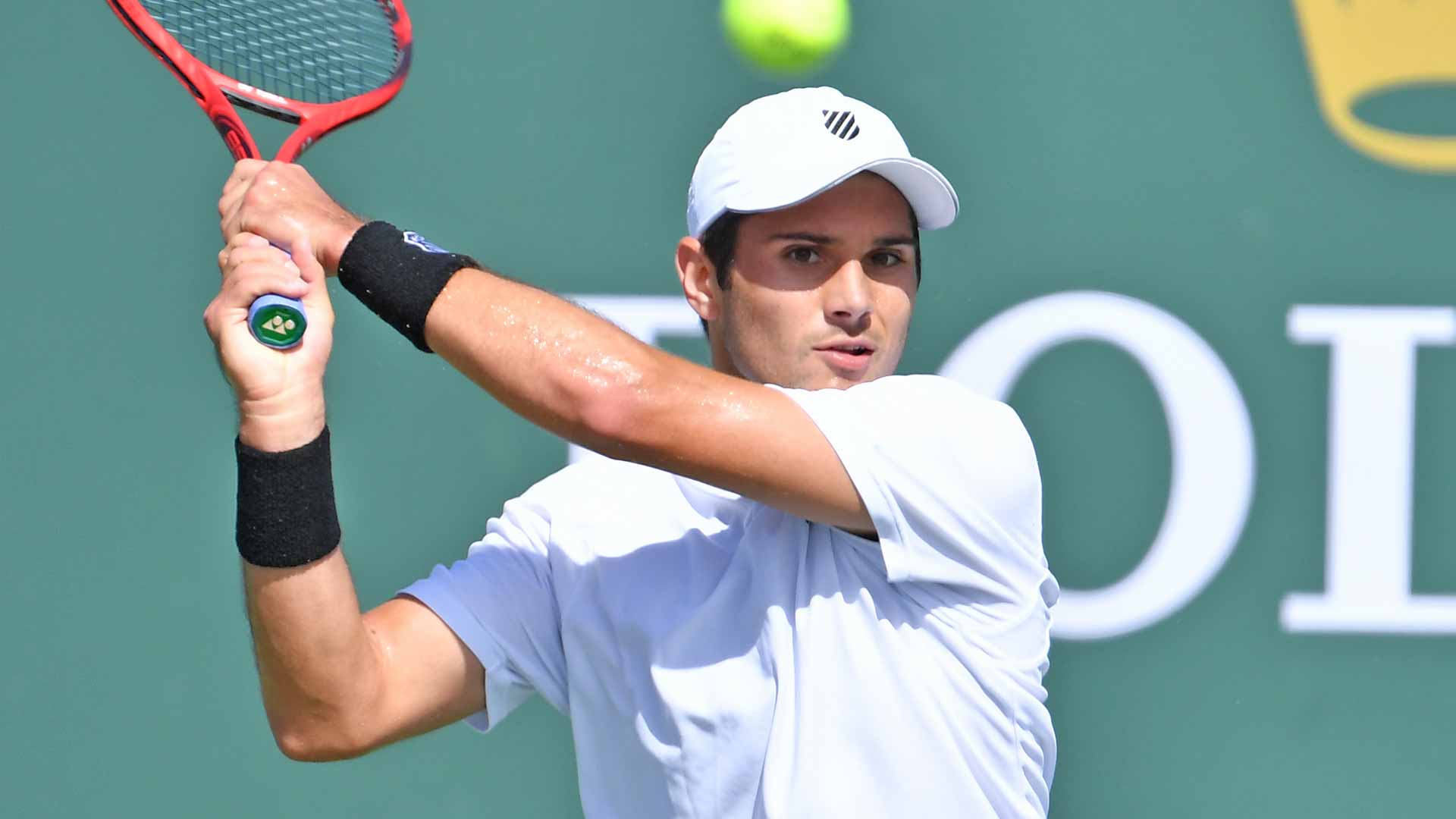 "It’s going to be interesting," Raonic said. "I’ve always got to focus on myself. It’s important for me to serve well and for me to try to get ahead in the point early."

The winner of Raonic and Giron could face reigning Nitto ATP Finals champion Alexander Zverev for a spot in the quarter-finals. Zverev begins his tournament on Saturday against Martin Klizan who eliminated his brother, Mischa Zverev, in the first round.