ATP Staff
This article contains:
Ruud to play Millman next

Alexander Zverev started his campaign for a third BMW Open title on Wednesday with a 6-2, 6-4 victory over Lithuanian lucky loser Ricardas Berankis in 87 minutes.

“I haven’t played much tennis the past few weeks, so I know I’ll need to improve for the next match,” said Zverev, who also confirmed that he has overcome his recent right elbow injury. “I’ve had success in the past and I feel good here. I’ve played well in the practice and hopefully I can do better on the match court.”

The 24-year-old German, who is now 13-2 in his past four Munich appearances, will next play Belarusian qualifier Ilya Ivashka in the quarter-finals.

Zverev, the 2017 and 2018 champion, continually threatened to break Berankis’ serve, doing so three times in the first set by targetting the backhand of the World No. 89. Zverev hit a forehand winner for a 2-1 lead in the second set, but Berankis began to step into the court and broke back in a run of three straight games. Ultimately, Zverev’s groundstroke consistency, including a powerful backhand winner to break for 5-4, proved to be the difference.

Ivashka recovered after failing to convert three set point chances at 4/6 and 6/7 in the first set tie-break to defeat fellow qualifier Mackenzie McDonald 6-7(7), 6-1, 6-2 in two hours and six minutes. The 27-year-old is through to his second ATP Tour quarter-final of the year (after Marbella). 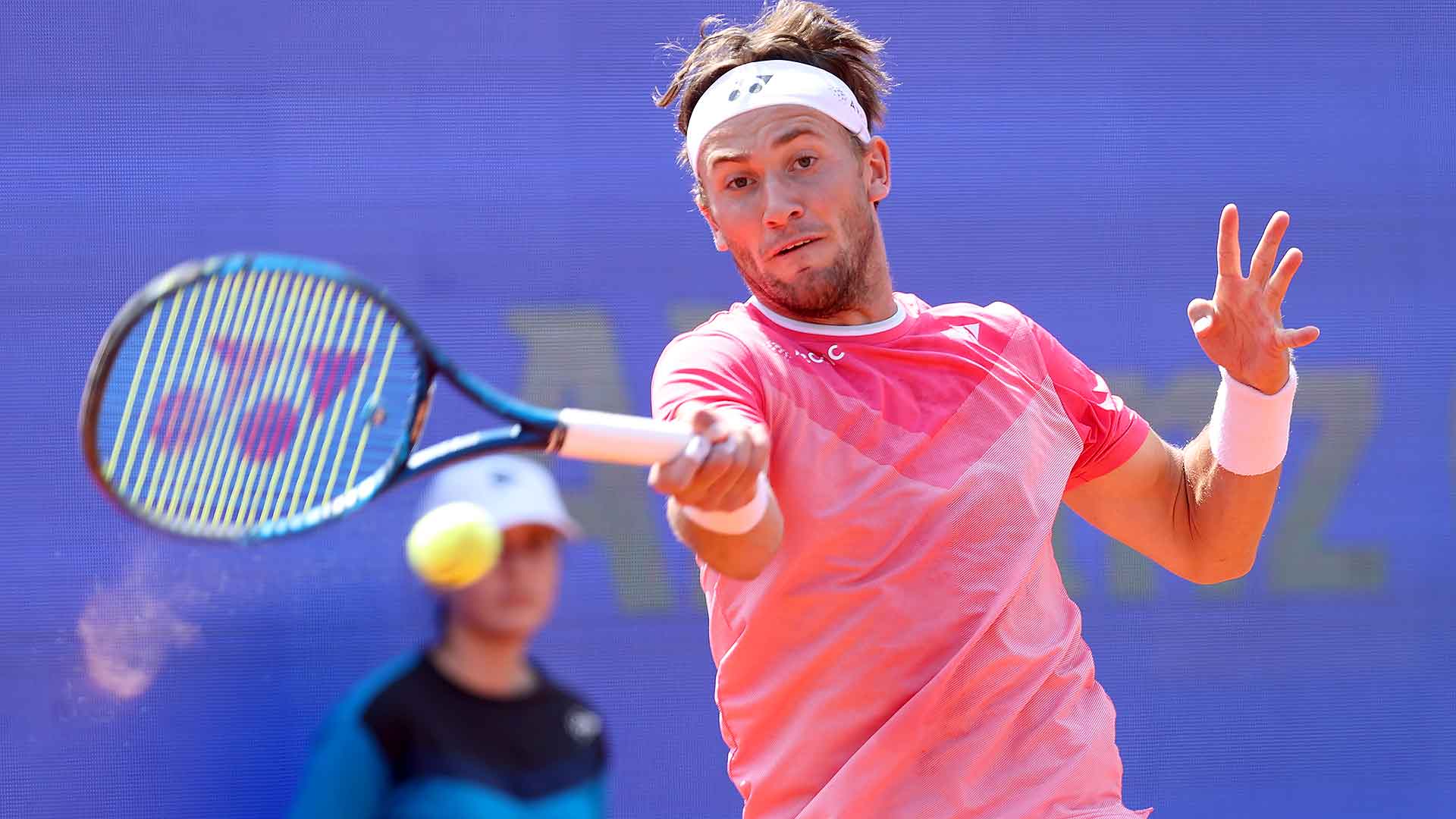 Earlier in the day, second seed Casper Ruud powered his way into the quarter-finals by beating Pablo Cuevas of Uruguay 6-3, 6-2 in 68 minutes. Ruud, who reached his second ATP Masters 1000 semi-final two weeks ago at the Rolex Monte-Carlo Masters (l. to Rublev), won the first three games of the match and swept through the last five games for his 11th match win of the season (11-4).