ATP Staff
This article contains:
German star won all eight of his matches in Cologne

Alexander Zverev’s nickname is ’Sascha’, but for now you can call him ‘The King Of Cologne’.

The World No. 7 won his second title in as many weeks in the German city on Sunday, defeating second seed Diego Schwartzman 6-2, 6-1 for the bett1HULKS Championship crown.

"I know in finals you have to play your best tennis to have a chance, so obviously [I am] extremely happy with my performance. Probably the best match of the past two weeks here. Diego is someone that you can really struggle with. He is somebody who doesn't miss from the baseline," Zverev said. "You really have to win the match against him and I felt like that's what I did."

When Zverev arrived at the bett1HULKS Indoors last week, he was fresh off a disappointing fourth-round loss at Roland Garros against Jannik Sinner. But the German made himself at home in more ways than one in Cologne, winning all eight of his matches to double his ATP Tour title count in Germany to four. The 23-year-old is now a 13-time tour-level champion.

"Being back in Germany is obviously amazing," Zverev said. "I'm looking forward to the rest of the season."

In both Cologne ATP 250s, Zverev saved his best tennis for the championship match. Last Sunday, he cruised by Felix Auger-Aliassime. But his best performance from his two tournament victories came against the red-hot Schwartzman. 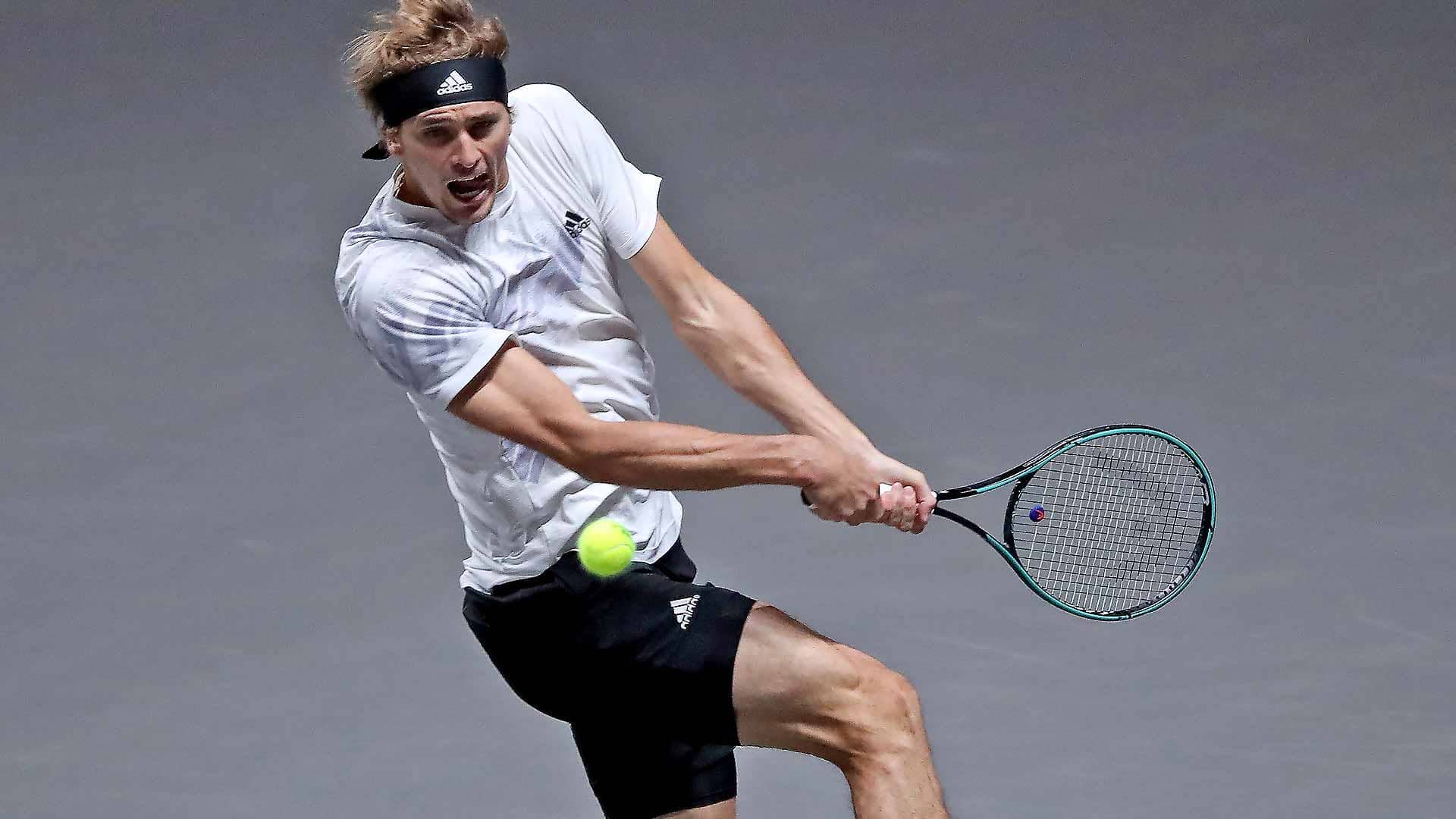 Photo Credit: AFP/Getty Images
Zverev played scintillating tennis, aggressively going after the ball to hit through the speedy Argentine. The German sometimes relies on his defensive skills to win matches, but he took it to the World No. 9 without hesitation, winning all seven of his service games en route to an impressive one-hour, 11-minute triumph.

"Today was a day when I felt like I could try things out on the court and a lot of things were working," Zverev said. "I'm obviously very happy with how I played."

The top seed broke for the first time at 2-2 in the opening set with a perfect drop shot, which even the quick Schwartzman couldn’t get to. In the next game, the Argentine missed a forehand return wide on a break point of his own and he struggled to gain a foothold in the match after that.

“Sascha was much better today,” Schwartzman said. “He deserved to win last week here and today he was perfect on court.”

Zverev is sometimes susceptible to double faults, but he didn’t hit any against Schwartzman. The second seed however struck five, including one to go down a double-break in the first set.

Little changed in the second set, as Zverev continued punishing the ball. Schwartzman always does well to use his footwork to take the ball early and go blow-for-blow with almost anyone on the ATP Tour, but he struggled for rhythm against the German, making uncharacteristic errors. Zverev crushed a crosscourt forehand winner to go up a double-break in the second set and never looked back.

"It's getting better," Zverev said of his form during the trophy ceremony. "I think we're going to be on top of the game very soon."

This is the third time Zverev has captured an ATP Tour title in back-to-back weeks. He also did so in August 2017 (Washington, Montreal) and May 2016 (Munich, Madrid).

Schwartzman led their ATP Head2Head series 2-1, including a four-set victory in their most recent clash at last year’s US Open. But the Argentine settled for his third runner-up showing of the season (also Cordoba, Rome). This was the first event in which Schwartzman competed as a Top 10 player in the FedEx ATP Rankings.

The recent Roland Garros semi-finalist departs Germany with €11,130 and 150 points.

Did You Know?
Zverev is 17-3 since the ATP Tour resumed in August.