Alexander Zverev and Diego Schwartzman are tied at 2-2 in their ATP Head2Head series.

Three years ago, Andy Murray offered perhaps the best serving advice any player has ever given. The Kazakh player Alexander Bublik mentioned to him in an interview that he had recently served 20 double faults in a match. Bublik then asked Murray what advice he could give him. “Try not to serve 20 double faults,” the Scot deadpanned.

The pair squared off weeks later at Wimbledon, and during a rain delay in the third set, Bublik thanked Murray for the double-faults advice. “You’ve served a few so far,” Murray observed. “I think only 10,” Bublik responded. “Well, there’s still time to get to 20,” Murray said.


Like Bublik, Alexander Zverev’s second serve has been problematic for him at times. He served seven double faults in his opening round-robin loss to Daniil Medvedev Monday, after serving only nine in five matches in Bercy.

Zverev will be looking to reclaim his Cologne serving form if he wants to beat his next opponent, Diego Schwartzman. In their most recent match, a few weeks ago in Germany, Zverev handily beat Diego, 6-2, 6-1, smashing nine aces without a single double fault. But in their prior match, at last year’s US Open, Zverev served up 17 double faults and lost to Schwartzman in four sets. 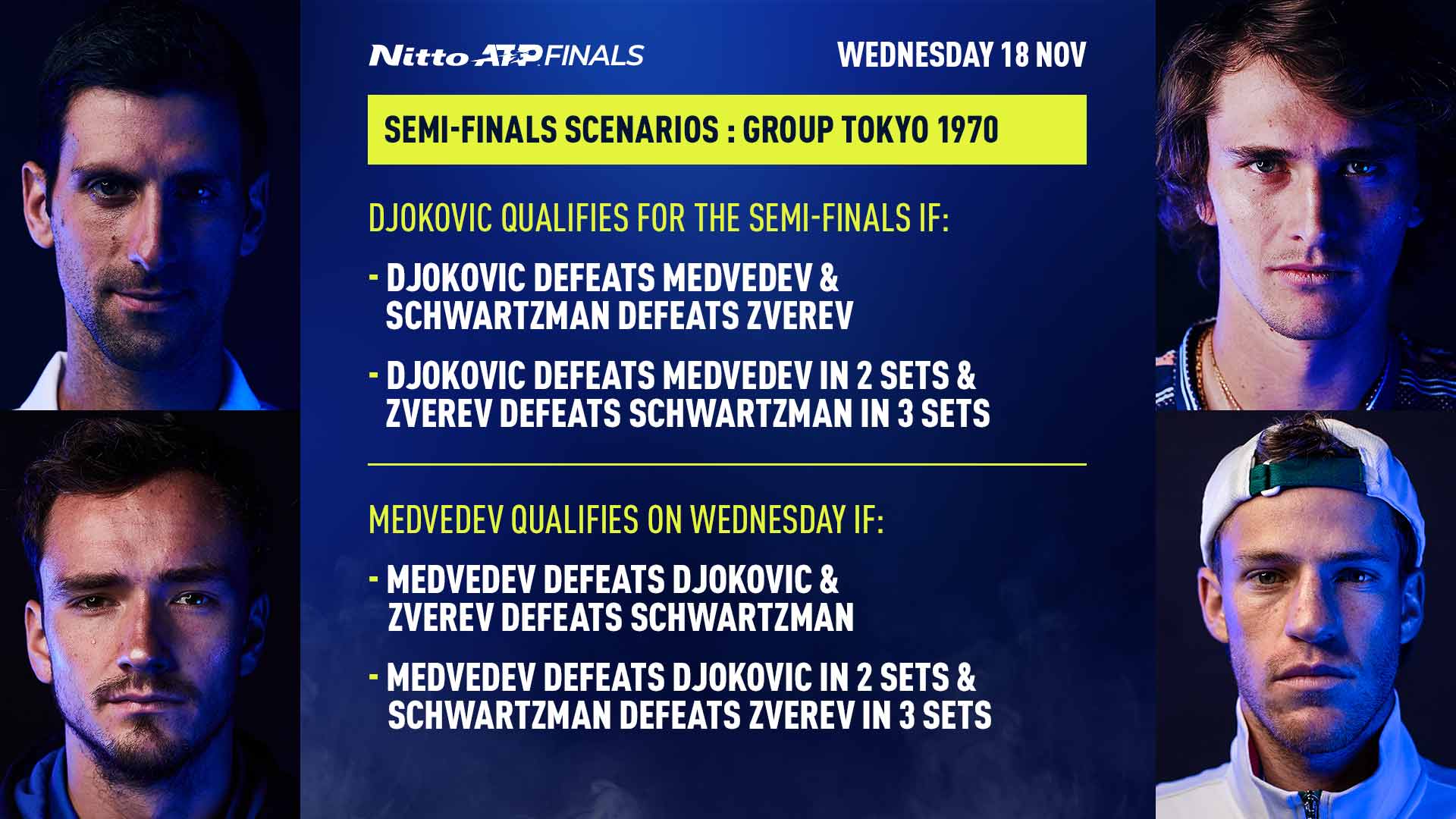 Zverev seemingly had solved his serving issues during his recent 12-match indoor winning streak, during which his serve was rock solid. Zverev’s booming serve is a huge net plus for him when it’s clicking, but double faults can be contagious and they tend to dent his confidence.

“I need to be better on court,” said Zverev after his opening loss to Medvedev in London. “Because if I play like today, I'm not going to win any matches here this week. Now I can't afford to lose. I need to beat Diego, I need to beat Djokovic to have a chance to go to the semi-finals. I'm going to try to do that.”

The 2018 Nitto ATP Finals champion is spot on regarding the stakes for his next match. The last time a man advanced after losing his first two matches was in 2006, when the Argentine David Nalbandian managed the feat. Since then, just one player—Kei Nishikori, in 2016—has advanced with a 1-2 record. And so, Diego and Sascha will take the court Wednesday afternoon feeling very much like bloodied boxers answering the bell in the 15th round needing a knockout to survive.

Schwartzman scored an early break in the first set of his match against Novak Djokovic but that was the extent of his highlight reel, as he was outplayed in straight-sets loss. The defeat dropped the 28-year-old Argentine’s season mark to 25-13. The Buenos Aires native has split four career matches with Zverev, who won both of their indoor meetings. Diego’s two wins came at the US Open and on clay in Kitzbuehel in 2014 when he handed the then 17-year-old German a breadstick and a bagel for his troubles.

Zverev enters the match as a decisive favourite, given the surface and his recent one-sided victory over Schwartzman in Cologne. But he’ll need to keep his cool and minimise the double faults against the feisty Argentine, who can drive the best players in the world crazy when he’s at his best. 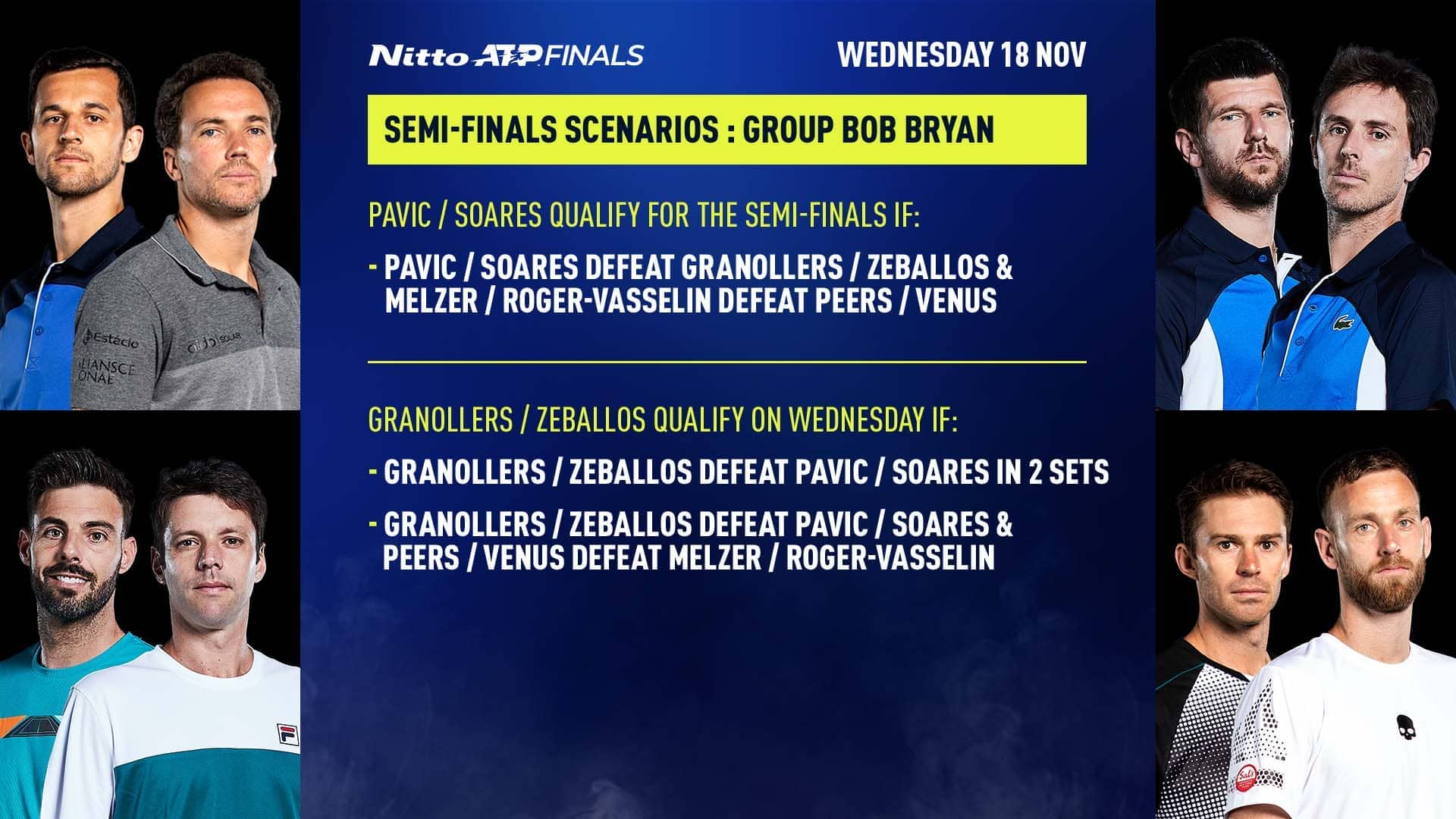