Italian to face Nadal in quarter-finals

Jannik Sinner on Sunday became the first player since Rafael Nadal in 2005 to reach the Roland Garros quarter-finals on his tournament debut.

The reigning Next Gen ATP Finals champion produced one of the biggest wins of his career to beat World No. 7 Alexander Zverev 6-3, 6-3, 4-6, 6-3 on Court Suzanne-Lenglen. Sinner was clinical on break points, converting five of his six opportunities to defeat Zverev in just over three hours.

Sinner played without fear throughout the fourth-round contest, grabbing his opportunities to step inside the baseline and take control of rallies. The Italian struck 39 winners throughout the match, almost double Zverev's 20.

“It has been tough. We have practised sometimes in Monaco, so we know [each other] quite well,” said Sinner on court. “Today was very tough, knowing that it was going to be a long match. At the end, I am very happy about my performance.” 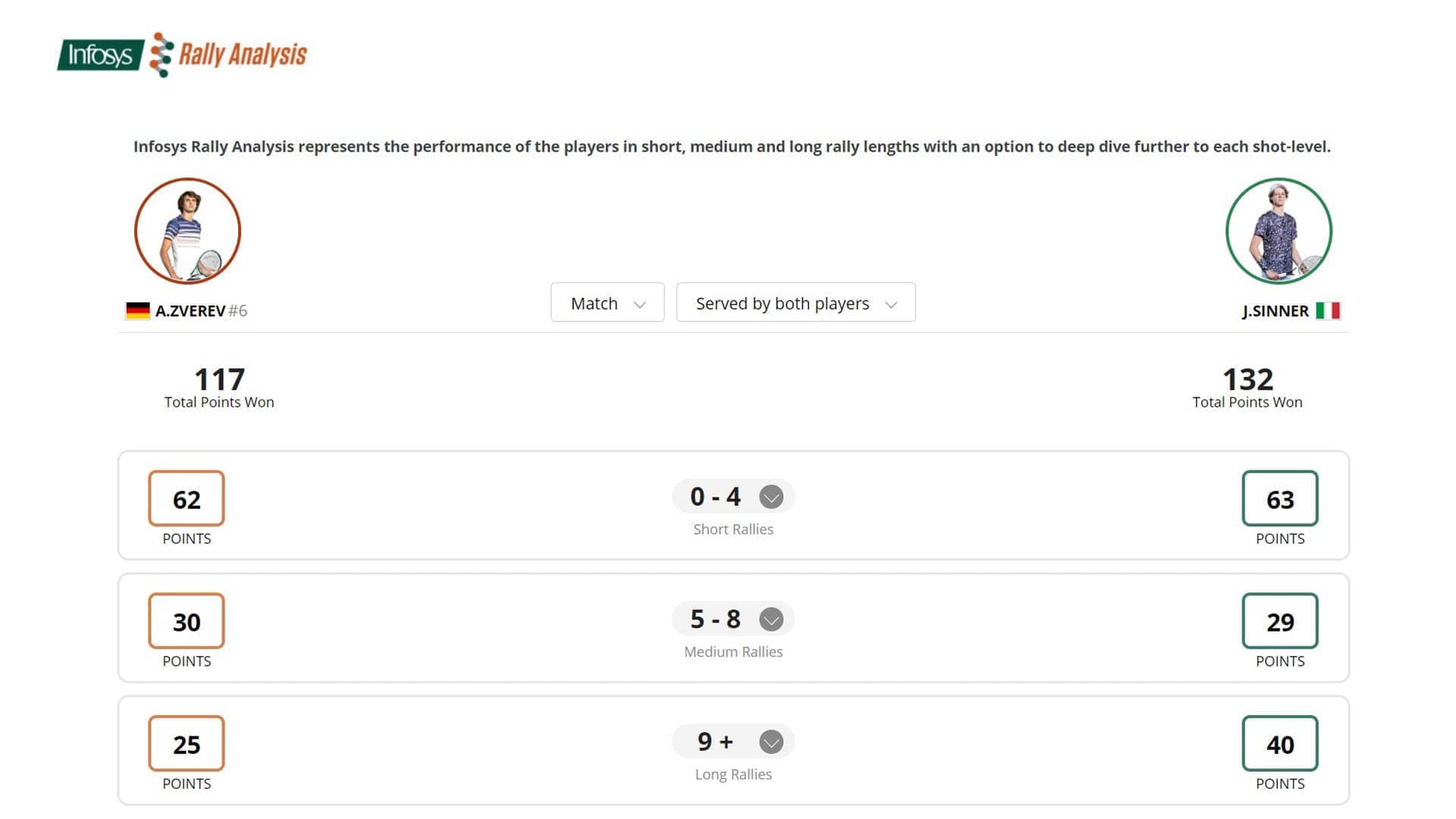 The 19-year-old is the youngest player to reach a Grand Slam quarter-final in 14 years. Aged 36 days younger, Novak Djokovic achieved the same feat when he reached the last eight at this event in 2006.

In the quarter-finals, Sinner will face the ultimate clay-court test: Nadal. The 12-time champion advanced to the last eight in Paris for a record 14th time with a 6-1, 6-1, 6-2 victory against #NextGenATP American Sebastian Korda on Court Philippe-Chatrier.

“It's not the easiest thing [to play Nadal at Roland Garros], for sure. I think the record he has here, I think nobody can beat that. He is super confident here,” said Sinner.

“It's going to be a difficult match for sure. It's always [my aim] to go on court with the right attitude, trying to play [my] best tennis, which I have to do if I want to play [at] the same level as he plays.”

This is the second straight event where Sinner has earned a Top 10 win. At last month’s Internazionali BNL d’Italia in Rome, the Italian overcame World No. 6 Stefanos Tsitsipas in three sets to reach the third round.

Zverev was attempting to reach the quarter-finals in Paris for the third straight year. The German has enjoyed his most successful season at Grand Slam events, highlighted by his runner-up finish at the US Open and a semi-final run at the Australian Open. Zverev has won 14 of his 17 matches at major championships this year 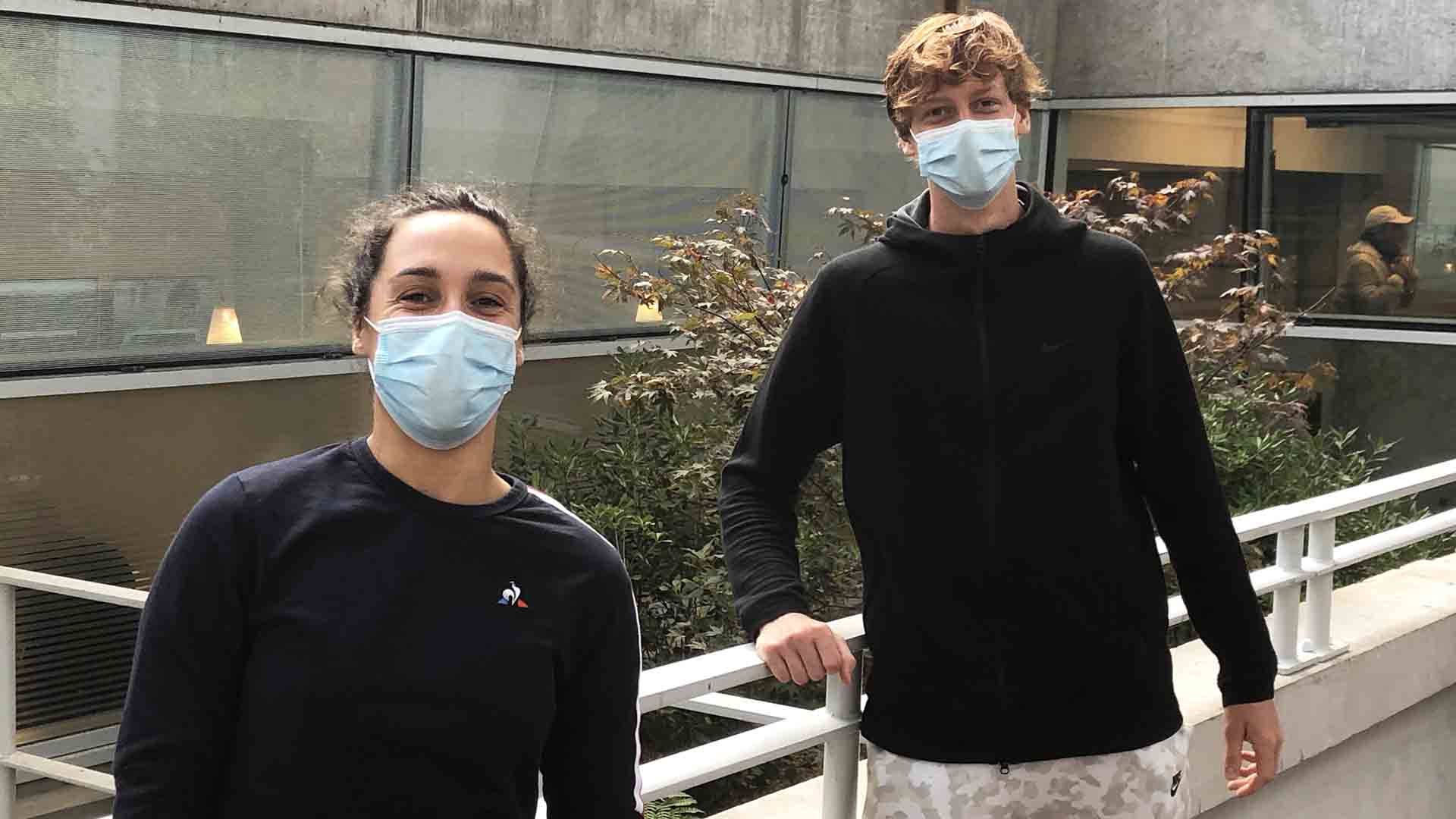 Italians Martina Trevisan and Jannik Sinner are both through to their first Grand Slam quarter-finals.

Sinner claimed the only break of the first set at 2-1, playing with aggression on his forehand and moving up the court to break to love. The World No. 75 increased his advantage early in the second set, playing with consistent depth and ripping his groundstrokes from the baseline.

After earning his third service break to claim a two-set lead, Sinner rallied from a break down to reach 4-4 in the third set. The Italian held four game points to move one game from victory, but committed a series of unforced errors to hand Zverev a route back into the match. The World No. 7 took his chance, as he claimed the third set with an angled backhand volley.

Sinner showed no signs of disappointment in the fourth set, as he continued to attack from the baseline to win eight of the first nine points. Serving for the match, Sinner converted his first match point with a cross-court forehand.

“It is best-of-five sets. It is a little bit different if you lose one set,” said Sinner. “[I was] just trying to keep going [after the third set], I knew that I was playing quite well. Even in the third set, I made a little comeback... I tried to be focused in the first service game in the fourth set which I did and then it went quite well.”