For Dominic Thiem, Sunday's Mutua Madrid Open final against Alexander Zverev will be a chance to become a fully-fledged member of the game's current elite.

Thiem, the No. 7 player in the ATP Rankings, has been in the Top 10 since June 2016, after reaching his maiden Grand Slam semi-final at Roland Garros (l. to Djokovic), and he has twice qualified for the season-ending Nitto ATP Finals in London (2016, 2017). But Thiem has never won an ATP World Tour Masters 1000 event.

“A Masters 1000 title would mean a lot to me because it's obviously really tough to win one,” Thiem said.

View FedEx ATP Head2Head for the championship match at the 2018 Mutua Madrid Open & vote for who you think will win!
Zverev vs Thiem

For Alexander Zverev, the match is an opportunity to shout, once more, that he is on his way to challenging the best who have picked up a racquet. On Sunday, the 21-year-old can become just the fifth active player to win three Masters 1000 crowns, joining the “Big Four” of Rafael Nadal, Roger Federer, Novak Djokovic and Andy Murray.

“It's obviously a great final for the future ahead,” Zverev, 21, said of facing Thiem, 24.

Last year, Thiem fell to Nadal in the Madrid final, his only prior Masters 1000 title match. But earlier this week, the right-hander dispatched Nadal in the quarter-finals, snapping the Spaniard's 50-set and 21-match clay win streaks for his third win (3-6) against the No. 1 player in the ATP Rankings.

The Austrian right-hander owns a far more favourable FedEx ATP Head2Head record against Zverev, who's playing in his fourth Masters 1000 final (2017 Rome, Montreal; 2018 Miami) and second of the season. Thiem has beaten Zverev four of the five times they've played, including all three on clay. But it's been two years since they last played on red dirt, 2016 Roland Garros, when Thiem won in four sets.

At the time, Zverev was 19 and had never reached an ATP World Tour final, let alone a title match at a Masters 1000 event. Since then, however, the No. 3 player in the ATP Rankings has won five ATP World Tour titles and two Masters 1000 crowns, including the 2017 Internazionali BNL d'Italia title in Rome, when he dismissed Novak Djokovic in straight sets.

“We played five times against each other when he was already Top 10, and I was more in the developing stage still. Obviously he's leading the head-to-head,” Zverev said.

You May Also Like: Super Sascha Stellar Against Shapo

The German won his eighth straight match in order to reach his third final of the season. Zverev also won four consecutive times last week at the BMW Open by FWU in Munich to celebrate his first title of the year.

The 6'6” right-hander has yet to drop serve this week in Madrid, and he hasn't faced a break point since his third-round match against Argentina's Leonardo Mayer. Zverev dismissed Miami Open presented by Itau champion John Isner and #NextGenATP Canadian Denis Shapovalov in straight sets in the quarter-finals and semi-finals, respectively. 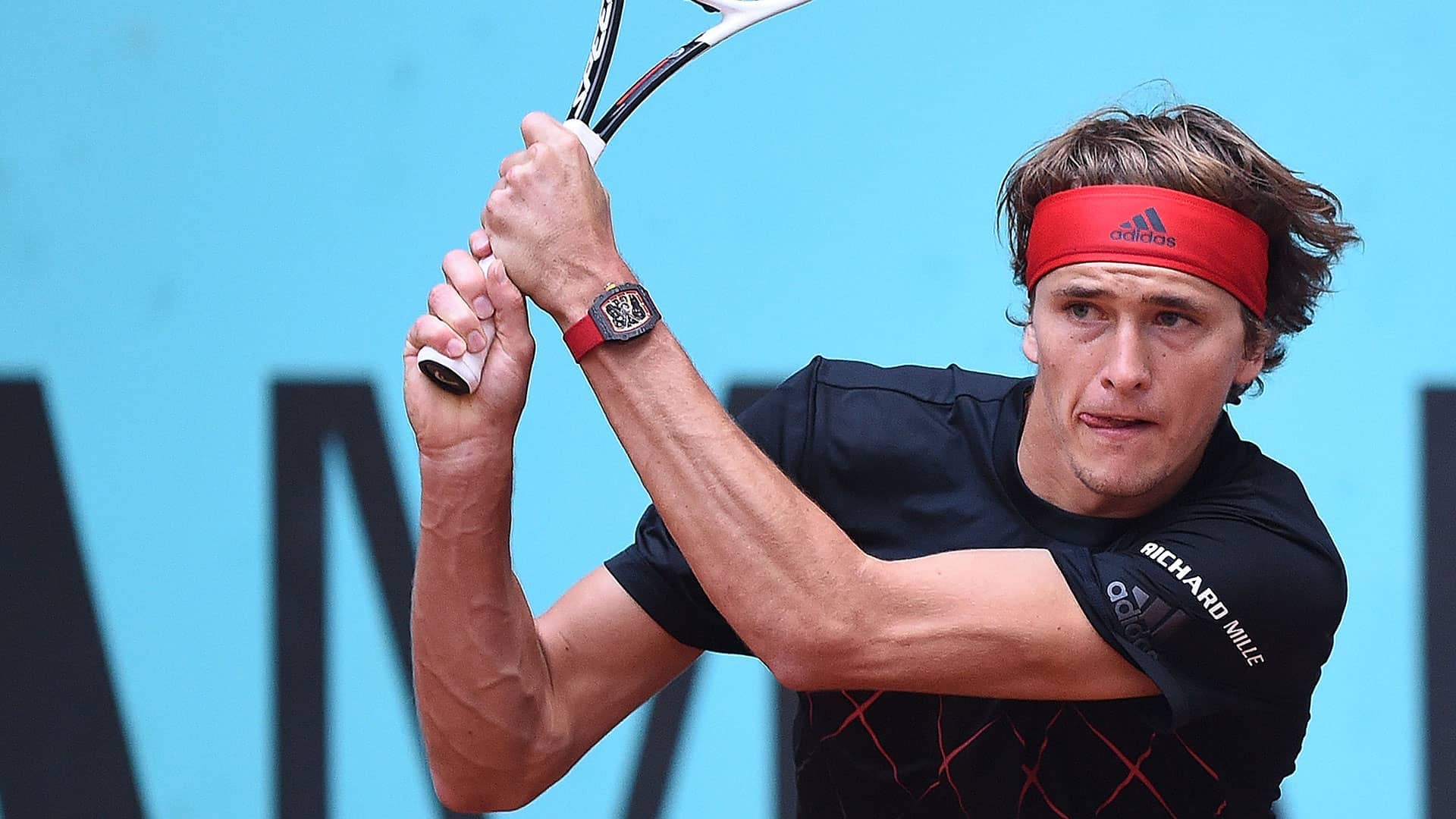 “I'm playing quite well. So is he. Hopefully it will be another entertaining one,” Zverev said of Sunday's final.

Thiem, however, should have more confidence than anyone, having done what few thought would happen this week by beating Nadal, the five-time champion in Madrid. It's the second time Thiem has beaten Nadal in straight sets on clay in as many years. The Austrian also defeated Nadal in the 2017 Rome quarter-finals.

“It gave me a huge boost of confidence,” Thiem said of his Madrid quarter-final victory. 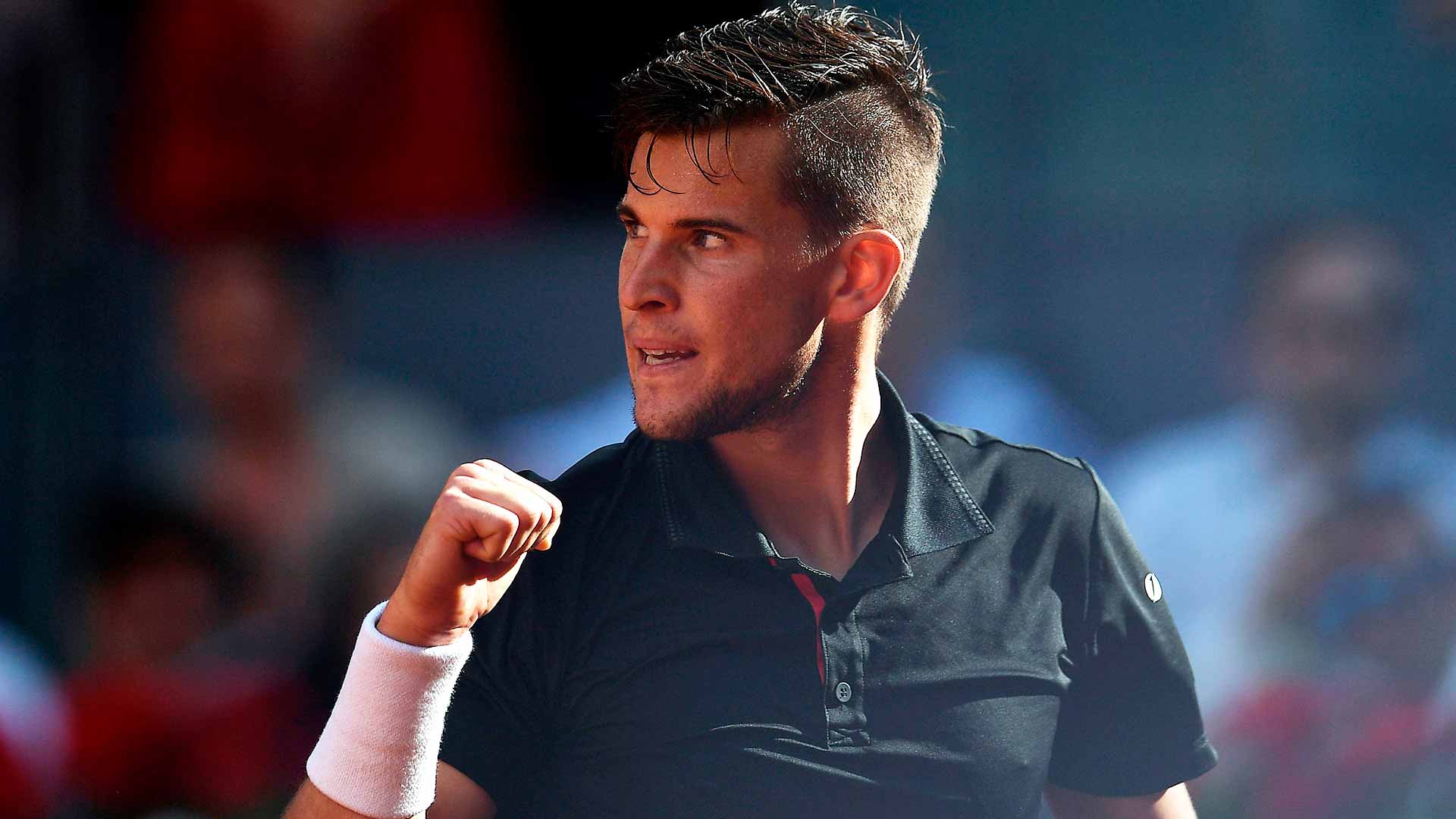 But he didn't walk into Caja Magica on Saturday and expect Kevin Anderson to give him the semi-final. Thiem had never beaten Anderson in their six prior FedEx ATP Head2Head matchups, but they had never played on clay, Thiem's surface of choice.

“I was keeping my level up from yesterday, so that was a great thing. The way I started was also well,” Thiem said. “Almost everything worked out. To beat him [6-4, 6-2], it's a very good result.”

The win would also mark Thiem's second title of the season (Buenos Aires). “To be honest, I thought that I was pretty far away before this week started,” Thiem said. “Now I'm in the finals again, which is amazing for me.”