Thiem will meet Cecchinato for the first time on Friday

Dominic Thiem is inching closer to peak form in Paris, where he reached the semi-finals for the third consecutive year in five appearances at Roland Garros.

The seventh-seeded Austrian served intelligently and controlled his single-handed backhand to draw errors from Alexander Zverev, who appeared to be hindered by a left leg complaint midway through the second set, in a 6-4, 6-2, 6-1 quarter-final victory on Philippe-Chatrier Court.

Thiem, who has won 25 of his 30 clay-court matches this year, avenged his recent Mutua Madrid Open final loss to Zverev in one hour and 50 minutes. He now leads Zverev 5-2 in their FedEx Head2Head series, including a 4-1 mark in red dirt matches.

“It’s never easy if your opponent obviously is not 100 per cent,” said Thiem. “But he's one of the fittest guys on tour, and even for him it's maybe a little bit too tough to play three five-setters in the first rounds of a Slam. So I expected, somehow, that he [would be] a little bit tired, but still I'm happy how I finished the game. I let him run. I was doing what I had to do, and so I'm satisfied."

When asked how he reflects on his two previous semi-final appearances in Paris, Thiem admitted, “I'm a better player in general, for sure. There was another year of work where I improved and developed my game. I think this year I'm physically and mentally fresher than I have been the past two years. I know how to handle a Grand Slam now, how to get that deep in such a tournament, and I think everything gets better with experience.”

Thiem, under the guidance of his long-time coach Gunter Bresnik, will now recharge and prepare to play Italian Marco Cecchinato for the first time in the semi-finals on Friday. Cecchinato became the first Italian man to reach the Roland Garros semi-finals in 40 years with a stunning victory over Serbian No. 20 seed and 2016 champion Novak Djokovic.

You May Also Like: Cecchinato Stuns Djokovic In Roland Garros Thriller 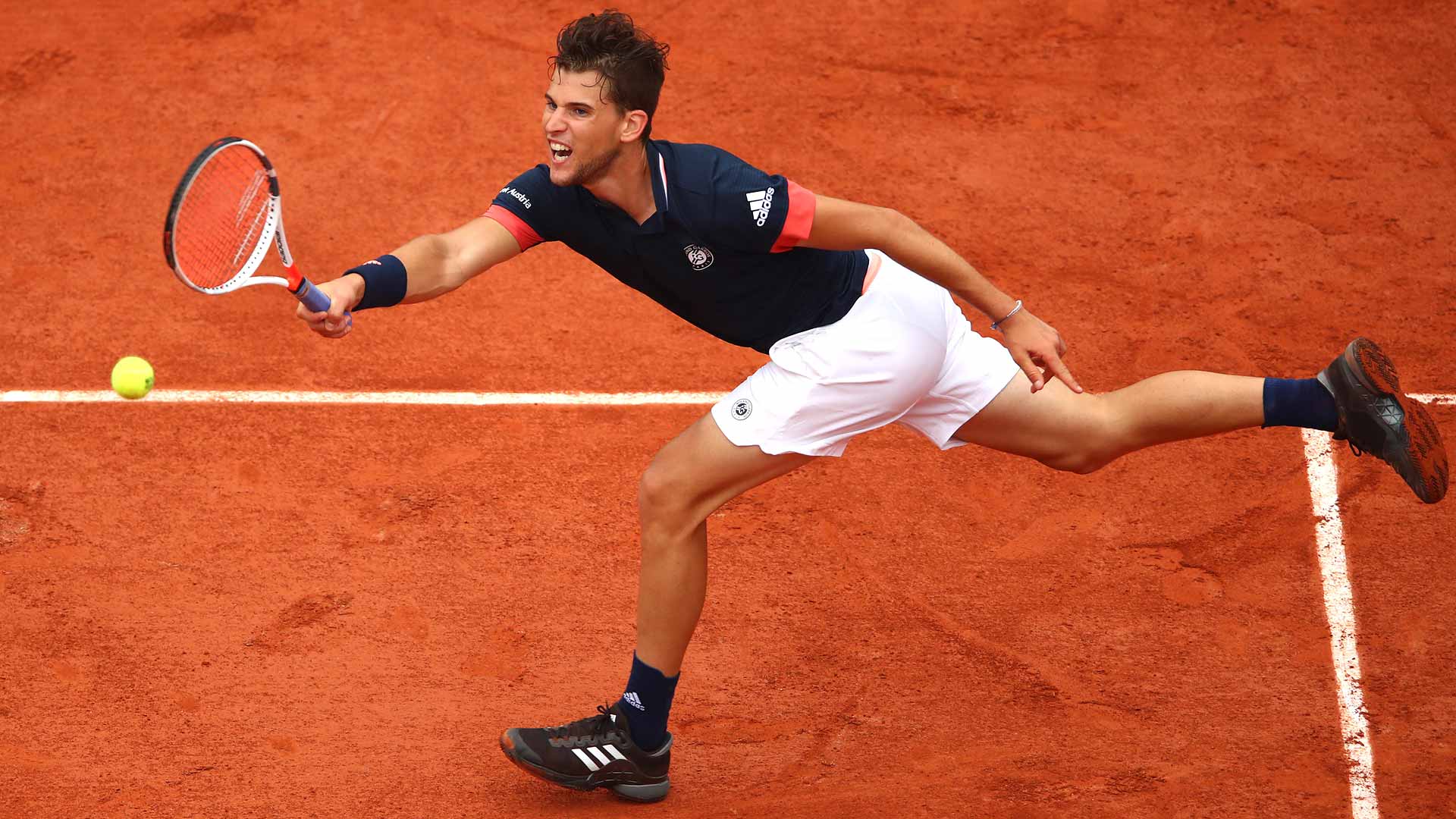 Thiem sliced his backhand low, forcing Zverev to hit up into the ball throughout the first set. The Austrian capitalised on his first break point opportunity on Zverev’s serve at 3-3, 15/40, when he slightly mis-hit a backhand crosscourt deep, which dipped late for a winner. Thiem completed the 39-minute set with his second ace, one of 10 winners.

Zverev, with three consecutive five-set wins in his legs, began to fatigue in the second set, helped by Thiem dragging him around the court. Zverev lost his groundstroke shape and paid the price in the third and fifth games with backhand errors that handed Thiem a 4-1 advantage. At the change of ends, Zverev had strapping applied to his left hamstring and was clearly frustrated by his inability to make inroads into Thiem’s service games.

Zverev left the court at the end of the set, but upon the resumption of play Thiem maintained his momentum. The Austrian drew Zverev to the net for a backhand pass to break in the third set opener and came close to taking a 5-0 lead, but was unable to convert three break point chances. Zverev was clearly unable to move as effectively as he had done in victories over Ricardas Berankis, Dusan Lajovic, No. 26 seed Damir Dzumhur and Karen Khachanov, but refused to give up.

Thiem, who, like Zverev (34-9), has 34 match wins on the year (34-8), has lifted two ATP World Tour trophies this year at the Argentina Open (d. Bedene) and one week prior to the clay-court major at the Open Parc Auvergne-Rhône-Alpes Lyon (d. Simon).

"I'm going to take an MRI now after I'm done here," said Zverev. "I'm going to go back home and definitely not do anything and see what it is... I thought about (pulling out). I definitely thought about it, but I didn't want to pull out for the first time in my career in a Grand Slam quarterfinal."

The 21-year-old Zverev, the leader of the ATP Race To London for a spot at the Nitto ATP Finals in November, captured the BMW Open by FWU (d. Kohlschreiber) and the Madrid crowns, prior to a runner-up finish at the Internazionali BNL d’Italia (l. to Nadal), had been competing in his first Grand Slam championship quarter-final.