Alexander Zverev is the first German US Open finalist since Michael Stich in 1994.

ATP Staff
This article contains:
German happy with comeback, but has eyes on the final

Alexander Zverev knew to expect the unexpected at this US Open. Little did he anticipate checking off two career firsts on semi-final Friday.

The German fifth seed surged back from two sets down for the first time in his career to see off Spaniard Pablo Carreno Busta 3-6, 2-6, 6-3, 6-4, 6-3 inside Arthur Ashe Stadium. In doing so, he sealed a maiden Grand Slam final berth. But Zverev isn’t settling for a trip to the championship match.

“There's still one more step to go. For me, I think it's going to be extremely difficult,” Zverev said, looking ahead to facing Dominic Thiem on Sunday. “We played an epic in Australia.

As he sensed his greatest opportunity was about to slip from his grasp on Friday, Zverev lifted his level when it mattered. Already the owner of three ATP Masters 1000 titles and the 2018 Nitto ATP Finals trophy, he now stands one match from his biggest triumph.

Ahead of the semi-finals, a new Grand Slam champion was already guaranteed for the first time since Marin Cilic triumphed at Flushing Meadows six years ago. And after a strong start, it was Carreno Busta who looked destined to narrow that field to three when he opened up a two-set lead.

“Mentally I stayed in it. Even though I was down two sets to love, I stayed in it,” Zverev said. “I gave myself the best chance I could. I think a lot of players would have gone away.

“I knew, look, it's a Grand Slam semi-final. There are no easy matches anymore. Sometimes you have to dig deep. Today I dug deep, dug very deep.

“At the end of the day I'm sitting here as the winner of that match, which could have been very different.” 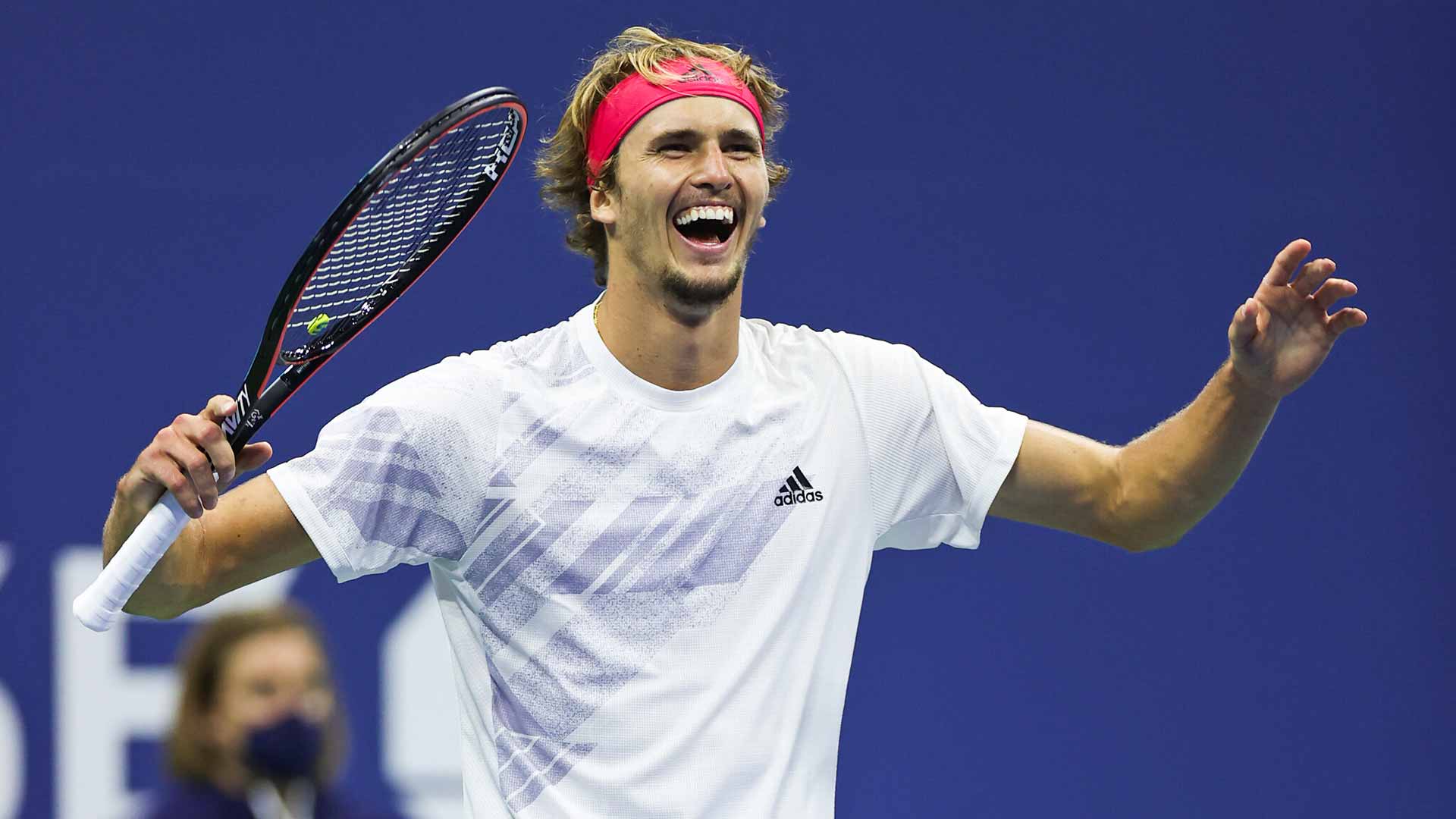 Photo Credit: Simon Bruty/USTA
Having broken through as a highly touted teenager, Zverev had long been earmarked as one of the heirs apparent to the Big Three of Roger Federer, Rafael Nadal and Novak Djokovic. But it took 18 Grand Slam main draw appearances before he notched his first Grand Slam semi-final appearance at this year’s Australian Open.

Now the 23-year-old has gone one better in his next major outing. Zverev is the youngest player to reach the US Open final since Novak Djokovic at Flushing Meadows a decade ago. Should victory follow on Sunday, the German would become the youngest major winner since a 20-year-old Juan Martin del Potro at this event in 2009.

Only second seed Thiem stands between him becoming the first German Grand Slam champion since Boris Becker at the 1996 Australian Open. It was Becker who last triumphed at Flushing Meadows in 1989, two months before the fall of the Berlin Wall.

“I mean, it says that Boris won. That's one small fact,” Zverev said. “That I still need to achieve. Sunday is going to be extremely difficult.

“But I'm looking forward to it. I'm in the final of a Grand Slam. The two best players in the world are going to be playing on court.”