German to face Harris in quarter-finals

Alexander Zverev began his title bid at the bett1HULKS Indoors with a 6-4, 6-1 victory against Fernando Verdasco on Thursday.

Chasing his third ATP Tour trophy on home soil, the two-time Munich champion was dominant on serve against the former World No. 7. Zverev fired seven aces and won 84 per cent of his service points (32/38) to improve to 4-2 in his ATP Head2Head series against Verdasco after 63 minutes.

“It is nice to be done in just over an hour, especially against Fernando because playing a first match back on hard courts against Fernando can always be tricky,” said Zverev in an on-court interview. “He is one of the most powerful opponents that you can have. I am happy to get the win and happy to be in the quarter-finals.”

Zverev is attempting to claim his first ATP Tour trophy since the Gonet Geneva Open in May 2019. The 6’6” German, who owns a 16-8 record in 2020, advanced to his first final of the season at last month’s US Open (l. to Thiem).

The top seed will meet South Africa’s Lloyd Harris for a semi-final spot. Harris claimed his place in the quarter-finals with a 7-6(5), 7-6(2) win against Steve Johnson on Wednesday.

“[Harris] is a young guy as well, similar to my age… My brother played him once so I am going to ask my brother a few questions. It is going to be interesting,” said Zverev. 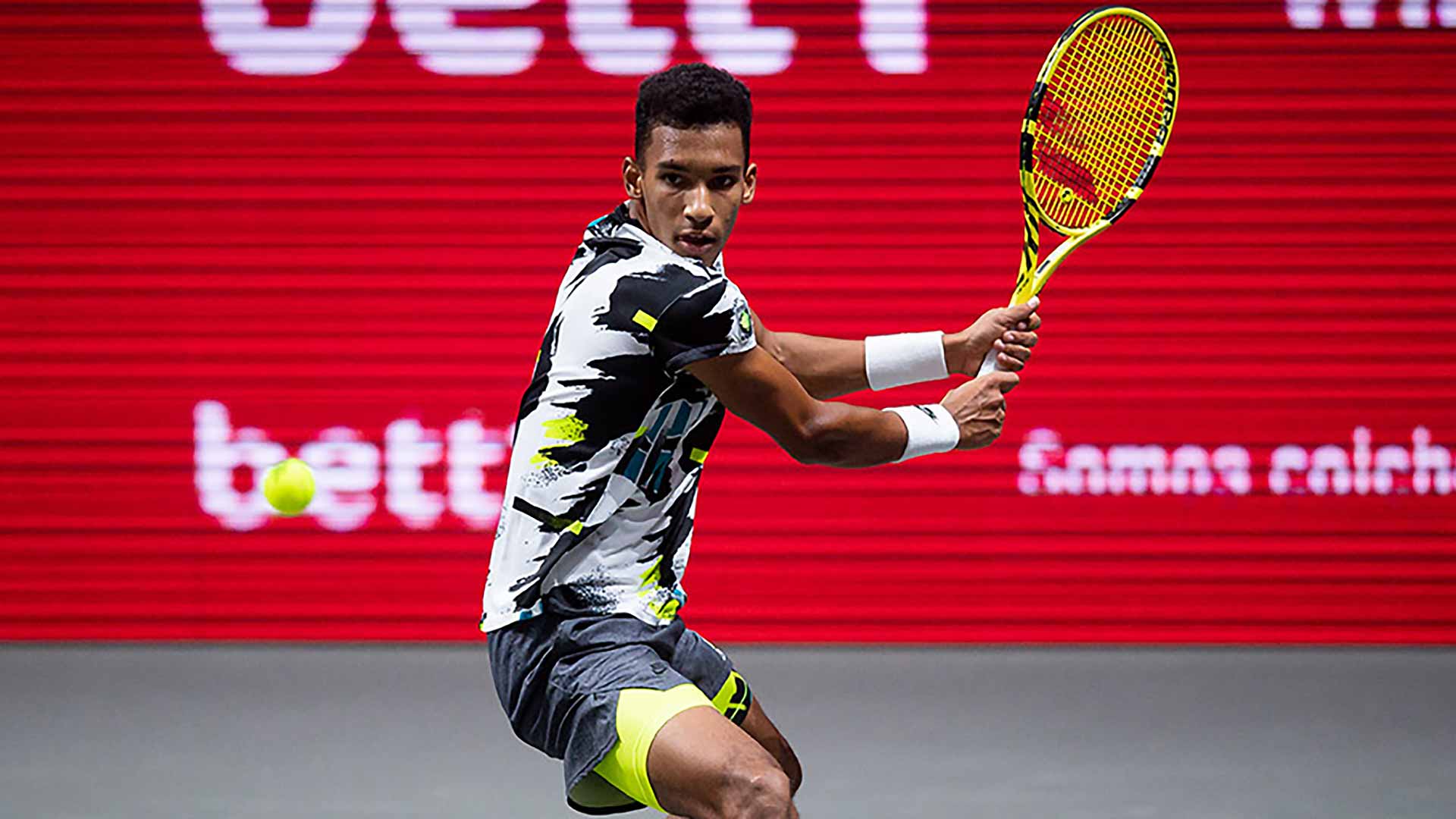 Third seed Felix-Auger Aliassime continued his strong run of indoor form this year. The #NextGenATP Canadian, who finished as runner-up in Rotterdam and Marseille in February, did not face a break point en route to a 6-4, 6-1 win against Swiss qualifier Henri Laaksonen.

Auger-Aliassime will attempt to reach his fourth semi-final of the season when he faces Radu Albot in the quarter-finals. The Moldovan outlasted Oscar Otte 6-4, 5-7, 7-5 on Wednesday.

"[Radu] is quick. He puts a lot of balls back," said Auger-Aliassime. "[He is] among the shorter guys on Tour, so not the biggest serve, but I am sure he can place it very well. It is going to be tricky because maybe my approaches are going to come back more than today… I am going to have to play one, two, three or more balls, so I am going to be ready for that challenge."

Roberto Bautista recorded just his second win in seven ATP Head2Head encounters against Gilles Simon, beating the Frenchman 6-4, 7-6(5). The second seed was forced to save two set points at 6-5 in the second set, before completing victory in two hours and 19 minutes.

Bautista Agut will attempt to clinch his 20th victory of the season (19-7) when he faces Hubert Hurkacz in the quarter-finals. The sixth seed claimed a 6-4, 6-3 win against Mischa Zverev on Wednesday.

Alejandro Davidovich Fokina recovered from 3-6, 0-2 down to battle past eighth seed Marin Cilic. The #NextGenATP Spaniard reached his first quarter-final of the year after two hours and 22 minutes, withstanding 12 aces to record a 3-6, 7-6(3), 6-2 victory.

Davidovich Fokina will meet Dennis Novak for a place in the semi-finals. The Austrian defeated fourth seed Benoit Paire 6-3, 6-4 on Wednesday.