Alexander Zverev and Mischa Zverev embrace after their first tour-level meeting on Thursday at the CIti Open in Washington, D.C.

Editor's Note: ATPTour.com is resurfacing features to bring fans closer to their favourite players and tournaments during the current suspension in tournament play. This story was originally published on 2 August 2018.

It took 539 tour-level main draw matches for brothers Alexander Zverev and Mischa Zverev to finally meet on the ATP Tour. So when the brothers posed for a picture after the coin flip at the 2018 Citi Open, the emotions of the moment truly set in.

"We walked back, and the crowd was cheering, I almost had tears in my eyes," Mischa told Tennis Channel. "I was like, 'This feels so special. I wonder what my parents are thinking right now?' I needed a few seconds to actually bite my tongue and focus. To me, that was incredibly special."

Once the match got going, it was ‘Sascha Zverev', as chair umpire Mohamed Fitouhi referred to him during the match, who beat his older brother 6-3, 7-5 to reach the quarter-finals in Washington, D.C. in the first tour-level meeting between brothers since the 2016 Generali Open, where Gerald Melzer beat Jurgen Melzer.

The Zverev brothers had met on two previous occasions at the professional level — in qualifying of an ATP Challenger Tour event in Dallas six years ago and in qualifying of the 2014 Fayez Sarofim & Co. U.S. Men’s Clay Court Championship. But it was the 21-year-old Zverev who clinched their first FedEx ATP Head2Head meeting after one hour, 51 minutes.

"[It was] very special. As Mischa said, who can say you played your brother in one of the biggest tournaments in the world?" Sascha said. "It was unbelievably special. I hope this is not the last time. I hope we play a final one day or something like that. So hopefully [this was] the first of many."

And while the stats show that Sascha saved two of three break points he faced while breaking his older brother three times, the memory they will retain came after Mischa sprinted forward and hit a drop shot into the net on match point. The brothers made a lengthy embrace on Sascha's side of the court.

Sascha, the top seed, is the reigning champion in Washington, D.C. He is also the defending titlist at the Rogers Cup, which means he is defending a massive 1,500 ATP Rankings points between this week and next. Zverev is at a career-high World No. 3, and he has done well to back up his breakthrough five-title 2017. The 21-year-old clinched his third ATP Masters 1000 triumph at the Mutua Madrid Open, and also reached the final at the Miami Open presented by Itau and the Internazionali BNL d'Italia. 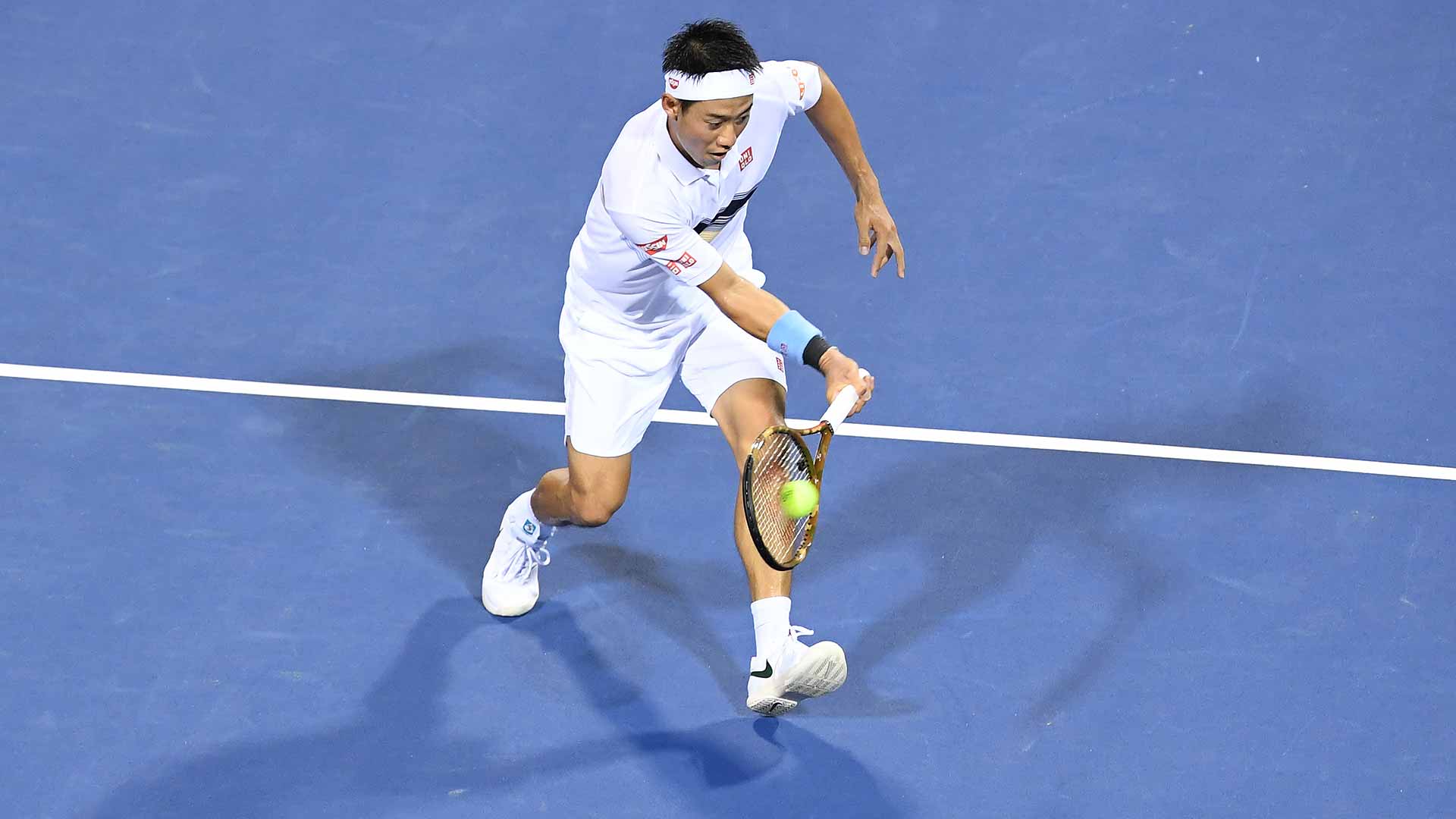 Zverev will next face seventh seed Kei Nishikori, who defeated ninth seed Denis Shapovalov 7-6(1), 6-3. The Canadian had won their only previous FedEx ATP Head2Head meeting earlier this year on the hard courts of Acapulco, but the Japanese star evened their series with more consistent play from the baseline throughout the match.

Nishikori is into his fifth tour-level quarter-final of the season, as he continues his comeback from a right wrist injury. The 2015 Washington, D.C. champion's clash against Zverev will be a rematch of the Rolex Monte-Carlo Masters semi-finals, which Nishikori won in three sets to become the first Japanese player to reach the final of the event. The pair also played in the Citi Open semi-finals one year ago, with the German coming out on top.

"I've got to do something better," Nishikori said. "I'll try to do my best, and see what happens."

Did You Know?
The Zverev brothers were opponents for just a moment. Later the same evening, they completed their rain-delayed first-round doubles match, ousting top seeds Oliver Marach and Mate Pavic.