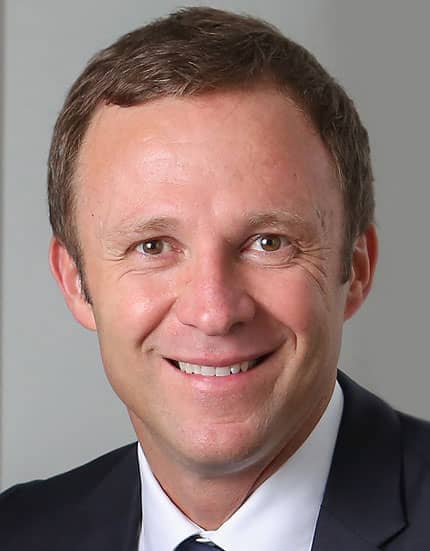 London, United Kingdom
Massimo Calvelli began serving as ATP Chief Executive Officer on 1 January 2020. The Italian has been a highly respected sports executive in global sales, marketing, operations and product development for the past 20 years. Most recently, Calvelli was employed by Nike where he worked across multiple functions and oversaw all aspects of global tennis sports marketing. During his time at Nike, he led negotiations with many of the sport's global icons. Previously, Calvelli was the Global Business Director for Wilson Sporting Goods.
ATP Involvement
Calvelli was the unanimous choice of the ATP Board of Directors, appointed as ATP Chief Executive Officer. Calvellli began in the role on 1 January 2020 in conjunction with incoming ATP Chairman Andrea Gaudenzi as part of a new leadership team at the helm of the ATP following the ATP Board’s decision to split the former position of ATP Executive Chairman & President into two separate roles. 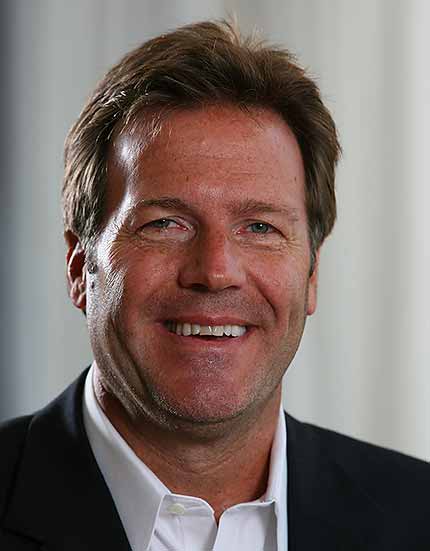 Ponte Vedra Beach, Florida, USA
Mark Young previously worked with the law firm of Smith Hulsey and Busey, and as a senior attorney with The Charter Company prior to joining the ATP.
ATP Involvement
Beginning May 2020 Young has served as Chief Legal and Administrative Officer, responsible for ATP legal counsel, rules & competition and management of the ATP’s office in Ponte Vedra Beach, Florida. Previously, Young served as Vice Chairman from May 2015 to May 2020. He first joined the ATP in 1990 and served as ATP’s General Counsel where he was responsible for negotiating the ATP's major sponsorship deals and television agreements and pioneered the development of the sport's anti-doping program. Young was also responsible for the successful defense of the Hamburg litigation in 2008. From January 2006 until his appointment as Vice Chairman in May 2015, Mark was the ATP's Chief Executive Officer, Americas, overseeing the ATP's operations in North and South America. Young also served as the ATP’s Chief Media Officer from June 2012 through May 2020, overseeing the ATP’s interests in broadcast media rights, including television, live streaming, data, live scoring, and other associated rights. 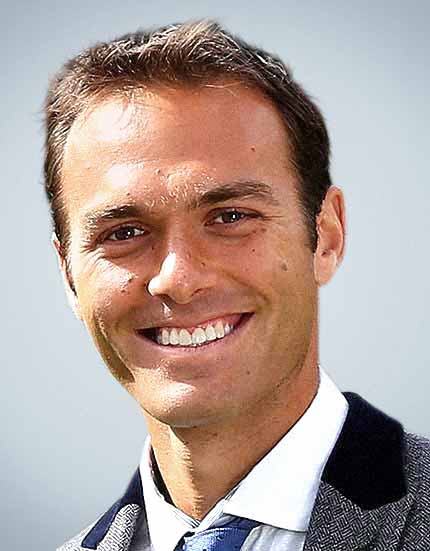 London, England
Ross Hutchins announced his retirement from the professional game a couple weeks before assuming his role as the head of the ATP Player Relations department on 1 October 2014. He was  appointed Chief Player Officer on 1 January 2016. Diagnosed with Hodgkins Lymphoma in 2012, Hutchins made a full recovery before resuming his career in professional tennis in January 2014.
ATP Involvement
Hutchins, who turned pro in 2002, captured five ATP Tour doubles titles during his career and reached a career-high doubles ranking of 26 in May 2012. He served as Tournament Director of the Aegon Championships at The Queen’s Club in 2014. 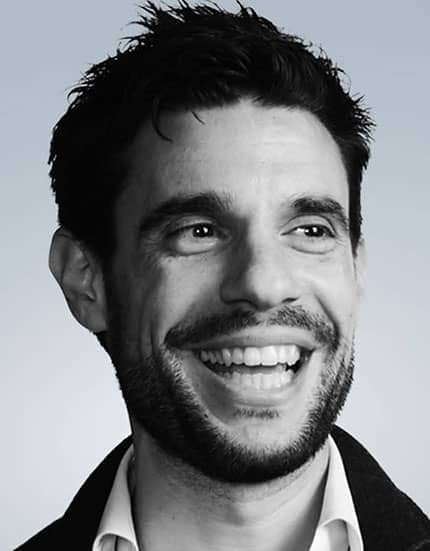 ATP Involvement
As Chief Business Officer, a role he began on 1 December 2020, Sano will oversee all Commercial Partnerships, Global Sales, Marketing, PR and Business Development operations for the ATP. 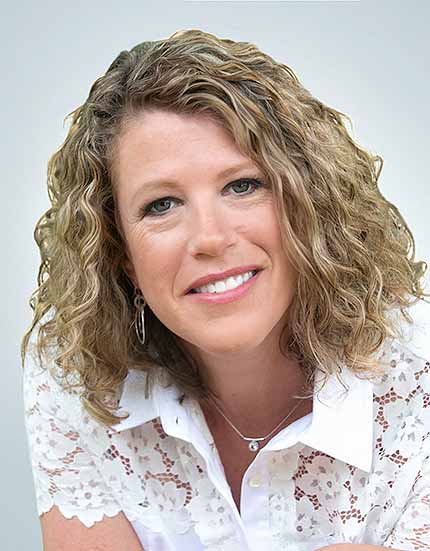 Irene Wolfe began her career practising labour and employment law in Canada with Osler, Hoskin & Harcourt and then as labour attorney for the City of Toronto before relocating to the United States. Wolfe then spent 13 years working in the Human Resources field for a variety of clients, including medical practices, franchise operations as well as large manufacturing companies.

ATP Involvement
Beginning May 2020, Wolfe has served as the Executive Vice President Human Resources, responsible for personnel and risk management globally. Wolfe joined the ATP in January of 2013 as Director, Human Resources with responsibility for ATP staff worldwide in all aspects of employment to ensure the fulfillment of ATP’s goals and objectives. This includes attracting and retaining high quality talent, designing and implementing policies as well as employee benefit and wellness programs. In 2016, Wolfe became Senior Director and added risk management and all lines of insurance cover to her responsibilities. 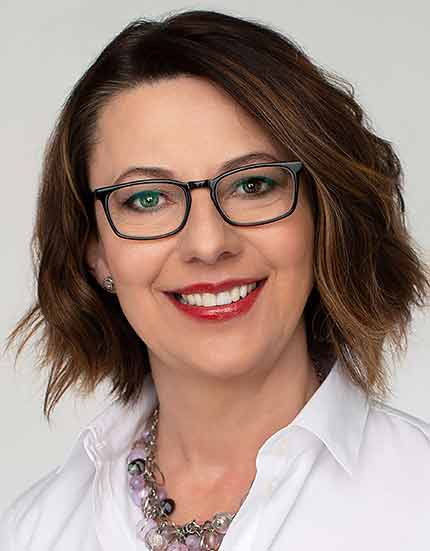 Ponte Vedra Beach, Florida, USA
After earning a BA in Accounting from the University of North Florida, Zehra Mešić worked in accounting in the food service industry for Bloomin’ Brands, Inc., one of the world’s largest casual dining companies with more than 1,400 restaurants in 20 countries. A native of Bosnia and Herzegovina, Mešić is a Certified Public Accountant in the State of Florida. In 2021 she earned a Masters of Business Administration at UNF.
ATP Involvement
Mešić began serving as Chief Financial Officer on 1 January 2022, accountable for the financial, treasury, and risk management operations of the ATP. She has primary responsibility for planning, implementing, managing and controlling all financial-related activities, including the development of financial and operational strategies. Mešić joined ATP in 2006 and has served in various management roles within Finance and Accounting. 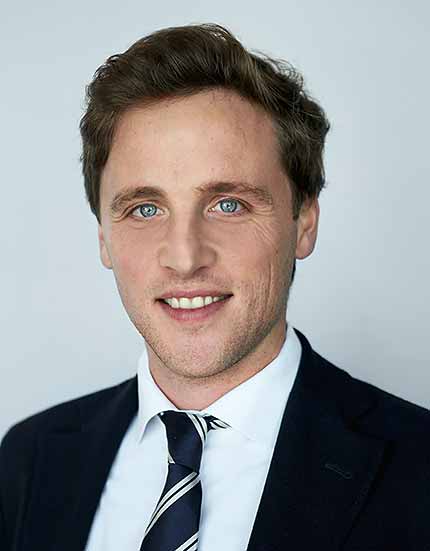 Monte Carlo, Monaco
Simon Higson has a background in public relations and languages, and obtained a BA degree from Duke University prior to joining ATP.
ATP Involvement
Higson has served as Executive Vice President, Communications, since May 2020. He first joined the ATP in 2004 and has held a number of roles based out of ATP’s offices in London & Monte-Carlo across Public Relations, Marketing, Brand Marketing and Corporate Communications. He has played a central role in the PR & Communications operations of the Nitto ATP Finals in London since 2009, and has been part of ATP’s management team since 2013 when he was appointed as Director of Corporate Communications. He is currently based out of the ATP’s Monte-Carlo office.
Premier Partner