Novak Djokovic and Carlos Alcaraz speak with children at ‘Asyl Miras’, an autism centre in Kazakhstan.

Alcaraz, Djokovic Among Stars To Visit Autism Centre In Astana

Carlos Alcaraz and Novak Djokovic had smiles on their faces Monday in Astana and it had nothing to do winning a tennis match.

The pair visited a center for autistic children in Kazakhstan’s capital city, a day after fellow ATP stars Daniil Medvedev and Felix Auger-Aliassime stopped by. They presented gifts to children at ‘Asyl Miras’ and in turn received a present or two of their own, including paintings from the kids.

“They gave me a gift as well so I was smiling when they gave it to me,” said Alcaraz, who sits atop the Pepperstone ATP Rankings after winning the US Open last month. “I’m so happy to live these things, to see the kids happy. And that’s the most important thing.”

‘Asyl Miras’ is a project from Bulat Utemuratov’s foundation. The president of the Kazakhstan Tennis Federation has opened 11 such centres in the country, and he joined Medvedev and Auger-Aliassime on Sunday.

Djokovic has long had his own foundation too, focussing on, as the Novak Djokovic Foundation’s website states, “early childhood education and early childhood development”.

The 21-time Grand Slam winner also once sent a message to a young autistic fan living in Macedonia. According to the World Health Organization, “about one in 100 children” has autism. Used to providing energy on the court, Medvedev said he drew energy from the kids. 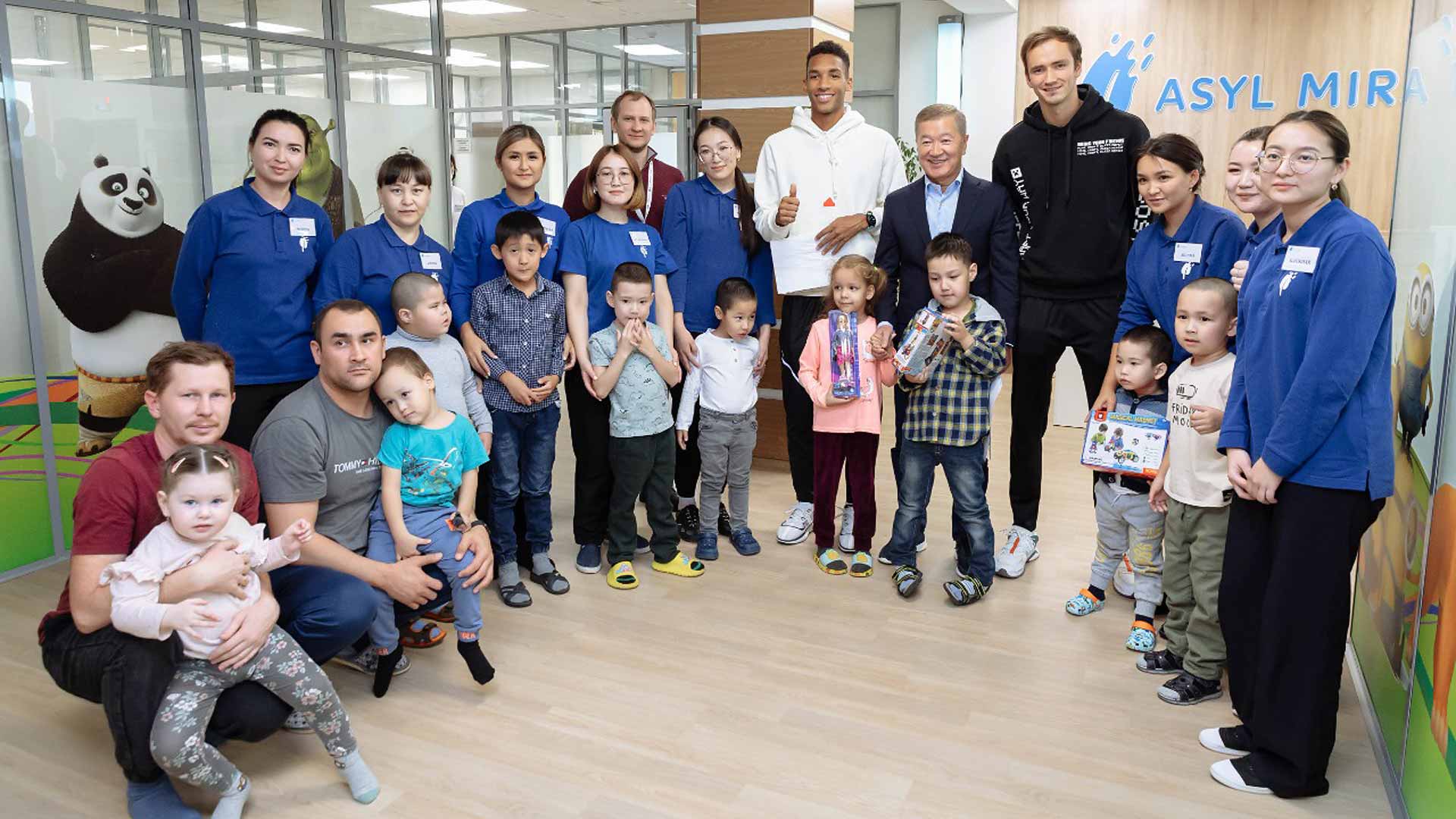 Photo Credit: Astana Open
“The centre is really nice,” said Medvedev, seeded second at the Astana Open behind Alcaraz. “They help kids, they help parents, which I find also very important and it was great to see all these kids.

“They were all happy when we gave them presents and yes, it’s just nice energy, gives you a good mood, and yes you want to help people when you see this.”

“Beautiful work done by the foundation,” said the eighth-seeded Canadian. “I also had an experience to see the video of the work that’s been done all over the country, so great to see it.

“It’s important what we’re doing, in tennis, trying to be players but it’s also important… It’s actually most important that these kids have the chance to develop in a good way, and I’m happy to see that for my own eyes. Very inspiring.”

The quartet had yet to contest their first outings at the new, stacked ATP 500.