Progress is rarely linear, in life or in sport. With the right mindset, a setback can provide an opportunity to come back stronger.

That is exactly what the four nominees for Comeback Player Of The Year in the 2022 ATP Awards have worked so hard to do this season. Borna Coric, Stan Wawrinka, Wu Yibing and Dominic Thiem are all on the shortlist for the award, which goes to a player who has overcome injury to re-establish himself as one of the top players on Tour.

The winner, as selected by the players, will be announced during Awards week, starting 12 December.

Borna Coric
SInce undergoing surgery in May 2021, Coric has had to spend between 30 and 90 minutes a day working on his right shoulder to maintain it. Considerable off-court commitment is necessary for the Croatian to even make it onto court, let alone to start winning matches on the ATP Tour.

That hasn’t stopped the 26-year-old from surging back up the Pepperstone ATP Rankings this year. Having dropped as low as No. 278 in May, Coric ended the season at No. 26, an inspirational return following 12 months out due to his injury.

After making his comeback at Indian Wells in March, Coric was understandably rusty. Yet an ATP Challenger Tour title won in Italy in June was a sign that he was starting to find his feet again, and the former World No. 12 then charged back into the ATP Tour winners’ circle in style at the Western & Southern Open in August.

“I have no words, to be honest,” said Coric after taking out five Top 20 players in a row, including Rafael Nadal, Felix Auger-Aliassime and Stefanos Tsitsipas, to claim a stunning maiden ATP Masters 1000 title in Cincinnati. “It's just an unbelievable feeling… I thought I could play well. I was training hard, and I knew I could play good tennis, but that I could play this level tennis, I was just not aware. I'm just super happy.”

Stan Wawrinka
“[It is] not a miracle, I wouldn't say that, but it was very long and difficult… I thought I would be [out] only a few weeks. It lasted a whole year, with many moments of doubts.”

Wawrinka had good reason to be cautious prior to his tour-level singles return at the Rolex Monte-Carlo Masters in April. The former World No. 3 had been kept out of action for more than a year by a foot injury.

The 16-time tour-level titlist did not take long to dispel any doubts about his ability to compete against the best in the world, however. Wawrinka sealed wins against Reilly Opelka and Laslo Djere in just his second tour-level tournament back, the Internazionali BNL d'Italia in Rome. Later in the year, the 37-year-old also claimed a pair of notable Top 5 wins on European indoor hard courts, against Daniil Medvedev in Metz and Casper Ruud in Basel.

"This is one of the main reasons why I keep on playing," said Wawrinka after taking out World No. 3 Casper Ruud in straight sets. "I'm getting old, that's for sure. I had to fight the last two years with the injury, surgery. Coming back was not easy… So to be able to produce that tonight here in Switzerland is of course something really special."

Wu Yibing
After two seasons away from the ATP Tour, Wu returned to play his part in history in 2022.

In August, he and his countryman Zhang Zhizhen both came through qualifying to become the first Chinese men to compete in the US Open main draw in the Open Era. It represented a milestone moment on a long road for Wu, who did not compete on the ATP Tour from March 2019 until January 2022 due to several injuries, including issues with his elbow, lower back, shoulder and wrist.

“I’m happy I’m still playing tennis and enjoying tennis,” said the 2017 US Open boys’ singles champion Wu after going on to reach the third round in New York, where he was beaten by defending champion Daniil Medvedev. “I think this is really good I can keep my passion for tennis even though I was hurting bad. I think this [is] not easy to do, but I'm glad I made it.”

That run at Flushing Meadows came off the back of a red-hot streak on the ATP Challenger Tour for Wu, who won three consecutive titles at that level in June and July. After playing exclusively on a domestic circuit in China in 2020-21 following elbow surgery, the 23-year-old’s exploits this season helped him rise to a career-high No. 113 in the Pepperstone ATP Rankings in early November, having started the year at No. 1122. 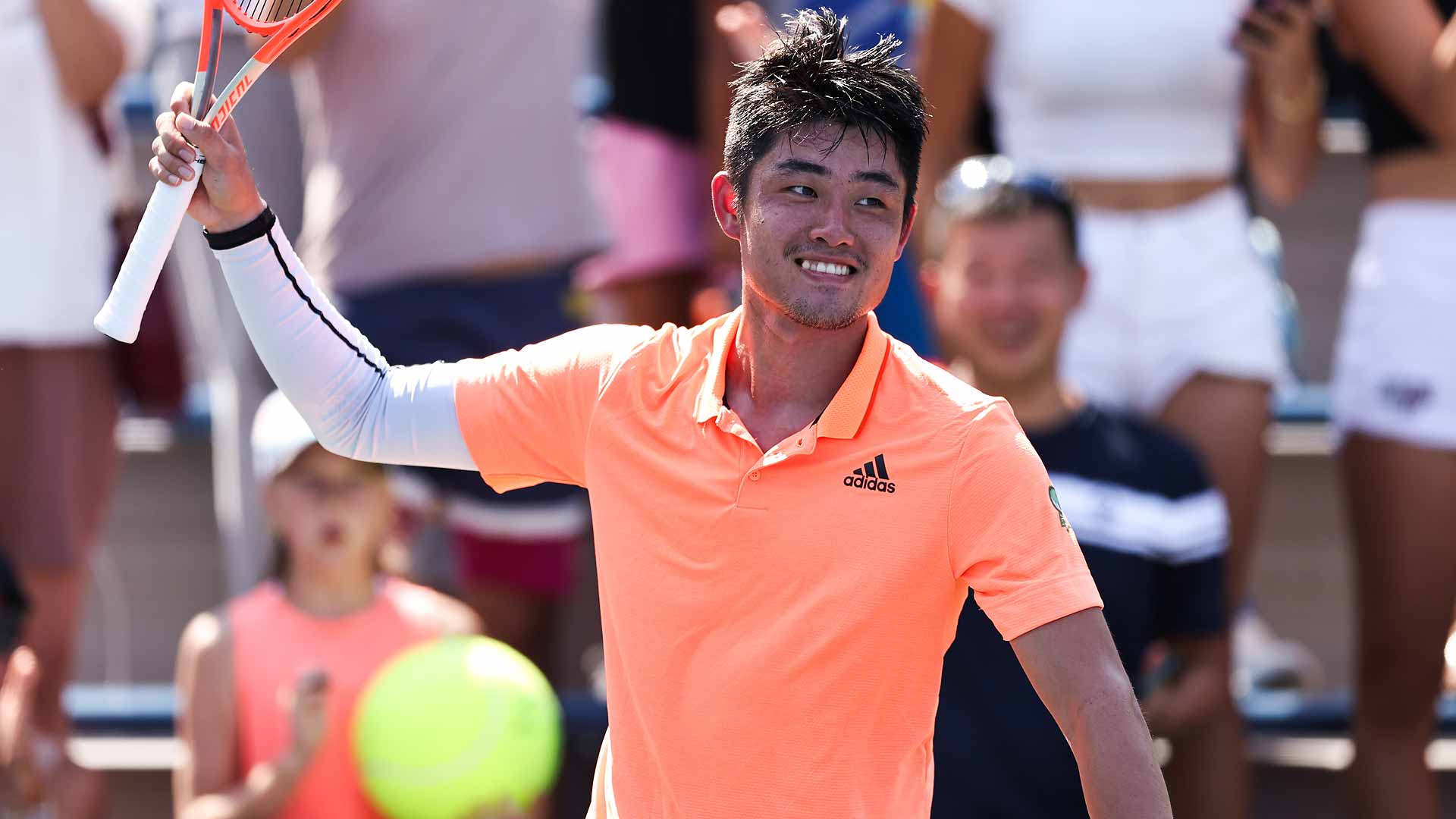 Wu celebrates at the US Open. Photo Credit: Dustin Satloff/USTA.

Dominic Thiem
Returning to competitive action in March after missing nine months due to a wrist injury was always going to be a challenge for Thiem. The former World No. 3 lost his first six tour-level matches upon returning to the ATP Tour in April as he sought to regain confidence in his body and his game.

“The key is just to be patient, continue being patient, work on the stuff which is not working and then it will come back, but it will take time,” said Thiem after the sixth of those losses, a first-round defeat to Hugo Dellien at Roland Garros. At his very next tour-level event, Thiem’s no-panic approach began to pay off. Hard-fought wins against Emil Ruusuvuori and Roberto Bautista Agut in Bastad began a sequence of nine ATP Tour events in which he won at least one match.

After dropping as low as No. 352 in the Pepperstone ATP Rankings in June, Thiem ended 2022 at No. 105, having reached three ATP Tour semi-finals, with the Austrian showing plenty of signs that he is on the way back to finding his best level. Tommy Paul, Grigor Dimitrov and Hubert Hurkacz were among the players beaten by the rejuvenated 17-time tour-level titlist.

“This victory especially is unbelievable because it’s my first victory over an almost-Top 10 guy in my comeback process,” said Thiem after saving three match points to down World No. 11 Hurkacz in Antwerp in October. “The match could easily have been gone, but it’s like that at the highest level and I’m very happy in general to even get to those close situations again.”