Felix Auger-Aliassime is in Green Group along with Rafael Nadal, Casper Ruud and Taylor Fritz.

It is not often the fifth seed at the Nitto ATP Finals enters the season finale with the most momentum of any player in the field. However, that is the case for Felix Auger-Aliassime.

The Canadian arrives in Turin playing the best tennis of his career. Before the ATP 250 in Florence last month, the 22-year-old owned one ATP Tour title. He then rattled off 16 consecutive victories and captured three trophies along the way in Florence, Antwerp and Basel.

“There’s not really a specific moment when it clicked,” Auger-Aliassime told ATPTour.com. “But I can say after the first title, I felt like, ‘If I keep playing this way, I’ll give myself a chance to win more’.”

“Nothing changed. I think I’ve been serving well if you look at other matches, tournaments I’ve played in the past. I feel like I’ve always had the qualities to be one of the good servers on Tour. But it’s been very consistent,” Auger-Aliassime said. “Of course it helps to play indoors, no wind, no different conditions, so if you find your rhythm and you feel like you’re serving well, you’re able to keep that consistent. That’s been a big key.”

Former World No. 4 Brad Gilbert has followed Auger-Aliassime’s hot play closely. The renowned coach has noticed improvement in one particular aspect of the Canadian’s serve.

“The big thing I noticed this year early in the year from Felix is he’s dramatically improved the ball toss from a few years ago when it used to go right a lot and really far forward. But now the ball toss is really improved,” Gilbert told ATPTour.com. “His serving numbers have gone up a lot and I think it’s helped the accuracy on his serve a lot, which has led to his one-two [punches], too. That’s [had] a big effect on his serve, the ball toss.”

Losing serve just eight times in 16 matches speaks for itself. Auger-Aliassime lost in the Rolex Paris Masters semi-finals to eventual champion Holger Rune, but remains full of confidence leading into the year-end championships.

“Three titles in a row is of course amazing. I never expected it to happen like this. I was coming into Florence having played well in Davis Cup and Laver Cup, feeling good about my game. But nothing was granted,” Auger-Aliassime said. “I just went in, won a title. I was just really happy that I got another one this year then went day by day. Then this whole run started.” 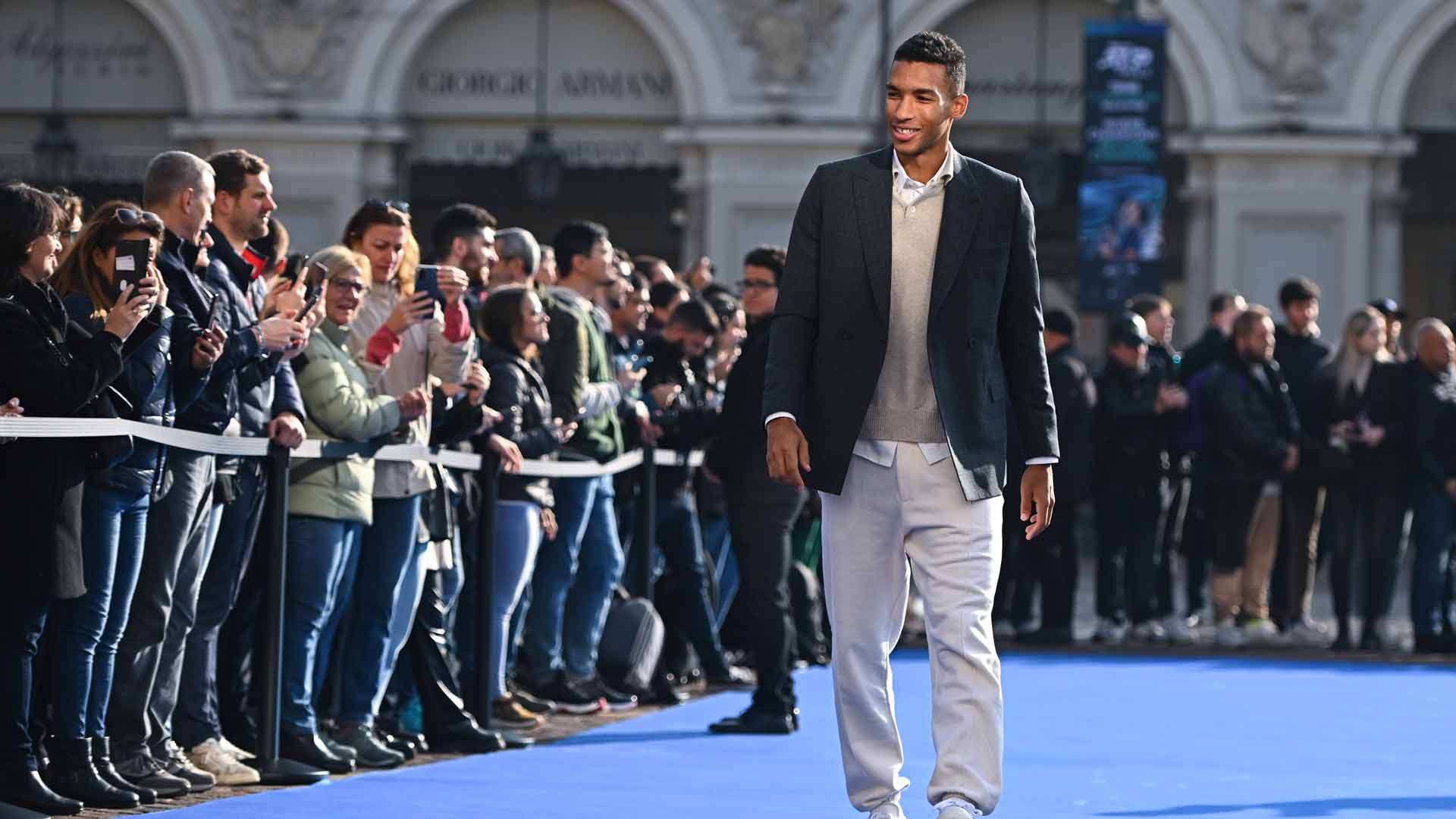 Photo Credit: Corinne Dubreuil/ATP Tour
Before Auger-Aliassime’s run, there was no guarantee he would qualify for the Nitto ATP Finals. Now he will make his debut at the season finale in Turin as the fifth seed.

“It’s really a dream come true, it’s special. It just means that you’ve had a great year and that you are one of the best players in the world. For me, it’s really on the to-do list, your goal list in life, and it’s one that in my career I for sure wanted,” Auger-Aliassime said. “To be able to do that for the first time, it’s an amazing feeling, the accomplishment is great. It would of course be surreal to win it all, it would be fantastic, but just to have qualified already feels great.”

The 22-year-old knows it will not be easy to dominate in the same fashion at the Nitto ATP Finals, where he is in Green Group with Rafael Nadal, Casper Ruud and Taylor Fritz.

“It’s [a sense of] excitement, but it’s motivation as well. We kind of have a good mix of legends, with Rafa and Novak, and then all the others are 26 and under. That’s also different,” Auger-Aliassime. “I just feel like there’s one part where I’m going to play Rafa in a couple of days, but then I’m also going to be competing with guys that I’ve competed with for many years, so it’s a mixed feeling.

“Not only are you playing legends, but you are playing great players of your time as well.”

Auger-Aliassime knows his serve will be key to continuing his high level of play at the Pala Alpitour.

Felix has the honour of playing the first singles match of the tournament on Sunday when he faces Ruud not before 2 p.m. CET. He will look to avenge his loss to the Norwegian on home soil at the ATP Masters 1000 event in Montreal in August.