Baez Makes Top 100 Debut With Campinas Crown: "It Is The Icing On The Cake"

The #NextGenATP Argentine claims his sixth ATP Challenger title of 2021

For Sebastian Baez, this was the cherry on top of a historic 2021 campaign.

One week after showing off his talents on the global stage of the Intesa Sanpaolo Next Gen ATP Finals, the charismatic 20-year-old from Buenos Aires celebrated his biggest milestone yet. On Monday, the pride of Argentina surged into the Top 100 of the FedEx ATP Rankings after clinching his sixth ATP Challenger Tour title of the year.

A semi-finalist at the Allianz Cloud in Milan, Baez showcased his supreme agility and abundance of energy with the world watching. And he would carry the momentum to his final tournament of the year, nearly 6,000 miles away, in Campinas, Brazil. His reward for a breakthrough 2021 season? A shiny new 'No. 97' next to his name.

"It is a very nice feeling to enter the Top 100," said Baez. "I was rising in the rankings during the year and I felt it was getting closer and closer. Ending 2021 like this, it is the icing on the cake." 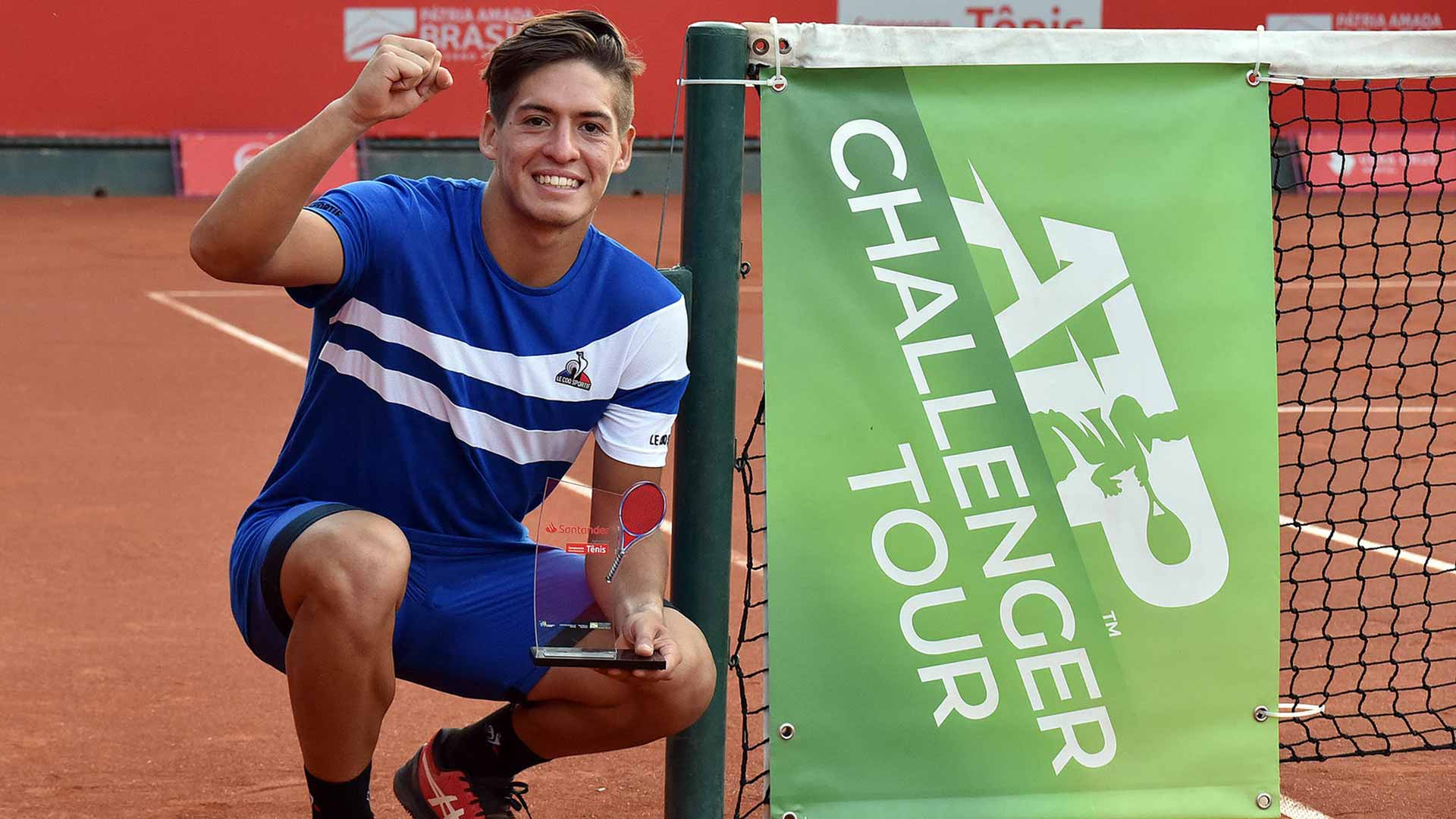 Baez culminated a historic 2021 season with a dominant 6-1, 6-4 victory over World No. 94 Thiago Monteiro in the Campinas final. The Buenos Aires native is the youngest player in Challenger history to win six titles in a season, while also claiming the most match wins in a single campaign among players aged 20 & under. He posted a 44-7 record, which is also good for second place on the 2021 win percentage list (86.2), behind only Jenson Brooksby (88.5).

After opening the season just outside the Top 300 of the FedEx ATP Rankings, he joins countryman Juan Manuel Cerundolo as #NextGenATP Argentines in the Top 100.

"For me, playing on clay is natural, so moving from hard courts in Milan to Campinas was no problem," added Baez. "I arrived in Brazil on Saturday and had the weekend to adapt. I was able to do it and played very well. The confidence of playing good matches at the highest level (in Milan) helped make this week feel more comfortable and easier.

"I think it was not the goal to win so many matches this year, but I started at No. 320 and the fruit of a lot of work over many years and being so attentive to detail helped. Me and my coach can continue to achieve big goals."

Most Challenger Match Wins In A Season (age 20 & under)

Ready to graduate to the ATP Tour in 2022, the Argentine is here for the challenge.

"Now I want to have the greatness that the best players in the world have. I know I can still improve. My ceiling is high and every day I want to be better than the day before."