How Less Counting Is Turning Into More Winning For Bublik

Andrew Eichenholz
This article contains:
Bublik is in his first ATP Tour semi-final

Alexander Bublik advanced to his first ATP Tour semi-final on Friday, recovering from a slow start to defeat home favourite Tennys Sandgren at the Hall of Fame Open 0-6, 6-3, 6-0. But one thing you won’t find him doing in Newport, Rhode Island, is checking out how high he’ll climb in the ATP Rankings because of his efforts, and how high he can soar if he continues his career-best run.

“This was my problem when I was a kid. I was counting the points. Even if I didn’t win the match, before the match I started counting points, how much I’d earn,” Bublik told ATPTour.com. “This was my problem. I deleted all the apps, the live scoring, rankings. Especially when there’s a deadline week and I needed to make something and I’d be like ‘Yes, I need to do it,’ I’d choke 0 and 1.”

In September 2017, the Kazakh broke into the Top 100 for the first time, spending four weeks there. But early in 2018, at the BNP Paribas Open, Bublik broke his ankle during qualifying, halting his momentum and forcing him to miss nearly two months of competition.

Bublik dropped to as low as World No. 253 last November. But ever since, the 22-year-old has been on the ascent. And even though he won’t be looking into it, the six-time ATP Challenger Tour champion is projected to crack the Top 75 for the first time on Monday regardless of what happens the rest of the week.

“I entered two years ago for the first time, then I fell down. I have the level to play the guys here,” Bublik said. “This year I entered in April and I’ve stayed, so I hope to stay here a while. Maybe for all my career, hopefully.”

Bublik’s first big splash came in 2016, when as a 19-year-old he qualified in Moscow and advanced to the quarter-finals. He then accomplished the same feat at the same event the following year.

“When I was a kid I got in mental troubles a lot because I was thinking, ‘I’ve got to win this match. I want to win this tournament’,” Bublik said. “Then last year when I broke my ankle is when I realised it’s fine... I’ve got to work hard to make it here, to make more and more, so that’s why I’m working hard every day trying to succeed.”

You May Also Like: #NextGenATP Humbert Continues Grass-Court Success In Newport

If you haven’t seen Bublik play, his talent is apparent. Just this week, in the second round, he hit a forward-facing tweener lob for a winner against Viktor Troicki, which landed him a spot on ESPN SportsCenter’s Top 10 plays. In Friday’s quarter-final against Tennys Sandgren, Bublik hit four aces in a row at 4-0 in the third set, punctuating the game with an underarm ace.

"I entertain myself first. That’s the most important thing for me,” Bublik said.

The World No. 83 has no problem being himself, on and off the court. In fact, it’s one of several tattoos on his right arm. 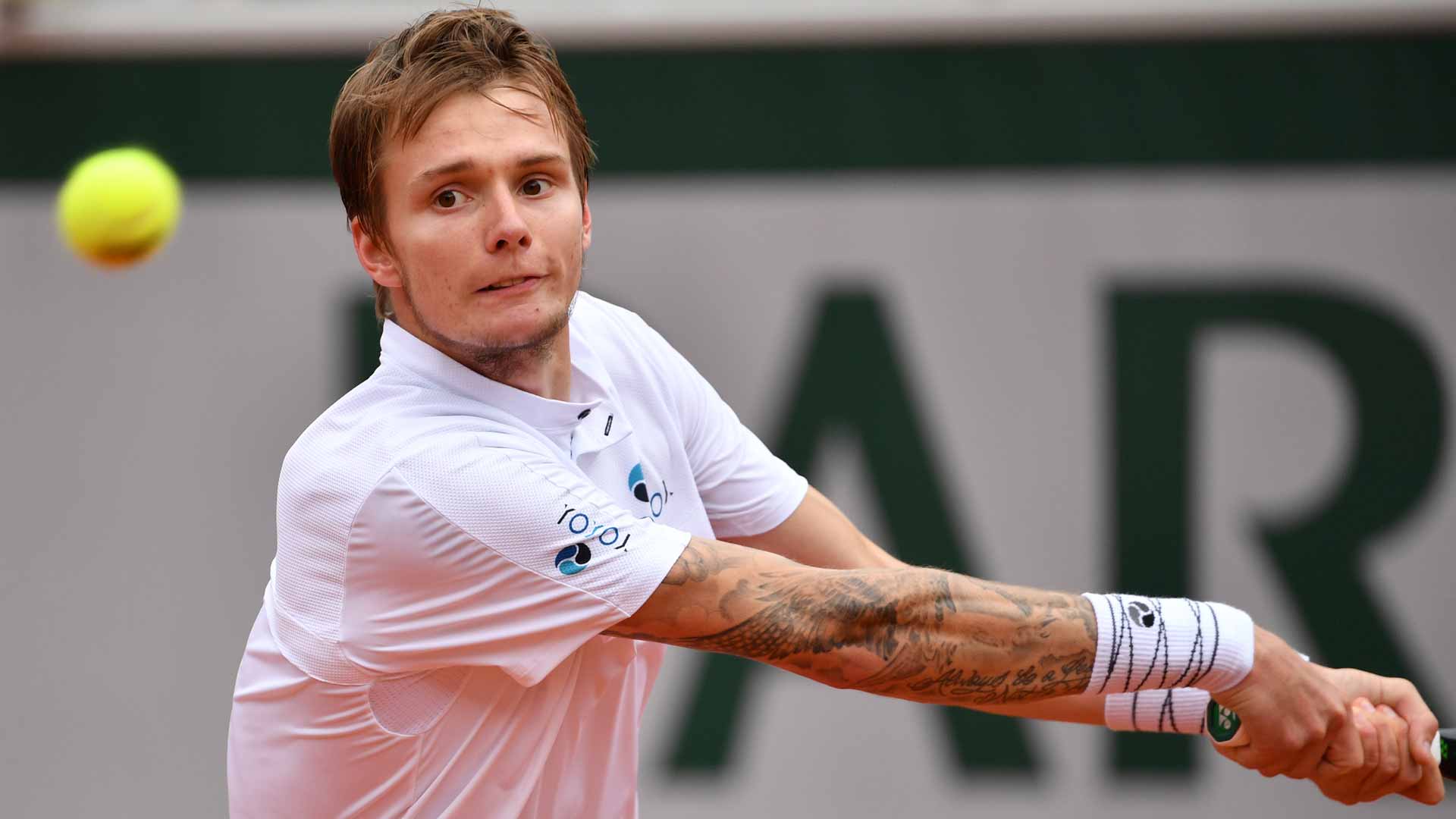 “Always be a leader, not a follower,” one of the tattoos reads. “You just have to be your own leader, make your own decisions,” Bublik said about the quote.

Another one reads, “You won’t break me, you’ll just make me stronger.” That is a song lyric from ‘Stronger Than I Was,’ a song by Eminem.

Bublik also has a bird, a nod to his flying because he travels a lot as a tennis player. He has a map that shows where he is from: Gatchina, Russia. Bublik has a tennis ball in the grip of a skeleton’s hand, his parents’ birthdates and a phrase from a Russian book that he had translated into Italian.

Part of Bublik’s maturation has also included him not putting as much pressure on himself as he once did. The Kazakh knows that he will not always bring his best tennis to the court every day, specifically pointing out that most days will be an average day. He’s just going out there, doing his best, and hoping the results will follow.

“At the end of the day it’s about hitting the yellow ball, making money, making wins,” Bublik said.

“I’m not playing my best tennis now, but I’m winning."

Bublik will hope to emerge victorious again in Newport on Saturday against Spaniard Marcel Granollers with a spot in his first ATP Tour final on the line.