From scrambling to gain entry into tournaments to finishing the season with a record-setting 10 titles, British doubles team Julian Cash and Henry Patten made a stunning impact on the ATP Challenger Tour this year.

“It’s been a bit of a blur but we’ve had a couple days at home and I think it’s set in a little bit,” Patten told ATPTour.com. “A pretty crazy accomplishment, surpassing all of our expectations for sure. It feels like not that long ago we were trying to hustle our way into some Challengers over the summer.”

In May, Cash and Patten were ranked outside the Top 300 in the Pepperstone ATP Doubles Rankings. After receiving a wild card into the Surbiton Challenger, their season started to change course. Despite never teaming at the Challenger level before, Cash and Patten collected their maiden Challenger title on the grass courts of Surbiton. They didn’t stop there.

The duo won titles on all three surfaces this season, including a surge on the North American hard courts, where they collected six titles: Granby, Columbus, Fairfield, Las Vegas, Charlottesville, and Drummondville.

With time running out on the season, Cash and Patten were inching closer to surpassing the Challenger doubles titles record, which was set in 2012 by twin brothers from Thailand, Sanchai and Sonchat Ratiwatana. At the Andria Challenger in November, the Britons claimed their record-breaking crown and then finished the season on a strong note at the Maia Challenger, where they captured their 10th title and extended their match-winning streak to 12.

“I believed that we could go a long way, but maybe not so quickly,” Cash said. “We both had success on the doubles court apart from each other, we were fortunate to pair when we did. I couldn’t have imagined the six months we’ve had. Six months ago, breaking records and playing the Australian Open was definitely not on the table.”

The British duo went from playing mostly ITF Futures events to breaking Challenger Tour-records in the span of six months. A few of their 10 titles hold a special place in their hearts, including their first crown, which came on home soil.

“Our first title in Surbiton sticks out because that was really out of blue,” Patten said. “We accepted a last-minute wild card and it was our first Challenger. To win that one, it kind of started this whole crazy journey. Granby was special too, our first tournament after grass, it gave us a lot of belief for the rest of the trip. And then in Maia, on clay, a surface that neither of us are that familiar or comfortable on. We just worked really hard throughout the week and it was a great way to finish the year. Those three stand out for me.” 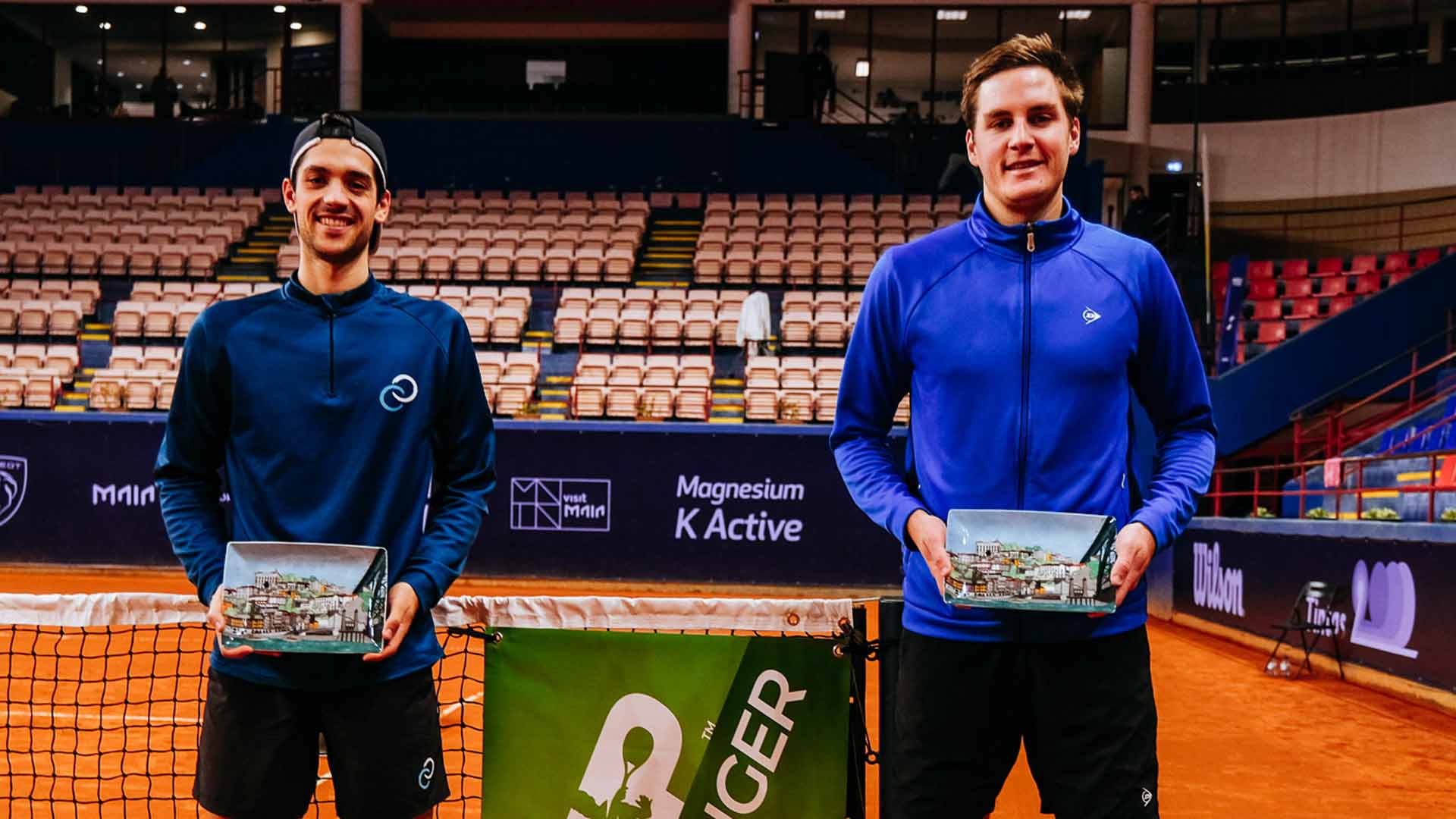 Now inside the Top 70, the Britons cite their college careers as a big part of their development. Cash competed at Mississippi State University his freshman year before transferring to Oklahoma State University, where he earned All-American honours. Patten, who is a Colchester native, had a standout career at the University of North Carolina-Asheville, where he was the Big South Conference player of the year for three consecutive years.

“I can confidently say that I wouldn’t be here without college tennis,” Patten said. “Professional tennis wasn’t really on my radar until my last couple years at college. It’s the ideal training ground as you are competing and training almost every day.”

You May Also Like: Van Assche, 18, Converts Hot Streak To First Challenger Title

Cash, who hails from Brighton, believes their styles of play feed off each other well and attributes their off-court friendship as part of what’s led to their rapid rise.

“We get along well off-court, that helps massively,” Cash said. “It would’ve been tough to do with just anybody. I think our games complement each other well. Our strengths and weaknesses combine to be a well-rounded team. Also, the lefty-righty combo [Patten is left-handed] has a lot of benefit on the doubles court and we’re able to utilise that.”

Cash and Patten hope to have a little downtime this month to unwind from a whirlwind season. Both of them enjoy golf and padel, while Patten enjoys playing chess, Cash claims he would rather stick to his hobby of throwing darts as he ‘doesn’t have the intellect’ for chess, he claimed while cracking a laugh.