Far from the season’s first Slam in Melbourne, Australia, lies the beautiful island Tenerife, where the ATP Challenger Tour makes a visit this week and two more stops within the next month.

Tenerife, which is the largest of Spain’s Canary islands, is a piece of tennis paradise. The Challenger 100 event is staged around towering palm trees at the Abama Tennis Academy, where centre court spectators can enjoy panoramic views of the Atlantic Ocean while soaking in world-class tennis.

Boasting a comfortable climate year-round, Tenerife is home to a thousand experiences that range from relaxing at the beach and whale watching, to visiting the impressive volcanic structure Mount Teide, which stands over 12,000 feet. It’s a stunning destination that tennis fans can add to their bucket list.

The Tenerife Challenger is one of several pro events spearheaded by MEF Tennis Events, which is an Italian-based company that started in 2007 and specialises in the organisation, management, and marketing of sporting events. MEF Tennis Events is managed by Marcello Marchesini, who is also the tournament director in Tenerife. When the opportunity came to expand running tournaments from Italy to the Canary Islands, it was a no brainer.

“We’ve managed 40 Challenger events since the company began, three WTA 250s, and one ATP 250 (Parma) in 2021,” Marchesini said. “After the pandemic we had the opportunity to work not only in Italy, but also in the Canary Islands. They are very interested in sporting events and professional tennis was missing here for about 10 years. We have the support of the local institutions and tourism sector, who are interested in sponsoring this event.”

What makes MEF Tennis Events unique is that it's a family-run business, with Marcello’s daughters Elena and Federica playing key roles. Elena spoke with ATPTour.com to share how her family works together, “Marcello is the manager, Federica is in charge of communication and logistics; she’s always trying to find the best hotels, catering, and all the services for the players. I’m in charge of the marketing aspect, including social media. There’s also always other people that are working for us. All the staff is like a family.”

The Challenger Tour visits all corners of the globe throughout the 11-month season. From big cities such as Buenos Aires and Bangkok to remote locations like the grass courts of Ilkley in the United Kingdom, the Challenger Tour has made stops in six continents within the past two seasons. Following a year off from a Challenger event in Tenerife, the island is set to host three tournaments in the next month. 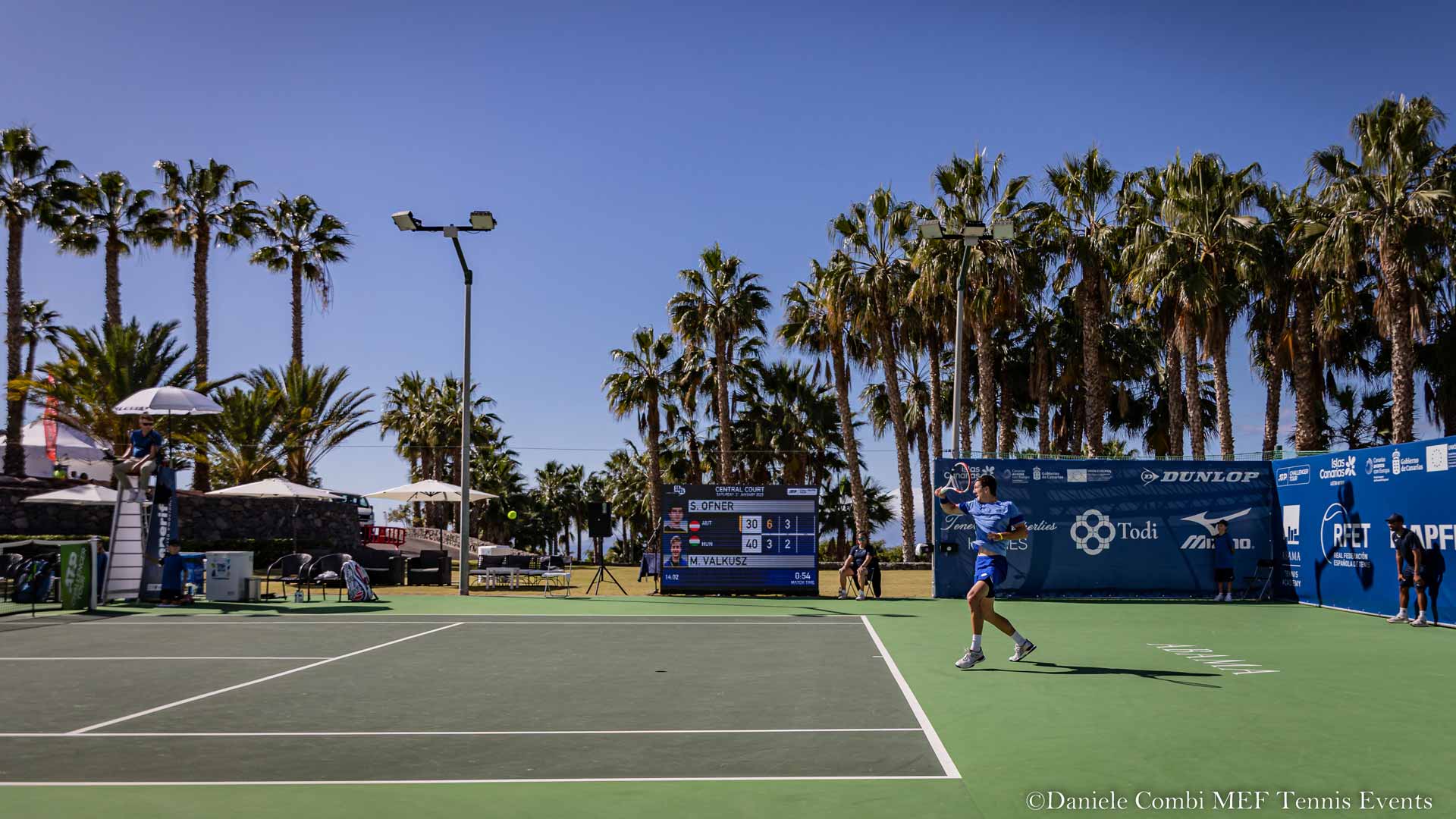 ‘MEF’ has hosted Challengers in Italian cities such as Parma, Francavilla al Mare, Perugia, and Todi, and the addition of the Canary Island tournament provides a distinct experience for players and a dreamy vacation for fans.

“This is a beautiful location. Abama [Tennis Academy] has seven courts, they also have a golf course and many palm trees around the centre court,” said Elena. “The location is one of the best centre courts I’ve seen. It’s a peaceful area. Tenerife is usually fully booked with many people but when you come up here, it’s like a private hill with no traffic and everybody can relax.”

The Tenerife Challenger even earned a visit from former World No. 12 Feliciano Lopez in 2021, when the Spaniard not only played and finished runner-up, but also spoke with the Marchesinis about the organisation of the event. Lopez, who is set to retire from pro tennis this year, serves as the tournament director of the ATP Masters 1000 Mutua Madrid Open.

“The best memory was when we welcomed Feliciano Lopez here, it was the first time we met him and he was very happy to stay here,” tournament director Marchesini said. “He was seeing the organisation, the atmosphere. He was sometimes asking us for suggestions and asking us about our organisation, we were happy to hear that. We thought that meant we are doing well.”