Lorenzo Sonego stunned World No. 1 Novak Djokovic 6-2, 6-1 on Friday for the biggest win of his career, advancing to the Erste Bank Open semi-finals.

"For sure it's the best victory of my life. Novak is the best in the world. Today I played so, so good," Sonego said in his on-court interview. "It's unbelievable. It's amazing."

Five days ago, the Italian lost a three-setter in the final round of Vienna qualifying against Aljaz Bedene. The 25-year-old, who entered the main draw as a lucky loser replacing Diego Schwartzman, has not lost a set since, playing his top level to shock the 81-time tour-level titlist after 68 minutes.

"I played the best match in my life," Sonego said. "I'm so happy for this." 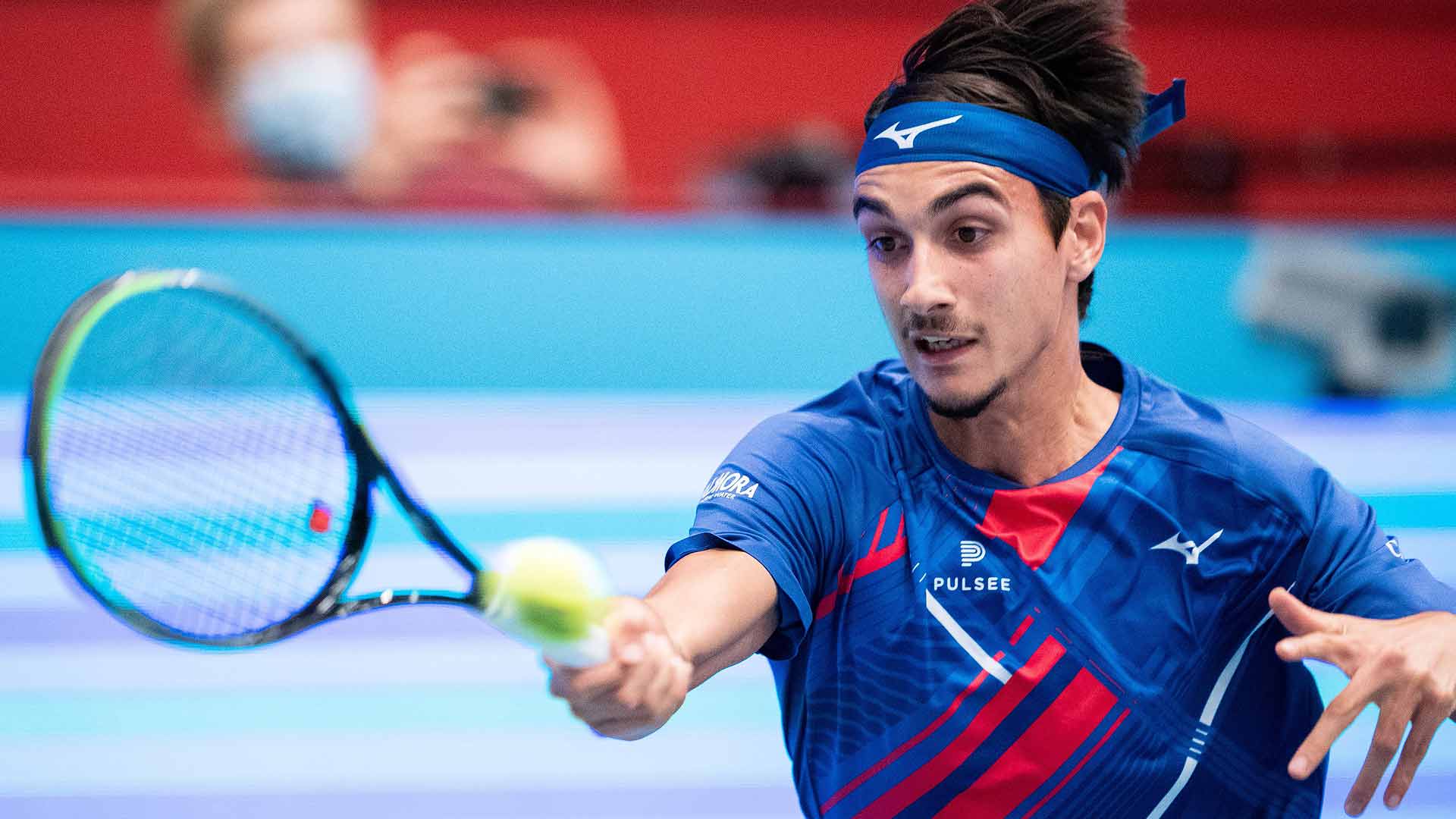 Photo Credit: AFP/Getty Images
Djokovic let slip a chance to guarantee his spot atop the year-end FedEx ATP Rankings this week. Had the Serbian won the Vienna title, he would have tied Pete Sampras’ record with six year-end No. 1 finishes. He falls to 39-3 on the season.

Sonego had not won a set in three previous matches against Top 10 opponents. But the World No. 42 held his nerve to become the first lucky loser to defeat Djokovic (1-12). The Italian didn't earn his first FedEx ATP Ranking point until he was 19 and on Friday, just more than six years later, he had the Vienna crowd on its feet in awe of his performance.

"I was focussed on my tennis. Today I played good. I served so good, I returned good and I played the best tennis and moved so good the ball," Sonego said. "I like it here, I like the conditions. It's so fast for my serve. All good today."

You May Also Like: Five Things To Know About Lorenzo Sonego

The top seed earned six break points in two games in the second set, but Sonego rose to the occasion to maintain his advantage. It seemed Djokovic needed one momentum-shifting point to dig his teeth into the match, but Sonego didn't allow that with his consistently high level.

Djokovic made an unusually high number of unforced errors, which gave Sonego confidence. The Serbian dumped a neutral forehand into the net to relinquish a service break in the first game of the match and that set the tone.

"He just blew me off the court, that's all," Djokovic said. "He was better in every segment of the game... it was a pretty bad match from my side, but amazing from his side. He definitely deserved this result."

Sonego, who won his lone ATP Tour title in Antalya last year, began the week with a 6-16 tour-level record on hard courts. But the unseeded Italian looked comfortable playing aggressive tennis against one of the best defenders in history, showing no fear with his heavy forehand.

Djokovic got off to a slow start in the second set, once again missing a forehand into the net on break point in the first game. With Sonego serving at 2-1, the World No. 1 earned three break points to get back on serve and put pressure on the Turin-native. But after Djokovic let slip that opportunity, Sonego put his foot on the gas in the next game to take a double-break advantage with a curling forehand passing shot down the line on the dead run.

Sonego won 80 per cent of his first-serve points against one of the world's best returners and he earned 53 per cent of his return points to set a semi-final clash against Daniel Evans. The British No. 1 battled past 2017 Nitto ATP Finals champion Grigor Dimitrov 7-6(3), 4-6, 6-3 after two hours and 43 minutes.

"It feels great. Really happy to come through the match, it was a difficult match," Evans said in his on-court interview. "I played very well and just happy to serve it out under quite a bit of pressure, so I'm really happy."

Evans, who made the Antwerp semi-finals last week, will try to reach his third ATP Tour final (2017 Sydney, 2019 Delray Beach). The 30-year-old has never played Sonego.

"I saw his match tonight. All the matches in this tournament are very difficult," Evans said. "There are some great players here and I'm just very happy to have won and rest tonight, have a good sleep."

Did You Know?
Sonego is the first Italian to beat a World No. 1 since Fabio Fognini beat Andy Murray at the 2017 Internazionali BNL d'Italia.