Alexandr Dolgopolov, who won the biggest title of his career at the 2012 Citi Open, has retired from professional tennis.

In the sand, rocks and surf, Alexandr Dolgopolov put in the pre-season hard yards, developing his core strength at the peak of his powers. There was not a dumbbell or gymnasium in sight, just sand dunes and sea for fitness, rocks for strength work and a rented house to retreat to in Horseshoe Bay.

Nine years ago, southern Australia’s media all came to Port Elliot, south of Adelaide, to witness Jack Reader’s charge, who’d risen from outside of the Top 300 and into the Top 20 within the space of three years. A Fox Sports television crew filmed his every move one December afternoon, but when the director said cut, Reader mischievously shouted out, “‘Sascha, we want you to run along the rocks again’ … ‘Hey Sascha, we want you to run up the stairs again…’”

It was a ruse, and the crew pretended to film Dolgopolov’s every move. “I got an extra 30 minutes out of him,” Reader told ATPTour.com last week. “If they had stopped, he wouldn’t have done it. I conned him. I only told him the truth yesterday. He thought they had filmed the whole time… I said, ‘They didn’t, but I didn’t want to tell you.’”

It was an episode that the 32-year-old, who today retires from the sport after failing to overcome a right wrist injury sustained in May 2018, would have fumed at — yet secretly enjoyed — had he known at the time. For Dolgopolov always competed with a sense of fun, to entertain fans and, together with Reader, a full-time father and travelling companion from 2008 to 2012, the pair enjoyed some of their greatest moments: a run to the 2011 Australian Open quarter-finals, a career-high of No. 13 in the FedEx ATP Rankings one year later, and plenty of off-court high-jinx.

“I hope I was fun to watch,” Dolgopolov told ATPTour.com. “I never broke any tennis records, but I hope I played entertaining tennis for fans. My wrist injury happened in Australia [three years ago] after mis-hitting a return in practice. I felt pain, but nothing serious. I reached the Australian Open third round and returned to Europe, but I never realised that it would be career ending. I’ve tried for a couple of years, had two surgeries and I still have pain.” 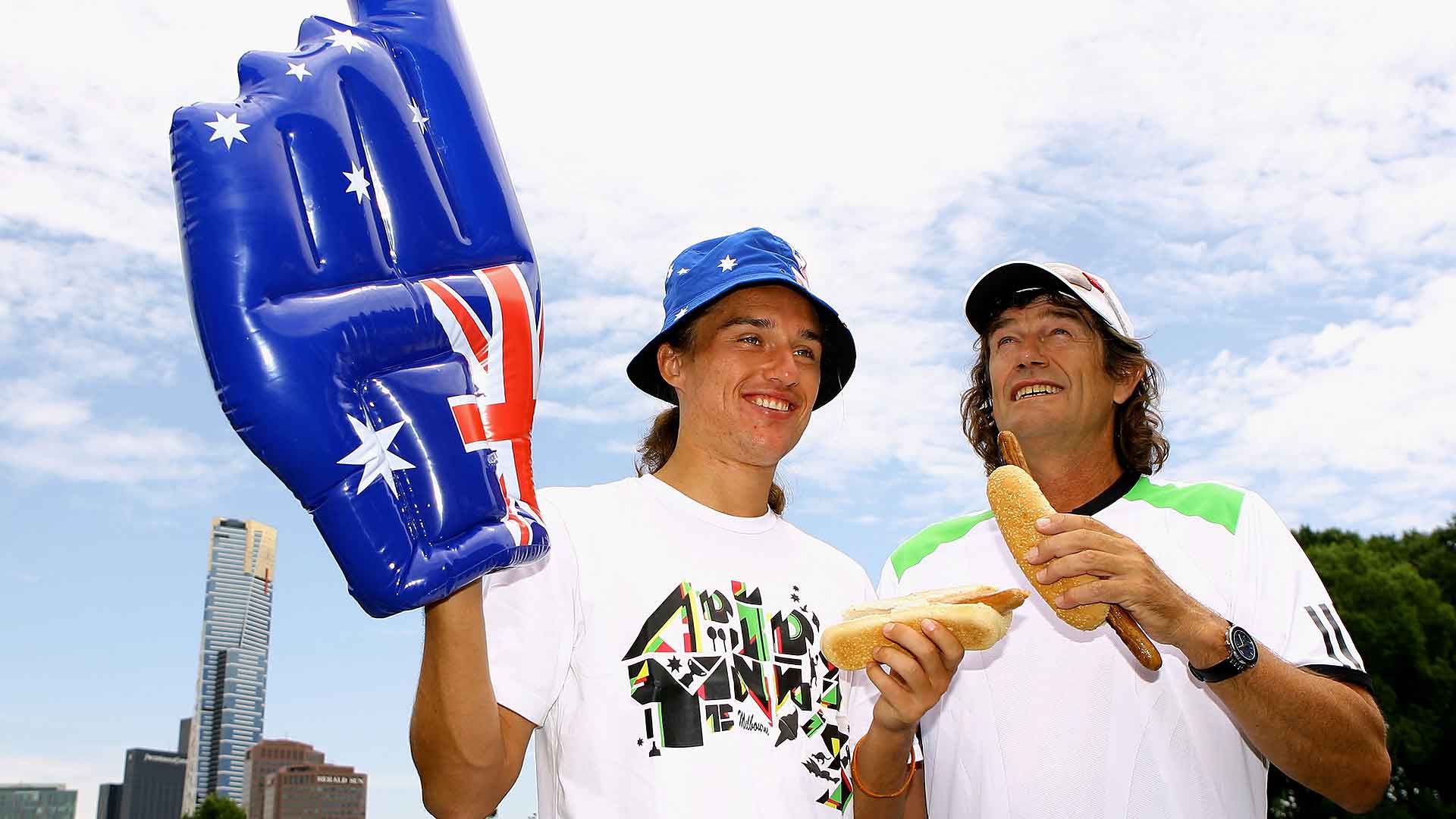 Having always believed that he’d first picked up a racquet at the age of three, Dolgopolov recently found out, by virtue of his mother, Elena, digitalising old video footage, that he’d in fact done so one day after his first birthday, when his father, Oleksandr Dolgopolov Sr., was coaching former World No. 4 Andrei Medvedev. So by the time the pony-tailed Ukrainian took his first steps as a touring player, he was already a seasoned traveller. Reader, who first watched a 16-year-old Dolgopolov beat his Australian charge at an ITF Futures event in Cremona, Italy, remembers, “He was second to none, what he did with the ball and his racquet head was unbelievable. I didn’t know about his head if he got into difficulties, but his athletic ability and game was second to none.”

A truly unique tennis talent ✨@TheDolgo has called time on his tennis career 🙏 Thanks for the memories, Alex! pic.twitter.com/6XBSdnvjxK

Little fazed the 5’11” right-hander, when his mind was settled. Dolgopolov first made a significant breakthrough at Melbourne Park in 2011, with five-set comeback wins over Jo-Wilfried Tsonga and World No. 4 Robin Soderling en route to his maiden Grand Slam quarter-final, which ended at the hands of Andy Murray. “I needed to be in a good mood to play my best tennis,” admitted Dolgopolov, who finished in the Top 70 for eight straight seasons (2010-2017). “It was as simple as that. Sometimes I was tired or in a bad mood and I really needed to want to compete. I needed to be healthy. If I wanted to compete, I always had good results at the start of the year. It was the will to fight and compete, and sometimes that didn’t happen. It was a feeling.”

Dolgopolov enjoyed problem-solving and captured three ATP Tour singles titles from nine finals, including at the 2011 Plava Laguna Croatia Open Umag (d. Cilic), when his rapping skills entertained fans off the court. There were further trophies at the 2012 Citi Open in Washington, D.C. (d. Haas), when he “found it initially impossible to control the tennis balls in practice”; and later, when he “played great tennis” two-and-a-half years after right knee surgery on a ruptured meniscus, at the 2017 Argentina Open in Buenos Aires (d. Nishikori). 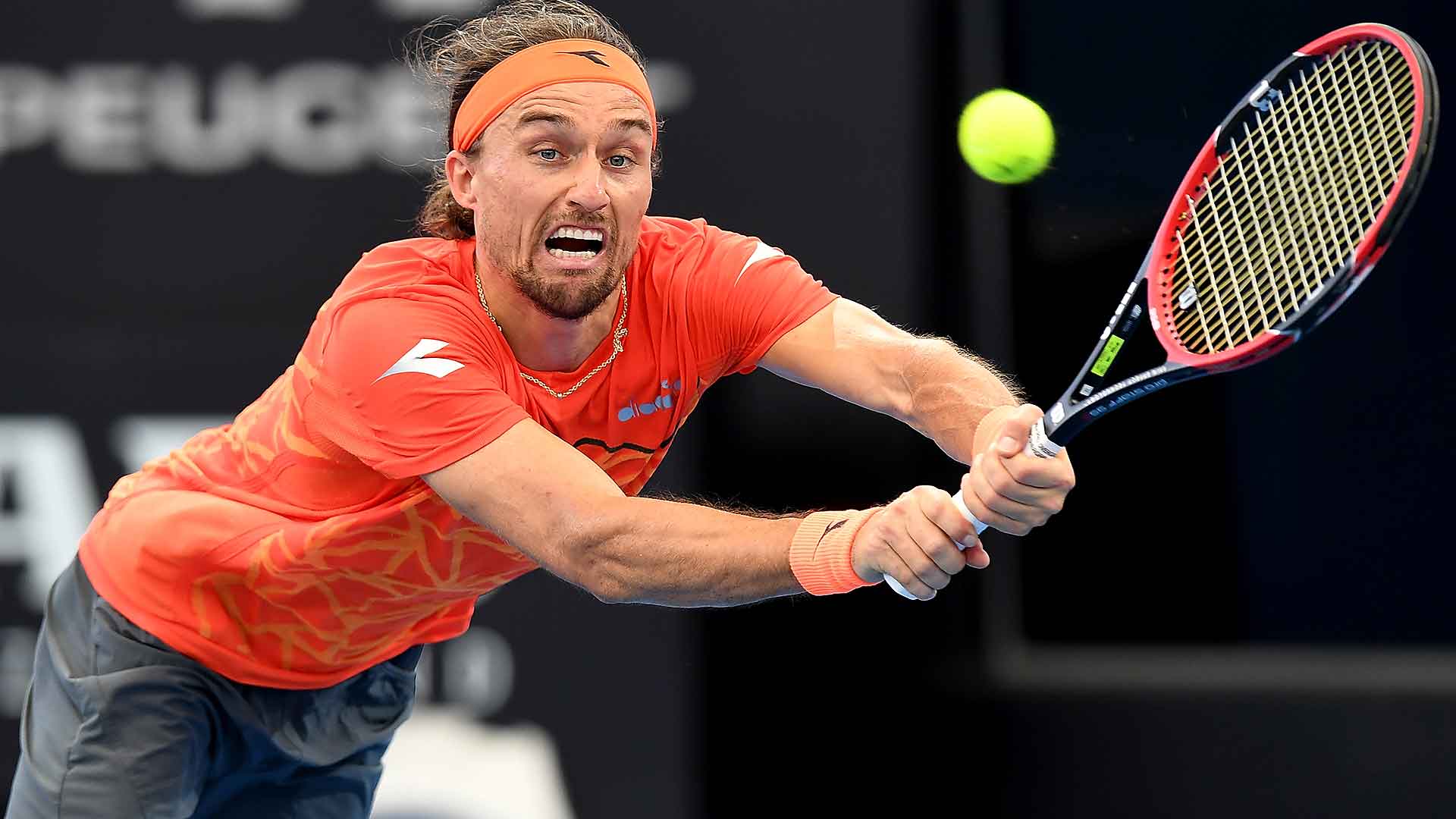 Reader believes that Dolgopolov could have risen higher than his career-high of No. 13 on 16 January 2012, but it wasn’t to be. “We once had a conversation that killed me,” said Reader. “‘You’ve got to No. 13 with raw talent and guidance, but if you treat your body and diet better we can go further." Sascha responded, “So do I need to work harder Jack?” And that was a kick in the n***. If he’d started to do things like the big boys do, he could have gotten higher.

“We had a lot of fun together, including a memorable road trip from Kiev to Moscow and St. Petersburg in his Subaru, which picked up problems. If he was having a good time and enjoying himself, then he’d play well. If he went onto court with problems, he couldn’t play. With Sascha and I, I think I kept him smiling. I gave him a long leash and he started to chill. He’d sometimes look up at me with a smile in matches. His hand-eye coordination was ridiculous.”

Reader continues to remain in regular contact with Dolgopolov, long after their five-season partnership came to an end in October 2012. There were later two ATP Masters 1000 semi-final runs — at the 2014 BNP Paribas Open in Indian Wells, when Dolgopolov beat then World No. 1 Rafael Nadal 6-3, 3-6, 7-6(5) in the third round, and, as a qualifier, at the 2015 Western & Southern Open in Cincinnati, where the Ukrainian experienced perhaps his toughest defeat. “I had a really good chance against Novak as I led by a set and I was up 3/0 in the second set tie-break and at 5/4, serving,” said Dolgopolov, who recorded 10 Top 10 victories in his career. “I had all the chances that day, but I didn’t win the match.” 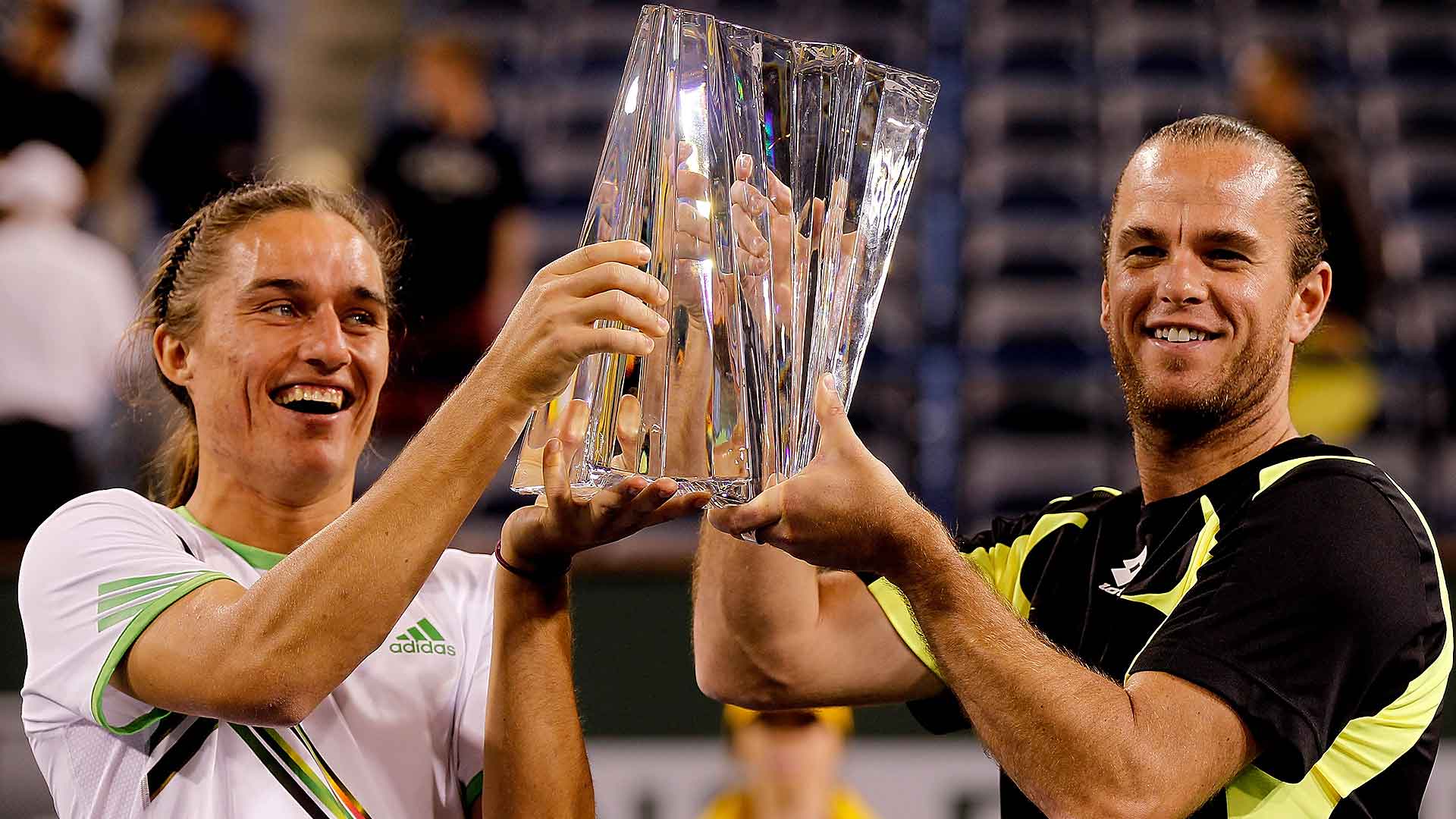 Dolgopolov also captured his only doubles title at 2011 Indian Wells with Xavier Malisse, when they won all five matches in Match Tie-breaks against a who’s who of Top 10 talent and exceptional doubles teams. “That was super funny as we entered 10 minutes before the on-site sign-in closed,” said Dolgopolov. “We won five matches that were completely unbelievable. The draw was tough and we beat Roger [Federer] and Stan [Wawrinka] in the final.”

When he played Djokovic on 14 May 2018 at the Internazionali BNL d'Italia in Rome, Dolgopolov had no idea that it would be his final professional match. He underwent right wrist surgery three months later and began his recovery. Another surgery followed...

Today, having spent all his life in tennis, don’t expect Dolgopolov to return to the sport anytime soon. The Ukrainian will continue to indulge his love for cars — he currently has a Nissan GT-R for racing and a Porsche Cayenne for every-day driving — but he expects to return soon to Kiev, to be closer to his family. “I am not going to return to the sport over the next five or 10 years” said Dolgopolov. “I need to get away from tennis balls. I first picked up a racquet when I was barely walking. I now need some time off from the sport. At the moment, I think I will pursue a business career.”