Rogerio Dutra Silva played his final match on Wednesday at the Rio Open presented by Claro.

Dutra Silva On Rio Finale: 'It Was A Perfect Way To End My ATP Career'

Brazilian Rogerio Dutra Silva played the final match of his 19-year career on Wednesday, when the 38-year-old and countryman Orlando Luz lost against doubles stars Jamie Murray and Bruno Soares in the first round of the Rio Open presented by Claro.

“I feel great. It was a perfect way to end my ATP career, with the crowd full,” Dutra Silva said. “Everybody is here, family, friends and [I was able] to play against one of my best friends on Tour, so it was the best scenario to end my career.” 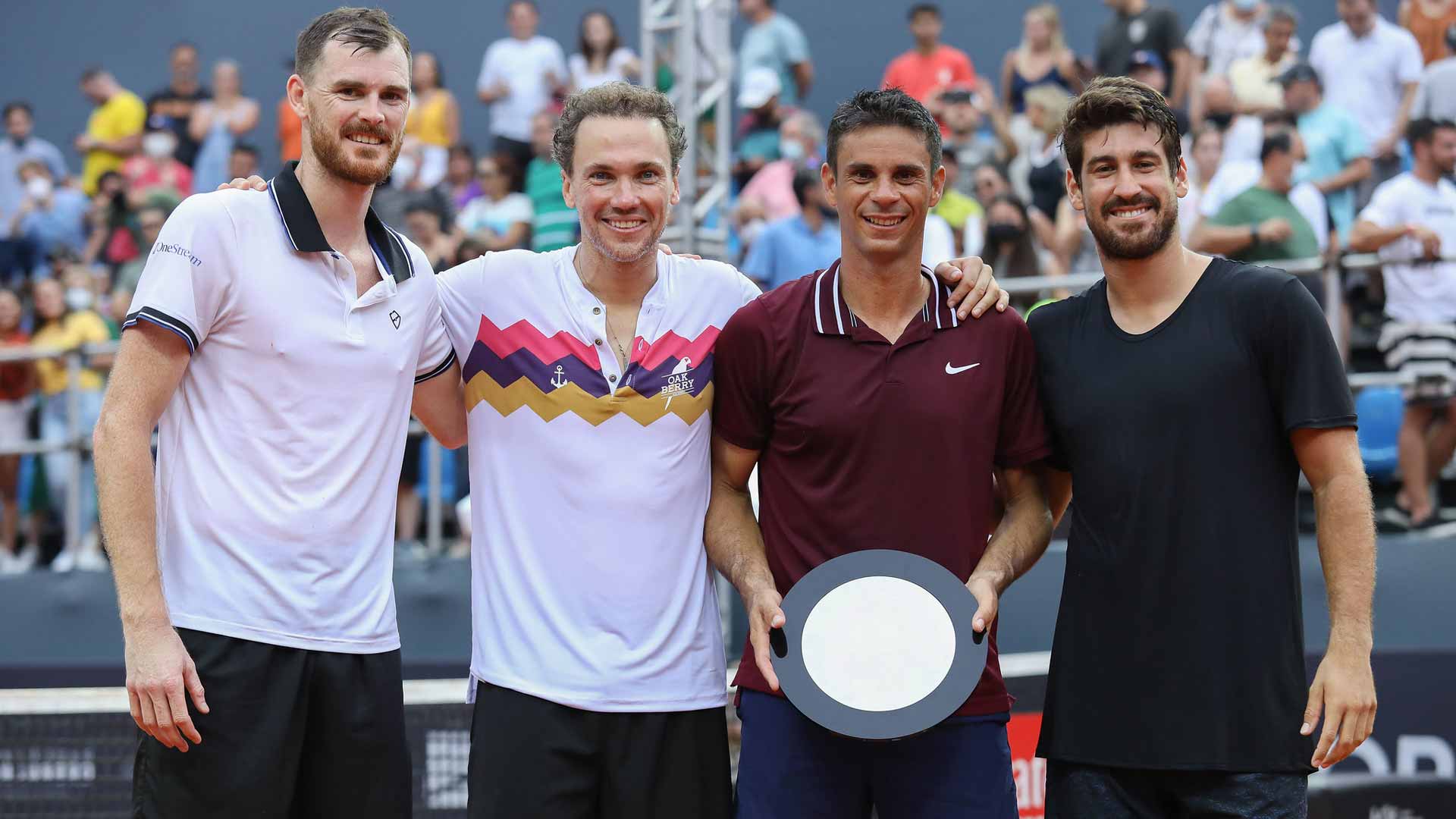 The Brazilian found some of his best tennis later in his career, winning his only tour-level title in doubles in 2017, when he lifted the Sao Paulo trophy alongside Andre Sa. Dutra Silva also made the 2012 Hamburg championship match with Daniel Munoz de la Nava and the 2019 Rio de Janeiro final with Thomaz Bellucci.

“I’m such a lucky guy to have a lot of really good moments,” Dutra Silva said. “I think the Olympic games here in Rio were really awesome. When I made the final here as well a few years ago was very good.”

The 38-year-old was always a fighter on court, earning two of his five major main draw singles wins from two sets down. The Brazilian said this might not be the last he sees of the ATP Tour.

“Now it’s some time off, but I want to be a coach on the ATP Tour,” Dutra Silva said. “Let’s see in a few years if I can come back and still work at ATP tournaments.”