Lugones Earns 2021 Coach Of The Year: 'I Never Thought I Could Win This'

ATP Staff
This article contains:
Lugones is the coach of breakthrough Briton Norrie

Argentine Facundo Lugones has been voted Coach of the Year in the 2021 ATP Awards for his efforts in helping Briton Cameron Norrie to the best season of his career.

Norrie won his first two ATP Tour titles, including an ATP Masters 1000 crown at the BNP Paribas Open in Indian Wells. The gritty lefty was an alternate at the Nitto ATP Finals, where he played two matches following Stefanos Tsitsipas’ withdrawal. Norrie finished 2021 with a 52-25 record.

“I’m incredibly happy. I never thought I could win this award, it’s surreal. But that’s the beauty of the sport, that anything could happen. I just want to also thank my team, Julian [Romero] and Vasek [Jursik], they work incredibly hard throughout the year to get Cam ready, and also Devin Bowen and James Trotman since day one, helping the whole team,” Lugones said. “Most importantly I want to thank Cam for being an animal and getting through all those tough matches that ended up getting me the award.”

And the winner for Coach of the Year in the #ATPAwards is... 🥁 pic.twitter.com/mCQAX06xWd

Lugones’ journey with Norrie began at Texas Christian University, where they were teammates. Lugones was a senior when Norrie was a freshman.

“I got an Economics degree and I was looking to work in finance, in a bank or something like that. Since I had another year of school without playing, I started helping the team as a volunteer coach and I really enjoyed that and started working in a tennis club and still helped the team,” Lugones said. “The coaches there were really encouraging me to give it a shot and I started to really enjoy it and get better at it.

“I thought maybe I could have a career in it and then Cam offered me to start traveling with him, so him and the coaches there saw something in me and thought I could do well, and then I went with it.” 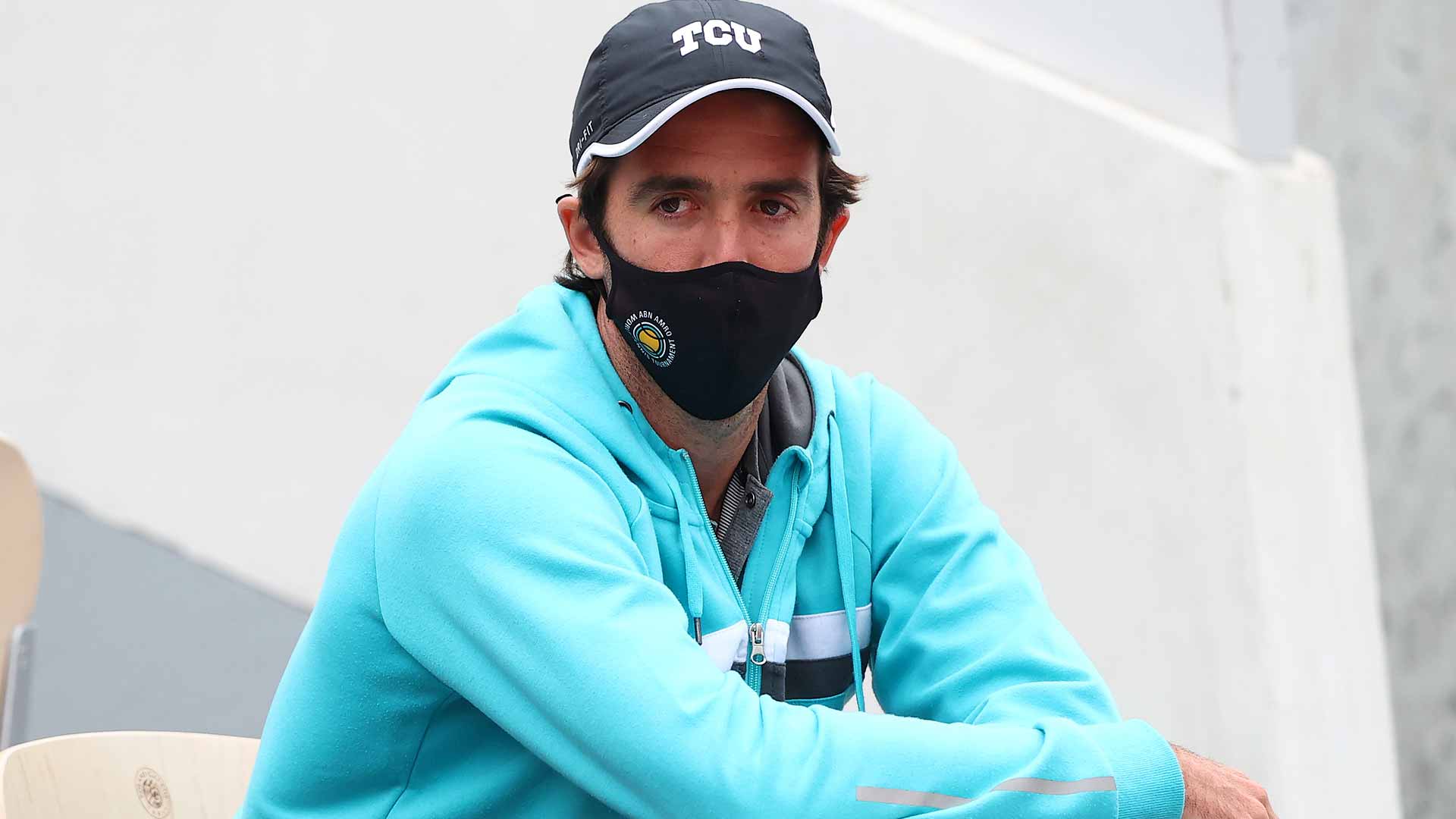 Photo Credit: Julian Finney/Getty Images
When Lugones took the opportunity with Norrie in 2017, he did not imagine he would be a coach at the top level of the ATP Tour so quickly. But the Argentine has followed his passion, and that has paid dividends.

“I enjoyed my degree in Economics and all that, but I didn’t feel a passion. I thought if I could get really good at this, I could have a job that I really, really love,” Lugones said. “It came down to what I like most: tennis or finance? The rest you will have to find a way to get paid well, do the things you like. But at the end of the day it came down to what I like most and it was a no-brainer.”

Lugones has watched his charge rise from the very beginning of his professional career to the biggest stages in the sport. He is thankful for everyone who has supported them along the way.

“I just want to thank everyone who voted for me and all the coaches who always had advice for me or were willing to teach me something,” Lugones said. “I can’t thank you enough and I’m excited for next year.”

Winners in the 2021 ATP Awards will be announced throughout this coming week.