Francesco Passaro is at a career-high No. 122 in the Pepperstone ATP Rankings.

#NextGenATP Italian Jannik Sinner broke new ground in 2019 when he triumphed on home soil at the Intesa Sanpaolo Next Gen ATP Finals in Milan.

The then-18-year-old, who sat No. 95 in the Pepperstone ATP Rankings, defeated Alex de Minaur in the championship match to give Italy its first home champion at the 21-and-under event.

Next week, Francesco Passaro will aim to replicate his countryman and soar to success on debut at the Allianz Cloud, with Sinner’s victory providing him with belief and motivation.

“I watched on TV last year and three years ago when Jannik won,” Passaro told ATPTour.com. “I think for me the event is a big opportunity because it is in Italy and it is going be of the best under-21 players in the world. It is a very big goal. This year I have grown up a lot. I am now more about myself. The Italian crowd. The energy of the stadium and the atmosphere is [going to be] very, very nice.”

In 2019, Passaro was ranked outside the Top 1000 and was aiming to make his first moves in the sport. The 21-year-old, who describes himself as mentally strong on court with a powerful serve and forehand, has climbed quickly since and as of today is one of 10 Italians inside the Top 200 aged 21 or under.

Passaro will be joined in Milan by Lorenzo Musetti, who has captured two tour-level titles in a standout season. With countrymen Matteo Arnaldi and Luca Nardi only narrowly missing out on qualification, the depth of the men’s game in Italy has never been stronger.

Passaro feels that the relationships he has forged with his fellow Italians and the competitive edge they bring is serving him well.

“It is great,” Passaro said when analysing Italian tennis. “I am close [with] Matteo Arnaldi. We have played a lot of tournaments together and in doubles, so we are very close friends. Also with Lorenzo [Musetti], with Giulio [Zeppieri], Luca [Nardi] with Francesco [Maestrelli]. With these guys we have played a lot of Challengers together this year, it is something special to play all these tournaments together.

“When one starts to win, I think ‘I can also win a tournament’. So we improve our results every week and with the rankings we want to join each other. A very big help for us is the tournaments [in Italy]. We have the opportunity to play every week in Italy at a big level.”

Passaro has enjoyed a standout year, rising from No. 605 in the Pepperstone ATP Rankings to his current career-high No. 122. He captured his first ATP Challenger Tour title in Trieste in July and earned a tour-level main draw win in Florence last month.

The 21-year-old also faced #NextGenATP Dane Holger Rune in the final in San Remo, while he played Musetti in Forli. Passaro feels he gained valuable experience from the matches despite defeat in both as he aims to gain revenge in Milan.

“Both [finals] I lost in the third set,” Passaro said. “Against Holger, I was 4-2 and break point to go 5-2 up in the third set. So it was not easy after the match but I know I have played well against a big player. I understand my capacity and what I can do. Against Lorenzo, he is a big player, so I just have to stay positive after this loss. In the last final I was very focused, I was determined [to win]. There was a little bit of pressure, I lost the first set and was nervous, but in the end, I just tried to play my best tennis.” 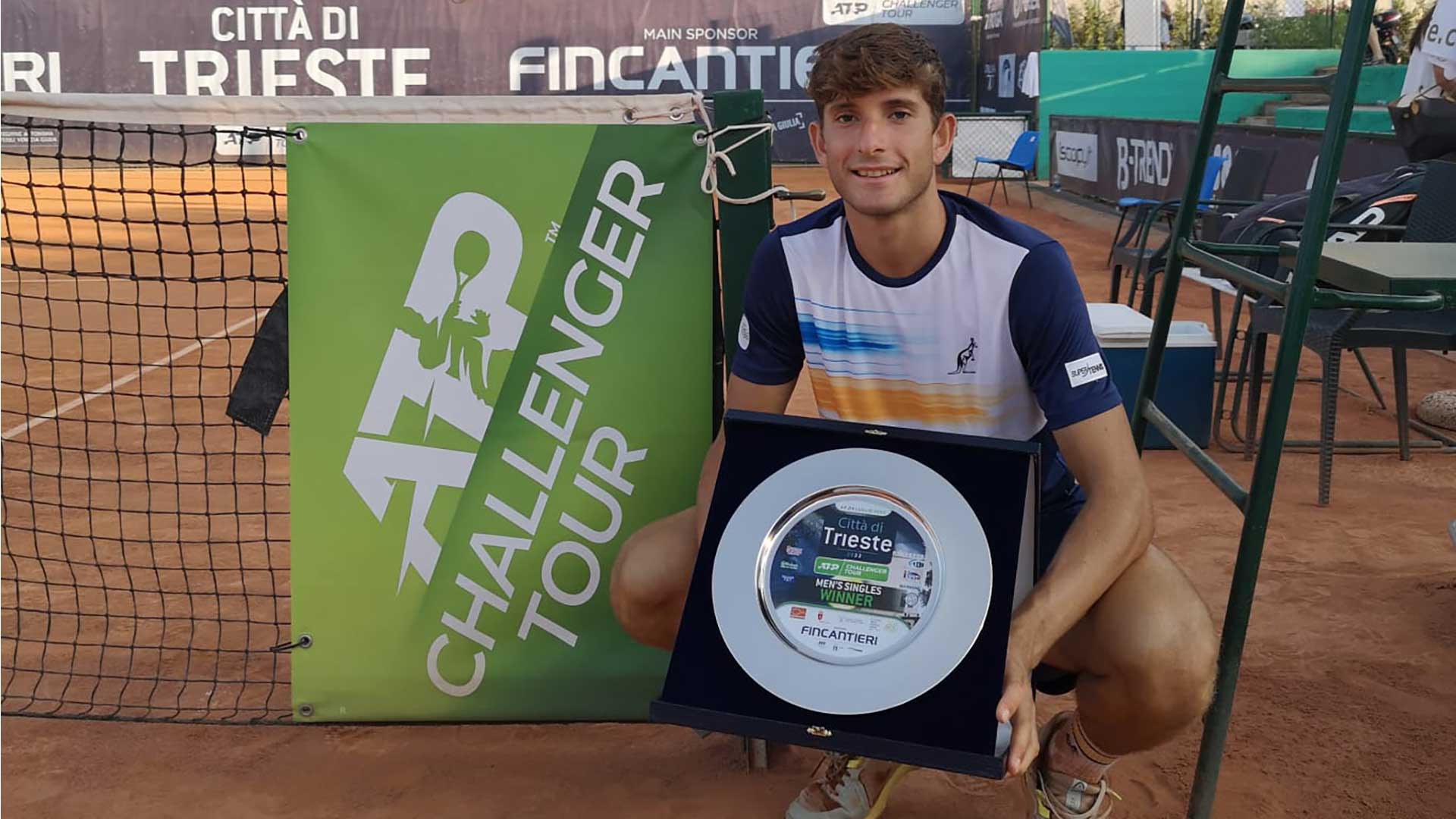 Victory in Milan would put the icing on the 2022 cake for Passaro, who first picked up a racquet aged six. However, life could have been very different for the talented righty had he decided to pursue football over tennis when he was a teenager.

“When I was young I also played football. Then when I was 12 years old, I started to only play football, for one year. I stopped practising tennis and was just playing a few tournaments because it was too much. I was a goalkeeper in football and it was very nice. However, [it made me realise] I just wanted to play tennis.”

Passaro will look to become the fifth champion in Milan, after Hyeon Chung, Stefanos Tsitsipas, Sinner and Carlos Alcaraz.