Andrew Eichenholz
This article contains:
Frenchman, who climbed as high as World No. 6, retires after 20-year career

Before walking on Court Central Monday evening to play Andy Murray at the Rolex Paris Masters, Gilles Simon felt the same pressure he had before each of his 895 previous tour-level matches.

“I feel the exact same stress that I had on every match, because it is the same logic, the same routine. You have a match to play, you have a tournament and you need to prepare, and this is the only thing I know in the end,” Simon told ATPTour.com. “That’s why it is easier for me to focus on this, because trying to be ready for a match is what I’ve done for 20 years.”

However similar the process was, Simon knew in the bigger picture, it was different. His retirement tournament this week at Bercy turned out to be a memorable farewell as he showed the world why he was one of the trickiest opponents of his generation.

The 14-time ATP Tour titlist put forth a courageous effort in Paris, rallying with the crowd’s support to oust the former World No. 1 Murray, whom he had only defeated twice from 18 previous attempts. His run did not stop there, as Simon upset BNP Paribas Open champion Taylor Fritz in the second round, ending the American’s hopes of qualifying for the Nitto ATP Finals.

The Frenchman fell short Thursday against red-hot Canadian Felix Auger-Aliassime, but Simon had produced his final moment of magic.

"I just feel so lucky to have been a tennis player. It's what I have always wanted to be," Simon said after the match. "I was a professional tennis player for a long time, and that's why I was lucky twice and I could stop when I wanted, and so I have been lucky three times." 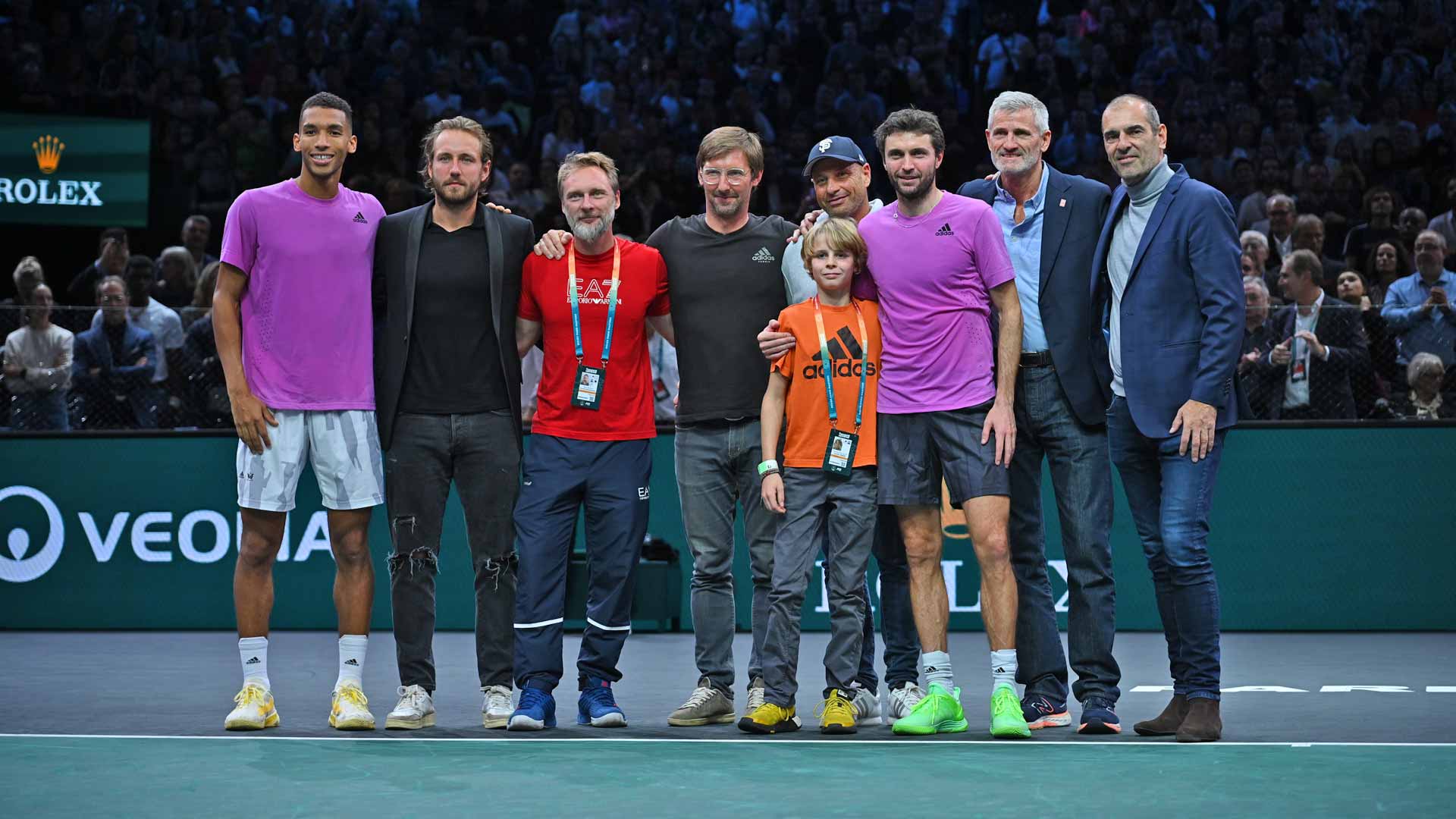 Photo Credit: Corinne Dubreuil/ATP Tour
Simon, who finished his career with a 504-394 tour-level record, has long enjoyed a love affair with the sport. Ask any player who has spent time with the Frenchman, and they will tell stories of Simon’s memorable tennis talks. His passion for the sport is unmistakable.

“I just always loved tennis and it’s very interesting for me. It’s a very interesting game. So many things on so many levels. Physically, technically, mentally, everything. It’s a very nice sport, it’s the best sport obviously!” Simon said. “Some tennis players would tell you that they play tennis, but they would have been happy to play something else, but this is not my case.

“I really enjoy the sport so much and I think this is why I am so passionate about it, and this is why I try to know it as good as I can, and it’s also why I was playing it that long. I think all the players who are playing at 35, 36, 37 or 40 years old, for sure they love the sport.”

The Frenchman harnessed his passion into an unparalleled understanding of the sport. Simon was never the strongest or quickest player on the circuit, but he used his mind to outsmart opponents for two decades.

Another Frenchman, Benjamin Bonzi, said Simon is “like a professor on the tennis court. Everything about his strategy, his physical movement and everything. He put something different into tennis. He was not very powerful, he didn’t have a big serve. When he was at his best, his movement was so good and he put the ball in difficult positions.”

Simon admitted he was not sure why his colleagues feel so strongly about his tennis acumen.

“I think it’s because I think a lot about tennis and I try to explain it also with words, when most other players are more maybe sometimes feeling something and working on some of the emotions. I’m not really good with the emotions,” Simon said. “[I rely] more [on] logic, that’s how I am, so maybe because the way I talk about it and try to be precise on everything gives this feeling.

“But when I see other players, I feel there are many more geniuses than myself on the Tour.”

Simon likes that tennis is a “very complete sport” with many components to balance in order to earn success. There is a physical side to the sport, with a wide range of skills required, but there is also a mental side that often proves key to performing on the world’s biggest stages.

“Mentally you have a huge amount of pressure because you are alone. It is not a team sport,” Simon said. “Some days you feel good, and you feel invincible. And some days you are the worst athlete on Earth, and you cannot perform anything.”

The Frenchman added that no matter how a player feels, they must step on court and give it their all. It is them against an opponent, with nobody who can physically help them. For two decades, the Frenchman has thrived under that spotlight.