Stefanos Tsitsipas averages a shot quality of 8.0 on his forehand.

ATP Staff
This article contains:
Shot Quality measures the quality of the player’s shot on a 0-10 scale

Shot Quality measures the quality of the player’s serve, return, forehand and backhand on a 0-10 scale. They are calculated in real-time by analysing each shot's speed, spin, depth, width, and the impact it has on the opponent.

Figure 1 is a Shot Quality Player Card featuring Tsitsipas and Schwartzman. All cards show a player’s average Shot Quality based on the past 52 weeks. A yellow bar indicates which player has an edge in that specific Shot Quality measure. 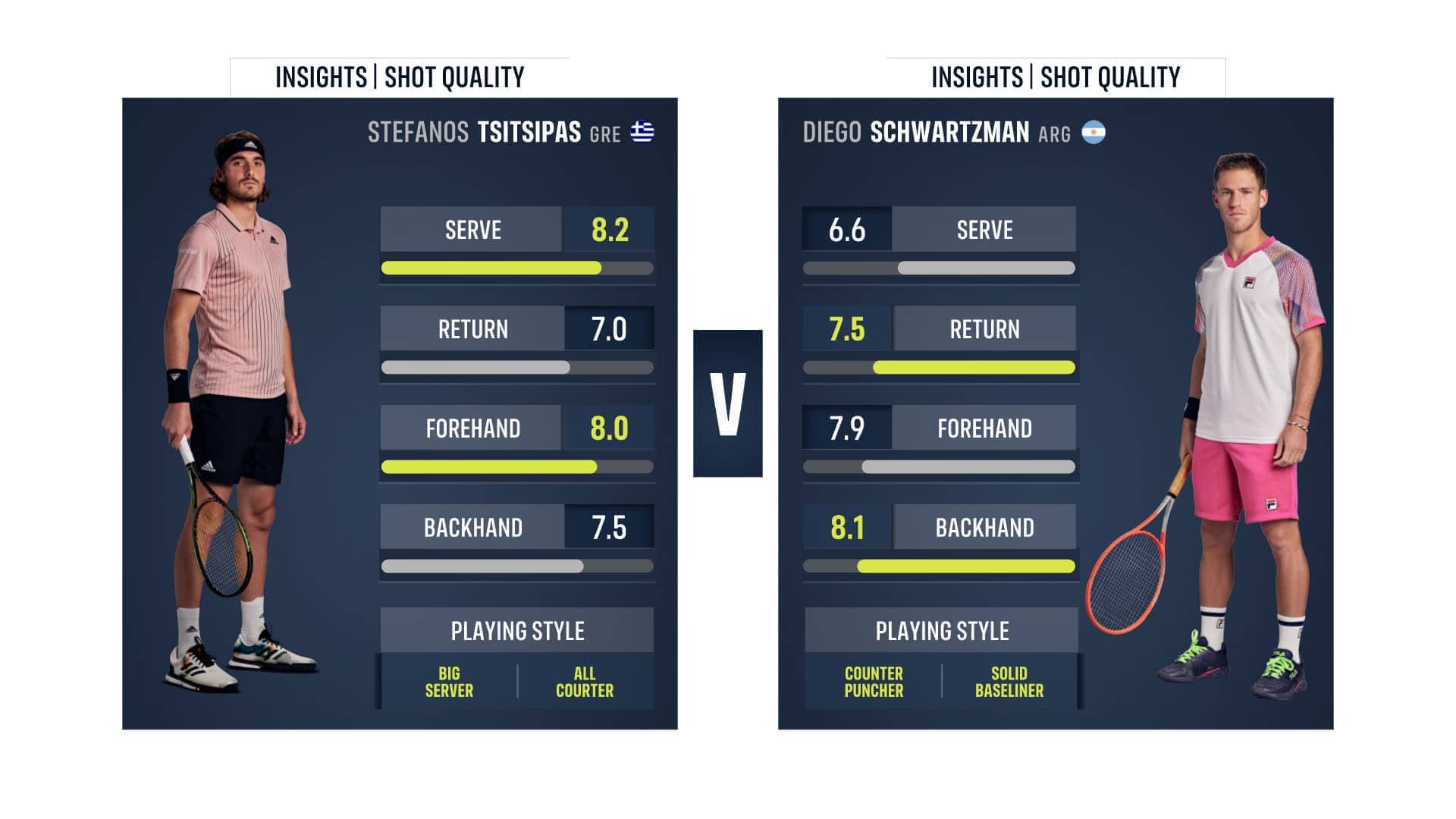 Figure 1 Tsitsipas vs Schwartzman Shot Quality Player Card. This card is based on hard court matches and updated as of the 1 August 2022. The data set is Masters 1000s, and select 250s and 500s.

Artificial Intelligence recognises that each shot in tennis requires a different combination of speed, spin, depth, and width. For example, the quality of a drop shot will be measured very differently compared to a backhand cross-court.

You May Also Like: Fresh Data INSIGHTS Provide Fans With Stronger Understanding & Narratives

There are different ways to create high-quality shots. One player might have an effective forehand by using heavy spin and steep bounce angles, while another player hits a flatter, skiddier ball.

It is worth noting that while Shot Quality is a measure of the ball characteristics and impact on the opponent, it does not measure a player’s movement, decision-making, or other important factors which contribute to being a top player. 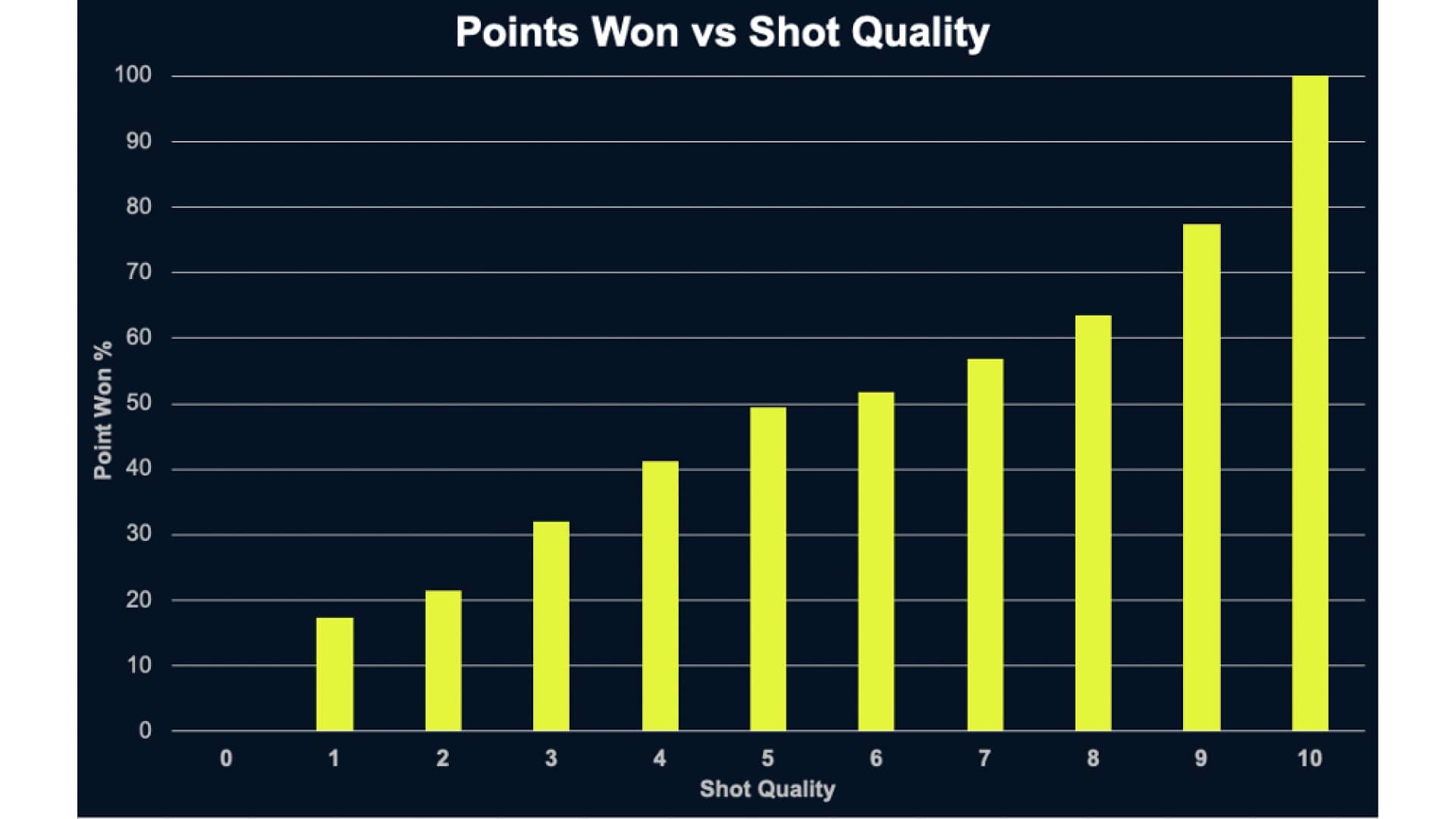 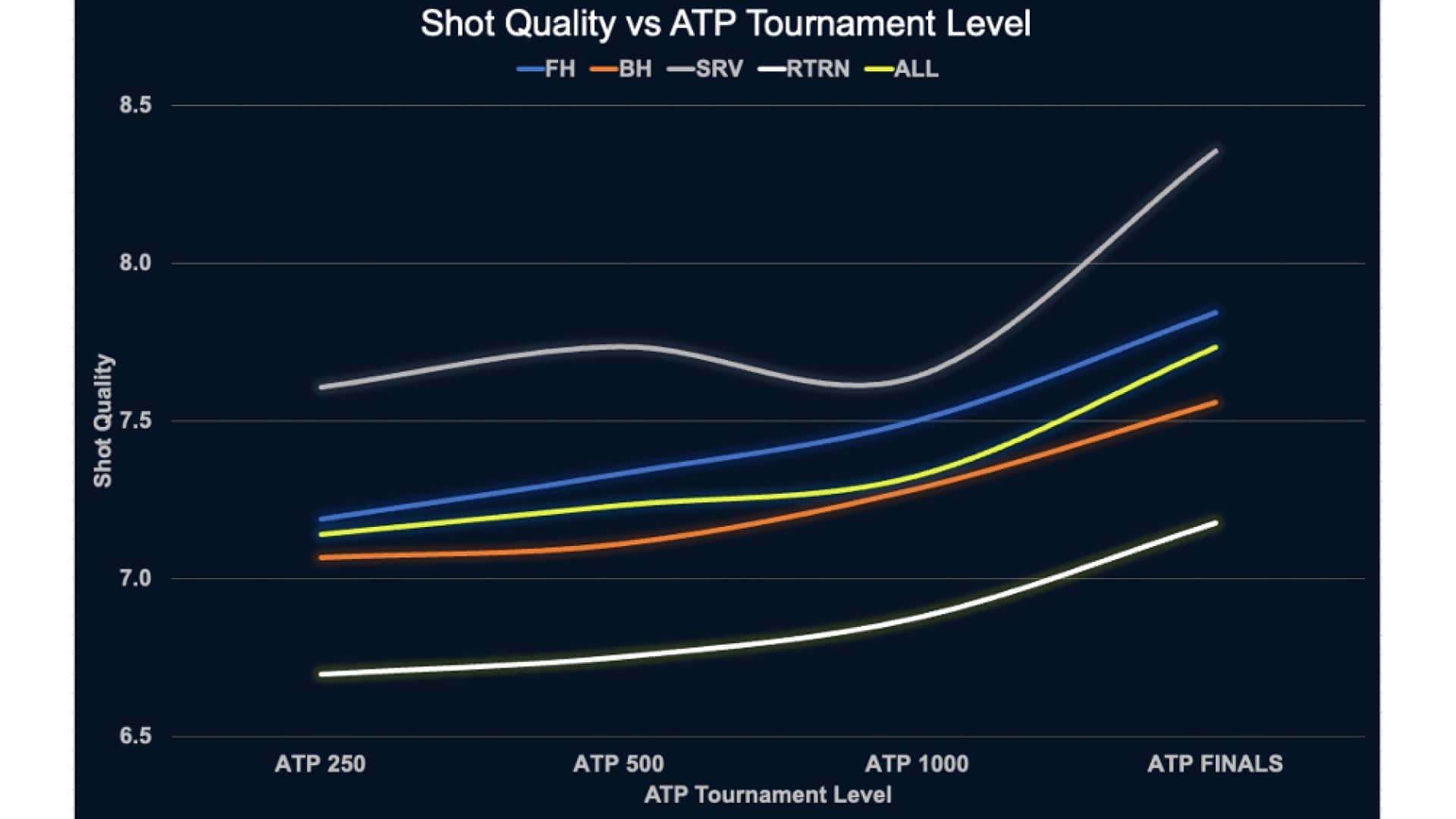