Ivo Karlovic remains inside the Top 100 of the ATP Rankings as he turns 40 years old.

Resurfaced: 'There Were Moments When I Didn't See The Way Out'

Ivo Karlovic
This article contains:
In the newest installation of ATPTour.com's My Point series, Croatian Ivo Karlovic, on his 40th birthday, details what it was like to grow up during the Croatian War of Independence, overcoming financial challenges to become a professional, dealing with challenging health setbacks and more.

Editor's Note: ATPTour.com is resurfacing features to bring fans closer to their favourite players during the current suspension in tournament play. This story was originally published on 28 February 2019.

My right arm was tingling.

But then my wife asked me a question, and the corner of my lip started drooping. It only got worse from then on and as the hours went by, I lost feeling in my arm and my ability to speak. By the end of the day, I didn’t know my name or what year it was. When medical staff at the hospital asked me questions, I couldn’t respond.

There were days when I woke up and thought, ‘Okay, I’m still alive.’ But the headaches would get crazy. It reached a point where the pain was so unbearable, I almost wanted to die so it would stop. It turns out I had encephalitis, inflammation of the brain.

When I eventually left the hospital I was a different man, realising what was important in my life. Everything cleared up and I knew what I really loved to do: tennis.

Still, getting back on the court was difficult. I began by practising for five minutes. The next day it was eight minutes, then 10 minutes. It was not easy, and I was worried because I was still at risk of the encephalitis returning. I had always been scared of dying, but after this experience I thought that if it happened, it happened.

I was most scared when I had to get on an airplane for the first time since I got sick. There were so many thoughts going through my head: What if the pain came back during the flight? Would anyone understand what was happening to me? Would anyone be able to help?

As I sat on the plane, I noticed that I was completely wet, drenched with sweat. You would have thought that I had walked through a torrential rainstorm to get on the plane.

But as the days went on, things would gradually become more bearable. I was positive about one thing: I was 34 years old and while I understood it would take time to fully recover, there was no way I would finish my career on those terms. I wouldn’t let the disease take away my lifelong passion. Not after everything I’d been through.

You May Also Like: On The Line: Ivo Karlovic

I started playing tennis when I was six years old, and to be honest, I didn’t really like it at first. I was young and I didn’t understand the game. Growing up in Croatia in the 1980s, everything was about soccer. That was all that was on TV, so of course I was more into that. Tennis? Barely anyone in my country knew the rules.

I remember watching Boris Becker win his first Wimbledon in 1985 when I was six, and I thought his all-silver Puma racquet was the coolest thing. It was expensive and almost impossible to find at home. A few years later he switched to a red-and-blue racquet, so in 1990 I was able to find a cheap, used version of the all-silver one that I had once looked upon in awe on my TV. I took it everywhere I went.

While living in Croatia at the time meant living in Communism, the one benefit was that sports clubs were basically free for kids. I could go there and practise every day and I didn’t have to pay anything. That was important, because my parents couldn’t afford much.

When I was 11 years old, the Croatian War of Independence started and that’s when everything changed. For the next three years, there were very few possibilities to play. It was a dangerous time, as there were airplanes flying above our city while we were all underground in shelters.

Even as it became safer outside towards the end of the war, tennis became very expensive. So I would always wait until the evenings when the courts were empty, because that’s the only time I was able to practise. There was nobody to play with, so all I was able to do was serve for hours and hours. I guess that explains some things.

When I became a professional tennis player, life didn’t get easier. I didn’t break into the Top 100 until I was 24 and there were moments when I didn’t see the way out. It was difficult to survive, so I played a lot of club matches in places like Croatia, Slovenia and Germany between tournaments to earn the cash I needed to travel to more events.

I was okay without having a lot of money and it was fine if I didn’t stay in the official tournament hotel. I was okay hustling because I did what I had to do to climb the ATP Rankings. I would do whatever it took to make a living as a professional tennis player.

But throughout almost all of last season, I lost the desire to train and compete. It was the worst at Roland Garros, where all I wanted to do was go home. It felt disgusting to even hold the racquet in my hand, and losing did not sting like it used to.

I was 39 and I have two kids at home. When I left them, it was difficult, and I didn’t have enough love for the sport to make it worth it. That is why my Ranking dropped to No. 138 in September. Overcoming encephalitis was one thing. Battling myself was another.

But then I set a goal: I wanted to get into the Australian Open. If I didn’t, I would retire. So I decided to play five ATP Challenger Tour events to try to make the main draw in Melbourne. I knew I had very little room for error and that gave me the will to fight again, because I had something to strive for. I ended up getting into the Australian Open and making the final in Pune, which has put me in good position to play many of the big ATP Tour events in the coming months. 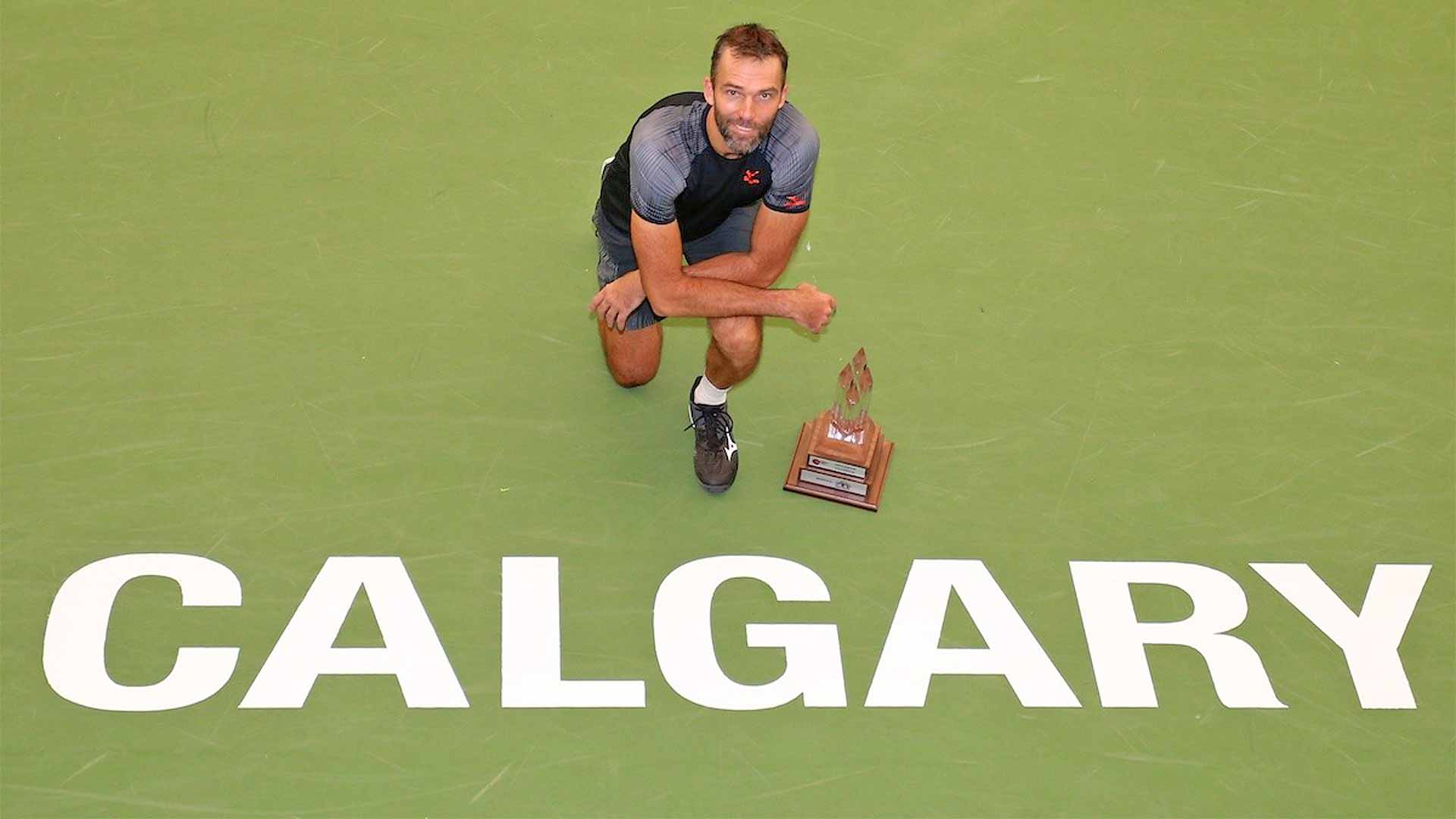 Today I turn 40 and I think I’m still doing pretty well. I’m just happy I’m still able to play tennis at a high level. Every time I have a good result I get mentioned with guys like Jimmy Connors and Ken Rosewall and even though it’s only while we’re talking about age, I still think that’s pretty cool. I don’t feel any weaker or any slower than when I was 38, so why not keep going?

I have worked hard all my life: I’ve served on a war-torn court, overcome financial challenges and health setbacks, yet I'm still swinging. 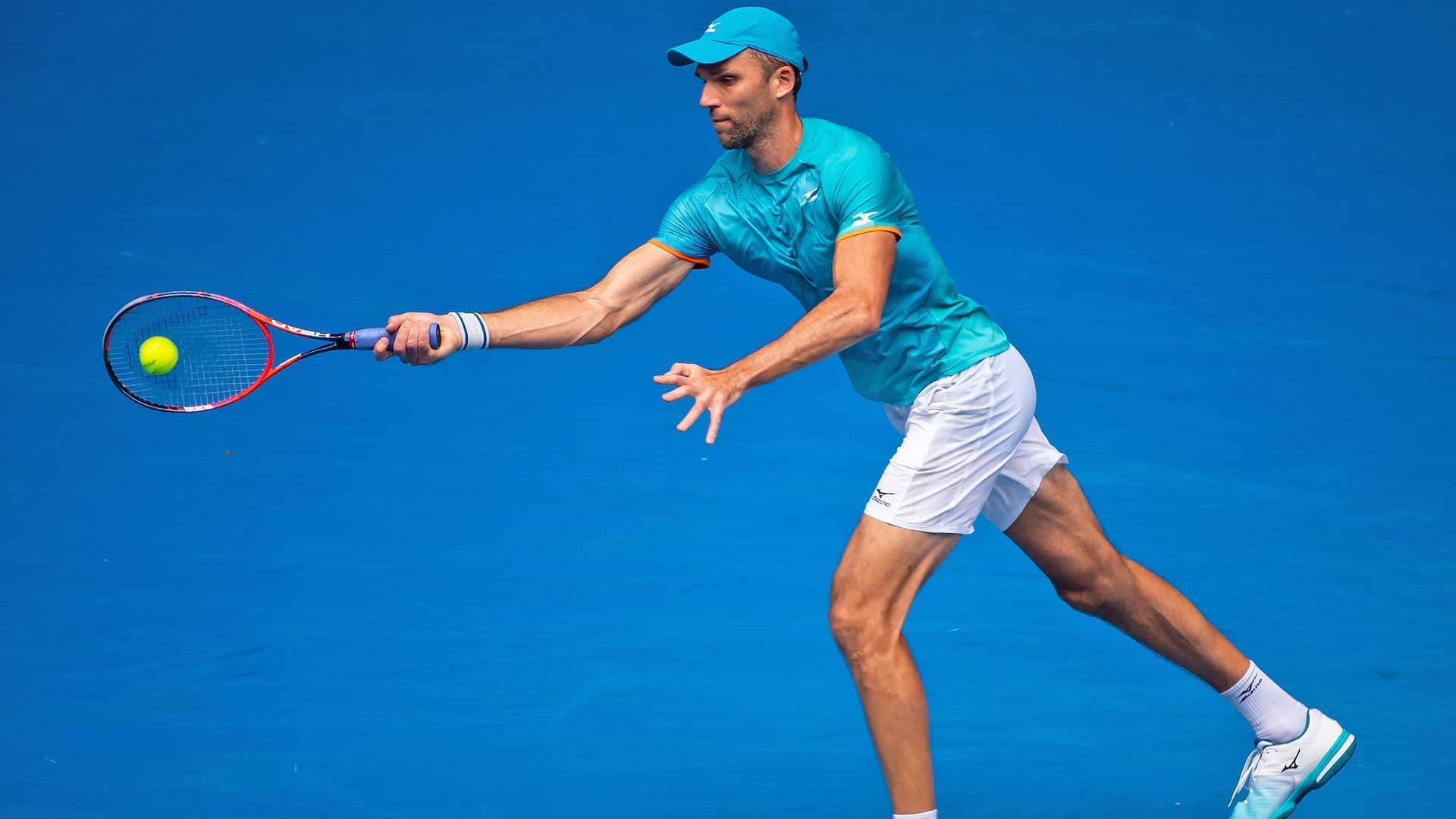