Juan Manuel Cerundolo in action at the 2022 Buenos Aires Challenger.

Sudden Impact: Cerundolo Back In Business On ATP Challenger Tour

Grant Thompson
This article contains:
The 20-year-old is a four-time Challenger champion

“We were both born with a tennis racquet,'' #NextGenATP star Juan Manuel Cerundolo joked as he recalled his earliest tennis memory of him and his older brother, Francisco Cerundolo.

The Argentine brothers have inspired each other throughout their young careers as they’ve built upon their success. An important time for family support came this season, when Juan Manuel was sidelined with injuries.

“My brother and I keep motivating and learning from each other,” Juan Manuel told ATPTour.com. “We give advice and motivate like, ‘If I can do it, you can do it also’. His achievement this year inspired me to keep going, we keep in touch a lot.”

This past week, Juan Manuel returned to the winners’ circle as he won the Buenos Aires Challenger to collect his first ATP Challenger Tour title of the season (fourth overall). In front of an energetic Argentine crowd, the 20-year-old defeated countryman Camilo Ugo Carabelli 6-4, 2-6, 7-5 in the final.

“I didn’t expect to win the tournament,” Juan Manuel said. “It was my second tournament coming back from almost two-and-a-half months and before that, I wasn’t competing regularly. Winning now, being healthy and playing in front of my people at home was really nice. It was relieving.

“It’s the best Challenger I’ve won, between the four. The atmosphere was incredible. Both me and Camilo had lots of people cheering for us. That’s something you don’t see in any other place than your home.”

Players from Argentina have combined for a season-leading 19 Challenger titles. Juan Manuel is the 14th different Argentine champion this year, tying a Challenger Tour record for the most different winners from a single country in a season (USA in 2006, France in 2011). The waiting and hard recovery work paid off for the Buenos Aires native.

You May Also Like: Cerundolo Triumphs At Buenos Aires Challenger

“The injury was really frustrating because 2021 was amazing for me,” Juan Manuel said. “When I was starting to play ATP, I tore my psoas muscle [located in the lower lumbar region of the spine], also coming from a problem in my hip. Then we realised my hip was okay, it was more the tendon and muscle. All my results I got last year went away because I couldn’t play. It made me angry because when you play, you want to put your 100% in every match, and I wasn’t able to do that.”

In 2021, Juan Manuel was one of four players to claim a Tour-level and Challenger title. His three Challenger titles - Rome-2, Como, Banja Luka - all came after his initial breakthrough at the ATP 250 event in Cordoba. ‘Juanma’ advanced through qualifying en route to making his ATP Tour main-draw debut on home soil. He didn’t stop there.

The then-World No. 335 became the first Argentine to win a title in his debut and the youngest Argentine champion (19 years, three months) since Guillermo Coria (19 years, one month) won Vina del Mar in 2001. The lefty’s standout season booked him a ticket to the 2021 Intesa Sanpaolo Next ATP Finals in Milan, Italy.

“Cordoba was a dream,” Juan Manuel said. “I was playing qualifying and I was like, ‘If I can win one qualifying match, it will be a good tournament!’ Then I started winning and I couldn’t believe anything. When I was in the quarter-finals I was like, ‘Woah, what is going on!’ Then I just had the confidence and it happened.

“It was like everything I dreamed of since I was a kid, winning at home, all my friends and family were there. Now, looking back, I learned a lot from that week. It was like the beginning of my career.” 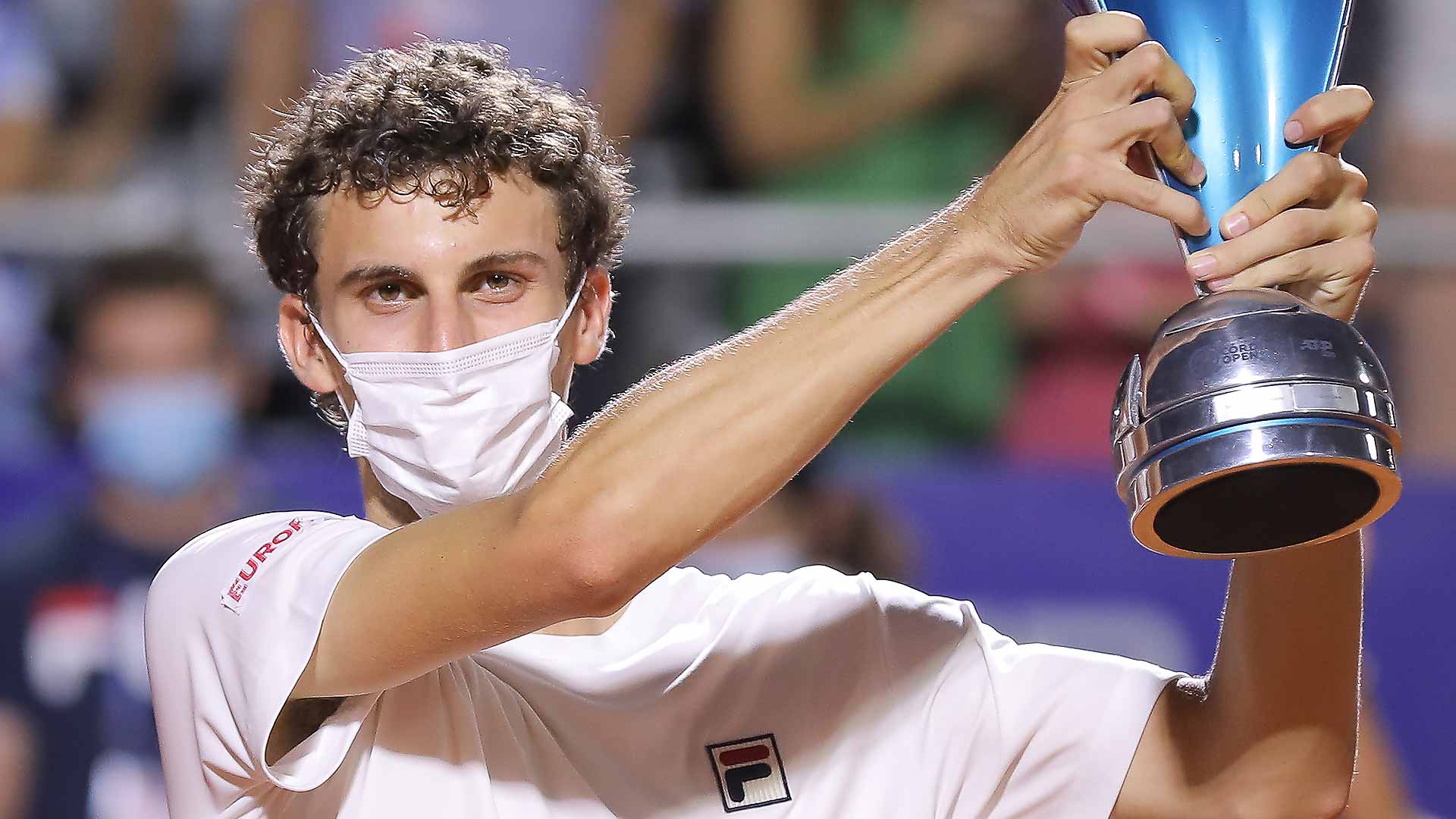 This season, Francisco, 24, followed in his younger brother’s footsteps by claiming his maiden Tour-level title in July, when he triumphed at the ATP 250 event in Bastad, Sweden. Much like Juan Manuel’s achievement in 2021, Francisco also claimed a Challenger title (Santa Cruz, Bolivia) in January. The right-hander is one of six players who have claimed a Tour-level and Challenger title in 2022.

When Francisco, No. 29 in the Pepperstone ATP Rankings, lifted the trophy in Sweden, Juan Manuel was preparing for the Tampere Challenger. He made sure that he could watch his brother be crowned champion.

“When he [Francisco] was playing the final in Bastad, I was training in Finland,” Juan Manuel said. “My coach put TennisTV on between our trainings and I saw every point I could. It was a very important final for him and he was playing a friend of mine, Sebastian Baez. It was a really nice match, both are having an amazing year.”

Juan Manuel, World No. 148, has shifted his attention towards having a consistent run during the year-end South American Challenger swing as he looks to play a full season in 2023. The lefty is set to compete the next two weeks at the Rio de Janeiro and Coquimbo-2 Challengers.

“With all the injuries I’ve been through this year, now my only goal is to play regularly,” Juan Manuel said. “To play three tournaments in a row would be amazing for me and to have the regularity to win and try to play as much as possible is more important than ranking and tournaments right now.”