The Future Of Tennis Stadiums Has Arrived In Kobe

In the landscape of Japanese tennis, the Rakuten Japan Open Tennis Championships has set the standard for nearly 50 years. The country's lone ATP Tour event continues to shine brightly in Tokyo, providing fans with the opportunity to see some the game's best players every year.

On the ATP Challenger Tour, three tournaments have established their own standard of excellence for more than a decade. The Challenger 80 event in Yokohama celebrated its 14th edition in February and is flanked by a new tournament in Yokkaichi and this week's staple in nearby Kobe.

In Yokkaichi, despite having no marketing or promotional campaigns, the tournament featured packed crowds from first ball to last. It was standing room only as native son Yuichi Sugita lifted the trophy. This week, while it's a different tournament in a different city, not much has changed as Kobe takes centre stage. Sugita will vie for the title against countryman Yosuke Watanuki on Sunday, as the fifth edition of the Hyogo Noah Challenger comes to a close.

Founded in 2015, the indoor-hard court event has featured John Millman and Hyeon Chung among its champions. But wait, this is considered an indoor tournament? You're not alone if you've seen images of the Bourbon Beans Dome, with its abundance of natural light flooding in, and are struck in awe by its beauty and unique quality.

With three oval skylights overhead and a wall of windows encompassing the bean-shaped arena, it feels more like a futuristic spaceship than a Challenger venue. During the indoor hard-court season, when long days without much sunlight are the norm, having a slice of the outside world is coveted. 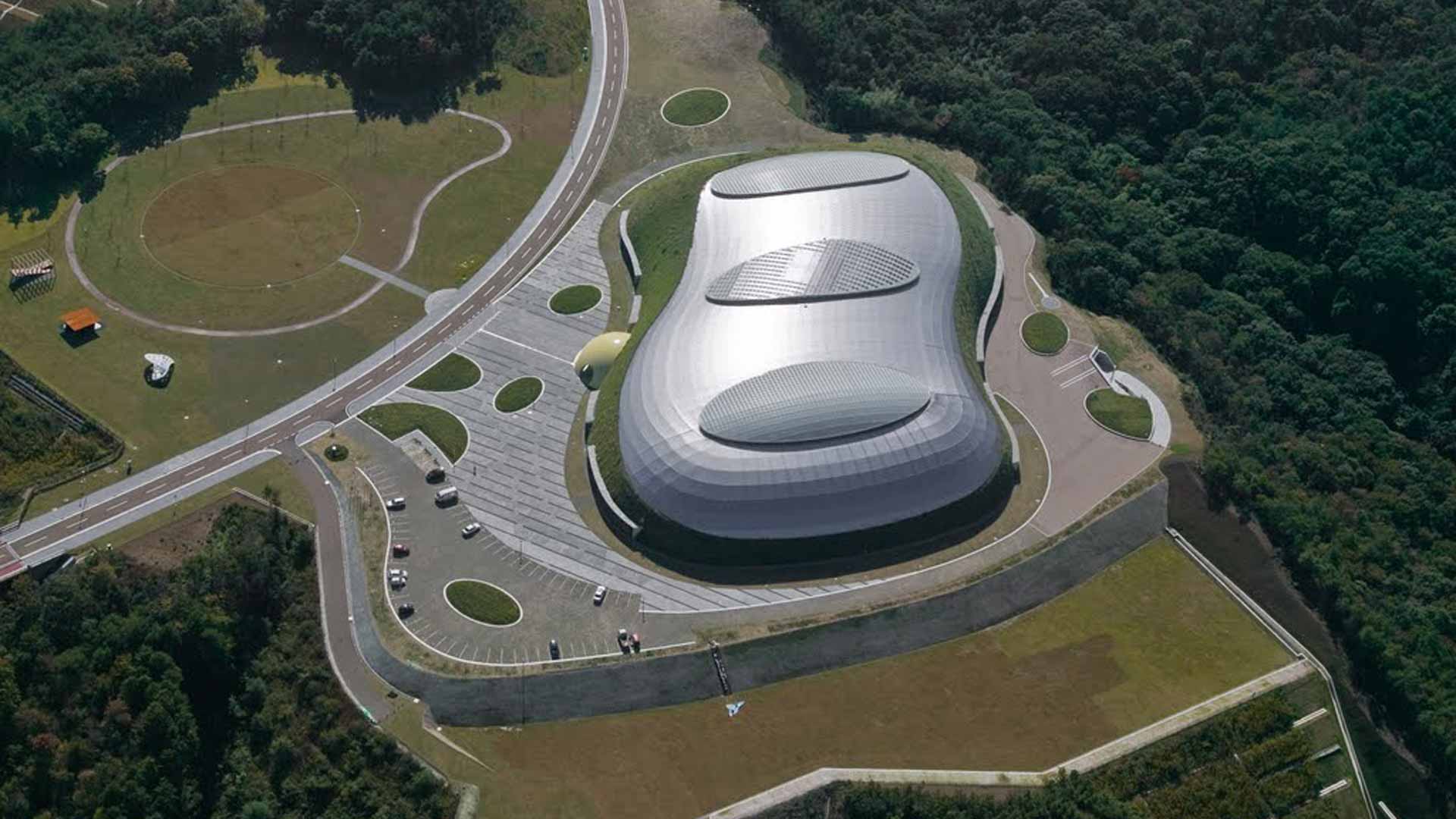 As you walk through the entrance, the massive expanse immediately begins to feel more intimate. Turn to the left and the practice courts are easily accessible to the public, as are the two outer courts on the right side of the main stadium. It is a very intimate atmosphere, with fans drifting to the side courts for a glimpse of a player practising and to take in the electric doubles action.

And their attention is not limited to the Japanese players. On Friday, Dutchman Tim Van Rijthoven could barely escape Centre Court with so many young and passionate fans seeking autographs and selfies. And just steps away, the Indian duo of Ramkumar Ramanathan and Purav Raja were in high demand, even after dismissing a Japanese team for a spot in the doubles championship. 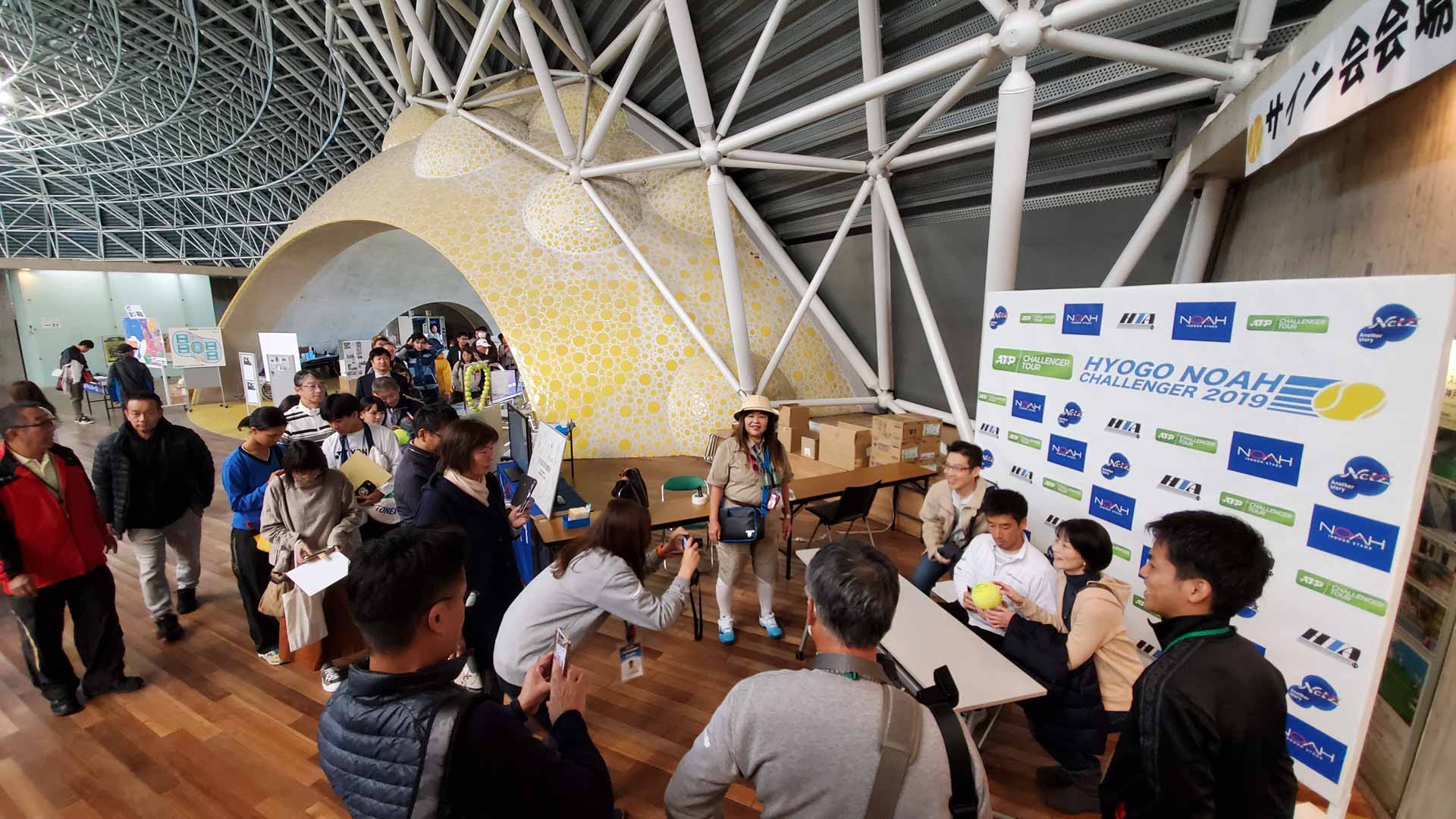 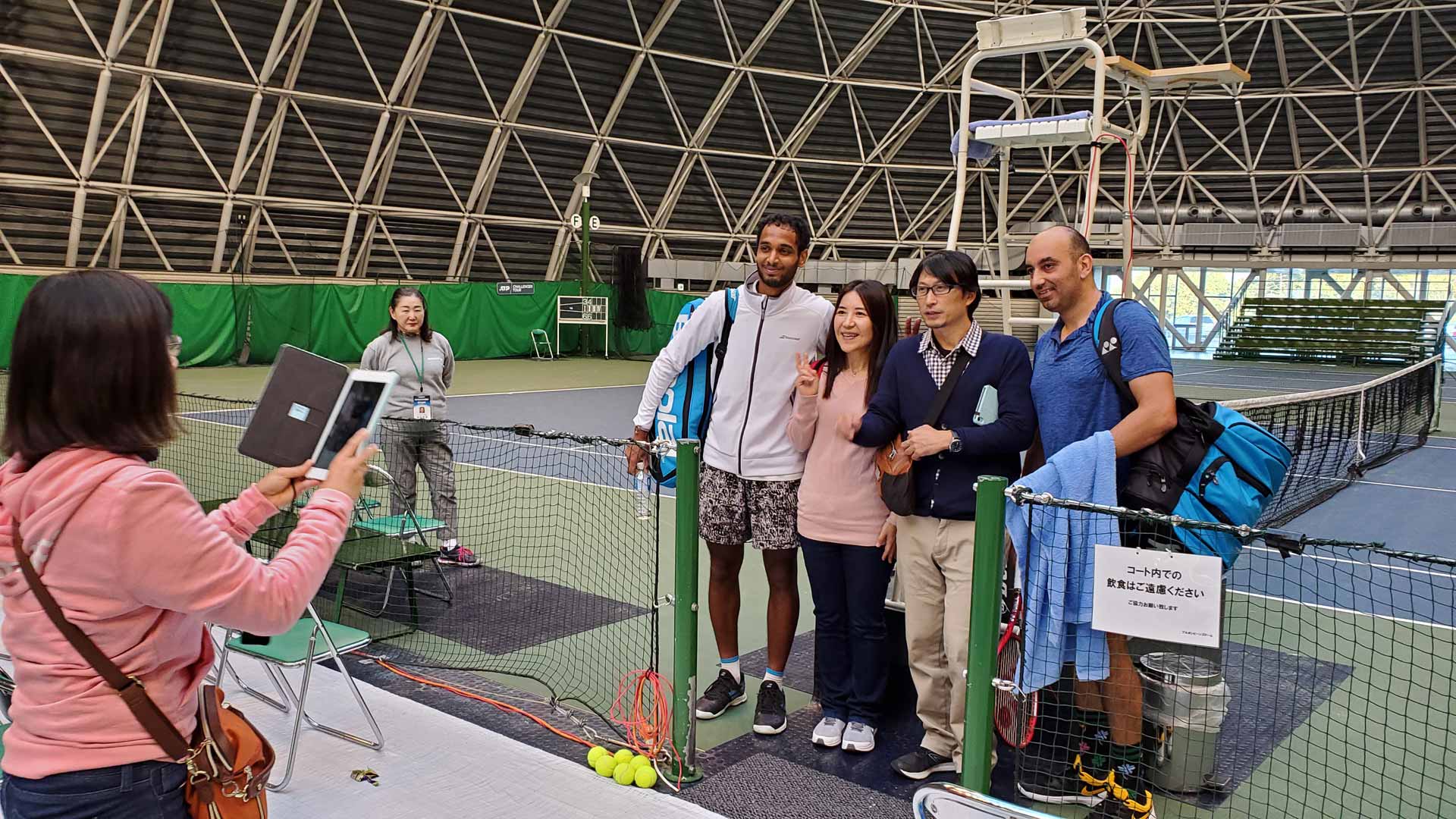 Considering it is a 40-minute drive from downtown Kobe, the fact that the public flocks to the tournament is a testament to their passion for tennis and enthusiasm for the competition. In Japan, respect for athletes of all sports and levels is an integral part of the culture, and here it is no different.

"So many people come to watch here in Kobe," said Hiroki Moriya. "That helps me a lot when I'm playing at home."

You May Also Like: Kobe Challenger Launches 500 Metres Above Sea Level

"I like this court a lot," added Go Soeda. "Many people come to watch and I have good memories here. I actually won in Davis Cup here against Ivan Dodig and Croatia, from two sets down. I'm always feeling good. It's nice to play at home. Japanese people love to watch tennis."

A bustling metropolis in southern Japan, Kobe is the sixth-largest city in the country and a thriving financial centre. Also one of the busiest ports in the country, many companies are headquartered there, including more than 100 international corporations. It is also the point of origin of Kobe beef, a delicacy around the world.

But venture a bit outside the city and you will find an integral part of Kobe's sporting culture. Drive 40 minutes west and you'll arrive at the Miki Disaster Prevention Park, home to this week's ATP Challenger Tour event. 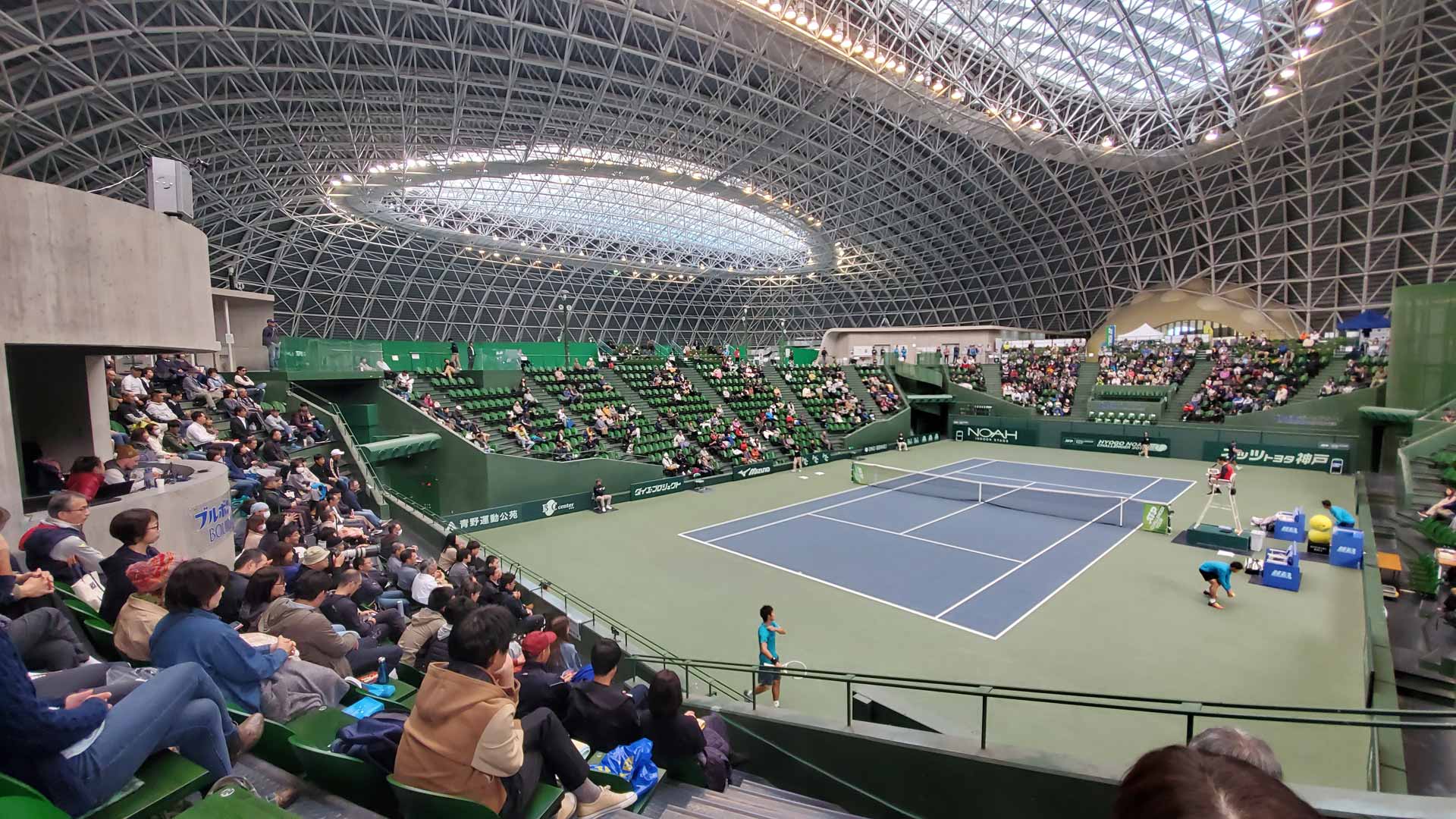 On 17 January 1995, a 6.9 magnitude earthquake rocked Japan. Its epicentre was located just 20 km from the Kobe city centre. More than 6,000 people lost their lives on that day and, with the city residing on an active fault line, officials announced the necessity for a disaster prevention mechanism. At the time of the Great Hanshin earthquake, the city was ill-prepared to assist the thousands of people impacted.

The Miki Disaster Prevention Park was constructed shortly thereafter, serving as a relief centre for rescued people from nearby disaster areas. One of the most sophisticated earthquake research facilities also sits next door and includes the world's largest indoor earthquake simulator. Also a multipurpose sports facility, it features two football stadiums and a running track, in addition to the tennis arena. 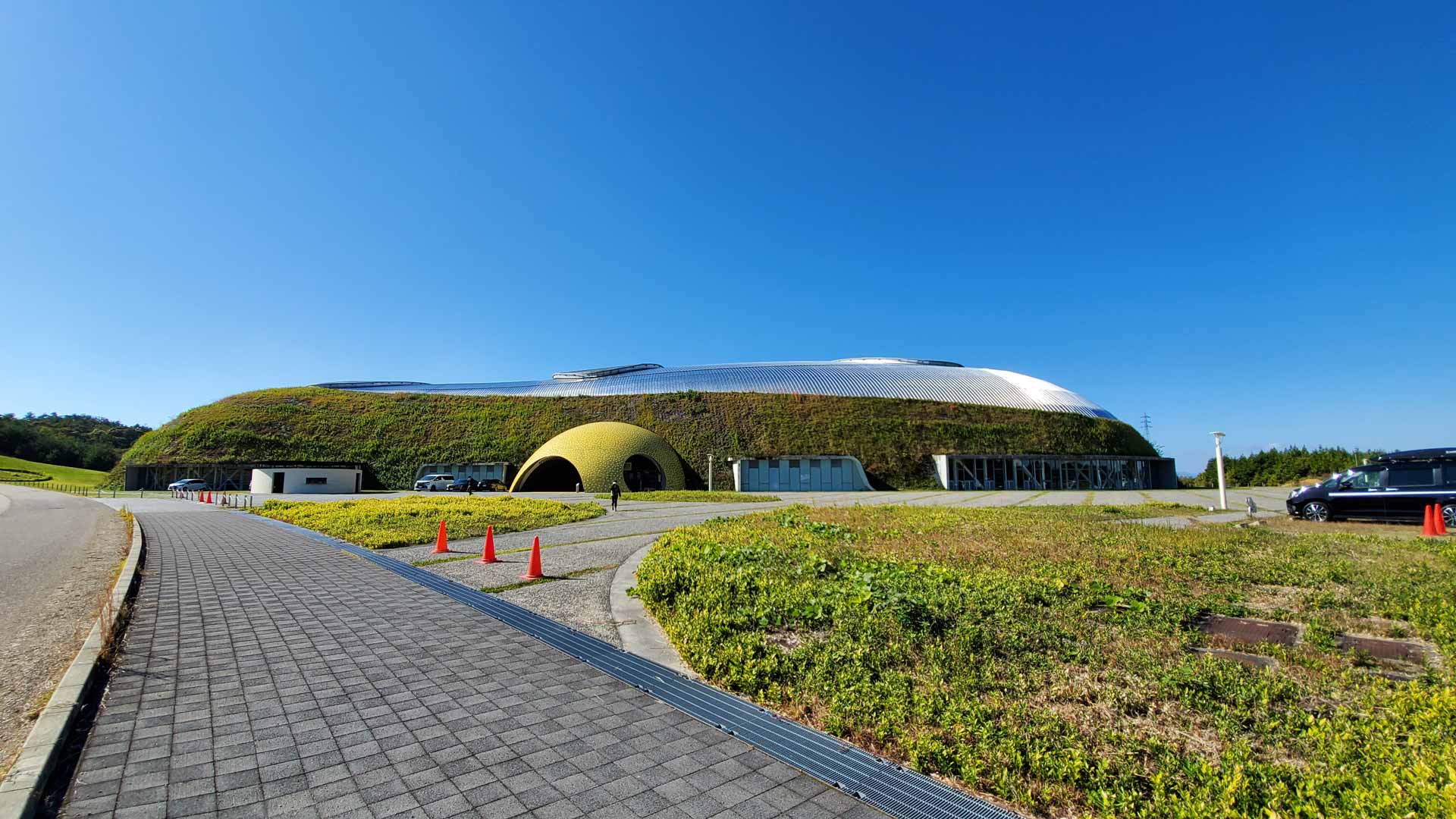 Made to give shelter to those in need, the arena was built with massive concrete walls and foundations burrowing deep into the earth below. Walk through its doors and you'll think you've stumbled into an airport terminal or a spaceship from the future. The 'Bourbon Beans Dome' was constructed by renowned architect Shuhei Endo and is encased in a stainless steel shell mostly covered with grass.

“Square buildings are too strong,” Endo explained. “Rounded, curved forms are more continuous and blend in better with nature.”

They are very proud of the design at the venue. In fact, mini replicas of the stadium masquerade as doorknobs throughout the facility. 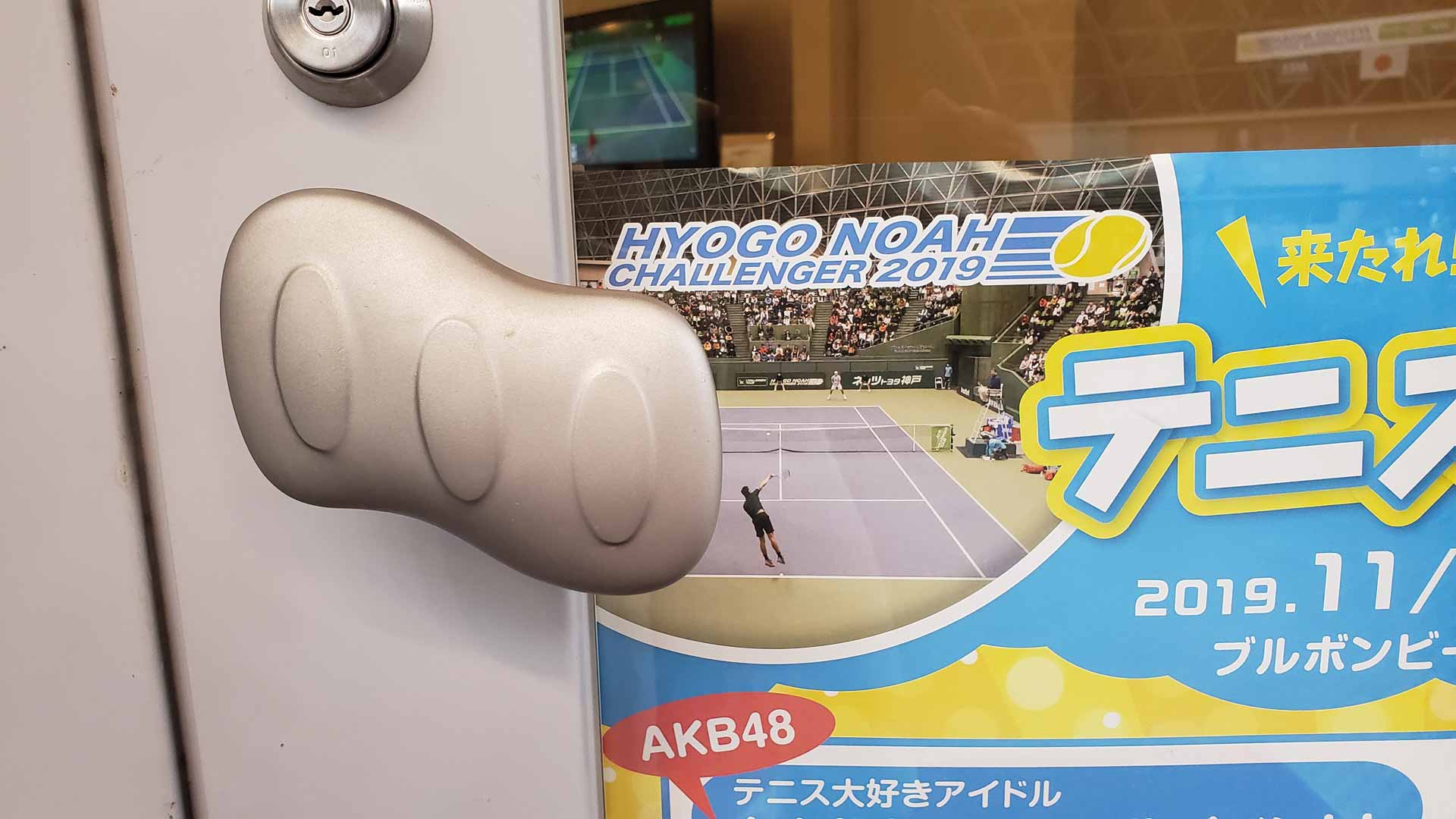 In the event of an earthquake or typhoon, supply trucks can drive directly into the 174,000-square-foot building, thanks to movable glass panels at four locations around the perimeter. The stadium holds nine tennis courts, with four on either side of a sunken centre court. Surrounding the courts are 10-inch-thick layers of reinforced concrete that rise from the floor and serve as the back wall and ceiling.

It is a sight to behold on the ATP Challenger Tour and one of the lesser-known gems on the circuit. No tickets are sold throughout the tournament, as organizers only request donations for the disaster fund as patrons walk through the door. On Saturday, the locals were well aware of the star power on display, with three Japanese semi-finalists competing for spots in the championship. A combined 4,000 people packed the tennis centre for both matches.

On Sunday, a home hopeful will life the trophy for the second straight year, as Yuichi Sugita battles Yosuke Watanuki in the final.

"It's important for me to finish the season like this," said Watanuki, who is into the Kobe final for a second year in a row and is bidding for his first Challenger title. "I have a chance to make Australian Open qualifying with this week."