Sebastian Korda is aiming to become the fourth American to compete at the Next Gen ATP Finals in Milan.

By Following His Own Path, Korda Is On Track For Milan

ATP Staff
This article contains:
American is third in the ATP Race To Milan

Since his breakthrough run to the Round of 16 at Roland Garros last year, Sebastian Korda has claimed two ATP Challenger Tour titles, reached his maiden ATP Tour championship match and cracked the Top 100 in the FedEx ATP Rankings.

Alongside fellow #NextGenATP stars Jannik Sinner, Felix Auger-Aliassime and Lorenzo Musetti, the American has already made his mark on the ATP Tour this season. Korda believes one of the keys to his early-season success has been his individuality.

“I have been doing my own thing,” said Korda. “Almost everyone went to Australia to play qualifying and I chose a different path. For my development, it was super big to get a lot of matches under my belt, especially after two months of pre-season which is unusual for us. So far, it has worked out and hopefully I can keep the momentum.”

As part of one of the most successful families in sport, Korda is not immediately known for his individuality. As the son of former World No. 2 Petr Korda and former WTA Top 30 player Regina Kordova, and the brother of Top 25 LPGA golf stars Nelly Korda and Jessica Korda, Sebastian’s achievements are often presented in the wider context of his family.

When asked to define what makes him different from the rest of his family, Korda highlighted how the path he has taken to find success has shaped him as a person. 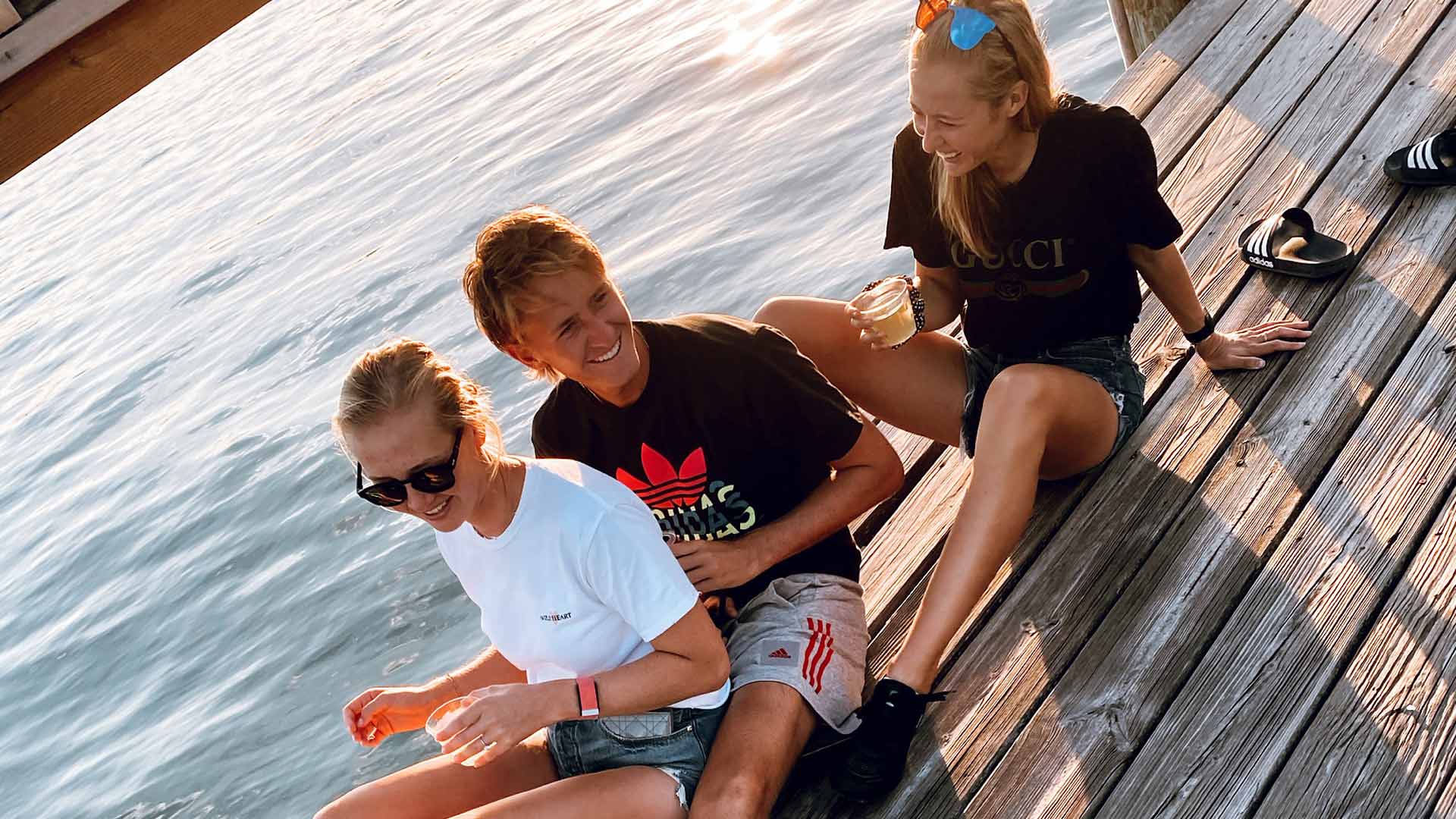 Aside from the obvious advantages of growing up in a successful sporting family, Korda noted that the success of his sisters has often provided him with the extra motivation he has needed to climb the FedEx ATP Rankings. The Florida native reached a career-high No. 62 on 12 April.

When he is not watching his sisters make waves on the golf course, Korda can often be found watching his own sport. The Delray Beach runner-up is a keen student of the game and has taken great inspiration from Rafael Nadal, the man who ended his run to the Round of 16 at Roland Garros last year. After their maiden ATP Head2Head meeting in Paris, Korda received a signed match shirt from Nadal.

“I watch a lot of tennis. Pretty much every single day I am watching something on TV,” said Korda. “There is always a lot of inspiration, especially from a guy like Nadal. He has always been an inspiration for me [with] the way he carries himself on court, how professional he is and how humble he is. It is a big inspiration for me. Hopefully he can keep playing tennis. I’d love to get another opportunity to be able to play him.”

After playing @RafaelNadal, Korda got a shirt signed by the man himself 😅 💓

One of the events that has caught Korda’s attention on TV has been the Next Gen ATP Finals in Milan. This year, the two-time ATP Challenger Tour titlist will attempt to become the fourth American to qualify for the innovative 21-and-under event.

“I would always watch [the tournament] on TV. [There have been] some incredible matches,” said Korda. “One of my favourite years was when Sinner won. He was playing some incredible tennis and that propelled his career.”

Korda’s impressive start to 2021 has put him in a strong position to qualify for the tournament. The 6’5” right-hander is currently in third position in the ATP Race To Milan.

“I’d love to play Milan,” said Korda. “It would be super awesome and it would definitely be a reward for having a good year and a lot of the hard work I am putting in. If I get the opportunity to play in Milan, it would be really cool.”

You May Also Like: Q1 Review: #NextGenATP Quartet Lead The Way To Milan

Korda is not the only American chasing one of seven automatic qualification positions for the tournament. Jenson Brooksby (fifth) and Brandon Nakashima (ninth) are also in the running. Korda and Nakashima played two doubles events as a team last year, including the Western & Southern Open.

“I am pretty good friends with Brandon Nakashima,” said Korda. “We’ve played some doubles as well and we’ll try to play some doubles in the future. He is a super nice person and he is a little bit like me, serious on court and then off the court, he is a really nice guy that I have got to know pretty well. Hopefully, we can play some more doubles together and have a good friendship.”

Aside from a spot in the Milan field, Korda has further targets for 2021 and beyond. While his biggest wish may have to wait for a future season, the American has his sights set on a FedEx ATP Rankings milestone this year.

“I’d love to win a Grand Slam this year, but there is a lot of road ahead,” said Korda. “One of my biggest goals is to finish the year [in the] Top 50.”