Daniil Medvedev lifted the trophy in Cincinnati in 2019.

ATP Staff
This article contains:
The World No. 2 lifted the trophy in Cincinnati in 2019

Fresh off winning his fourth ATP Masters 1000 title at the National Bank Open Presented by Rogers in Toronto, Daniil Medvedev is set for his fourth appearance at the Western & Southern Open in Cincinnati.

The 25-year-old captured the title in 2019, and will lead the field as the top seed, beginning against Mackenzie McDonald.

Medvedev recently spoke to ATPTour.com about his favourite Masters 1000 venues, memories and matches.

Which ATP Masters 1000 host city is your favourite and why?
My favourite Masters 1000 is Shanghai, because I have good memories from there. I played a Challenger there first. It was my best result [at a] Challenger [at the time], [I reached] the semi-finals. I really liked the city. I was enjoying the city and life there and then I won my Masters 1000 there. It made it even better. I think I stayed in probably the best hotel in my life in Shanghai. Everything there is perfect.

What was the highlight of the hotel?
I would say the lobby and the details of everything. You can see it in the elevator, coming to your room, all the ceilings, all the lighting, everything. It was just perfect. There was not one thing that I saw that was not perfect. 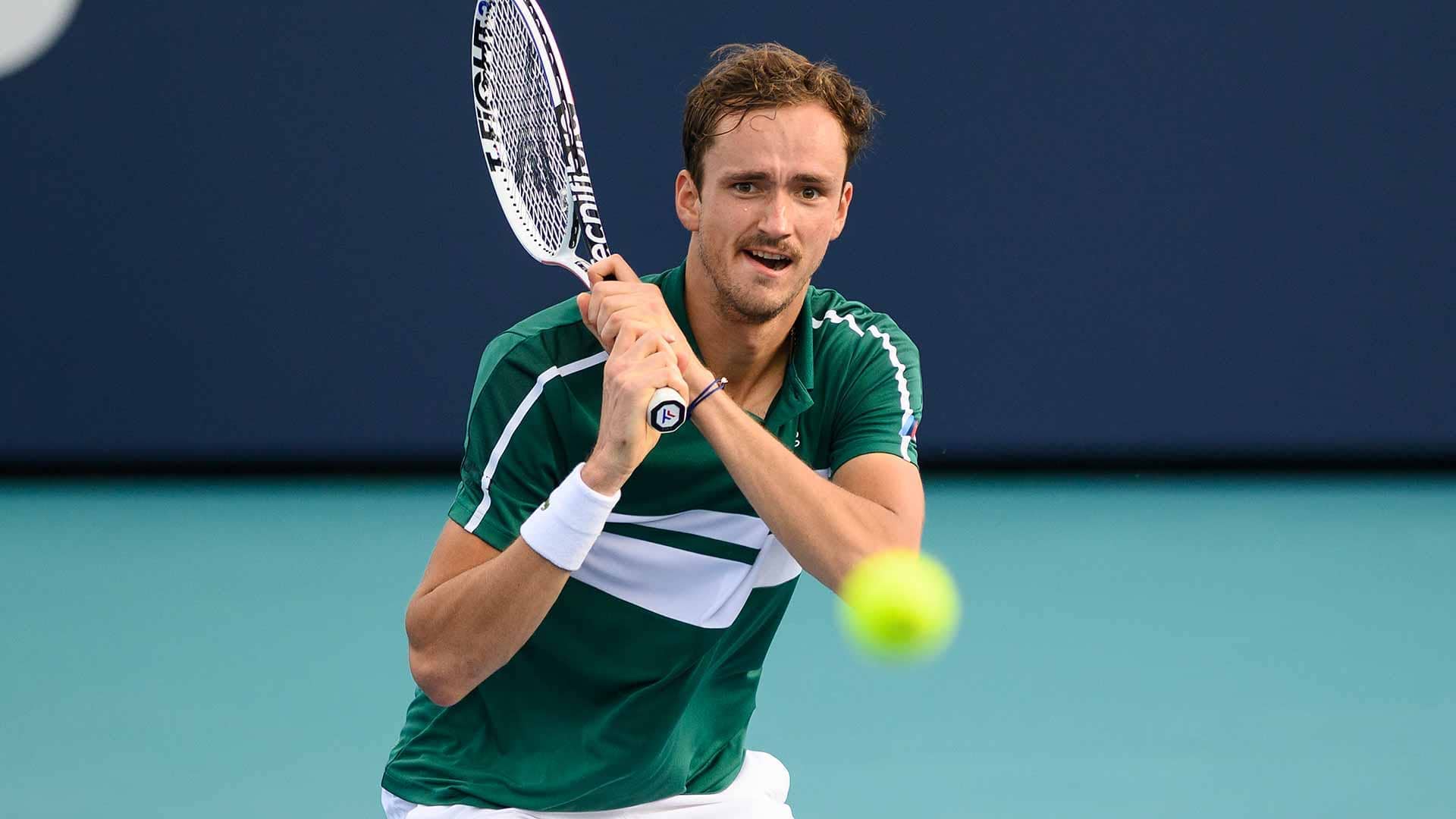 Do you remember your Masters 1000 debut?
I definitely remember it. It was in Indian Wells and I got mononucleosis and angina. I was not feeling good. I lost to Mikhail Youzhny and I was feeling like hell. After [that event], I didn’t play for two months because I was recovering.

What do you consider to be your best Masters 1000 win?
Of course there are a lot, but I would say the win over Novak in Cincinnati [in 2019] because that allowed me to go into the final and to win the tournament. I lost the first set and I was crazy tired after everything that was going on in that summer of 2019. I managed to step up and beat him in a good way. I felt like that was maybe one of the best two sets that I had played, at that time especially. That was a really great match.

What is your favourite off-court memory or activity at a Masters 1000?
This one is so funny. In Cincinnati, there is this park of attractions. Kings Island. Me and my wife, who at the time was my girlfriend, we went there after I lost my match in Cincinnati. I think I lost in the first round. I am quite scared. I like aqua centres but, at [amusement] parks, I am quite scared.

I thought, ‘Okay, now I am a grown up. It will be easy’. I went there and the first thing we did was where they hold you so your legs are in the air. It was a hell of a ride. I had my wallet and my phone inside my tennis shorts, so I was super lucky to still have my wallet because I was not holding my tennis shorts. I didn’t know this thing was going to go that crazy. That was probably the scariest ride of my life. One hundred per cent.

I lost my phone. I didn’t have a phone for one month after because I didn’t want to buy a new one and I was super lucky to still have my wallet with my ID, licenses and credit cards. Otherwise, I don’t know how I would have come back. Then, we went on the second ride and after this one — it was just a rollercoaster — my wife said, ‘You will never go on this again.’ I was almost losing consciousness. I was white. That was a really funny story.

What is your dream match at a Masters 1000?
I would like to play Rafa at one of the clay-court tournaments. I probably would not have many chances, but it is a great challenge to play Rafa on clay. I didn’t have this moment so far, so it would be a great match. I want the challenge that is almost impossible to make, but there are people who made it — people of my age — so I want to try. 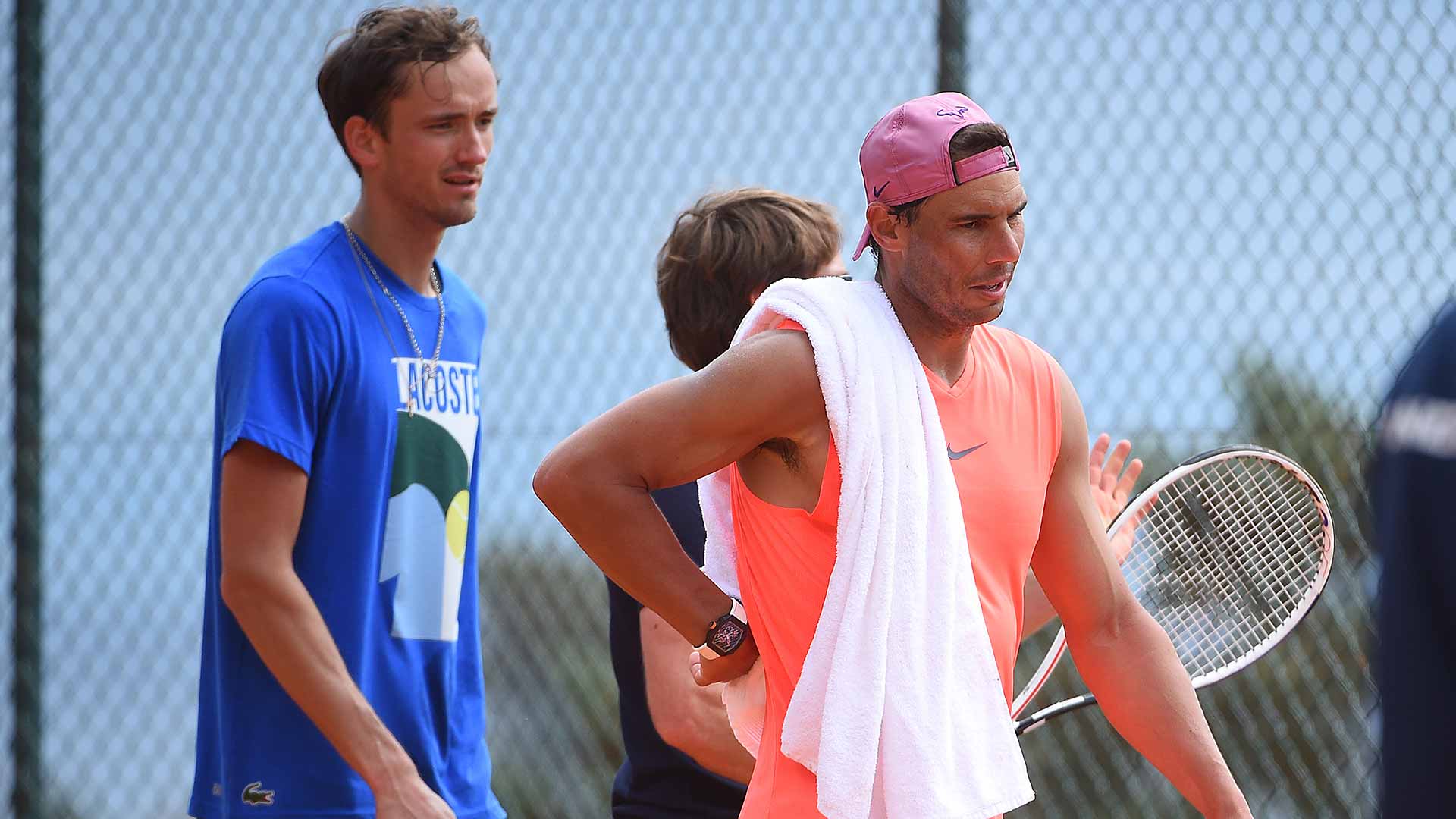 Toughest match you’ve played at a Masters 1000?
There were a lot, but straight away I remember one in Toronto against Felix. At the time he was young and up-and-coming, outside the Top 100. I was actually not feeling well at this tournament, but it was the [second] time I made the third round at a Masters 1000. I won 9/7 in the [final-set] tie-break. It was a hell of a match and really tough.

Greatest match you’ve ever seen at a Masters 1000 event?
I was young, so I’m not sure I saw it all, but it was in Rome [in 2006] where Rafa played Roger and they played this crazy five-set final. I was so young that I don’t even remember who won, I would [guess] Rafa, but saving match points. This match was crazy. [Editor: Nadal won 7/6 in the fifth.]

What is your favourite court at any of the Masters 1000 events?
I would go with Paris, because it is really huge. It is indoors. It reminds me of The O2 and it has a special atmosphere. Even without a crowd, it was really special to win there [last year].
More stories like this in:
Premier Partner