Lorenzo Musetti is into his first ATP Challenger Tour final in Forli.

Musetti: "The Real Work Was In The Challengers"

It was exactly one year ago that Lorenzo Musetti experienced one of the biggest tests of his young career.

The Italian teen was standing on Center Court at the prestigious AON Open Challenger in Genova, Italy, facing former World No. 16 Philipp Kohlschreiber. For a 17-year-old first embarking on his professional career, the moment could not get any bigger.

Located just one hour from his hometown of La Spezia, the coastal city of Genova was essentially a home tournament for Musetti. Friends and family flocked to the Valletta Cambiaso to watch Italy's future star compete on one of the country's brightest stages.

The crowd was packed beyond capacity as day turned to dusk on a Wednesday evening. Floodlights illuminated the stadium, creating a surreal atmosphere for the teen. He had never competed in such a vibrant and energetic environment before. The ATP Challenger Tour in Italy features many festive backdrops, but they are nothing like this.

Akin to the Foro Italico in Rome, the venue features large trees surrounding the main stadium and ampitheater-style seating. A total of 2,500 people witnessed their native son battle for one hour and 26 minutes, eventually falling to Kohlschreiber 6-4, 6-4. 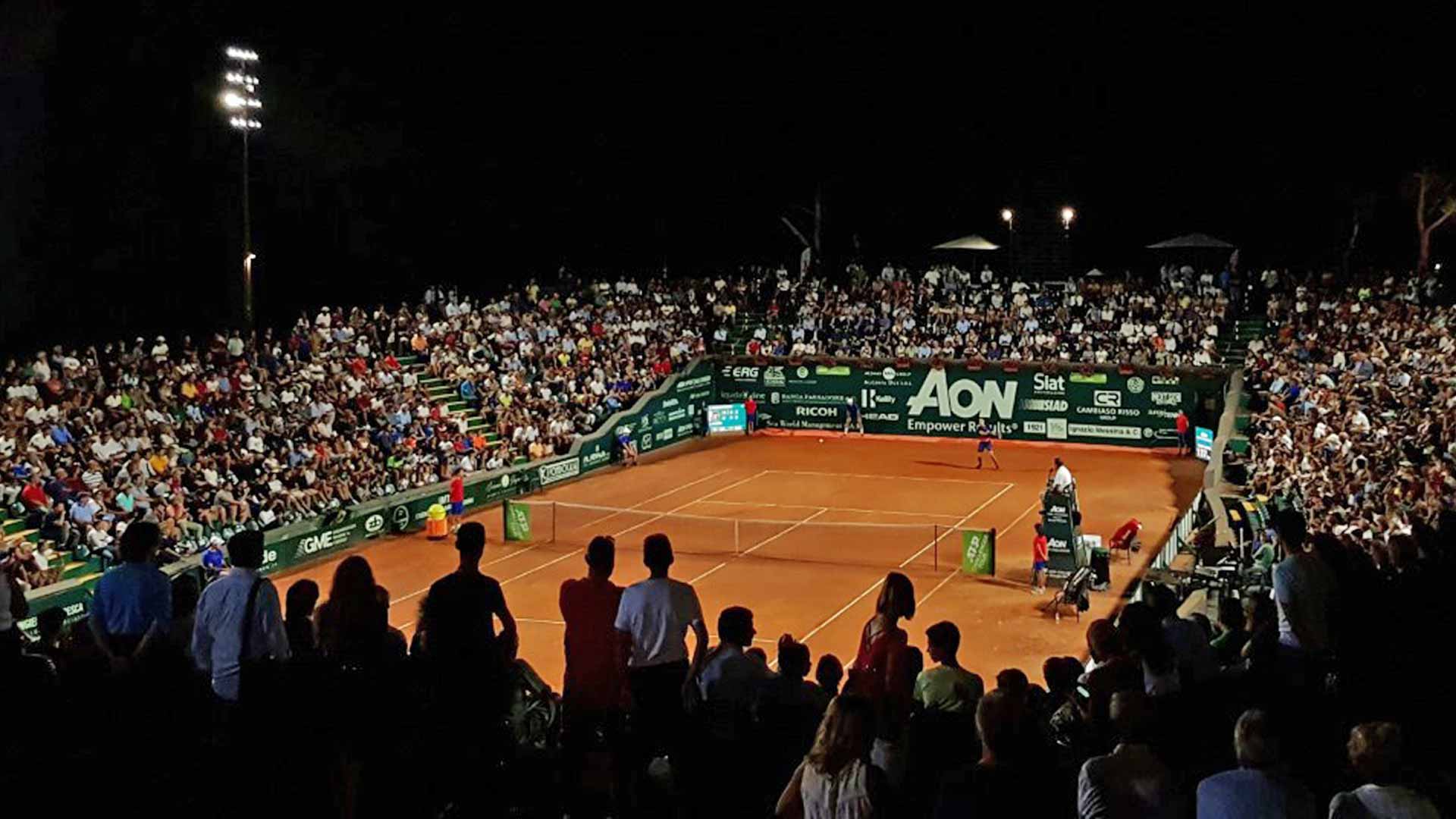 What a difference a year makes. Twelve months later, Musetti had the opportunity to compete at the Foro Italico itself. This time, he was ready for the moment. Not intimidated or fazed in the slightest, the teenager reached the Round of 16 at his home ATP Masters 1000 event. This time, there were no fans in the stands, but the tension was just as palpable. Statement wins over Stan Wawrinka and Kei Nishikori thrust Musetti into the spotlight, which he embraced like a seasoned veteran.

How was Musetti able to make such a significant transition so quickly? The Italian credits his experiences on the ATP Challenger Tour.

"Last year, after I won the Australian Open juniors, I started this process. It was not easy at the beginning, but as I played more matches and saw my ranking go up, it helped me a lot," said Musetti. "The experience in Rome was great, but the real work was in the month before, when I was playing the Challengers in Todi, Trieste and Cordenons. Those were an amazing three tournaments and I played a lot of important matches. I entered Rome with a lot of trust in my game."

For all teenagers emerging from the junior ranks, the ATP Challenger Tour is the training ground. It's where you build your game and develop your talents, while maturing on and off the court. That said, very few 17-year-olds have the opportunity to compete at such a high level throughout the year. But that was the reality for Musetti in 2019.

The Italian federation has made the Challenger circuit a priority. With a total of 18 tournaments held in 2019, they emphasized the importance of developing talent. Musetti cut his teeth against some of the best players in the game, including Kohlschreiber. In fact, he would face a total of eight players inside the Top 120 of the FedEx ATP Rankings last year. For a 17-year-old emerging from juniors, that is invaluable exposure. While Musetti would lose the majority of those matches and posted a 17-17 record at the Challenger level, those defeats only made him stronger.

"It's hard to explain, but it's really difficult at the Challenger level," Musetti added. "Each match is really tough and you have to play 100 per cent. Every player is hungry here and you have to earn every win. It's more complicated than juniors, because there the boys are boys, but here they are men. And they play like it. I'm always trying to focus on improving at this level."

Among players aged 18 & under, Musetti (34) and countryman Jannik Sinner (35) led the ATP Challenger Tour in matches played last year. While Sinner's ascent was nearly unprecedented, soaring from outside the Top 500 to the year-end Top 100, it was Musetti's slow and steady approach that is now paying off.

"His success pushes me and it gives me a fire to try to do better. Jannik had an amazing season and it makes me work harder to see him like that," Musetti said. "I hope to have the level like Jannik, because he is the best of us in Italy. I think that will come soon for me."

In Italy, tennis is beginning to take over the sporting culture. With a bevy of Challengers, the historic Internazionali BNL d'Italia, as well as the Next Gen ATP Finals in Milan and Nitto ATP Finals moving to Torino in 2021, the European nation has become a hub for the sport. It's only a matter of time before this inspires even more young Italians to pick up a racquet.

Thrown into the fire at the Challenger level, Musetti and his longtime coach Simone Tartarini have greatly benefitted from their time spent on the circuit. It's all about trusting the process. After claiming just two Top 100 wins in 2019, the teen has surpassed that total this week in Forli alone. He will look to make it four such victories in a row when he faces World No. 89 Thiago Monteiro in Saturday's championship. A maiden Challenger title is on the line.

From outside the Top 400 just one year ago to knocking on the door of the Top 100, Musetti says he's ready to take the next step.

"I know I still have to work hard to improve, but I'm in my first final and I take that as a positive. I'm just very happy to be in a final for the first time and we'll see what happens tomorrow."