Brandon Nakashima and Chun-Hsin Tseng will compete at the Intesa Sanpaolo Next Gen ATP Finals in Milan next week.

Prior to the action getting underway, however, the #NextGenATP stars swapped the tennis court for the football pitch on Saturday when they went to watch Italian giants AC Milan face Spezia Calcio in Serie A.

“It was the first soccer game for me,” Nakashima said. “It was super fun, crazy atmosphere out here. It was super exciting and it's cool to see other professional athletes playing their sports. We're super thankful for it. To the Next Gen ATP Finals and to AC Milan for inviting us here. It is something that I'll never forget.”

Nakashima and Tseng supported AC Milan from the touchline, cheering the home side on to an important 2-1 win at the San Siro Stadium. The pair also posed for photos with AC Milan legends Franco Baresi [bottom right] and Daniele Massaro [bottom left], while they spoke and took pictures with young fans. 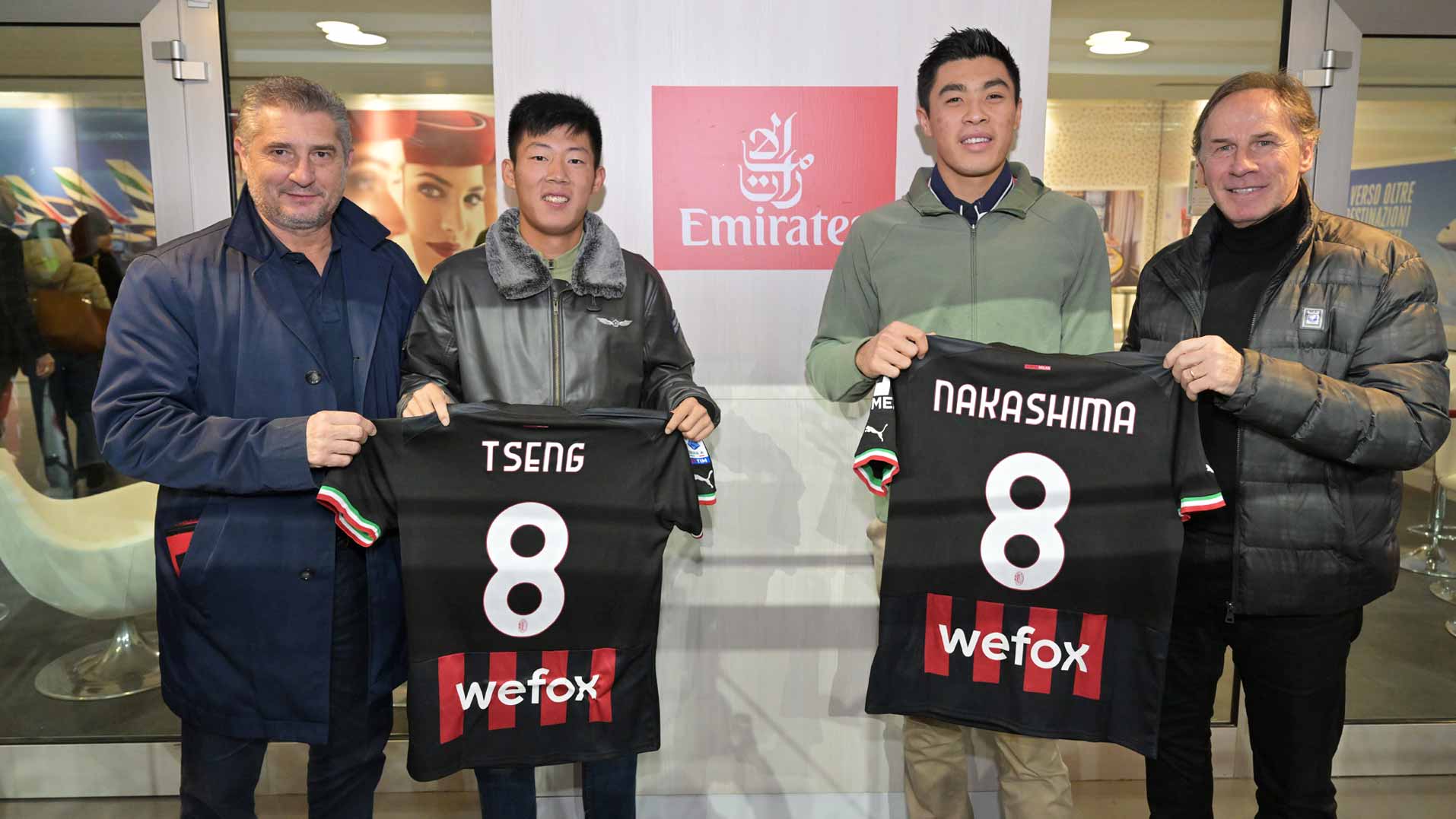 
"We were at the San Siro watching a football match and it was an amazing atmosphere,” Tseng said.

Nakashima and Tseng will now turn their attention to the 21-and-under event at the Allianz Cloud. The 21-year-old American Nakashima, who is making his second appearance in Milan, is in Green Group. Tseng, 21, of Chinese Taipei is making his debut and will compete in Red Group.
More stories like this in:
Premier Partner