Sam Jacot
This article contains:
Pair has been working together for four years

Jiri Lehcka began the season at No. 141 in the Pepperstone ATP Rankings, having never won a tour-level match. Eleven months on and the Czech – who has captured 12 tour-level victories in 2022 – is No. 74 and is set to face Swiss lefty Dominic Stricker on Friday in the semi-finals at the Intesa Sanpaolo Next Gen ATP Finals.

This year, the 21-year-old soared to the semi-finals as a qualifier in Rotterdam before he captured an ATP Challenger Tour crown on home soil in Liberec. His impressive results helped Lehecka qualify for the 21-and-under event in Milan, where he has flourished this week.

While the focus has been on the Czech star, the foundations put in place by coach Michal Navratil have been crucial in Lehecka’s success. Navratil is a prominent member of the 21-year-old’s team, with the pair having worked together for four years.

The Czech coach has worked alongside Tomas Berdych, Jiri Vesley and Adam Pavlasek during his time on Tour and is now using his experience to develop Lehecka's game.

Ahead of his charge's semi-final against Stricker, Navratil spoke to ATPTour.com about the event in Milan, Lehecka’s development and personality, and much more.

How have you found the event in Milan so far?
I think it is an exciting tournament. I have worked on the Tour for many years and [have] been to all the Grand Slams and [ATP] Masters [1000s], but I have never been here, so it is a good experience. I would say [I am] not surprised anymore because I have been on Tour for a long time, but the performance of all these guys [has been] amazing.

Jiri has performed well this season. What have been the crucial factors behind his rise?
I think hard work and [the fact that] Jiri has been focused. Also, we have worked well as a team. With the manager, coach, fitness coach and physio. I would say all of this is important, but of course, the main guy is the player who is doing the hard work on the court. So hard work is important I would say. He is trying to listen to our advice and we have needed to work pretty hard to get here. 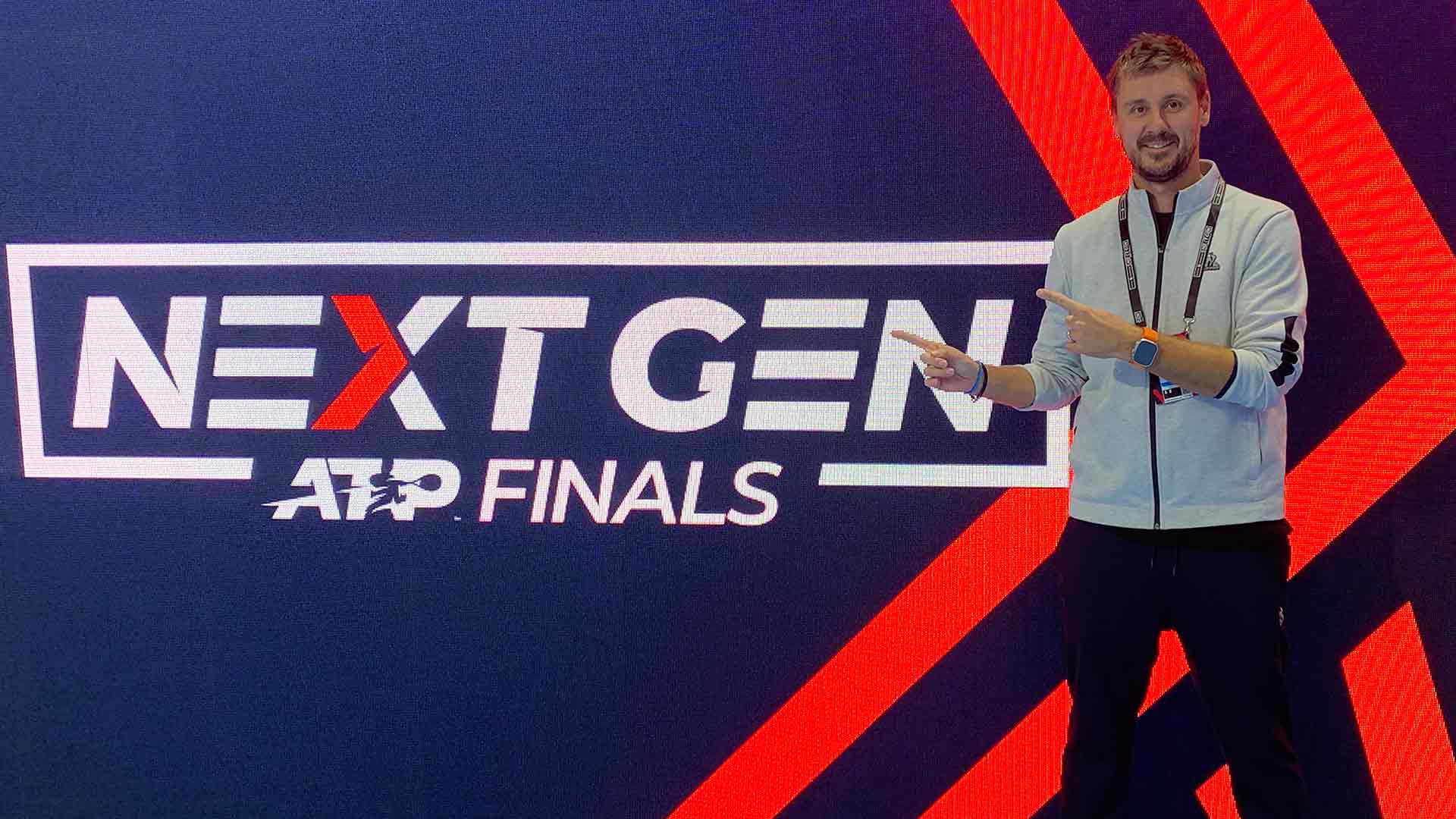 Photo Credit: Sam Jacot/ATP Tour
Can you talk about your first memories of meeting Jiri and your journey so far?
We started four years ago when he was a still junior. I was coaching him with one more player. I would say from the first moment I knew he was a kind guy. A smart guy. And I saw a good heart in him and someone who wants to work.

We started to play League of Legends together on mobile. I just quit for a while because it was too much. We like watching tennis together and going on Instagram.

How would you describe Jiri as a person?
There are two sides to him. I would say off court he is easier to speak with. He is such a nice guy. He is from the young generation and since I was young, I was a PC game player. So, we are close at gaming. We like to talk about anything and he's a funny guy. We have never ever had an issue. Only with some tennis stuff, but that is going [to] happen.

Lehecka reached the semi-finals in Rotterdam. How proud were you of him and how was that experience as a team?
It was good. Because of this tournament we got into the Top 100. It was a huge step. It was a huge performance because he was in qualifying. He won five matches in a row. He beat [Denis] Shapovalov in the first round, [Botic] van de Zandschulp in the second round and then [Lorenzo] Musetti. He then played three sets against [Stefanos] Tsitsipas. Plus he was missing a little bit of fitness.

He was pretty tired, but it was a good opportunity and it gave him a lot of experience. To know he can play with these guys. But on the other side, we then went back to Challenger events where it is not big sunshine. So, it was pretty tough for him. It was a perfect experience to get him used to big events.

How have you found the courtside coaching rule in Milan?
I like it. I like using tablets. For me it's cool. It's helpful, but in the matches, it's not that easy because the time is going so quickly. After the match [it] is perfect because you can look at the [data] and speak about it. I was thinking during the match we will be able to speak more with the players. You have to speak in short periods, like when he gets the towel. It is pretty fun and something new. I always like new things, so I have been excited about it.

What are your thoughts ahead of Jiri’s semi-final match against Dominic Stricker?
I think it's going to be a 50/50 one. They have known each other from a young age. I think they met just once and it was a close match. Jiri usually likes to play against lefties. We have spoken about some tactics, I can’t say what they are, but we have tips on how to figure out the match and how to get through.

Next season, what are the main goals you have in mind for Jiri and how will you go about achieving them?
My goals are the highest. I always said I wanted to have a World No. 1 player. Maybe I will have a player No. 10, 15, 20 or 30. I will do my best to bring my player to the highest point. I hope the player and the whole team will support it. And together we will do the best that we can do.