Otto Virtanen at the 2022 Bergamo Challenger.

Grant Thompson
This article contains:
The 21-year-old is the Finnish No. 2

Planes, trains, and automobiles are a weekly theme for ATP Challenger Tour players as they work hard for points, prize money, and trophies. The travel schedule can be gruelling at times, but the players stay determined as they persevere towards a similar goal: becoming the next professional tennis star.

Finland’s Otto Virtanen recently had an extensive trip that saw him collect two Challenger titles and win 10 matches in 11 days (singles & doubles). After winning the Brest Challenger doubles title (w/ Viktor Durasovic) in October, the 21-year-old quickly departed for the Bergamo Challenger, where he advanced through qualifying en route to collecting his maiden Challenger singles crown.

“I flew after my doubles [in Brest] to Paris, from Paris to Milan, then Milan to Bergamo by car,” Virtanen said. “I had a very late first match and I played really well. I just went day-by-day and kept playing well. Every day I kept gaining confidence and in the [Bergamo] final I just tried to focus on what I was doing well and tried to treat it as a normal match. It was my first final and I think I handled it well.”

Now at career-high No. 174 in the Pepperstone ATP Rankings, Virtanen is among a strong list of champions in Bergamo including the previous three titlists: Holger Rune, Jannik Sinner, and Matteo Berrettini. 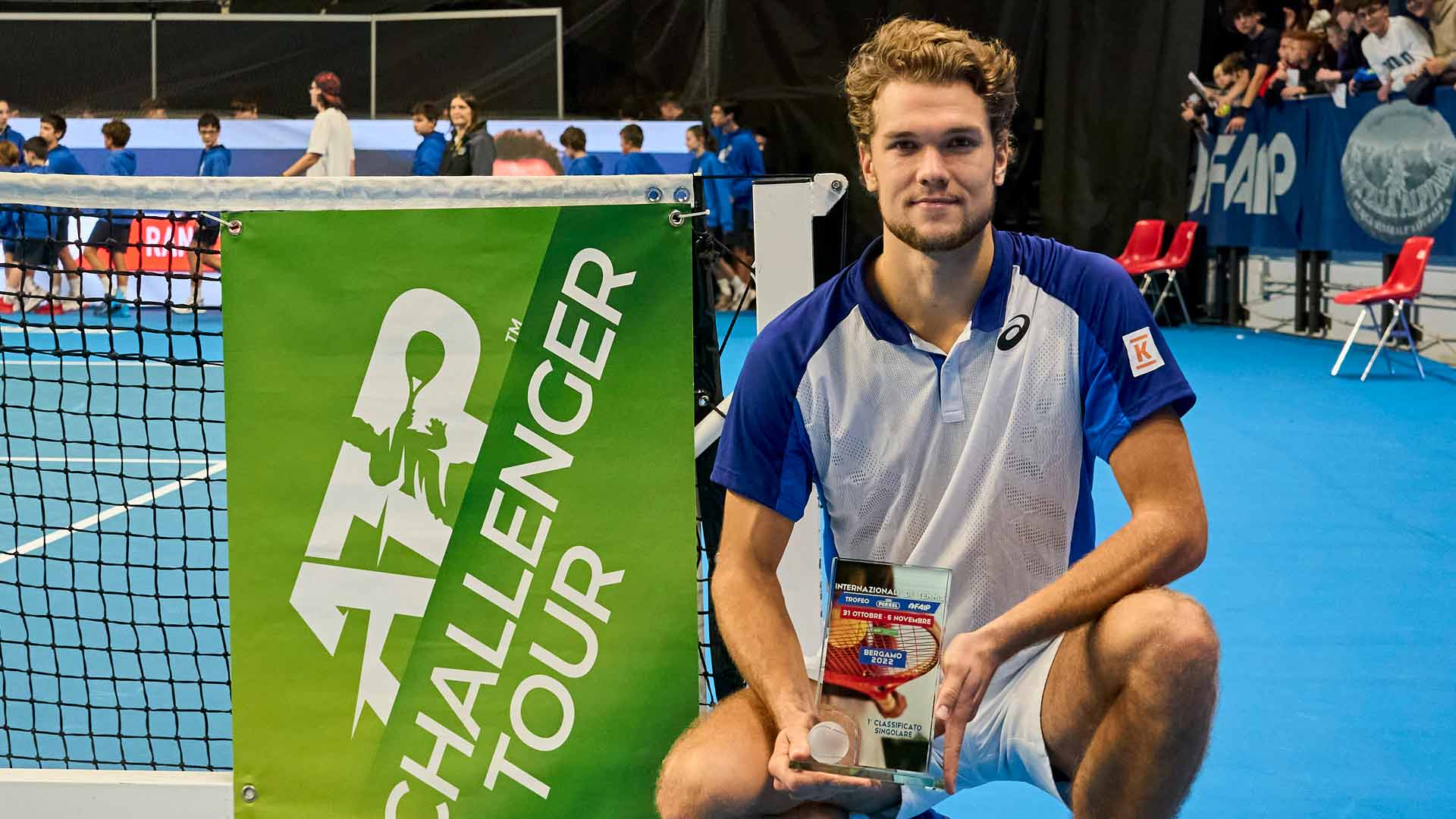 Virtanen, who started the year as No. 395, made his initial Challenger breakthrough this summer as a semi-finalist at the Surbiton and Liberec Challengers. The Challenger 90 event in France was his first Challenger final and the Finn didn’t flinch. Virtanen didn’t drop a set all week en route to the title and maintained his high level in the championship match against former World No. 29 Jan-Lennard Struff.

“I didn’t change anything [about my game plan], I just played solid, maybe a little safer,” Virtanen said. “I was putting more balls in and playing high-percentage tennis. Then when it was a good time, I played more aggressively. I found a good balance to my game.”

The Hyvinkää native is just the second player from Finland to win a Challenger title in the past 10 years and the first since Emil Ruusuvuori in 2019.

Ruusuvuori, 23, is a four-time Challenger titlist. At the 2019 Helsinki Challenger, Ruusuvuori was crowned champion on home soil and defeated Virtanen in the round of 16. This season, Ruusuvuori reached his first Tour-level final in Pune and climbed to a career-high 40. Ruusuvuori and Virtanen have fond memories of growing up together and are now carrying the torch for tennis in their home country as the highest-ranked Finns.

“I’ve known Emil since I was a kid,” Virtanen said. “We played the same tournaments. He’s two years older than me so we were in different age groups but same tournaments in Finland. We practised at the same club. We spend some time together off court as well but we both are busy travelling for tennis, so it’s tough to find the time when we are both in Helsinki. When we both are home, we practise together. It’s good to catch up and see what he’s doing well, take something from him.”

After a second-round exit at his home Challenger this past week in Helsinki, Virtanen closes his season with a 23-14 Challenger-match record. The #NextGenATP youngster has been building upon the lessons he’s learned since graduating from the ITF Futures events and now shifts his attention towards offseason training before aiming for an even stronger showing in 2023.

“It was a rollercoaster [season],” Virtanen said. “I’m happy with this year, where I started and what I’ve achieved. I’m quite happy with the results.

“It’s always a pleasure to be at home. Last tournament of the year, it’s nice to finish here [Helsinki] even though the results this week weren’t that good. But I’m happy to finish the year and now I can focus on next season. I’m really excited.”