Roman Andres Burruchaga in action at the 2022 Guayaquil Challenger.

Grant Thompson
This article contains:
The 20-year-old is the second-youngest Argentine in the Top 300

“In Argentina, he’s a very famous person,” Roman said of his father. “They love him a lot because of that goal, I think the most important goal in the history of Argentina.”

After retiring from professional football, Jorge spent time as a coach and served as general manager of Argentina’s national team during the 2018 FIFA World Cup.

Now it’s the 20-year-old Roman’s turn to have a pro career of his own, except in tennis. Since claiming two ITF Futures titles in 2021, Burruchaga is making a sudden impact on the ATP Challenger Tour.

This past week, the Buenos Aires native reached the semi-finals at the Lima Challenger, where he eventually fell short to countryman Tomas Martin Etcheverry. Four days later, Burruchaga avenged the loss to Etcheverry, defeating the second seed 6-7(3), 7-5, 7-5, in Guayaquil, Ecuador. Burruchaga needed three hours, 36 minutes to earn the highest-ranked win of his career (No. 83).

Burruchaga hopes to build upon his six Challenger quarter-final appearances, including two semi-final runs (Corrientes and Lima), to lift a trophy of his own and add to Argentina’s rich tennis history.

“We [Argentina] have a lot of Challenger Tour players that are so good,” Burruchaga said. “We have to keep going. We have a lot of past history in Argentina and I think in the future we are going to have more great players.” 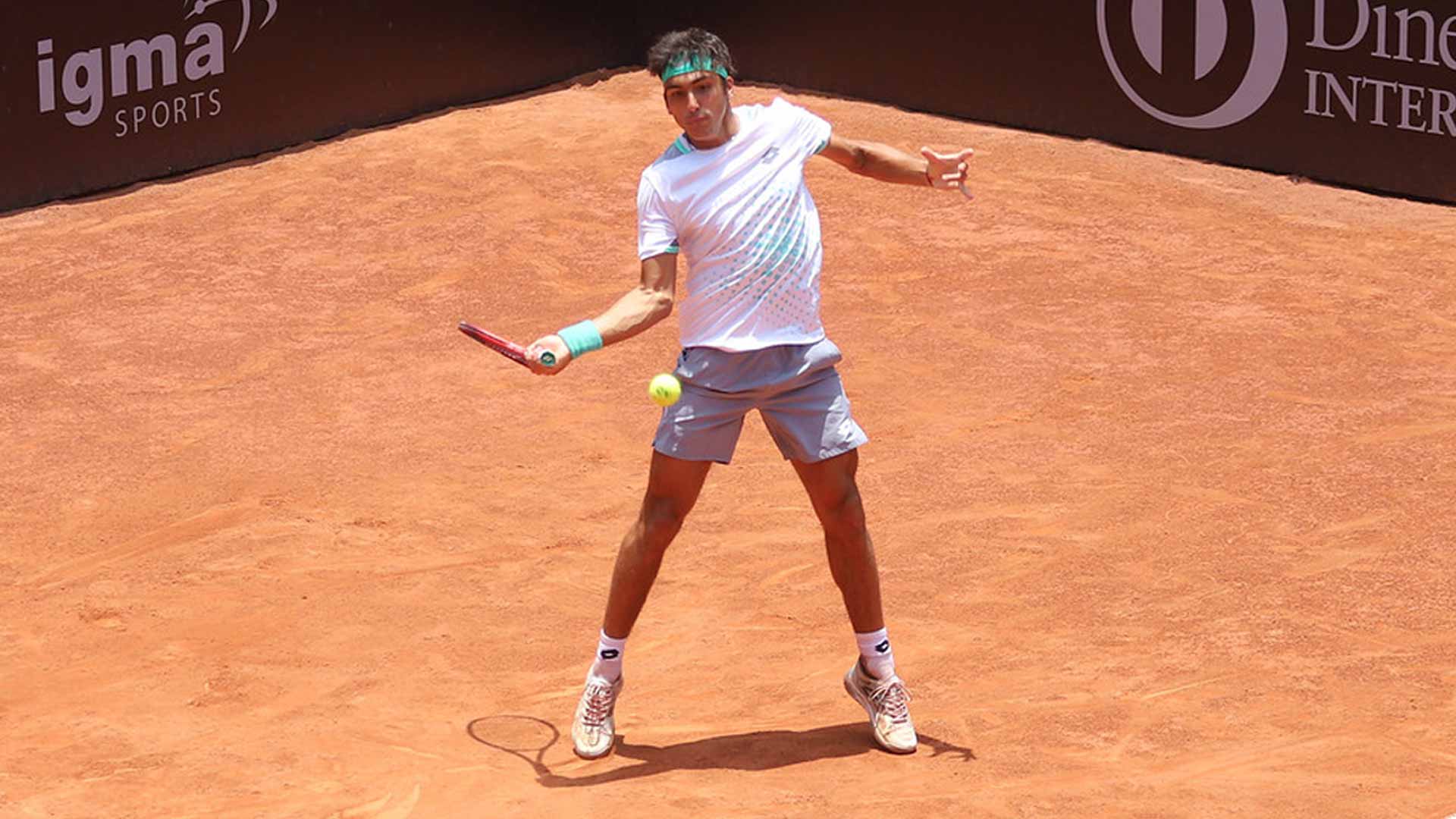 Roman Andres Burruchaga at the 2022 Lima Challenger, where he reached the semi-finals. Credit: @igmachallengers

Growing up, the #NextGenATP youngster was involved in multiple sports. Burruchaga, who still enjoys using his athleticism to play padel, felt no family pressure to choose the sport his dad made a living from.

“When I was younger I started to play table tennis in my home and that was easy for me,” Burruchaga said. “So I started playing tennis… I used to play football, but my father said to me that I should choose what I want. I prefer tennis, and he likes tennis too.”

You May Also Like: Challenger Tour History: Argentina's 21 Titles This Season... And Counting

“I think I’m solid from both sides [groundstrokes],” Burruchaga said. “I like to dictate with my forehand and I like to close points at the net.”

Many Argentines remember the name, ‘Jorge Burruchaga’, and Roman will aim to follow in his father’s footsteps as a sporting icon in their home country.