Taylor Fritz and Michael Russell chat during practice at the Pala Alpitour.

From FaceTime To Facing Nadal: A Wild Week For Fritz

Andrew Eichenholz
This article contains:
Inside the American's successful start to the season finale

Taylor Fritz on Sunday earned one of the biggest wins of his career when he defeated top seed Rafael Nadal on his Nitto ATP Finals debut. Eight days earlier, the American did not know he would be competing in the tournament.

The 25-year-old was on vacation in Switzerland with his girlfriend Morgan Riddle when World No. 1 Carlos Alcaraz withdrew from the season finale. Fritz’s coach, Michael Russell, received a call from his player.

“He FaceTimed me because we were in Switzerland, but separate places. Obviously he was so excited,” Russell told ATPTour.com. “We’ve all had an amazing year. He’s been playing so well and we [had] gotten close to getting directly in and obviously [it was] unfortunate with Carlos having the ab injury. We didn’t know how serious it was and you don’t want somebody to be injured of course. Such a great player, a nice guy.

“When he did have to pull out and Taylor got in, he was just so ecstatic. He was ecstatic obviously to come and be an alternate, but to get in directly and have a chance to play for the title, it just gives you that extra adrenaline and motivation.” 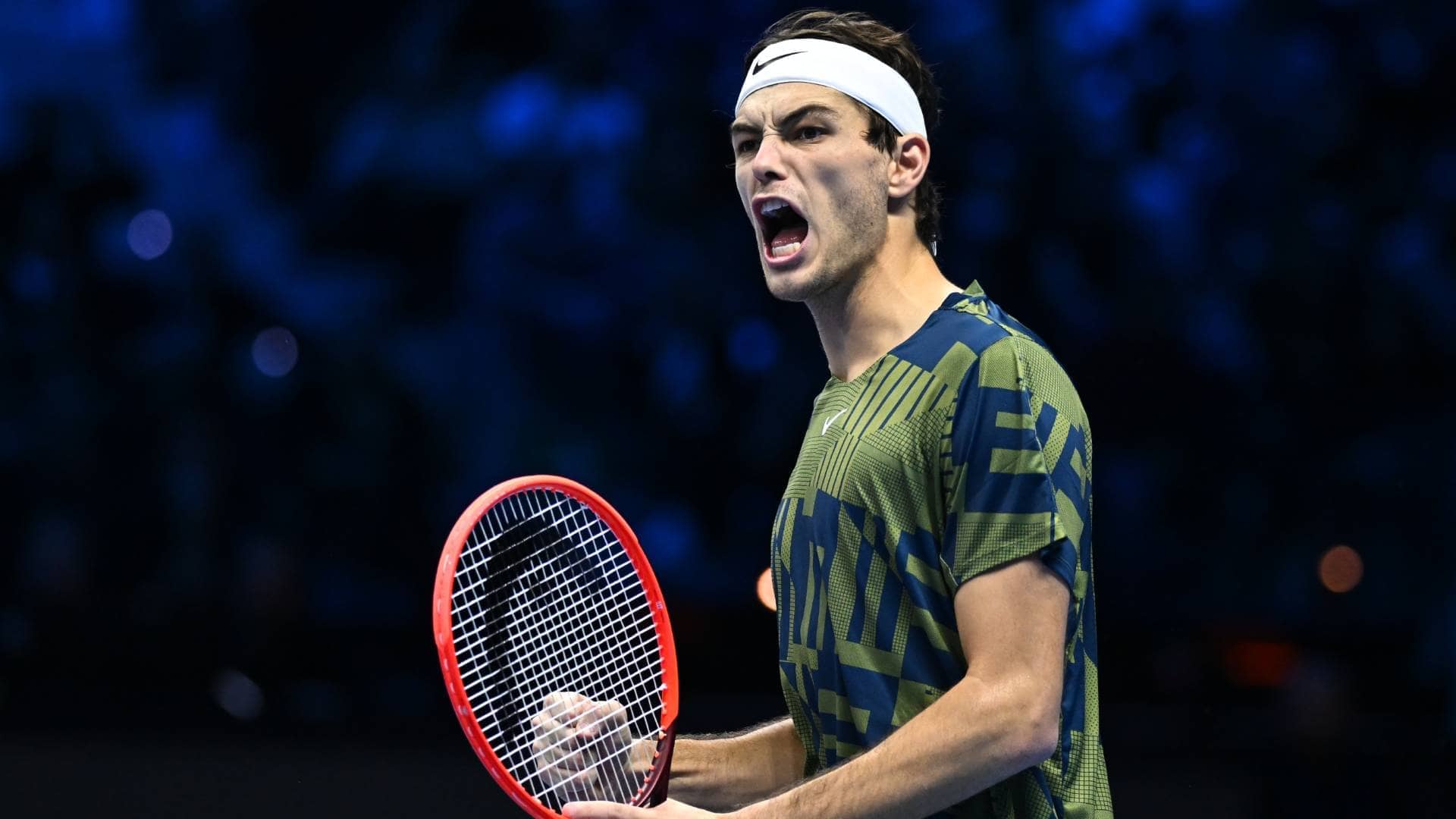 Photo Credit: Corinne Dubreuil/ATP Tour
Although Fritz and Russell both traveled to Switzerland, they were far from checked out.

“He didn’t play well in Paris unfortunately. But we said, ‘Okay, we’re going to take a few days off, rest, recharge, go to Switzerland, use a little mini vacation’. Then [at] the beginning of this week, we went full-on with the training and used it as a preseason the first three days,” Russell said. “We trained really hard, so he was pretty sore the first few days. But we needed to have that fitness, that strength and the time on court so he could feel confident.”

The night before playing Nadal, Fritz practised in the evening at the Pala Alpitour to create conditions as similar as possible to the match. The American then levelled his ATP Head2Head series at 2-2 against the legendary lefty with an impressive performance full of aggressive play.

“I think I like it more [playing a top opponent like Nadal immediately] because when I play the top guys, I just always play better tennis because I know I need to. I know I'm not going to get away with anything less than my best tennis,” Fritz said. “When I have those shots on the court, ‘Should I go for it?’ I'm pulling the trigger more. I'm much more prone to play a not-so-good match against a lower-ranked person who I really, really don't want to lose to.”

You May Also Like: When In Italy... Fritz On Colosseum or Mount Vesuvius?

The last time Fritz played Nadal was in the Wimbledon quarter-finals. The American let slip a golden opportunity to reach his first major semi-final, falling to the Spaniard in a fifth-set tie-break. But he showed no ill effects from that defeat on Sunday in Turin.

“In this sport you have so many matches where you play the same opponent, knowing each other and having two matches against Rafa this year. Both were tough matches. Indian Wells was straight sets, but it was a tie-break in the second set. Then Wimbledon was an epic four-and-a-half hour, five-set match,” Russell said. “Going in, you know how tough it’s going to be. But at the same time, he still has that belief that he could win every match no matter who he’s playing.”

That belief paid dividends in Turin. Nadal is one of the best fighters in the history of sport, always finding a way to claw back into matches no matter the deficit. Fritz did not allow the 17-time Nitto ATP Finals qualifier to do that though, sprinting away with the win.

“He knew what to expect. He knows that the crowd is going to be loud. He knows Rafa is Rafa. He’s always going to come in, he’s going to fight for every point. He’s going to find ways to try to dig out matches and Taylor knew that he was going to have to serve well, play aggressive and not get in long rallies,” Russell said. “The court is fast, [he knew he had to] use that to his advantage, really look to attack second serves when he can.”

However impressive his win against Nadal was, Fritz cannot rest on that victory. He plays third seed and two-time major finalist Casper Ruud on Tuesday in Italy. On Thursday, this year’s Indian Wells champion will play in-form Canadian Felix Auger-Aliassime.

“Everybody’s going to be gunning for each other. Casper’s playing fantastic, Felix played unbelievable the rest of the fall, so you’ve got to get ready, regroup and just approach every match like it’s a final,” Russell said. “Everyone’s going to play really, really solid and be fired up. The preparation has to be the same, the mindset has to be the same. You go in with the expectation that the intensity, the focus and the energy has to be there.”